Rausch was the voice of the Texas Playboys for six decades 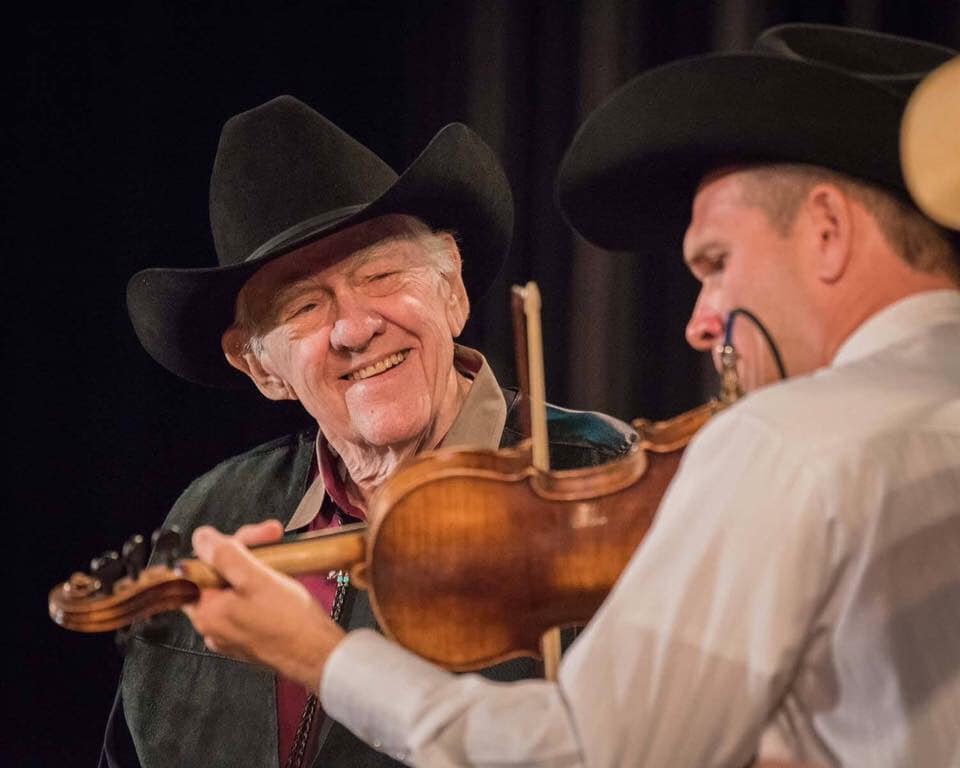 Hired by Bob Wills in 1958, Leon Rausch was the voice of the Texas Playboys for six decades, so his death Tuesday in Fort Worth at age 91 marks the end of an era. But the torch he carried for Western Swing—which the Texas Legislature designated the official “State Music of Texas” in 2011—continues to light the way for newer generations of musicians, including Asleep at the Wheel, Dale Watson, and George Strait’s Ace in the Hole Band.

“It’s hard to put into words what Leon Rausch has meant to me and to everyone that’s been in Asleep at the Wheel,” bandleader Ray Benson posted on Twitter. “From day one he was in our corner, our hero giving us advice, collaborating with us, performing with us, just being our friend.”

It’s hard to put into words what Leon Rausch has meant to me and to everyone that’s been in Asleep at the Wheel. From day one he was in our corner, our hero giving us advice, collaborating with us, performing with us, just being our friend. He is the reason we did/do “Route 66” pic.twitter.com/KTVsTCP05k

Rausch’s original stint with Wills and the Playboys was five years, as he left to start his own band in 1963. But when an ailing Wills assembled the lineup for his final LP, 1973’s For the Last Time, he asked Rausch to be the singer. Wills had a stroke on the first day of recording, but the band finished the LP, which features some of Rausch’s strongest vocals.

Wills, “The King of Western Swing,” passed away in 1975, prompting his wife, Betty, to bequeath the Texas Playboys to a pair of Leons. Steel guitar giant Leon McAuliffe, who had joined the Playboys in 1935 and created a sensation the next year with “Steel Guitar Rag,” had seniority. When he passed away in 1988, Leon Rausch took the reins and actively advanced the legacy of the Texas Playboys. Rausch led the 2015 Wills tribute album Still the King, whose all-star cast included Carrie Underwood, George Strait, and Brad Paisley, backed by Asleep at the Wheel.

“Leon would never agree, but I think he was the best of the Texas Playboys singers,” said fiddler Jason Roberts, handpicked by the Wills family to lead the current crop of Texas Playboys. “He was a naturally gifted singer, but what I especially loved about his voice was the honesty. He truly believed everything he sang—and so did I.”

Rausch was a regular at Bob Wills Day in Turkey every April and at October’s Bob Wills Fiddle Fest in Greenville until 2018, when his health kept him home in Fort Worth. Vonda Rausch, his wife of more than 65 years, was always at his side.

“He was always so much fun to be around,” Roberts added. “Such a quick wit, with all these great stories.”

Edgar Leon Rausch was born in Billings, Missouri, in 1927. “His father played the mandolin, his mother sang, and they had a little family trio,” Roberts said.

After a stint in the Navy during the Korean War, Leon and Vonda ended up in Tulsa, Oklahoma, where he got a job at a glass factory. On nights and weekends, Leon sang with Johnnie Lee Wills, Bob’s younger brother.

“Well, when Bob heard Leon, he wanted him in his band,” Roberts said. “He tried to get him on the bus to California [replacing Glynn Duncan, the younger brother of original Playboys singer Tommy Duncan] that first night, but Leon said he had to give two-weeks notice at the factory. That’s the kind of stand-up guy he was.”