Caught between two countries, the Tejano from San Antonio was labeled a traitor in both Texas and Mexico 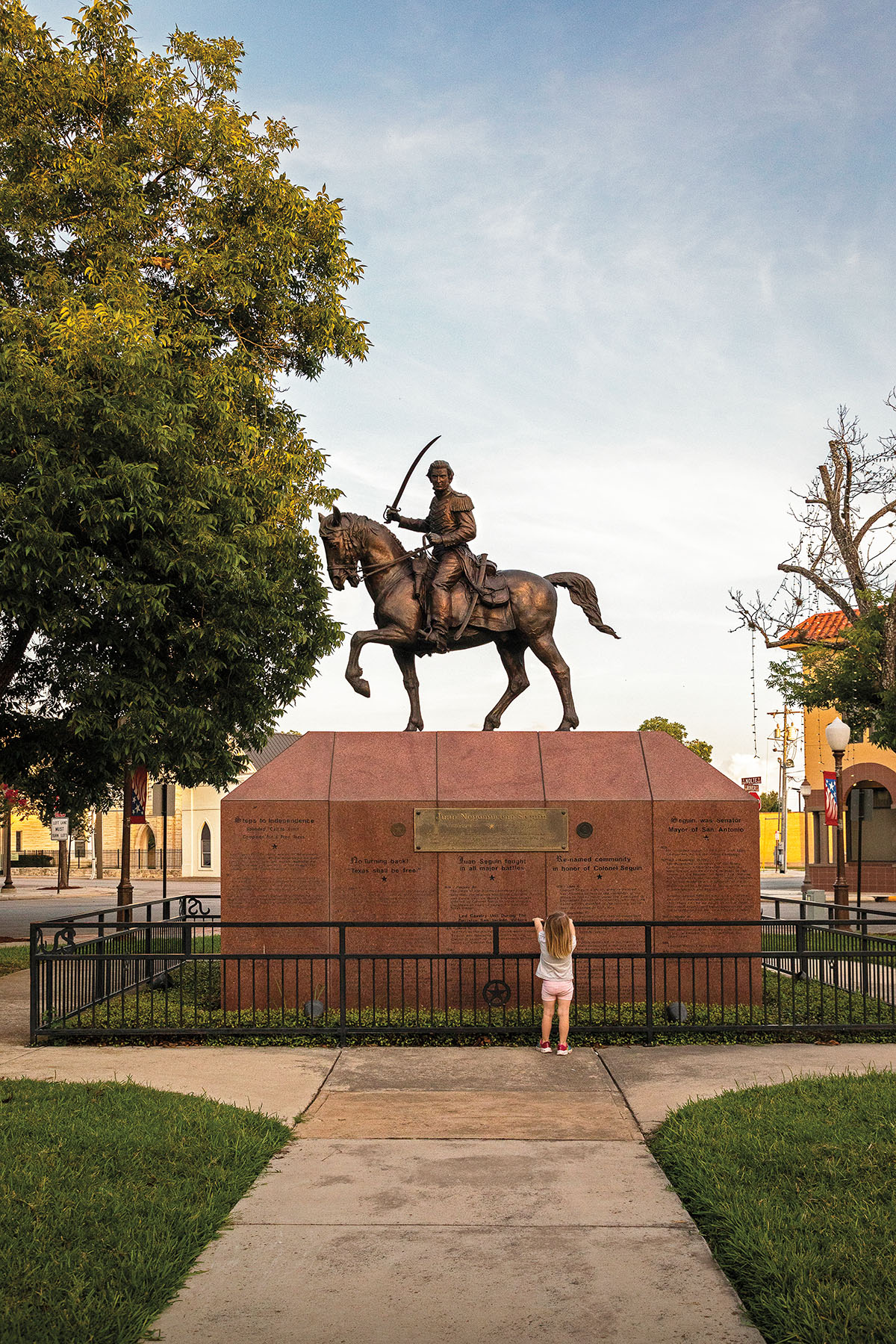 When Albert Seguín Gonzales was a boy, his grandmother told him stories about their ancestor Juan Nepomuceno Seguín—how he fought for Texas independence, commanding a company of Tejano volunteers. He even served in the Battle of the Alamo, surviving because he’d been sent out to seek reinforcements—he knew the territory better than anybody else—before Santa Anna’s army attacked.

Juan Seguín had deep roots in San Antonio, where he was born in 1806. In the 1720s, his family was among the city’s founders, and his father had helped a settler from Missouri who, because this was Mexico at the time, sometimes signed his name “Estevan F. Austin.”

As Seguín Gonzales listened to his grandmother’s stories, he tried to keep his mind from wandering. “I was just a kid,” he says, now a 76-year-old with hair the color of cotton. “It went in one ear and out the other.”

It wasn’t until years later that Seguín Gonzales, a resident of Texas City, took a sincere interest in Juan Seguín’s life, prompted by an article he read. Seguín Gonzales studied what he could find and asked family members what they knew. Some of their reactions surprised him. “A lot of them had reservations about saying anything about Juan Seguín,” he recalls.

“I guess because, I don’t know how to put this gently, a lot of the family members were led to believe Juan Seguín was a traitor.”

Like many Tejanos, Seguín felt an increasing alienation from the place he considered home after Texas won independence from Mexico. “He was a man caught between two countries,” says Jesus F. de la Teja, a professor emeritus at Texas State University and former official State of Texas historian. In 1991, De la Teja published A Revolution Remembered: The Memoirs and Selected Correspondence of Juan N. Seguín, drawn from personal notes Seguín wrote in 1858 as a response to those who called him a traitor. 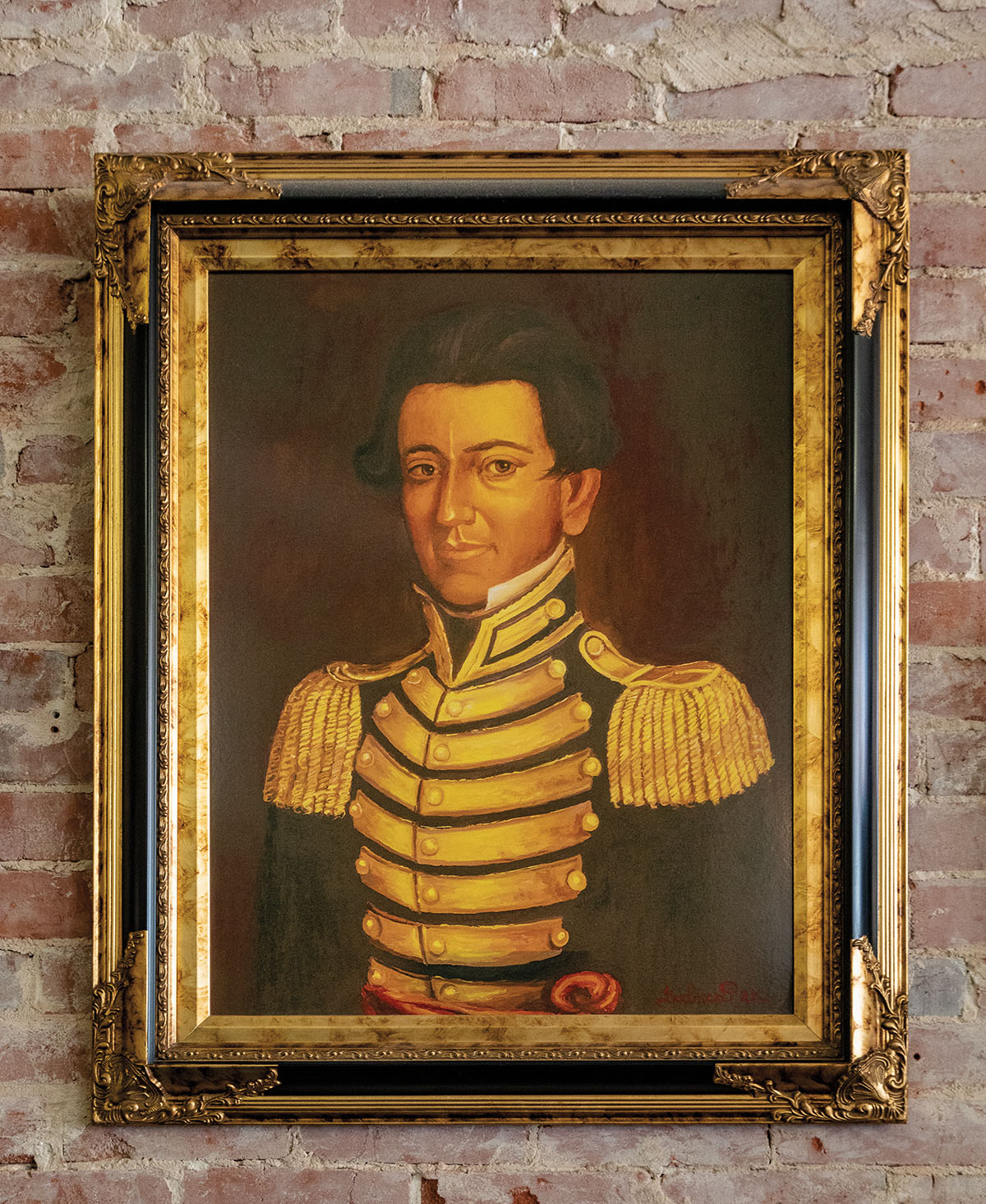 An 1838 portrait of Seguín in the Seguin Guadalupe County Heritage Museum.

Such claims began in 1842 after Texas attempted to expand its territory into New Mexico. For four months, an expedition of Texans traveled northwest through hostile lands, lacking provisions and even proper direction. By the time the Texans reached New Mexico, Mexican authorities were waiting for them. The captured Texans were forced to walk 1,500 miles to a Mexico City prison, ending the so-called Santa Fe Expedition in disaster. Some questioned whether Seguín had told the Mexican government of the plan.

A year later, those rumors got louder when, as mayor of San Antonio, Seguín wrote a letter to Texas President Sam Houston. He asked for help, saying he suspected Mexican forces planned to invade his city. Government officials said Texas had no money to help. The Mexican military did come—part of continued Mexican attempts to recapture Texas. Though Mexico’s effort failed, the episode fueled suspicions about Seguín’s loyalty to Texas as his political enemies propagated the slander. Fearing for his life, Seguín resigned as mayor and fled to Mexico.

In his memoir, Seguín wrote of feeling betrayed by “some ungrateful Americans who strove to murder me.” But as soon as Seguín stepped foot in Laredo, then a part of Mexico, authorities arrested him. Since he’d been a Mexican citizen who fought for Texas independence, Mexico also considered him a traitor. The Mexican authorities presented Seguín with two options: He could stay in prison or fight for Mexico. He chose the latter, and ultimately fought on the Mexican side in an attempt to reclaim Texas. “He fought against American forces and was chased all around the Rio Grande by Rangers,” De la Teja says. “They never did catch up with him.” 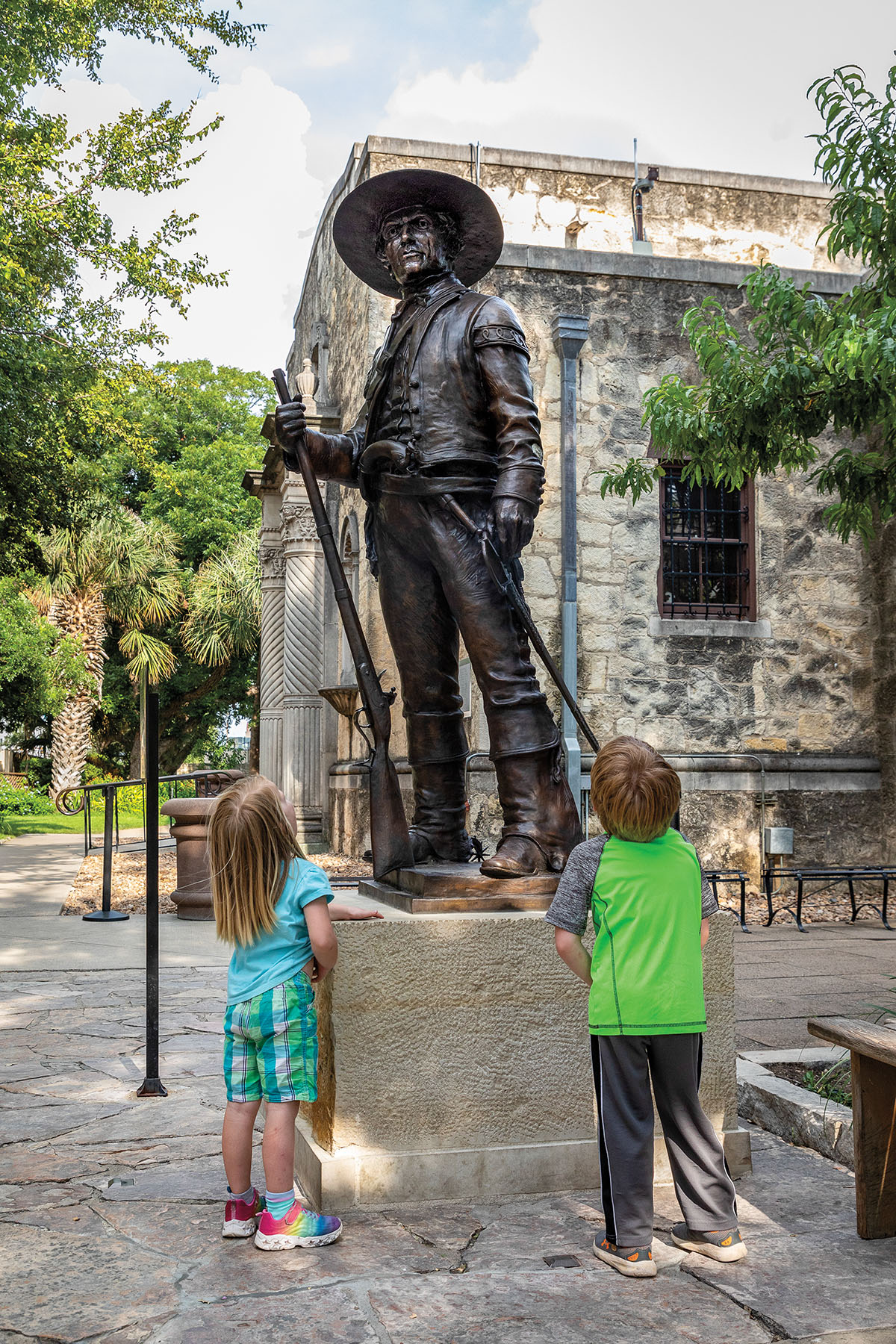 After the Mexican-American War ended in 1848, Seguín wrote another letter to Houston, now a U.S. senator, saying he’d suffered much and wanted to come back to Texas, which he did before the year’s end. But for Seguín and other Tejanos, who had lost property and what little political power they had, Texas wasn’t the same place it was before the revolution.

In 1870, Seguín moved to Nuevo Laredo, Mexico, where his son, Santiago Seguín, lived. As an old man, he’d talk about the revolution as tears drowned his eyes. Perhaps he cried remembering how he fought for independence, and
yet had lost so much. When he died in 1890, Juan Seguín’s body was buried in Nuevo Laredo.

Seguín could have been a footnote of history—someone like Domingo Diaz, Clemente Garcia, Antonio Hernández, and Agapito Tejado, whose contributions fighting for Texas in its revolution from Mexico are overshadowed by the usual names in Texas history books. Someone whose memory only survived in family stories. But then, something changed.

The Seguin Guadalupe County Heritage Museum in Seguin contains portraits and a bust of Juan Seguín among its exhibits. Two blocks south of the museum, a bronze statue of Seguín on horseback adorns Central Park. heritagemuseum.net

Juan Seguín’s burial site is in a park at 789 S. Saunders St. in Seguin. seguintexas.gov

The Alamo honors Juan Seguín with a bronze statue made by artist Enrique Guerra in its Cavalry Courtyard. thealamo.org

“In the past 40 years or so, as the Mexican American community in Texas grows and demands its place in Texas history, figures like Seguín, who were there all along, are beginning to be taken as serious historical figures,” De la Teja says. “He’s not the only one.”

This type of recognition helped heal Seguín’s reputation. Though white Texans looked at him suspiciously for decades, partly because of his Mexican ancestry, it wasn’t enough to overshadow his legacy as a warrior and leader for Texas independence. Other Tejanos deserve the same recognition but have been largely forgotten, wiped clean from Texas’ collective memory. Against the odds, Seguín’s memory now lives on, and he has been welcomed back to his home state.

Coinciding with the U.S. Bicentennial, the Seguín Bicentennial Commission negotiated to move Juan Seguín’s body from Nuevo Laredo to Seguin, the South Texas town named in his honor. And on July 4, 1976, the community watched as Seguín’s body was reburied, 86 years after his death. “Juan Nepomuceno Seguín,” reads the engraving on his tomb. “Texas patriot, statesman for whom the city of Seguin was named.”

For the last 30 years, Seguín’s descendants have sometimes gathered on the last Saturday of October at the tomb, which is set on an oak-shaded hilltop, not far from the weather-beaten flags of Texas, Mexico, and the U.S. Some years, the gatherings coincide with Seguín’s Oct. 27 birthday.

“We’ve had congressmen, senators, mayors, authors, and artists as our keynote speakers,” Seguín Gonzales says, adding that no gathering is planned for this October due to COVID precautions.

Once likened to Benedict Arnold and Judas, Seguín now has statues built in his honor, including one about a mile from his gravesite and another at the Alamo. Highways, parks, and schools also bear his name. In 2020, the State Fair of Texas celebrated state icons, elevating Seguín alongside the likes of Selena, Beyoncé, bluebonnets, and Dr Pepper.

After years of shame associated with his ancestor, Seguín Gonzales says the restoration of Juan Seguín’s reputation and his deserved status as a hero of the Texas Revolution have been an inspiration to his family.

“The knowledge we have about Juan Seguín and what he did for Texas spurred some of the younger family members to do their own research,” he says. “We’ve had several college graduates as a result.”