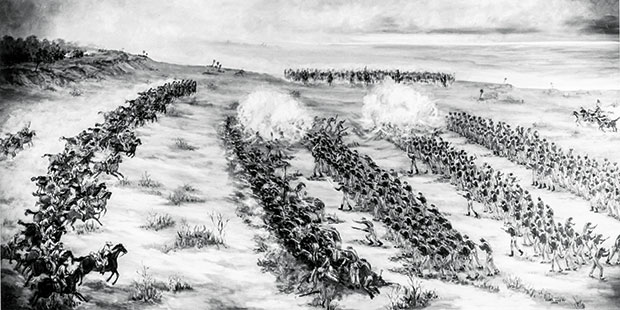 When historians expound on the most important action in the Civil War, they usually focus on battles fought east of the Mississippi River. But his-torians of the Lone Star State point out that seminal events also transpired on the Texas-Mexico border, where the Confederacy conducted a subversive and lucrative cotton trade to finance its war effort.

Visit the Rio Grande Valley Civil War Trail website for maps and photos, as well as historical information and audio tours in English and Spanish.

Earlier this year, University of Texas Rio Grande Valley professors Russell Skowronek and Chris Miller launched the Rio Grande Valley Civil War Trail to highlight this little-known but fascinating aspect of American history and promote heritage tourism throughout the region. Mapped out on a website and brochure, the trail spans five border counties—Webb, Zapata, Starr, Hidalgo, and Cameron—from the mouth of the Rio Grande near Brownsville to the streets of Laredo. The website chronicles the history of the trail’s 60 sites, from battlefields to museums and nature preserves, with text and podcasts. It also provides maps, access information, and contemporary and historical photos.

“The Civil War was a big deal in this region, economically, socially, and politically,” Miller says. “As we developed the trail, we were surprised to find so many people with family stories about dramatic events on the border that had an impact on the war.”

“Cotton was the South’s most marketable commodity,” adds Skowronek, “but the Union blockaded all the southern ports, so the Confederates moved $162 million worth of cotton through Mexico. If the North had been able to control this international boundary, the war could have ended a year earlier, sparing some of the 600,000 who lost their lives.”

Businessman Charles Stillman, the founder of Brownsville, grew rich brokering and shipping cotton as teamsters hauled the white gold from southern plantations to the border. On the Rio Grande—an international waterway that the Union navy could not blockade—steamboats hauled the cotton from Roma, Rio Grande City, and other Valley towns to the wild Mexican port of Bagdad. Ships from all over the world offloaded weapons and supplies for the Confederacy before taking on cotton, which they carried to textile mills in places like England and France.

At the Museum of South Texas History in Edinburg, you can “go aboard” a steamboat re-creation, complete with cotton bales, and see a short film about the Valley’s steamboat era. The museum also exhibits Civil War arms and broken dishes, bottles, and other relics from long-gone Bagdad, which was destroyed by a hurricane in 1867 and never rebuilt. In Brownsville, Stillman’s 1850 antebellum home is now the Stillman House Museum, outfitted with antique Stillman family furnishings. 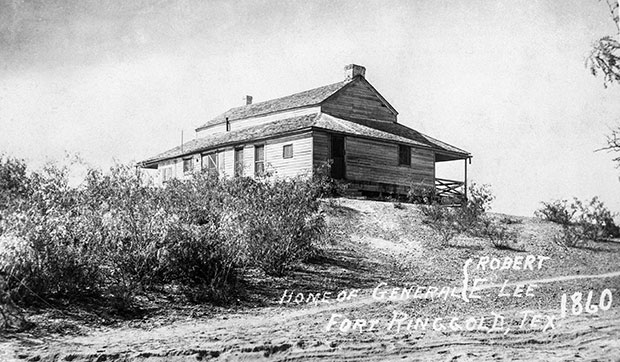 While the Civil War Trail does not cover sites in Mexico, Skowronek says the trail literature touches on aspects of Mexican history that are important to understanding the regional picture. Brownsville changed hands between the Union and Confederacy five times during the Civil War, forcing refugees back and forth across the river to Matamoros. Meanwhile, Mexico had its own civil war raging from 1862 to 1867, when French invaders joined Mexican Conservatives in battling the Liberal followers of Benito Juárez. Complicating the Rio Grande situation even more, Juan Cortina—known as the “Mexican Robin Hood”—and his vigilantes raided both sides of the border before and during the American Civil War, sometimes fighting the Confederates and sometimes the French. (Cortina’s sword is on display in the Stillman House Museum.)

Covering the period from 1846 to 1876, the Civil War Trail also encompasses sites from the war between the United States and Mexico. Many figures who played major roles in the “War Between the States,” including Ulysses S. Grant, fought in the 1846 Battle of Palo Alto, which was the opening clash of the Mexican-American War.

North of Brownsville, the Palo Alto Battlefield National Historical Park offers hiking trails that overlook the undeveloped battlefield—a thorny coastal prairie of cordgrass, mesquite thickets, and cacti. The park’s visitor center also has interactive exhibits explaining the battle. Artifacts on view include percussion pistols, cross sabers, cannon balls, and unit buttons. On November 14, the park will host its annual Memorial Illumination with the lighting of 8,000 luminarias at the Resaca de la Palma Battlefield to honor Mexican and American veterans of the war.

The Civil War Trail also takes visitors to the nearby coast, where the Port Isabel Museum of History exhibits a collection of Mexican-American War artifacts, including six-pound cannon balls, one of Zachary Taylor’s 1848 buttons, and an 1840s sword that was dubbed “the old wrist-breaker.” Port Isabel is also home to the Port Isabel Lighthouse, a state historic site and the only historic lighthouse on the Texas coast that’s open to the public. Visitors can climb the lighthouse stairway to its 50-foot observation tower, where Confederates once monitored a Union Navy blockade off the coast.

Farther inland, the Civil War Trail leads travelers to Lower Rio Grande National Wildlife Refuge, home of La Sal del Rey, a 530-acre salt lake surrounded by thousands of acres of Tamaulipan thornscrub and grasslands. During the Civil War, Confederates mined salt from the lake; it proved to be such a valuable resource that Union forces destroyed the salt works in 1863, temporarily halting Confederate salt mining.

Opened in 2011 in Zapata, the Zapata County Museum of History devotes an entire gallery to the Civil War. Museum Director Hildegardo E. Flores wrote five podcasts for the Rio Grande Valley Civil War Trail project. “The text and graphics in the gallery concentrate on local events during that period, including local Union sentiment,” says Flores. “We also cover the Cortina insurrection, which curtailed further encroachment and ethnic cleansing tactics practiced on the local Hispanic population by opportunistic interlopers from the north and sanctioned by state government officials. The museum’s account strikes a balance by also presenting examples of local participation in the Confederate cause.”

As Union forces tightened cotton-smuggling routes in the lower Rio Grande Valley in late 1863 and early 1864, teamsters delivered cotton to Laredo and Eagle Pass. Confederates led by Colonel Santos Benavides occupied Laredo and successfully fended off a larger Union force—protecting 5,000 bales of cotton in the process—in the Battle of Laredo on March 19, 1864. The Civil War Trail literature points travelers to Laredo’s San Augustín Plaza, including Benavides’ historic home on the west side (not open to the public).

The trail also explores the complicated racial aspects of the conflict in South Texas. Some 2,500 Tejanos fought for the Confederacy in the war, and more than 900 joined the federal army. The Union also deployed African-American troops to the Rio Grande. Along the Rio Grande in Hidalgo County, the trail leads to the historic Jackson Ranch and Eli Jackson Cemetery. Nathaniel Jackson, a Unionist from Alabama, established the ranch with his African-American wife after they left their home in Alabama to escape prevailing attitudes about interracial marriage. Their ranch became a stop on the Underground Railroad that helped fugitive American slaves en route to Mexico.

Toward the end of the war, Union Major General Lew Wallace, author of the novel Ben Hur, floated a plan to end the fighting in Texas that was custom-made for the time and place. In March 1865, he met with Confederate Brigadier General James E. Slaughter and Colonel John S. “Rip” Ford, basically suggesting that the Rebels drive the French out of northern Mexico and then create a new American state that combined South Texas with two or three northern Mexican states.

Wallace’s scheme didn’t fly, and moreover, Union and Confederate borderland combatants refused to lay down their arms when the South surrendered at Appomattox on April 9, 1865. A month later, the blue and the gray fought once again on the Rio Grande. Just east of Brownsville on Texas 4, a roadside overlook gives a view of the site of the Civil War’s final land battle, now preserved as Palmito Ranch Battlefield National Historic Site. The ghosts of war still linger on the plain, where the last blood was spilled in the long and terrible fight between American brothers.