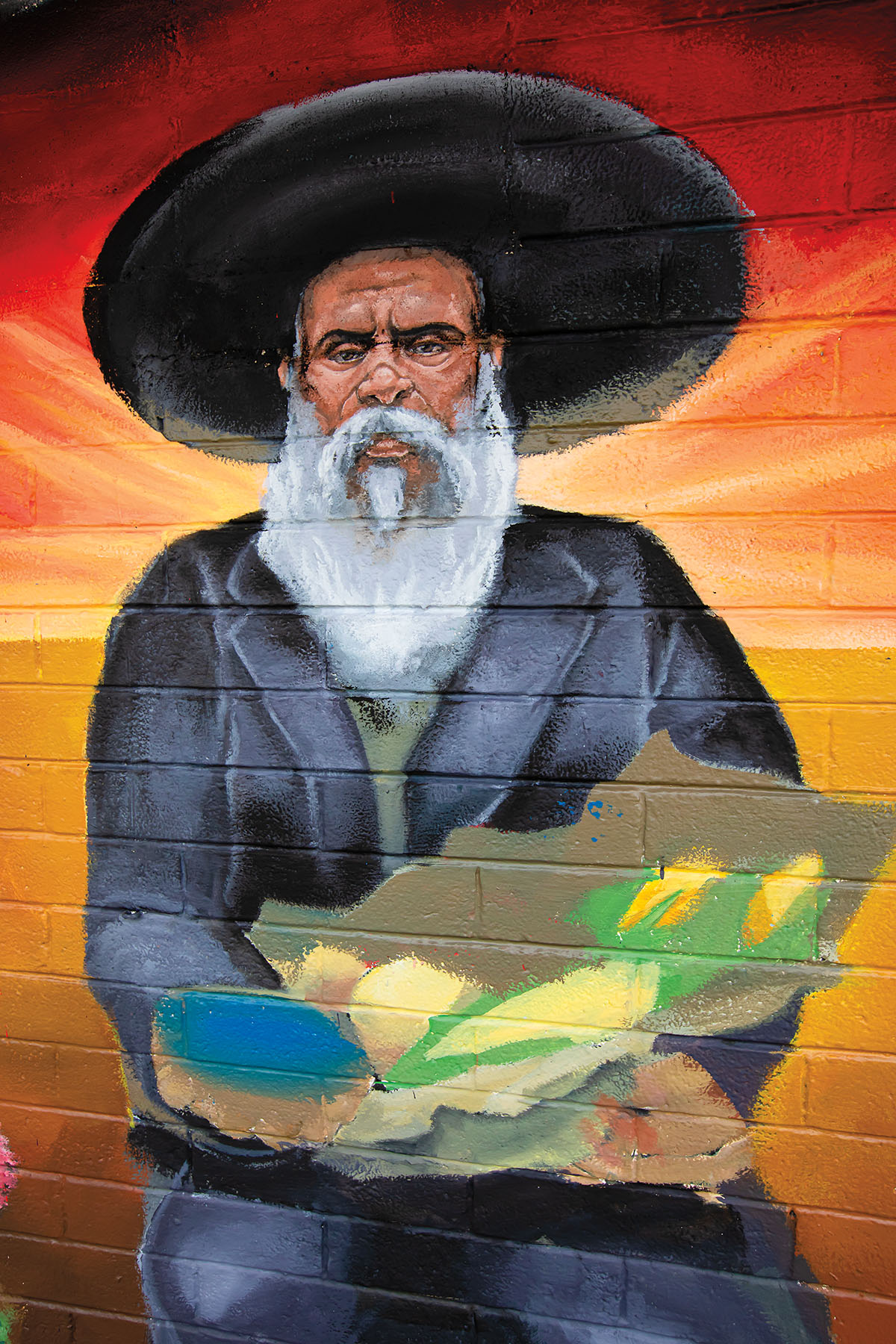 The burial shrine for saintly South Texan Don Pedro Jaramillo sits beside a dusty farm-to-market road in the brush country near Falfurrias, about 60 miles southwest of Corpus Christi.

If you’re unfamiliar with Jaramillo, the inscription on his granite headstone might seem a bit hyperbolic. It proclaims him “the benefactor of humanity.” But for South Texans raised on stories of Jaramillo’s legendary benevolence, his epitaph could not be more fitting.

Jaramillo, more widely known as Don Pedrito, was a community leader and curandero, or folk healer, around the turn of the 20th century. In black-and-white photographs, he’s shown with a long white beard and a deep scar across the crumpled bridge of his nose. From 1881 until his death on July 3, 1907, he lived in a modest adobe hut near the banks of Los Olmos Creek in Brooks County, where he prescribed equal doses of Catholic faith and homespun remedies to heal the sick.

At first, Jaramillo simply administered to his neighbors, oftentimes riding a donkey or walking on “healing missions” to area ranches where medical care was practically nonexistent for vaqueros and laborers of Mexican ethnicity. Though Jaramillo wasn’t a priest and operated outside the formal church structure, his acclaim quickly spread. Thousands of pilgrims flocked to him by foot or wagon from throughout the Texas-Mexico borderlands. On any given day, up to a hundred sick or disabled people could be found outside his hut, eating beans and corn harvested from his small patch of land, as they waited for their moment with Don Pedrito.

“He’d actually feed them and take care of them while they sat and waited,” says Jennifer Koshatka Seman, a historian who researched Don Pedrito for her dissertation at Southern Methodist University. Now a lecturer at Metropolitan State University in Denver, Seman is the author of Borderlands Curanderos: The Worlds of Santa Teresa Urrea and Don Pedrito Jaramillo, which the University of Texas Press is publishing in December. (Urrea, a contemporary of Jaramillo, lived in El Paso.)

“He was an effective healer,” Seman says of Don Pedrito. “He also provided social support and a kind of informal welfare to his community at a time in Texas history when there was a lot of violence against people of Mexican descent.” 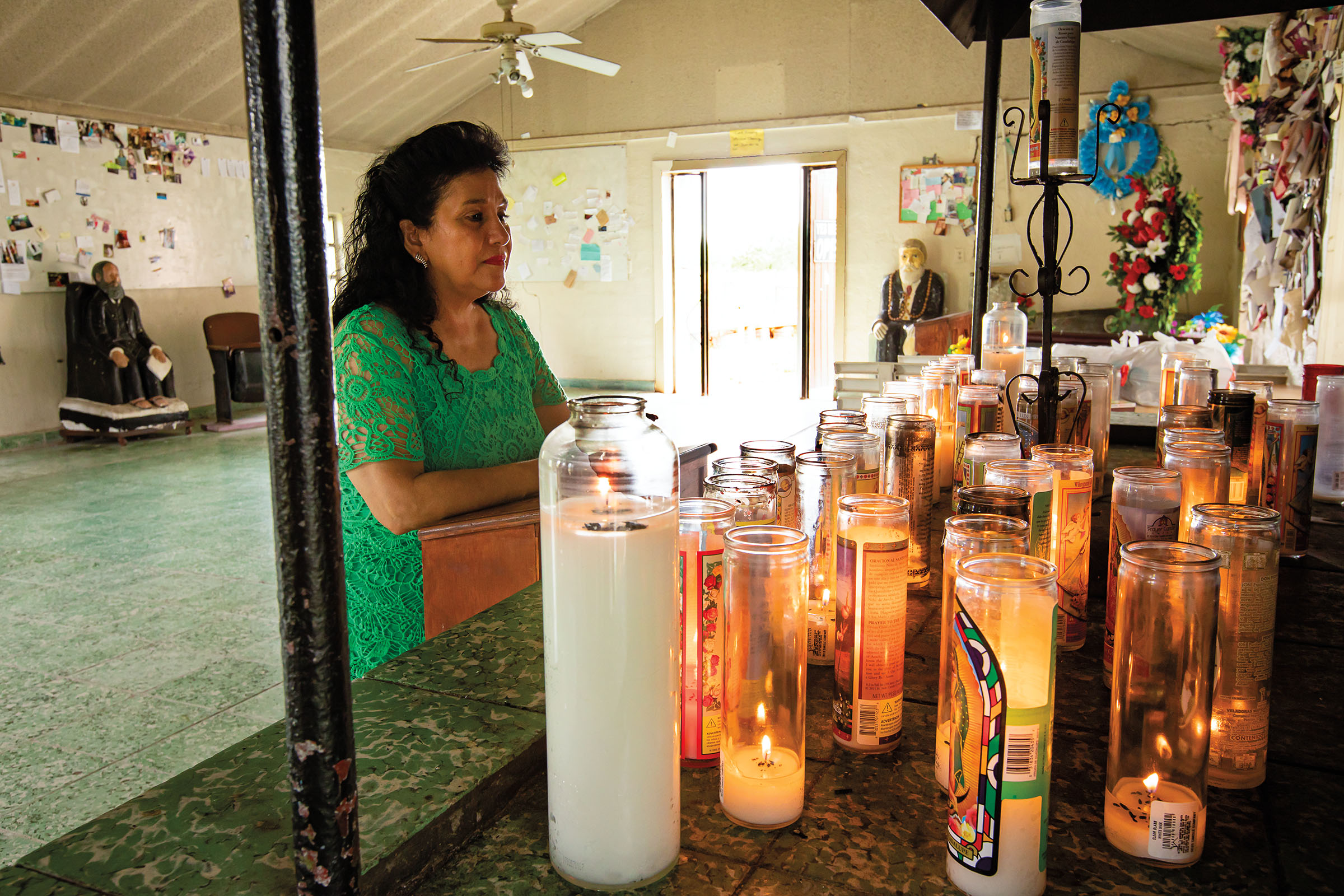 Inside the Jaramillo shrine

The words curandero and curanderismo (folk healing system) come from the Spanish root word curar: to cure, heal, or treat. Curanderos remain active in communities throughout Latin America. Their treatments combine elements of Catholicism with traditional Spanish medicine and indigenous practices that harken to the moment of contact between the Spanish and native people of Mexico, Seman says. “It was a violent moment,” she explains, “but one thing that came out of it was this cultural blending that happened all across the New World.”

Unlike some curanderos, Jaramillo never charged for his services and often gave away the remedies he prescribed. He accepted donations of money and food but was revered for redistributing nearly all of it. “What this man received with one hand, he gave away with the other,” his friend Antonio Hinojosa Perez told the biographer Ruth Dodson for her 1934 book, Don Pedrito Jaramillo: Curandero. Perez donated the land where Don Pedrito grew beans and corn.

Unlike some curanderos, Jaramillo never charged for his services and often gave away the remedies he prescribed.

People who were unable to travel to remote Los Olmos knew they could also reach Don Pedrito by mail. An estimated 200 letters requesting Jaramillo’s aid arrived each week. Jaramillo’s prescriptions, or recetas, often incorporated herbs, vegetables, and simple measures like drinking water and taking baths. Sometimes he recommended a cheap whiskey called Mataburros, Spanish for “kills jackasses.” Many people with deep roots in South Texas still remember the stories their elders used to tell about the effectiveness of his treatments.

Jaramillo’s neighbor, Lino Olivares Treviño, was a prominent freemason and justice of the peace. “He didn’t believe in the curanderismo, but he respected Don Pedrito, who was an influential man at the time,” says Treviño’s granddaughter, Lourdes Treviño-Cantu, a school librarian and volunteer for the Heritage Museum at Falfurrias. The museum displays portraits and other mementos of Jaramillo’s legacy. 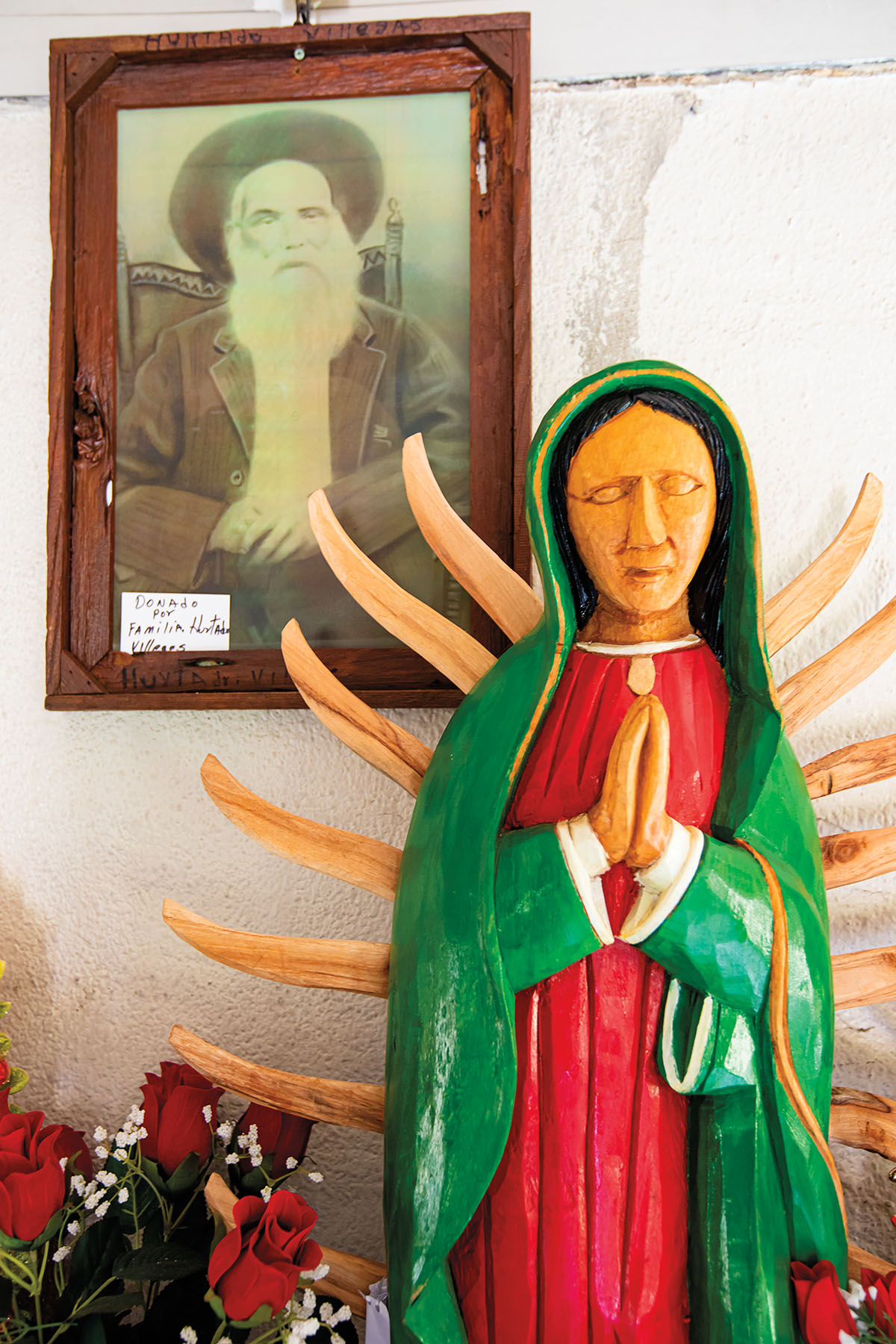 The Jaramillo shrine includes a photo of the curandero and a carving of Our Lady of Guadalupe.

When Lino’s wife, Marcela Galindo Treviño, began to lose her eyesight, she sent one of her daughters to seek Don Pedrito’s advice. He instructed Marcela to eat a particular can of tomatoes every night for three consecutive nights. “She died in 1952,” Treviño-Cantu says. “My mother never said anything about my grandmother going blind, so I’m assuming it worked.”

From our modern perspective, it’s easy to dismiss such mysterious remedies as eating tomatoes to reverse blindness. We’ve benefited from more than a century of significant medical advances. And yet there’s no denying that faith, strengthened by rituals and pilgrimages, can have curative powers. The placebo effect is real. As Seman puts it, “The process of moving toward healing, in and of itself, is healing.”

Jaramillo also benefited from healing that he could only explain through faith. Born in 1829 near Guadalajara in the Mexican state of Jalisco, Jaramillo was a poor shepherd who, when riding a horse one day, crashed into a tree branch. The blow knocked him unconscious and broke his nose, tearing his flesh down to the bone.

“The pain was unbearable,” author Juan Sauvageau wrote in his classic 1975 book of South Texas folklore, Stories That Must Not Die. “He felt an irresistible urge to go to a nearby lagoon and soak his face in the mud.” The mud brought immediate relief. “Although an ugly scar remained,” Sauvageau recounted, “the pain was completely gone.”

After lying at the lagoon for three days, Jaramillo heard a voice telling him that, from then on, he would cure in God’s name. He eventually left Jalisco for Texas, possibly traveling with a group of tequila exporters, and settled at Los Olmos when he was a little over 50 years old.

There’s no denying that faith, strengthened by rituals and pilgrimages, can have curative powers. The placebo effect is real.

In 1894, a healing trip to San Antonio put Jaramillo on a collision course with professional physicians. They saw him as a dangerous competitor for patients. At the time, Seman says, many Tejanos distrusted doctors, whose prevailing ideology painted them as racially inferior disease carriers.

Seven years later, the American Medical Association and U.S. Postal Service took Jaramillo to federal court. They accused him of peddling fake cures and defrauding his applicants via the mail. The esteemed South Texas attorney and politician José Tomás Canales—who later became the only Hispanic member of the state House of Representatives at the time—successfully argued for the case’s dismissal. He noted that Don Pedrito “never charged a single cent for his cures.” One of those cures had even healed Canales’ own mother of a grave illness when a professional doctor had failed, he said.

Jaramillo never married, although he adopted two boys. He lived off donations, which he also used to buy food and hire employees to feed the multitudes who came to see him. When he died, according to the Handbook of Texas, more than $5,000 in 50-cent pieces was found in his hut near Los Olmos Creek.

Today, the shrine to Jaramillo stands on that same patch of land. It’s open to the public every day. In February, however, vandals desecrated the shrine. They damaged the face of a statue of Don Pedrito and destroyed other religious icons. While the criminals have not been caught, community members rallied. They cleaned the shrine and have already repaired or replaced the broken statues.

On a recent morning at Don Pedrito’s shrine, little flames glimmered from dozens of prayer candles, and numerous bouquets of silk flowers adorned the small, chapel-like building. Earnest, handwritten prayers in English and Spanish filled bulletin boards. Most of the notes sought Jaramillo’s help with sickness, financial hardship, or family harmony. Some asked him to remember their deceased relatives.

Outside the shrine, a breeze caught the wavy green fronds of a tall palm tree standing in Jaramillo’s small family cemetery. Time seemed to slow as a mourning dove cooed from the branch of a gnarled live oak. Its shade provides comfort and rest for visitors, just as it likely did for Don Pedrito and his pilgrims more than a century ago.