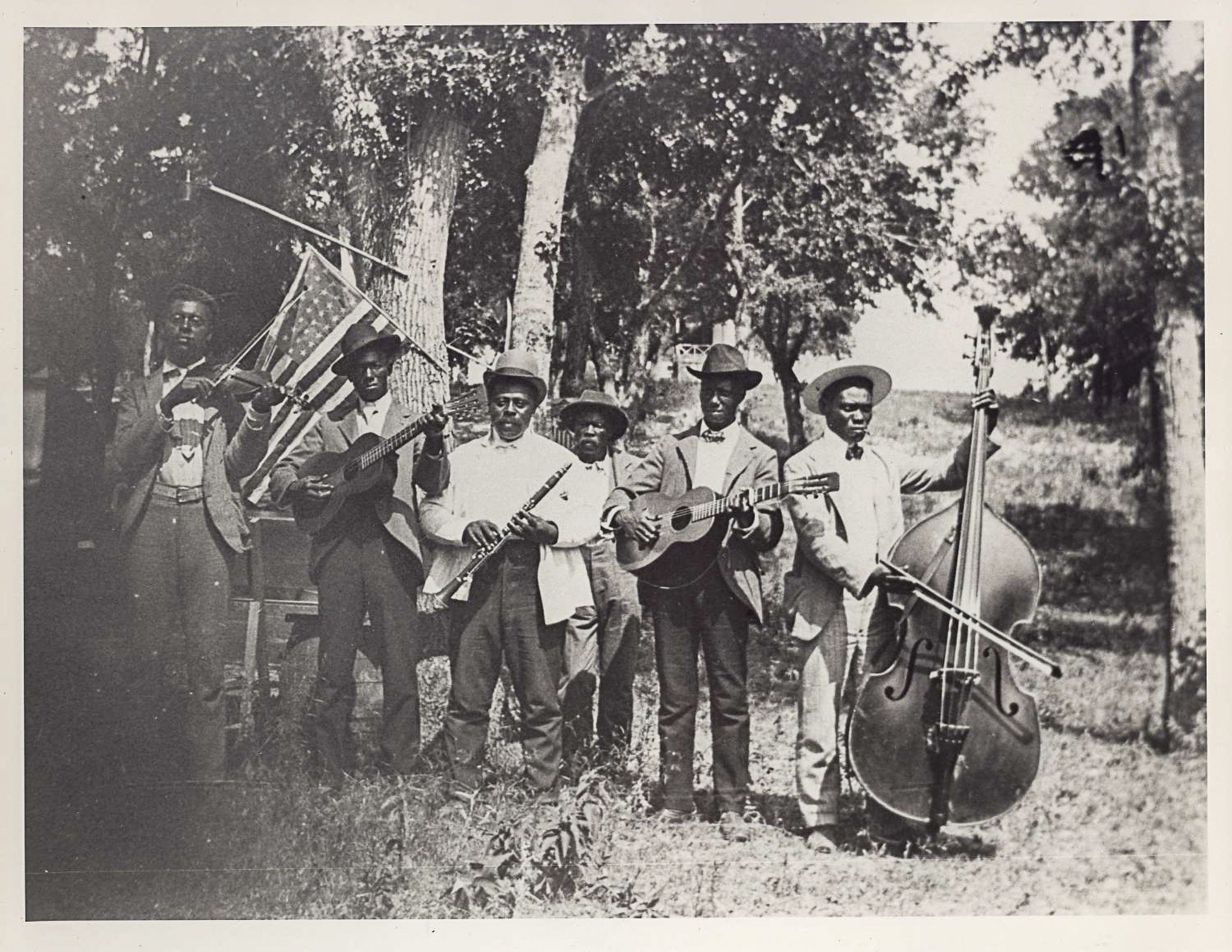 “When my oldest brother
heard we were free, he
gave a whoop, ran, and
jumped a high fence, and
told mammy good-bye.
Then he grabbed me up and
hugged and kissed me and
said, ‘Brother is gone, don’t
expect you’ll ever see
me anymore.’ I don’t know
where he went, but I never
did see him again.”

For several of my adolescent years in the 1960s, my family motored 45 miles northwest on US 290 from southeast Houston’s Sunnyside neighborhood to Prairie View’s small community of African American farmers. There, we joined several other black families for what was billed as a picnic. It became a much anticipated ritual that, to me, had no significance other than an opportunity to spend a day in the country gorging on fried chicken, barbecue, burgers, hot dogs, red soda water, and soul food dishes, and wallowing in an itchy bed of hay tugged by a clattering tractor. 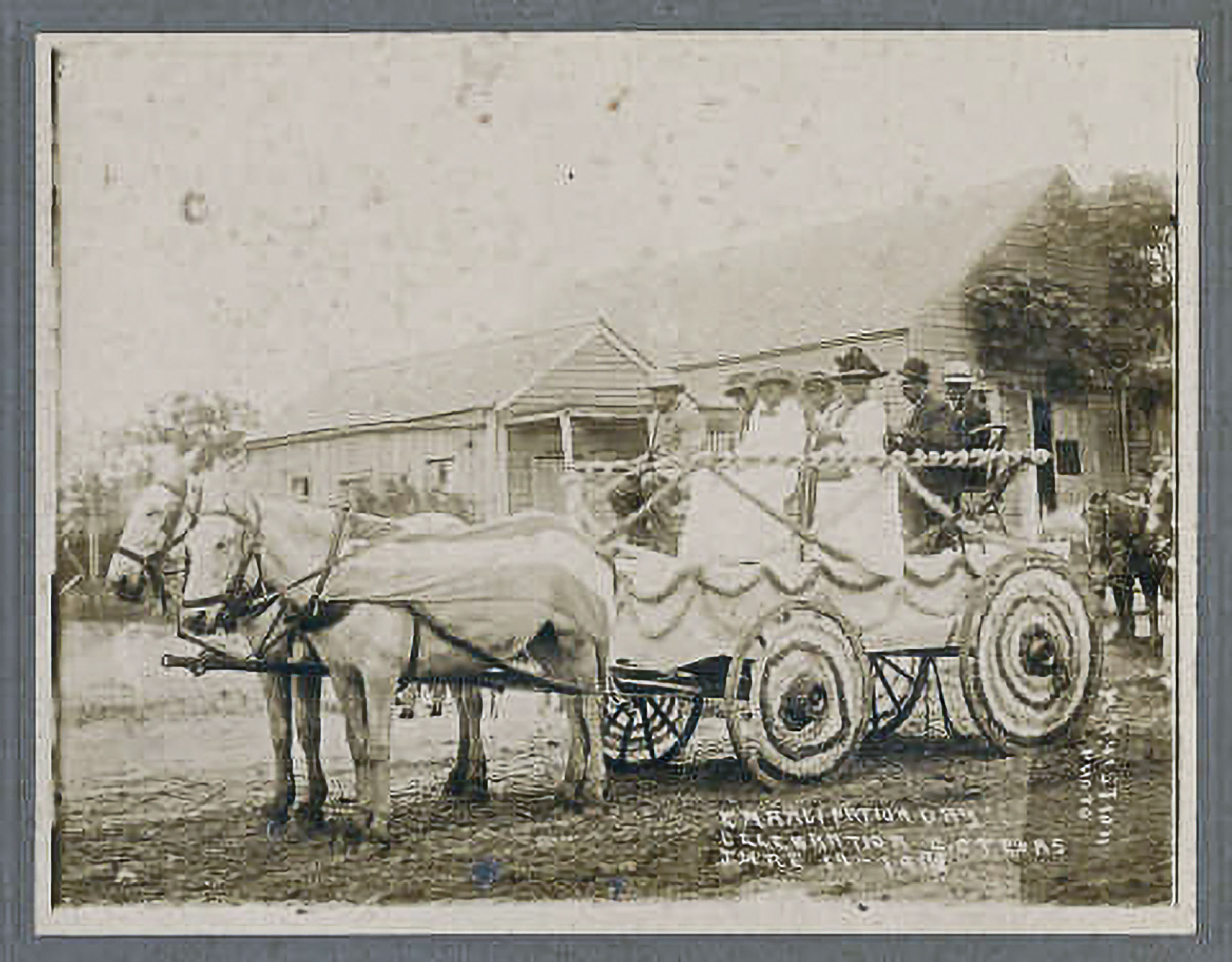 When the appointed day arrived in June, my brother, sister, and I gave a whoop, as we piled into the back seat of the family car, and away we went for a fun holiday outing. If there was a reverential aspect to the day, it never registered with me, my siblings, or the other two dozen or so kids with whom we exhausted ourselves eating, racing around, and playing softball and other energetic games.

Despite my innocence, I’d like to think the adults who brought us together for their annual Juneteenth celebration did at some point kick around a few conversations reflecting on the occasion’s true purpose. While slamming dominoes and talking noise, playing the card game bid whist, and gossiping, they must have discussed June 19, 1865, when black Texans became some of the last of 4 million enslaved African Americans formally notified of their freedom. Perhaps the adults acknowledged the history or, like us kids, just enjoyed a leisurely day with their friends.

I do not doubt that other black families around the state were engaged in similar celebrations for the day saluting African American heritage. The tradition’s popularity has grown over 155 years, well beyond the borders of the Lone Star State. If you are in Tokyo, Prague, Seoul, or Paris (France, not East Texas), you are likely to find a Juneteenth celebration.

It is the African American Fourth of July; the Emancipation Proclamation its Declaration of Independence. And in 1980, thanks to the efforts of late state Rep. Al Edwards of Houston, Texas became the first state to recognize “Emancipation Day” as an official holiday.
Since then, 45 other states and the District of Columbia have made the date a state holiday or acknowledged its observance. Yet, the question persists, “What is Juneteenth?”

It’s a topic I grappled with embarrassingly late in my life. I nodded through my high school American history and world history classes with disinterest—black history often wasn’t taught. In 1963, my junior high school was renamed Crispus Attucks, and that was when I became aware of the black hero who was the first casualty of the American Revolution. We all thought that was pretty cool. For about a day.

I wasn’t jolted awake about Juneteenth until I was well into my 30s. At that point, I had served eight years as an Air Force medic, studied journalism at the University of Texas at Austin, and had become a sports writer at the Austin American-Statesman and USA Today. Twenty-five years later, when I started my role as director of Prairie View A&M University’s Texas Institute for the Preservation of History and Culture in 2015, I was tasked with digitally documenting 500 years of black history in Texas. As a kid, I celebrated Juneteenth in Prairie View, and now I’m privileged to research, write, and display exhibits about the event in that same town.

Along the way, I educated myself about black history, picking up bits and pieces from stories in Afrocentric publications, like Jet and Ebony magazines. In the late 1980s, I began research for my first book, Black College Football, 1892-1992, a history of football programs at historically black colleges. Part of my research focused on how those schools, such as Prairie View A&M, were founded throughout the South after emancipation.

When my interest in sports history collided with my interest in black history, I was excited to discover intriguing tales about Juneteenth, and everything that came before and after.

Texas became the first state to recognize “Emancipation Day” as an official holiday.

The roots of Juneteenth were planted by the proclamation, a tactical military instrument intended to economically thwart the Confederate States Army and restore the Union. President Abraham Lincoln reasoned that freeing slaves in the rebellious states would collapse the Confederate’s cotton-based economy by taking away its labor force. He issued a preliminary proclamation in September 1862 warning the rebels to cease fighting and rejoin the Union or else he would free their slaves on January 1, 1863, which he did by signing the proclamation. In response, the Confederates stood fast.

The proclamation applied specifically to secessionist states. The enslaved people were officially notified of their freedom by Union soldiers in areas increasingly under the Union’s control. That left Texas slaves unaffected because the state never had the large Union army presence necessary to enforce the proclamation, which made Texas a safe haven to practice slavery. Slave owners in other Southern states seized the opportunity to move the enslaved to Texas, where they were less likely to be freed by Union soldiers. “It looked like everybody in the world was going to Texas,” recalled one formerly enslaved man in historian Leon Litwack’s book Been in the Storm So Long: The Aftermath of Slavery. 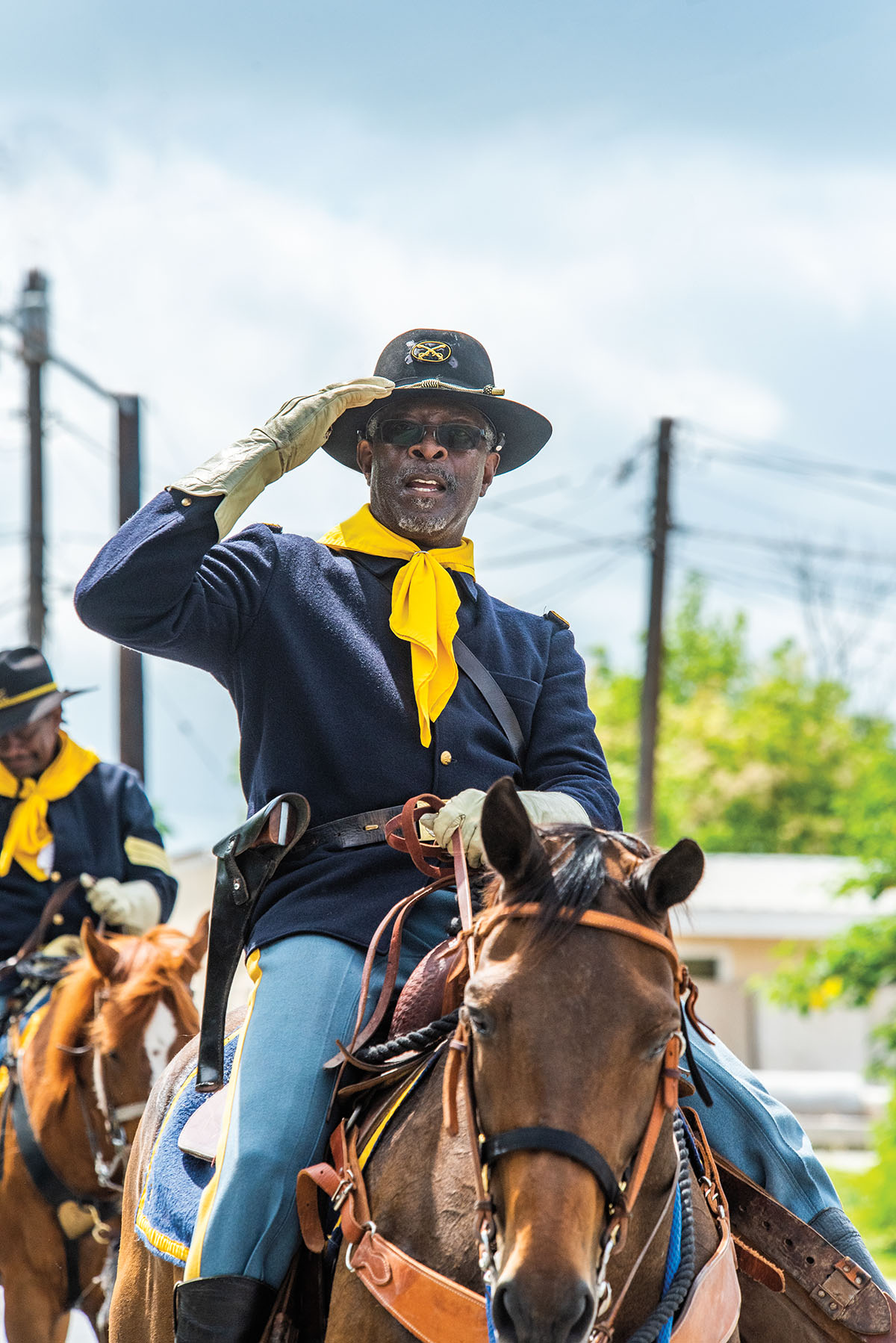 The Civil War ended in April 1865, and two months later Union Gen. Gordon Granger and about 2,000 troops arrived in Galveston to establish the provisional Department of Texas, an interim government of sorts. Their major task was spreading the word to the 250,000 Texas slaves that they were free.

On June 19, 1865, General Order No. 3 was issued: “The people of Texas are informed that, in accordance with a proclamation from the Executive of the United States, all slaves are free.” As Galveston native and historian Sharon Batiste Gillins describes in her 2018 essay “The Day Freedom Came,” “The announcement of freedom brought the eruption of spontaneous celebrations by freedmen and their supporters throughout the city.”

But why had it taken two and a half years for word to reach Texas? The most plausible explanation is painfully simple: Slave owners ignored the proclamation and continued reaping the profits from cotton and corn harvests.

Some of the formerly enslaved spoke in the Texas Slave Narratives, a Federal Writers’ Project that interviewed and collected firsthand accounts of slavery from 1936-38. The subjects reported not being freed for several months or years, even after Granger’s arrival in Galveston. According to University of North Texas historian Elizabeth Hayes Turner, one former slave, Katie Darling, continued working for her mistress another six years after emancipation and said, “She whip me after the war just like she did ‘fore.” 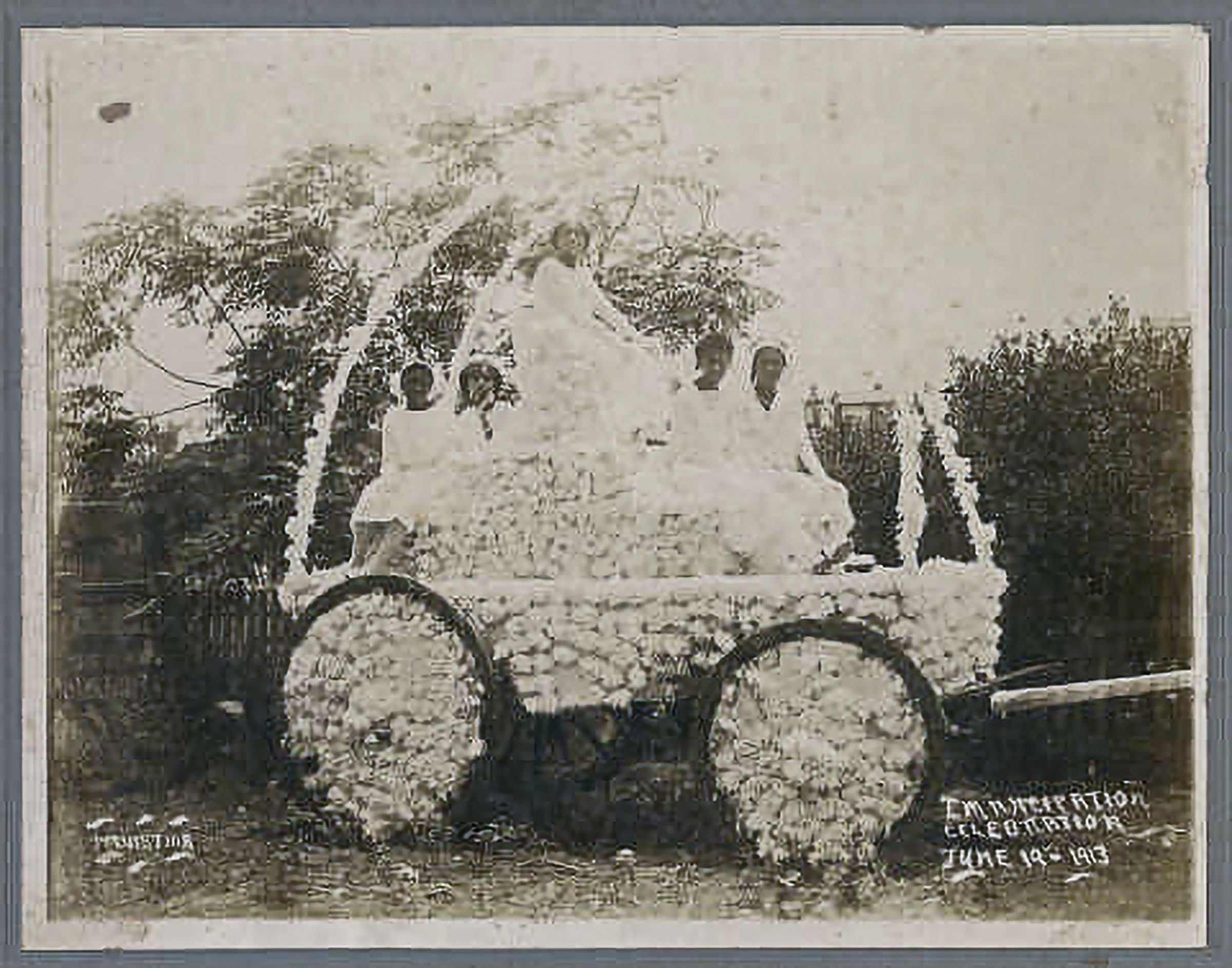 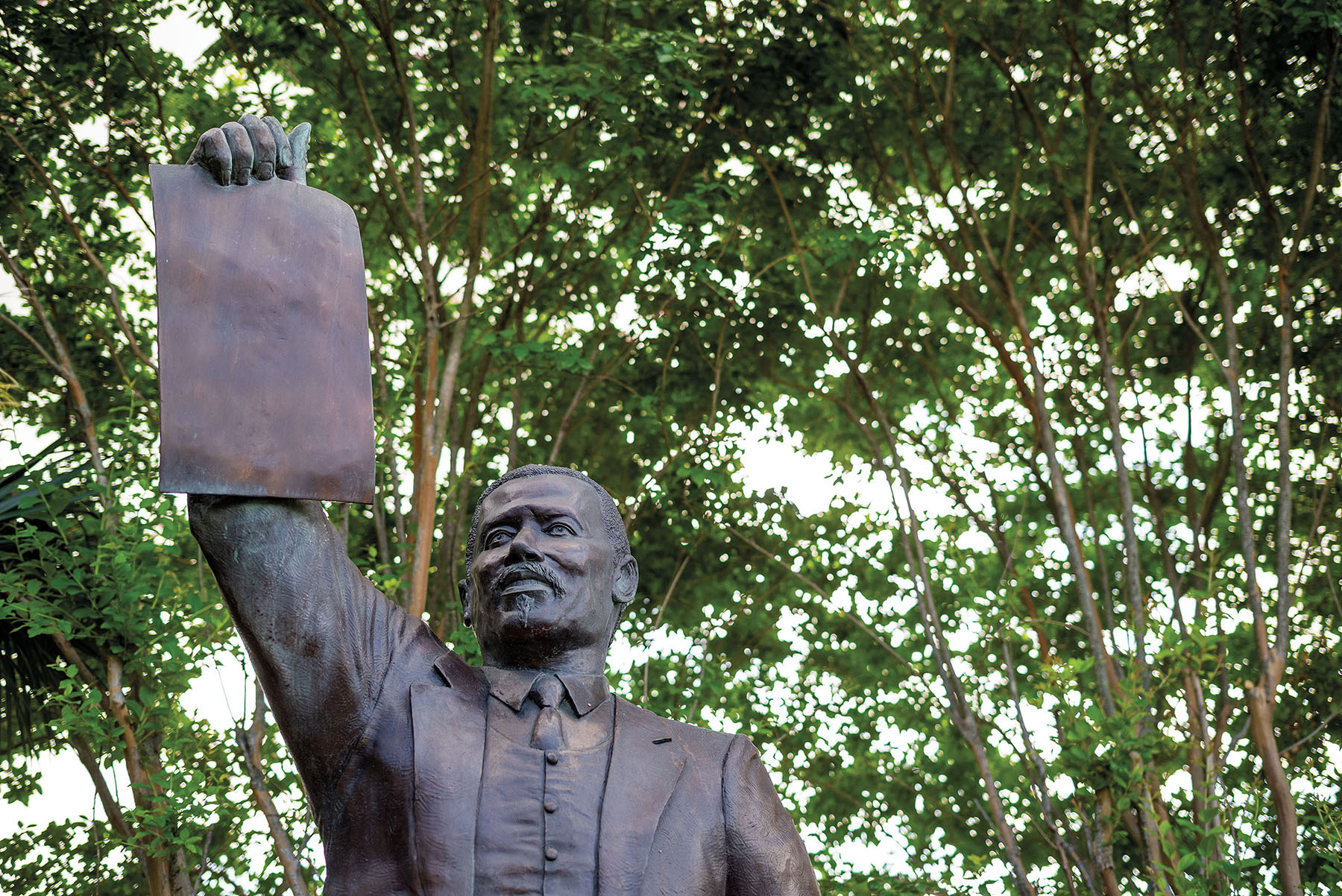 A statue outside Ashton Villa of late state Rep. Al Edwards, who introduced a bill to formally acknowledge Emancipation Day as a state holiday. Photo by Will Chambers.

No Juneteenth celebration could ever match the initial jubilation of enslaved Texans when they got the news and ventured off into a great unknown—freedom, wherever and whatever that was. Almost 250 years of unspeakable human misery, from the distant shores of Africa to the sweaty, bloody despair of Texas soil, came to a close. Even the most unsure and frightened of the new freedmen had to stop and measure the history, and remember the thousands of ancestors whose forced journey did not include living to see Emancipation Day. 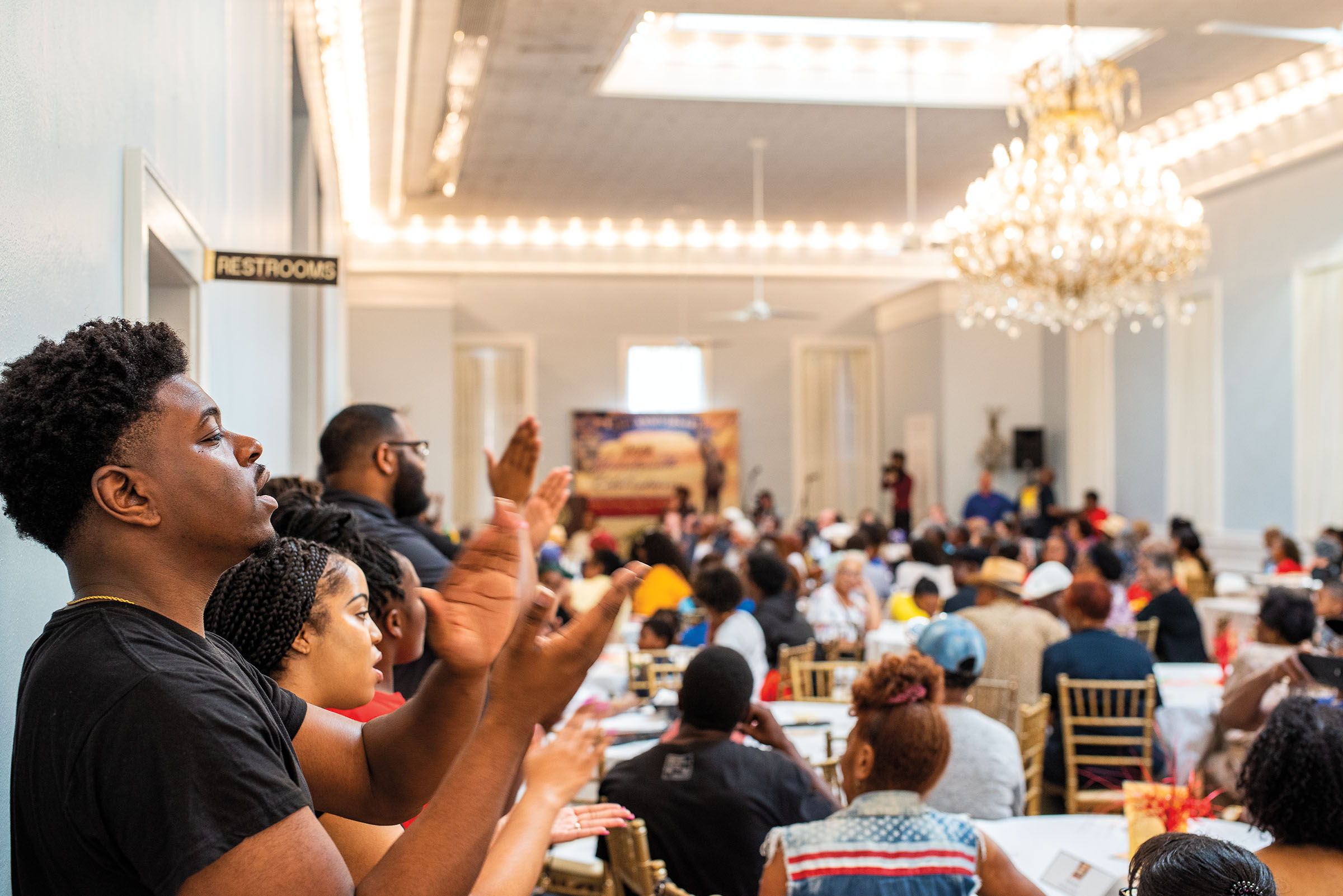 Students sing at the Juneteenth breakfast at the historic Ashton Villa in Galveston, 2019. Photo by Will Chambers.

Juneteenth was first celebrated in 1866, one year after emancipation. Freedmen and their families gathered in rural communities and burgeoning freedom colonies to rejoice with parades, dances, church services, hallelujahs, community feasts, and tears. In East Texas’ Anderson County, freedmen created fireworks by drilling holes in trees and filling them with gunpowder.

Some communities purchased land specifically to hold their celebrations, such as when Houston’s Rev. Jack Yates raised $1,000 in 1872 for what would be named Emancipation Park in the Third Ward. A similar effort in 1898 in Mexia yielded Booker T. Washington Park, which often saw 20,000 celebrants at its Juneteenth events.

However, according to Turner, there was a noticeable shift in Juneteenth celebrations after World War I. “African Americans were forced to examine their emancipation celebrations [after WWI] since few civil rights were furthered, and segregation, the threat of violence, and voter suppression in Southern states expanded,” she says. “Juneteenth celebrations that once had included long and inspiring speeches by black politicians, who had given voice to political ambition and civil rights, turned instead to venues of entertainment and commercialism.”

Today’s events follow that trend with parades; R&B, blues, and hip-hop concerts; health screenings; and job fairs. But a typical modern Juneteenth celebration might also include prayer breakfasts and reflections on the plight of black communities, panel discussions featuring prominent historians, and an emphasis on passing along knowledge and appreciation of heritage and culture to the youth. “By celebrating Juneteenth we celebrate the many black Texans who not only endured, but survived and created a community whose legacy of accomplishments will extend far beyond their lifetimes,” says Ron Goodwin, a history professor at Prairie View A&M.

“We celebrate the many black Texans who not only endured, but survived and created a community whose legacy of accomplishments will extend far beyond their lifetimes.”

While Texas is the origin point of Juneteenth, Milwaukee boasts having as many as 70,000 celebrants. The Great Migration saw a mass exodus of African Americans from the South beginning in the mid-1910s. As black families relocated to the Midwest, Northeast, and West, Juneteenth traveled with them. “I feel a kinship to Galveston,” Mary Pargo, a festival organizer in Minnesota, told the Dallas Morning News in 2017. (Unfortunately, because of the COVID-19 crisis and social distancing measures, this year’s Juneteenth celebrations remain uncertain.)

I was nowhere near capable of grasping the magnitude of Juneteenth as a young boy picnicking in Prairie View. But as an adult approaching senior citizen status, I can’t help but smile and reflect on my youthful naiveté while appreciating my mature, learned point of view now. Last year, I marched down Martin Luther King Jr. Blvd. during East Austin’s Juneteenth celebration. As I surveyed the crowd, I saw people of all ethnicities participating in a joyful spirit; bright, smiling faces of little black girls with braided hair; buffalo soldiers in full uniform on horseback; and folks in dashikis and other African apparel. Once we reached our final destination, the historic Rosewood Park, my senses were overwhelmed by the sweet, smoky smell of barbecue; a harmonious cacophony of loud, laughing conversations and music; and the playful screams of children playing tag.

Yet, in my core, I always wonder what it must have been like—and how would I have reacted—on that day in 1865 to be told, “You are free.”