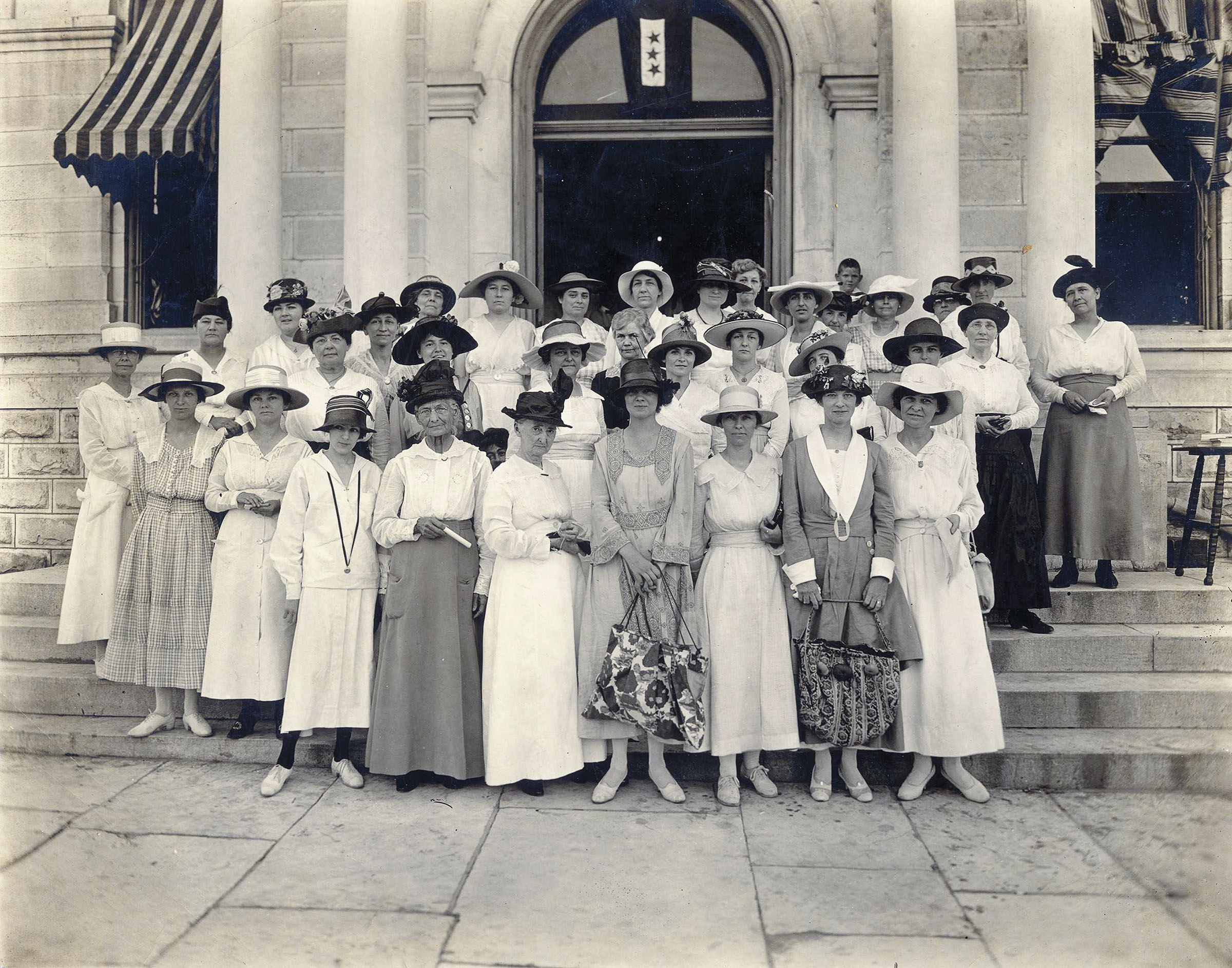 Women in the U.S. now turn out to vote at a higher rate than men, a fitting tribute to the women who began fighting for the right to vote in the late 1800s. During that time period, Texas women formed suffrage clubs in cities like Denison, Taylor, Granger, Dallas, and Fort Worth. The Texas Equal Suffrage Association (TESA), headed by New Waverly native Minnie Fisher Cunningham, took the lead in 1915. Its members wrote letters to state and federal legislators, canvassed neighborhoods, marched in parades, and handed out literature supporting the cause. But it was behind the scenes of the 1918 gubernatorial race where Cunningham had the biggest impact.

The race for governor that year pitted former governor James Ferguson against incumbent William Hobby. Cunningham offered Hobby a deal: If he could get the vote for women, the TESA would back him over Ferguson, who opposed suffrage. Hobby called a special legislative session to discuss granting women the right to vote, and on March 26, 1918, he signed the bill into law. The measure applied only to primary elections so that the change would not require amending the state constitution; at the time, Texas was a one-party state controlled by Democrats, and the primary effectively determined the outcome of the general election.

The women kept their promise, securing Hobby the victory. They also urged the Texas congressional delegation and their state legislators to support the 19th Amendment. The Texas Legislature voted to ratify the amendment on June 28, 1919, making Texas the ninth state and the first Southern state to do so. It became law nationwide on Aug. 26, 1920. A century later, female candidates are running for every office from school board to vice president. 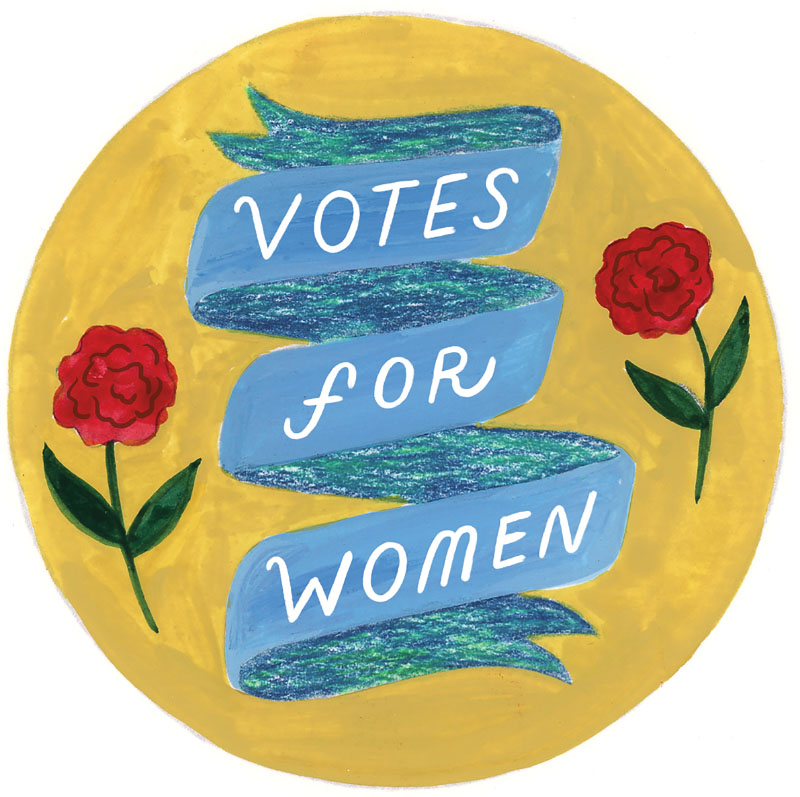 How to Lobby Your Representatives for a Vote

(According to the Texas Equal Suffrage Association, circa 1917)

“Be courteous no matter what provocation you may seem to have to be otherwise.”

“Try to avoid prolonged or controversial argument. It is likely to confirm men in their own opinion.”

“Do find opportunity to make notes on one interview before starting another. If necessary, step into the ‘Ladies’ dressing room to do this.”

Texas’ order among the U.S. states to ratify the 19th Amendment

Like other facets of Southern life in the first half of the 20th century, the suffrage movement was segregated. White women knew white men would not support any measure that allowed Black women to vote—or that encouraged interaction between white women and Black men at polling places—so they excluded Black women from their suffrage organizations. In practice, the 1918 law that allowed women to vote in primaries applied only to white women, as the Democrats who dominated the state limited primary voting to white people. Women of color gained greater access to the polls after the 1944 Smith v. Allwright decision abolished white-only primaries, and after the landmark Voting Rights Act signed by Lyndon B. Johnson was passed in 1965. The act declared election laws of states with a history of discrimination at the polls, like Texas, subject to federal review. The oversight continued until the Supreme Court struck down that provision in 2013. 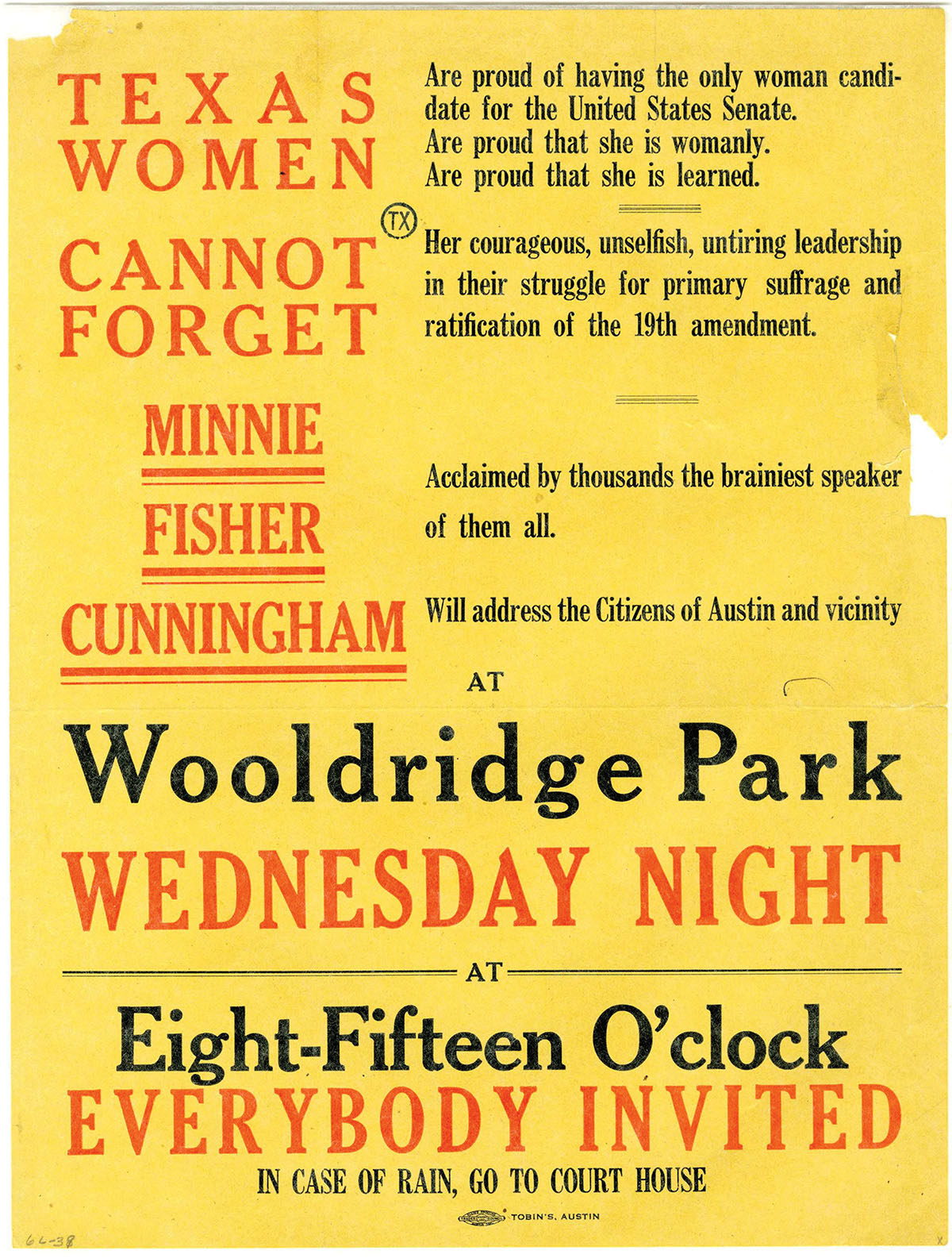 These prominent activists changed the way Texans thought about women’s right to vote. 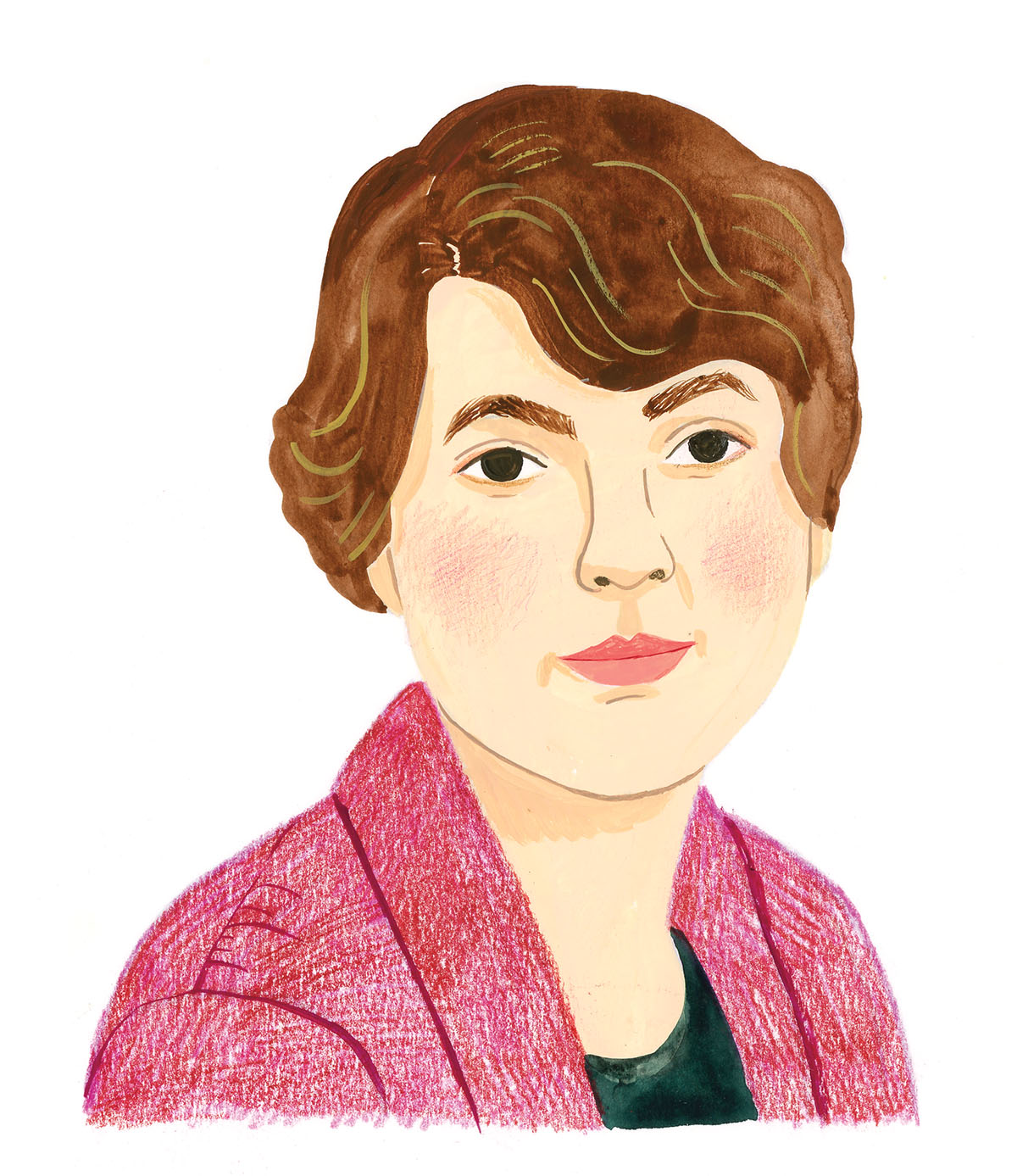 Minnie Fisher Cunningham, a pharmacist by training, worked on public health and city beautification projects in Galveston before leading the Texas Equal Suffrage Association. After Texas ratified the 19th Amendment, she helped organize the national League of Women Voters to educate women about their new right and encourage them to run for office. Cunningham ran unsuccessfully for Senate in 1928 and for governor in 1944, when she finished second among nine candidates. 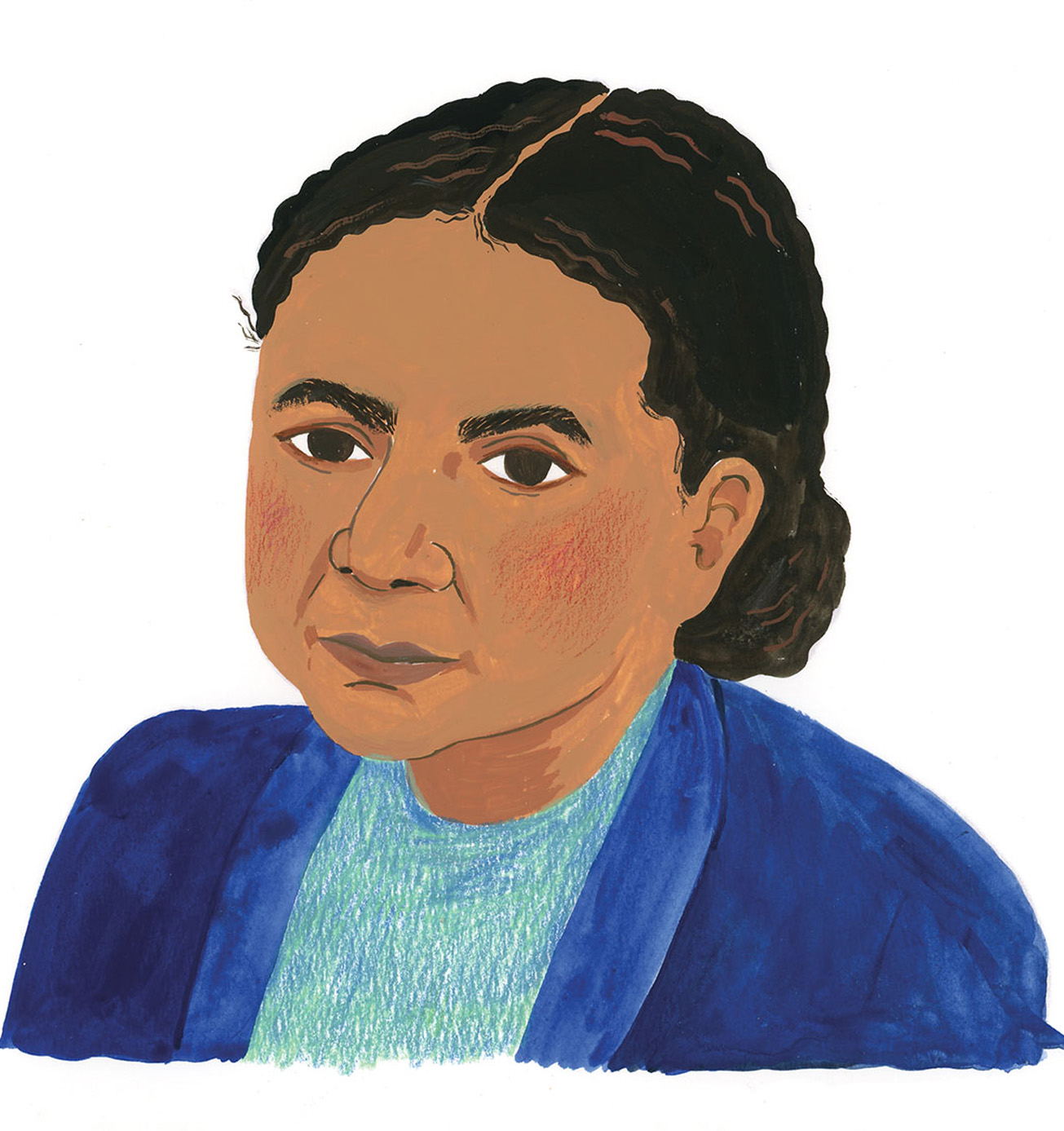 Christia Adair collected signatures for pro-suffrage petitions in Kingsville, but after the movement’s victory, she was turned away from the polls because she was Black. She decided to put her energy into racial-justice efforts and became a leader in the Houston NAACP, which in 1944 sued a local election judge for preventing a Black man from voting. The U.S. Supreme Court decided Smith v. Allwright in the voter’s favor, declaring the practice unconstitutional and ending the custom of “white primaries” in Texas. 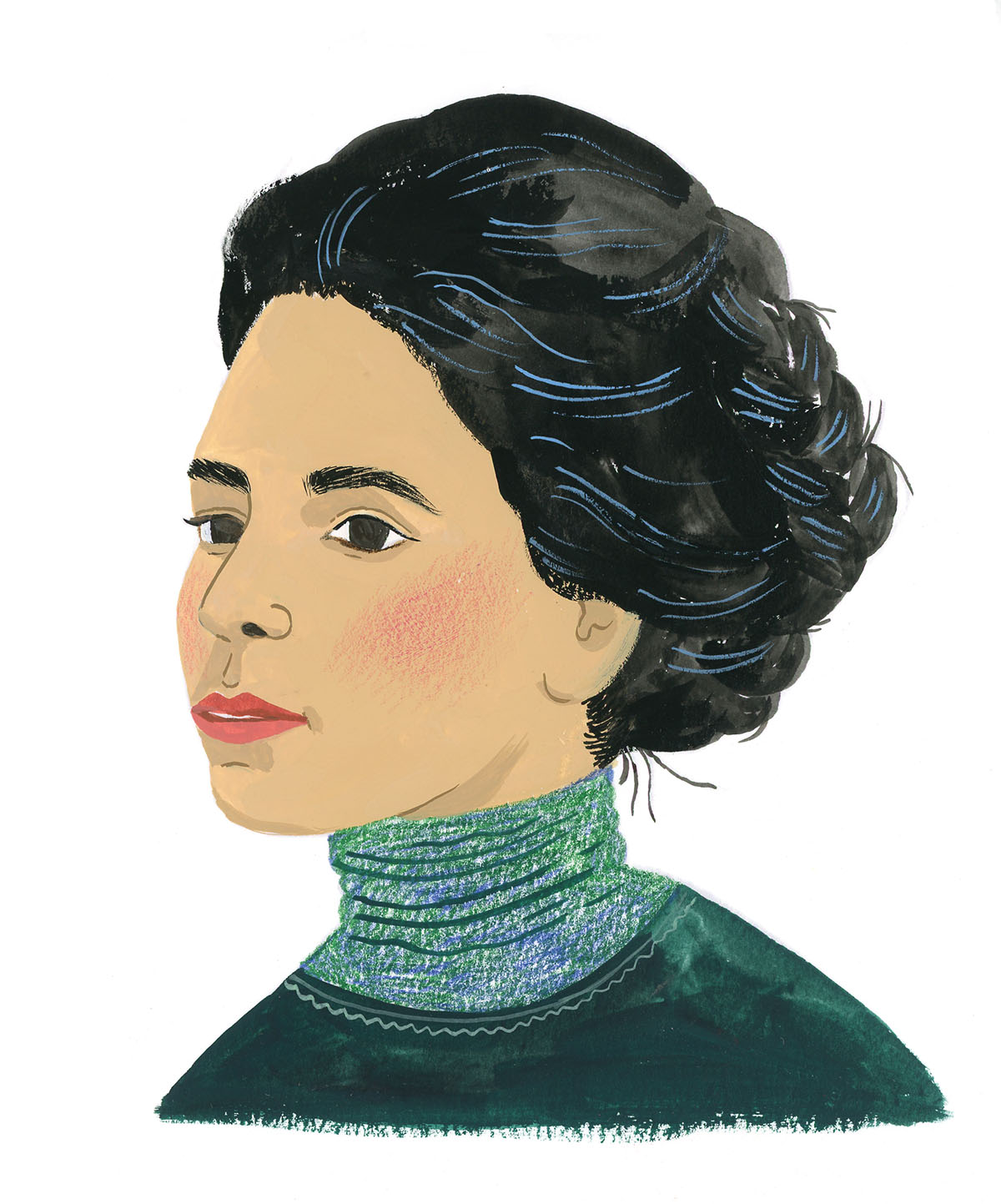 Jovita Idár was an activist for women’s and Mexican-American rights in the early 20th century. As a journalist for Laredo newspapers, she supported women’s suffrage and urged women to participate in the public sphere. In 1911 she and her family coordinated a conference where Mexican Americans organized to work for their civil liberties. The same year Idár founded La Liga Femenil Mexicanista, a feminist organization that focused on women’s rights and children’s education.