New Management in Place for 7 of Texas’ Most Historic Sites

This week, the Texas Parks and Wildlife Department transferred seven sites, including the San Jacinto Monument, Washington-on-the-Brazos, and the Port Isabel Lighthouse, to the Texas Historical Commission. Aimed at efficiency, the change is not expected to result in changes for visitors. 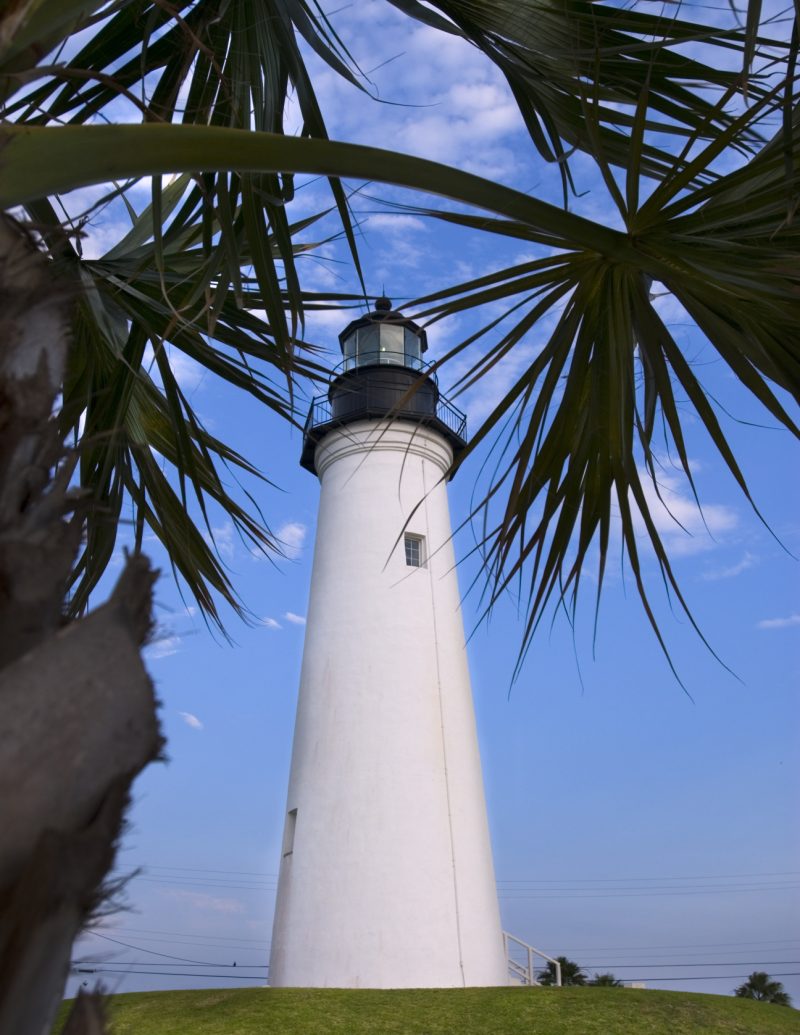 Even when the Port Isabel Lighthouse opened in 1852, it operated, in part, as a tourist attraction.

According to the lighthouse keeper’s manual, anyone who came for a daytime visit should be let in—no more than three at a time—as long as they weren’t intoxicated and they kept their hands off the machinery. Tourists have been coming ever since.

This week, the Texas Parks and Wildlife Department transferred the site, along with six other properties, to the Texas Historical Commission.

Besides the lighthouse, the sites in question are San Jacinto Monument and Battleground, which drew nearly 350,000 visitors in 2018 (more than Inks Lake State Park); Washington-on-the-Brazos and Barrington Plantation; Kreische Brewery; Monument Hill; and Fanthorp Inn. Another site owned by Blinn College—the Star of the Republic Museum that is part of the Washington-on-the-Brazos complex—will also transfer to the Historical Commission by Jan. 1.

Other than a change in signage, visitors shouldn’t notice a difference. All park employees transferred along with the sites.

The Texas Sunset Advisory Commission, a 12-member legislative commission that works to increase efficiency at state agencies, recommended the change. Officials said the move would allow each agency to focus on what it does best. For the Texas Historical Commission, that means providing staff archeologists and architects to assist with special maintenance needs, said Chris Florance, historical commission spokesman.

“I think it’s good generally for the state and visitors,” Florance said.

With the transfers, the Historical Commission now operates 31 historic sites that tell the state’s history from its original American Indian inhabitants to the Denison birthplace of the 34thpresident of the United States, Dwight D. Eisenhower.

Admission prices will remain the same, and the sites will continue to receive state funding—just from a different agency.

“There won’t be any difference in the visitor experience, but we are looking forward to taking advantage of all the Texas Historical Commission marketing opportunities,” said Valerie Bates, marketing director for the city of Port Isabel. “Their specific audience is the traveler interested in heritage and culture. Any way we can use their outreach to reach new travelers, that’s our goal.”

Mark Wolfe, executive director of the Texas Historical Commission, welcomed the sites to the family. He commended the Texas Parks and Wildlife Department for its work in stewarding the historic sites.

“We plan on expanding programming and improving visitor experience at all of our sites, particularly at the sites related to the Texas Revolution—Washington-on-the-Brazos, San Felipe de Austin, Fannin Battleground, and San Jacinto,” Wolfe said.