On the West Texas Frontier, Judge Roy Bean Doled Out Justice as the ‘Law West of the Pecos’ 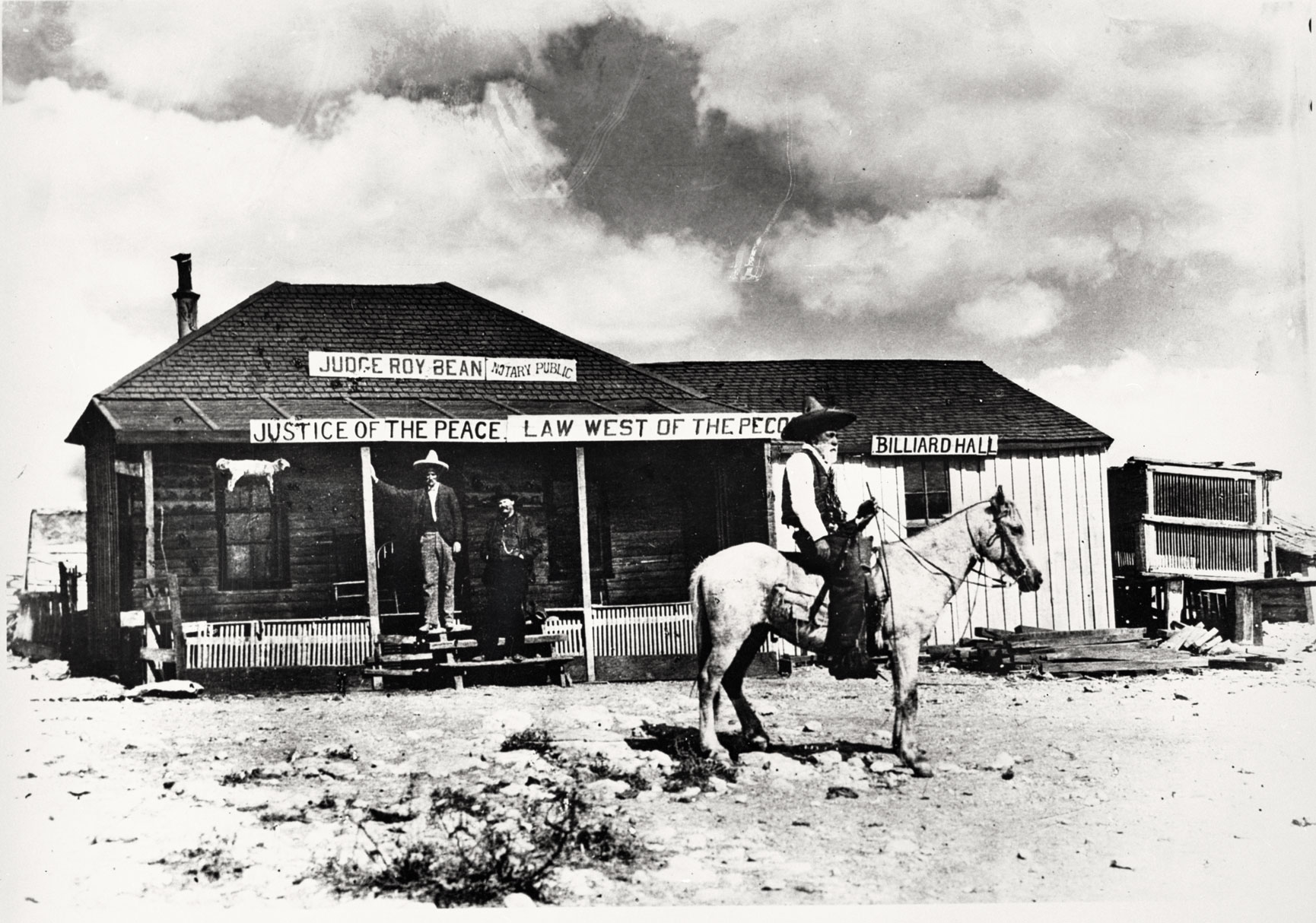 Photo courtesy Western History Collections, University of Oklahoma Library
Perched on a dusty ridge overlooking the Rio Grande, the tiny town of Langtry lies in the thick of the Lower Pecos Canyonlands, about 60 miles west of Del Rio. Langtry sprang up in 1882 as a railroad camp during the construction of the Southern Pacific line. Among the profiteers following the railroad was Roy Bean, a tent-saloon operator who became Langtry’s justice of the peace. The grizzled Bean—pictured ahorseback in this undated photo—relished the position, branding himself the “Law West of the Pecos.” Holding court at his Jersey Lilly Saloon, Bean built a reputation as a cantankerous and opportunistic arbiter, once fining a corpse $40 for carrying a concealed weapon. The Judge Roy Bean Visitor Center (a Texas Department of Transportation Travel Information Center) preserves Bean’s 122-year-old wooden saloon and his adobe home, along with historical artifacts such as Bean’s intricately carved walking stick. On Nov. 1, the visitor center celebrates its 50th anniversary with historical exhibits and children’s activities.
From the November 2018 issue