Preserving the Legacy of Rosenwald Schools in Texas 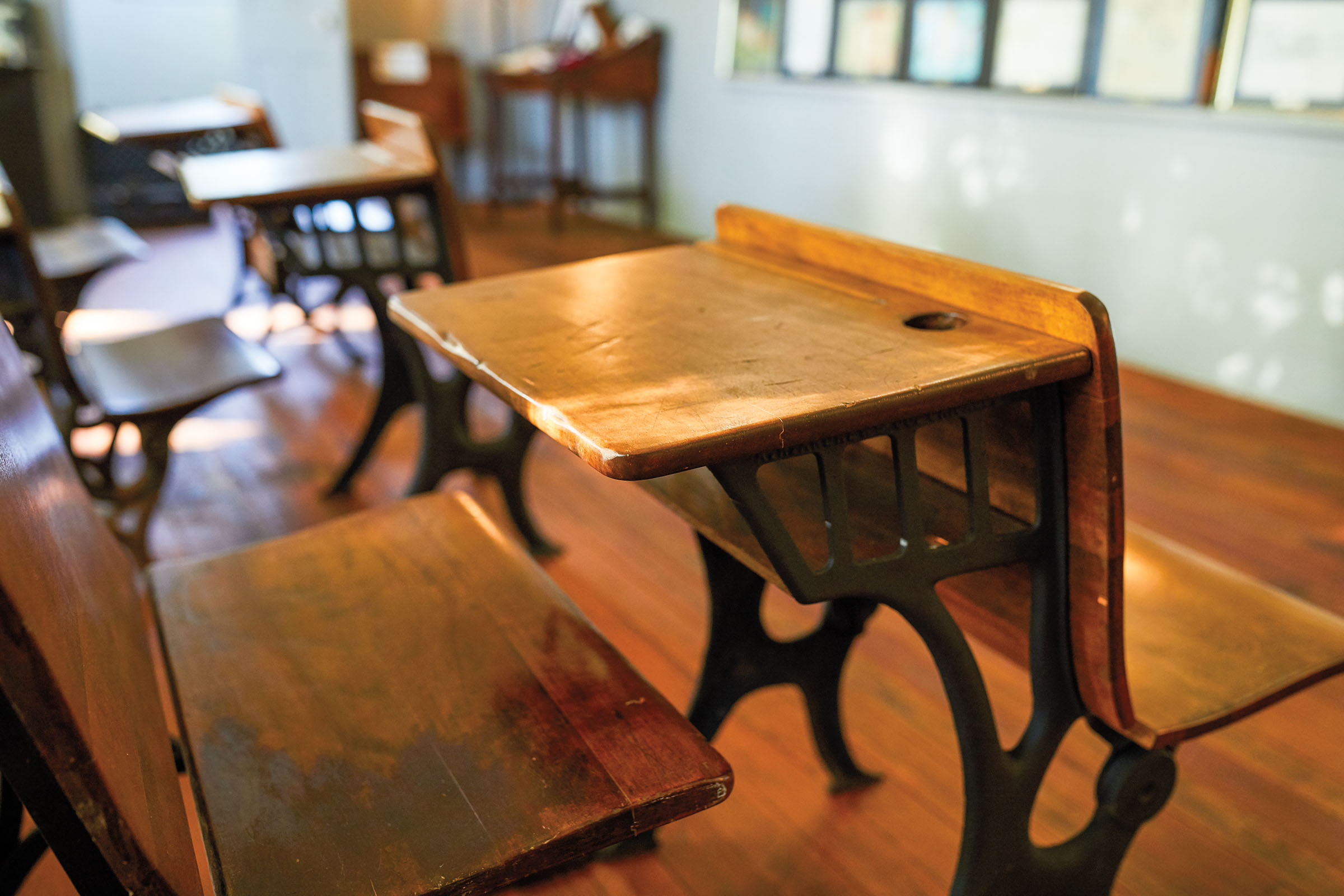 A teenage Diane Paul poses in her marching band uniform—one leg hitched in the air, her hand perched carefully on her hip—with a wide grin on her face. Captured in black and white in the fall of 1963, the photo hangs among other memories and artifacts displayed in the 1930s school that now houses the Annie E. Colbert/Rosenwald School Museum in Dayton.

“We’re delighted to have this building in our lives,” says Paul, who attended the Annie E. Colbert School from first grade through her high school graduation in 1965. “It really is a source of pride.”

Located about an hour northeast of Houston and named for a local pioneering African American public school teacher, the school was one of about 5,000 Rosenwald schools built across the South between 1912 and 1932 to educate African American children. In Texas, the Chicago-based philanthropic project worked with communities to build more than 450 Rosenwald Schools, most of them in East Texas.

The schools were part of a larger effort that originated from an alliance between Julius Rosenwald, president of Sears, Roebuck and Co.; and Booker T. Washington, a leading African American public figure in politics and education in the early 20th century. Together, they set out to fill an educational void for black children who were otherwise ignored or undereducated by public schools during the segregation of the Jim Crow era. According to the National Trust for Historic Preservation, by 1928, roughly one-third of all African American children and teachers in the rural South benefited from Rosenwald schools.

Though Rosenwald and Washington came from vastly different backgrounds, the two men bonded over their common concerns about discrimination. Born into slavery in Virginia in about 1856, Washington worked doggedly for an education and in 1881 helped found the Tuskegee Institute, a black university in Alabama. Rosenwald, born to Jewish-German immigrant parents in Illinois in 1862, dropped out of high school to work for his uncles’ clothing-manufacturing business in New York City—a career path that led him to become president of Sears, the Amazon of its time.

“They were similar kinds of people,” says Stephanie Deutsch, author of the 2011 book You Need a Schoolhouse: Booker T. Washington, Julius Rosenwald, and the Building of Schools for the Segregated South. “They were both very pragmatic. They weren’t philosophers, weren’t dreamy. They were very reality-based, both of them.”

Deutsch, whose husband is Rosenwald’s great-grandson, describes how Rosenwald was concerned by a race riot that occurred in 1908 in his hometown of Springfield, Illinois. Around that same time, the Jewish community in America was raising money for Jews in Russia, Poland, and Ukraine, where they were targets of organized violence, known as pogroms, which were often condoned by the state. The businessman saw a parallel between the discrimination faced by African Americans and Jews, a perception reinforced when he read Washington’s 1901 memoir, Up From Slavery. 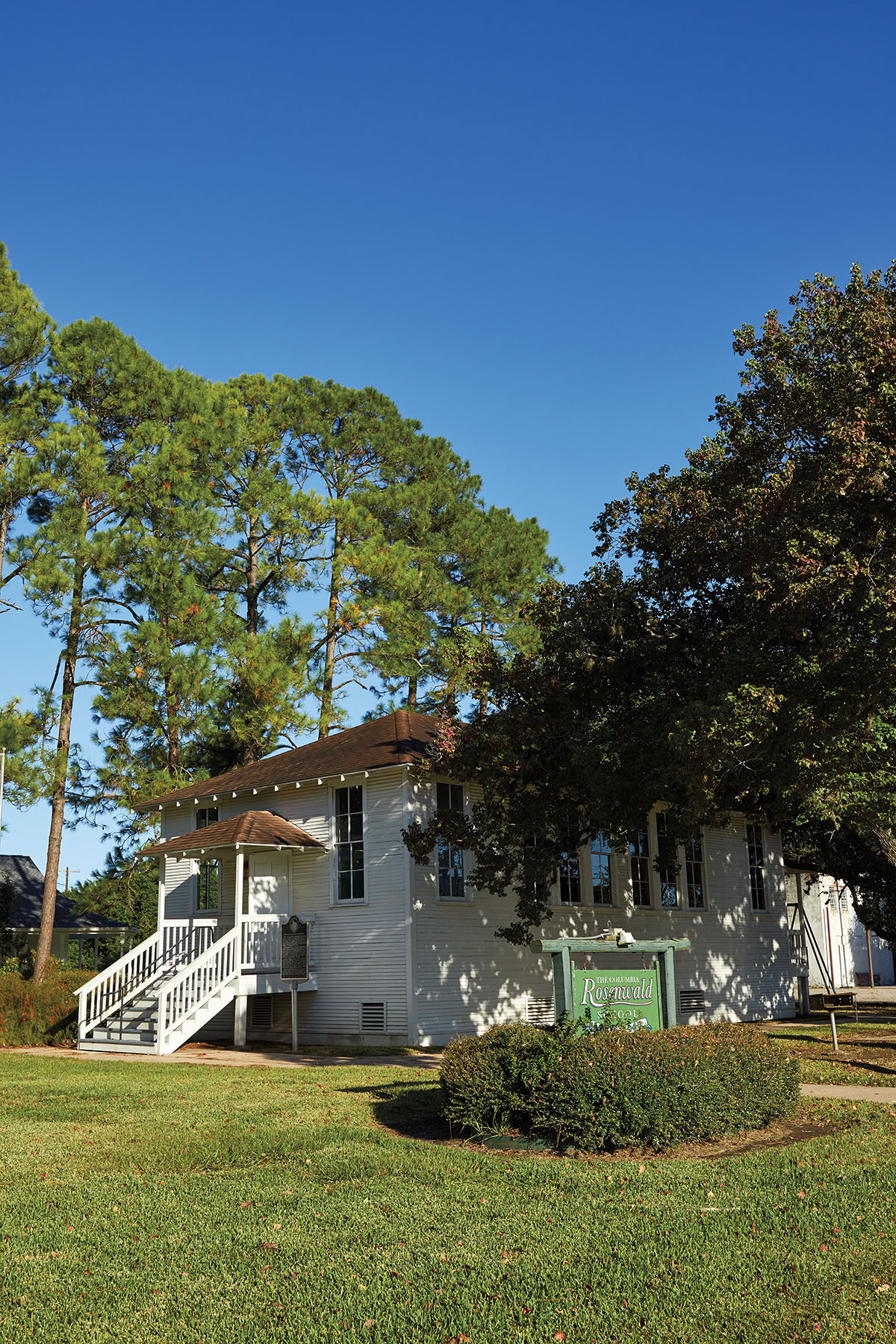 In May 1911, the two men met when Rosenwald hosted Washington for a visit in Chicago, including a tour of Sears’ headquarters. Washington asked Rosenwald to be on the board of Tuskegee, and that fall, Rosenwald took a group of family and friends to visit the university. A friendship blossomed, and Washington took a trip to Rosenwald’s home the next spring.

Washington shared with Rosenwald his dream of building schools for African American children in places where such schools were either underfunded or nonexistent. In 1870, because of racist barriers to education, 80 percent of African Americans were illiterate, according to the National Center for Education Statistics. The number had improved by 1910, but still roughly a third of the black population over age 14 could not read or write.

Rosenwald donated $25,000 to Tuskegee in 1912, and with his blessing, Washington used $2,800 of that to help build six schools in Alabama, the first of what would become known as Rosenwald schools. Rosenwald established the Julius Rosenwald Fund a few years later to continue such efforts, but he didn’t believe in handouts; his funding required matching local efforts. To help build the schools, communities contributed material, labor, fundraising, and organization. The first Rosenwald schools opened in Texas in 1920 and operated into the 1960s, when school districts were forced to comply with the U.S. Supreme Court’s Brown v. Board of Education ruling that outlawed school segregation. 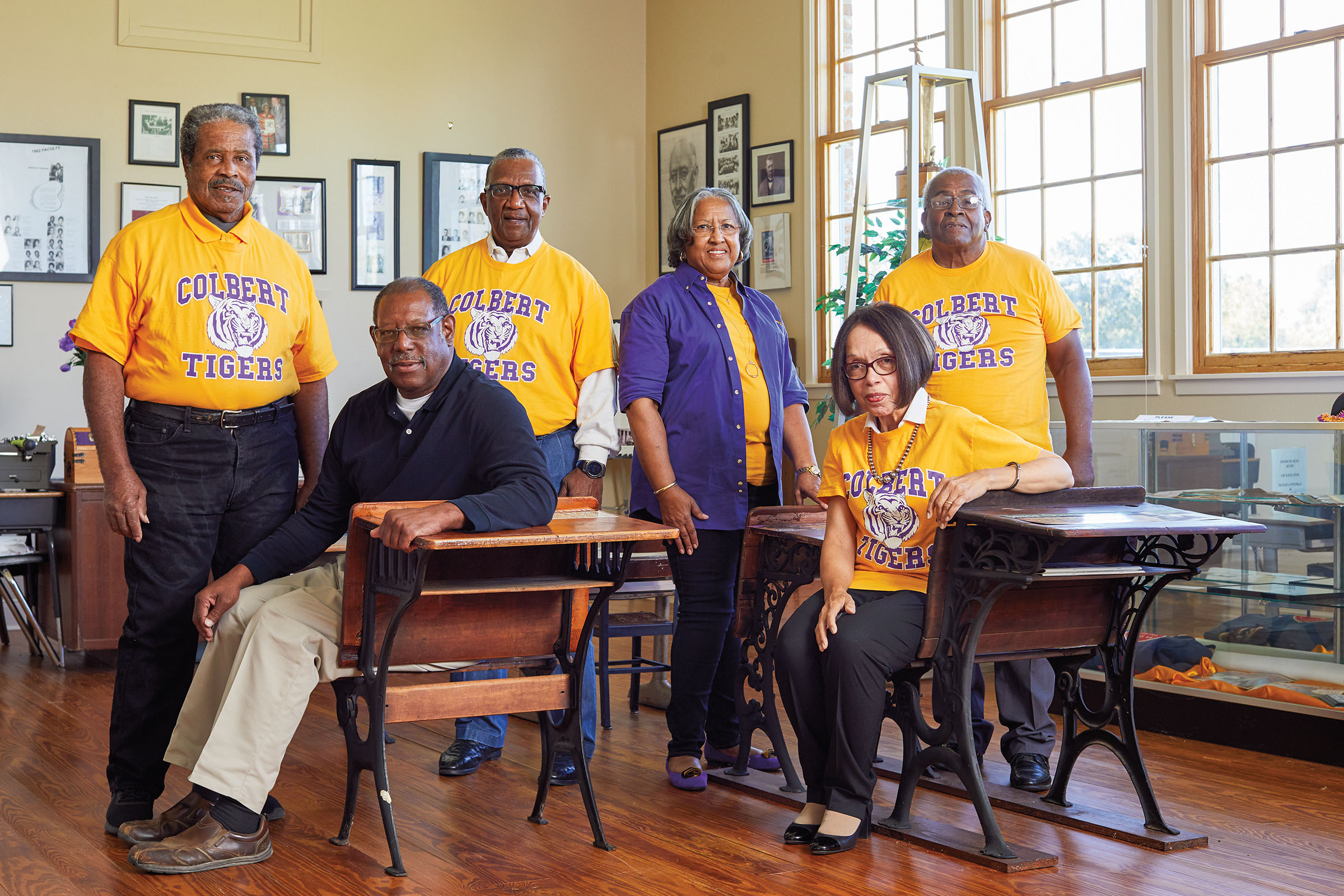 When Naomi Smith moved to West Columbia in 1970, she noticed an interesting racial dynamic in the town about 60 miles south of Houston. “The schools were desegregated, but the community was not,” says Smith, who is white.

Smith, now 82, has been involved in restoring the Columbia Rosenwald School for more than two decades, in part because she could relate to the African Americans the school was built to serve. As a child, she attended a one-room schoolhouse in Louisiana that was segregated by race and gender. “You can’t plan for the future without remembering the past,” Smith notes.

Originally built in East Columbia in 1921, the Columbia Rosenwald School educated students from first through eighth grade until 1949. Over time, the building became a hay barn and was largely forgotten. Then, in the 1990s, while developing an education exhibit for the Columbia Historical Museum, museum officials learned of the old school in East Columbia. The museum acquired the building in 2002, moved it to downtown West Columbia, and opened the Columbia Rosenwald School as an interpretive center in 2009.

The school stands today as a tribute to the resilient students who attended. Smith, who leads tours, says some students would come for the day without any lunch. The teacher responded with typical resourcefulness: The school planted a garden in the back, and students would tend the garden and raise chickens for their meals.

Inside the school, memories remain, including a blackboard with the words of the song “Lift Every Voice and Sing” written in chalk. Smith says a former principal once described how each school day began with the Pledge of Allegiance and singing the song known as the National Black Anthem. “Out from the gloomy past, till now we stand at last, where the white gleam of our bright star is cast.”

Columbia Rosenwald School, 247 E. Brazos Ave. in West Columbia, is open Thu-Sat 10 a.m.-2 p.m. Tours available for groups of 10 or more. On Saturdays in February, the school will host events with speakers and music in honor of Black History Month. 979-345-3340; columbiarosenwaldschool.com

Back in Dayton, the Annie E. Colbert School replaced an earlier black school that was burned down around 1931, possibly from arson. Despite such challenges, the new school thrived. Its teachers were both caring and demanding. They pushed their students to continue their educations, recalls James Grays, 72, who attended first through 12th grades at
the school.

“Many of them wanted us to go on to college and do something with our lives,” Grays says. “They encouraged us to get a higher education; they talked to us about HBCUs (historically black colleges and universities). Some of them assisted us in getting into those schools.”

“If we say it never existed, then it goes away from the consciousness of the powers that be. We have to keep our history alive. What better way than a museum?”

Restored and opened as a museum in 2011 (on the grounds of today’s Colbert Elementary School), the Dayton school takes visitors back to the Rosenwald schools of decades ago with its large windows, where natural sunlight pours in. Rows of old wooden desks face the teacher’s desk at the front of the room, and historical photographs ring the walls.

“If we say it never existed, then it goes away from the consciousness of the powers that be,” Paul says. “If I don’t see it, it never happened. We have to keep our history alive. What better way than this building and a museum?”