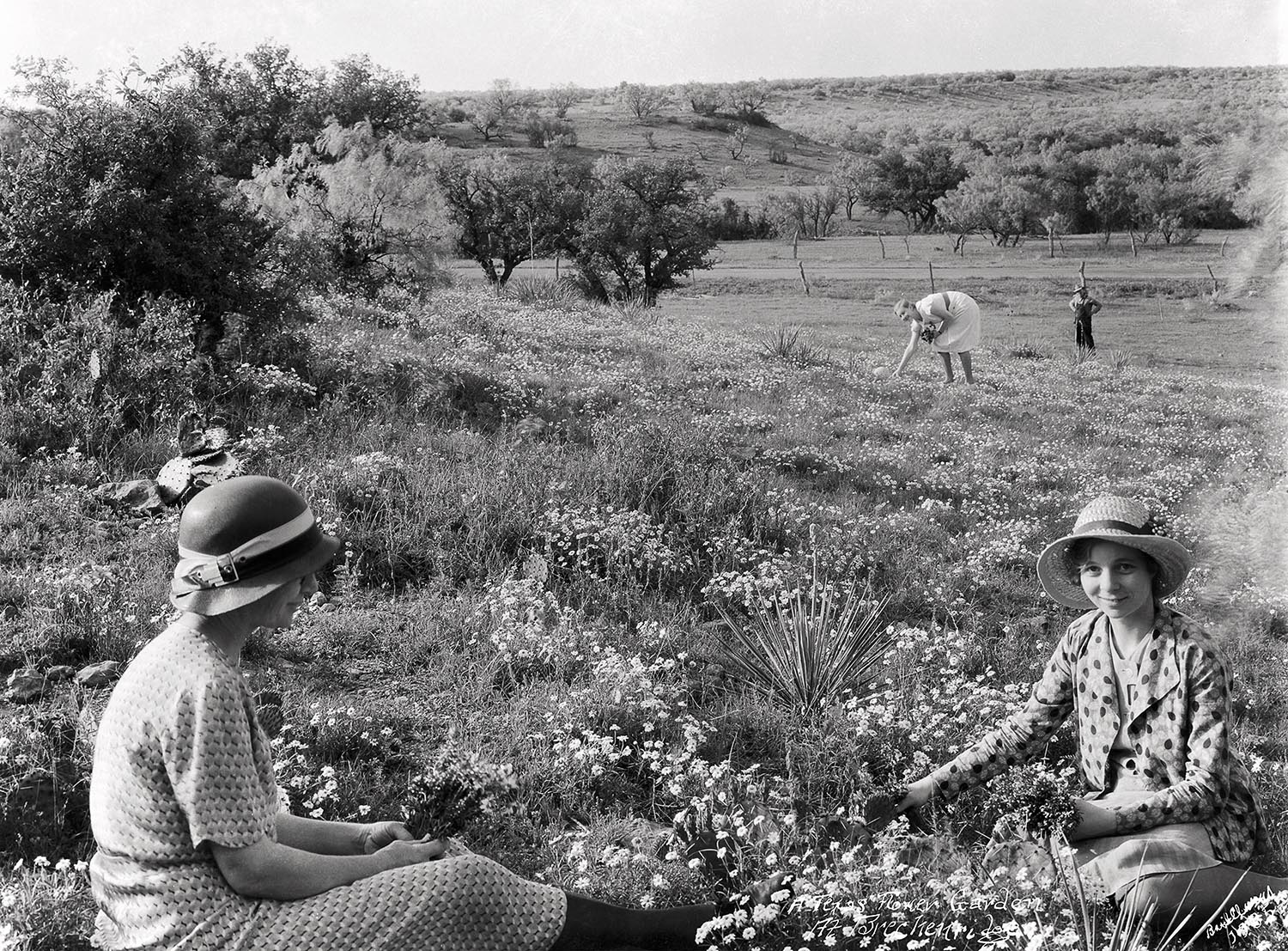 Photographer Basil Clemons rambled the West and served in World War I before he arrived in the North Texas town of Breckenridge in 1919—on tour with a circus—and decided to stay. His timing was fortuitous: The next year, drillers struck oil, and Breckenridge boomed with industry and newfound wealth. Clemons, who died in 1964, documented all aspects of daily life in thousands of pictures, including this one of women enjoying a spring day in 1935. He developed his photos in his home, which was a 10-by-6-foot wagon without electricity or running water, parked on a vacant lot. An eccentric artist with a keen sense of innovation, Clemons cared little for material wealth and lived for 40 years in the iron-wheeled wagon, often sleeping out under the stars. His best images reveal thoughtful composition and an exploration of light that goes beyond the typical commercial fare of the day.