The Writer Who Gathered No Moss 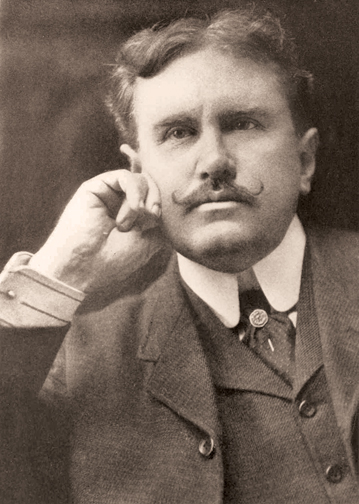 This portrait of O. Henry was taken in the mid-1890s, before his life took a dramatic turn. (Photo courtesy of O. Henry Museum)

Short-story writer O. Henry (1862-1910), a keen observer of human nature with an affinity for irony and tragicomic plot twists, drew inspiration from the people and situations he encountered in his own tumultuous life. Of the approximately 300 stories he published in his lifetime, at least 39 are set in Texas.

“O. Henry was a fiction writer who mined the nonfiction world,” says Michael Hoinski, Culture & Arts Education Specialist at the O. Henry Museum in Austin. “He took ordinary people and their ordinary lives and made their stories seem extraordinary.”

Born William Sidney Porter in Greensboro, North Carolina, the author began his career as a pharmacist at his uncle’s drugstore; the stories he heard in the store figured in-to his earliest written tales. In his early 20s he moved to Texas, where he worked as a ranch hand and sheepherder in La Salle County, 100 miles south of San Antonio. In 1884, he migrated to Austin, where he married Athol Estes Roach, whom he had met at the cornerstone-laying ceremony for the new state capitol. During this period, he sang with the Hill City Quartette, performed in amateur theater, and earned a living first as a draftsman at the Texas General Land Office, and later as a bank teller in the beleaguered First National Bank of Austin.

In 1893, during his employment as a teller, Porter began publishing a humorous weekly tabloid called The Rolling Stone (no relation to the current publication), whose motto was “out for the moss.” During the time Porter parodied local politics and refined his literary skills, the bank’s finances fell under investigation, and in 1894, Porter resigned his post, intending to focus on the newspaper. However, The Rolling Stone soon folded, and Porter moved with his wife and young daughter, Margaret, to Houston, where he penned a column called “Tales of the Town” for the Houston Post. In 1896, federal bank examiners investigating discrepancies at the First National Bank pointed the finger at Porter, charging him on Valentine’s Day with embezzlement—a charge that scholars have debated ever since.

Due to stand trial in the summer of 1896, Porter boarded a train for Austin, but instead fled by way of New Orleans to Honduras. In 1897, he learned that his wife’s health was failing (she had long suffered from tuberculosis), and he returned to Austin. He spent six months reunited with his family before Athol died, and in early 1898, Porter was convicted and sentenced to five years at the Ohio State Penitentiary. He wrote at least a dozen stories in the three years he served of his sentence.

While in prison, Porter adopted the pseudonym O. Henry. After his release, he moved to New York to write short stories for the New York World newspaper, which in 1905 published one of his most popular tales, “Gifts of the Magi.” The romantic story follows a couple who sold their most prized possessions (her flowing mane of hair, his prized pocket watch) to buy Christmas presents for each other—ironically, a chain for the pocket watch and a set of bejeweled combs for her hair. “Life is made of sobs, sniffles, and smiles,” O. Henry observed, “with sniffles predominating.”

To this day, writers refer to stories with surprise endings as “O. Henry endings.”