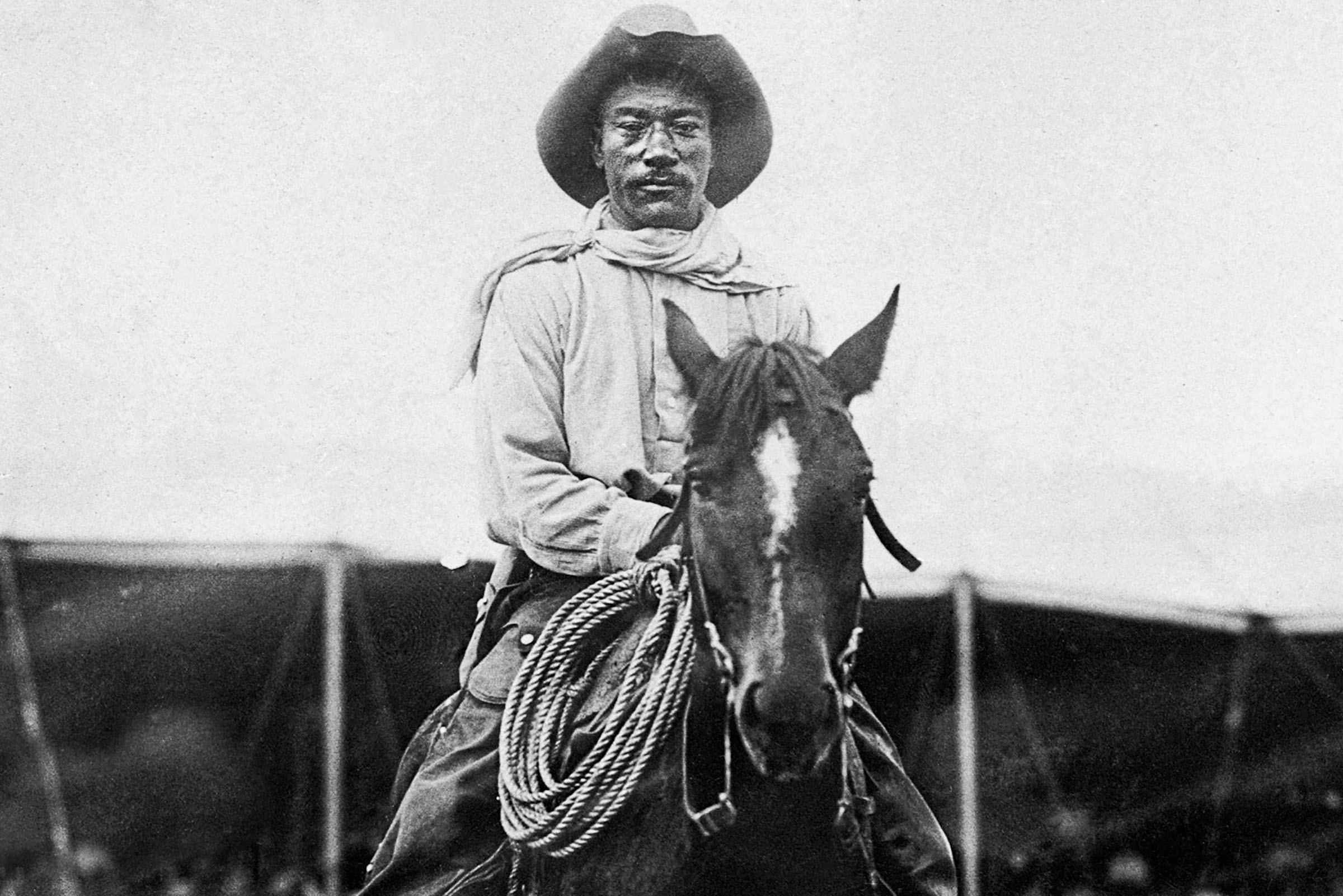 Famed rodeo cowboy Bill Pickett was born in 1870 in the community of Jenks Branch, on the border of Travis and Williamson counties. After attending school through fifth grade, he worked as a cowboy in the Taylor area and observed that a herding dog could subdue a bull by biting through its upper lip. He taught himself the risky trick, which amazed spectators and landed him a job in Wild West shows traveling the U.S., Mexico, Canada, and England. Pickett’s innovation, dubbed “bulldogging,” evolved over time into the popular rodeo event known as steer wrestling. Pickett is also credited with being the first Black cowboy movie star, appearing in 1921’s Crimson Skull and 1922’s The Bull-Dogger. Pickett was friends with Western film stars Will Rogers and Tom Mix, both of whom he instructed in the art of cowboying. Tragically, Pickett died in 1932 at age 61 after a horse kicked him in the head. He’s buried on the 101 Ranch near Ponca City, Oklahoma, where he had lived for about 20 years.