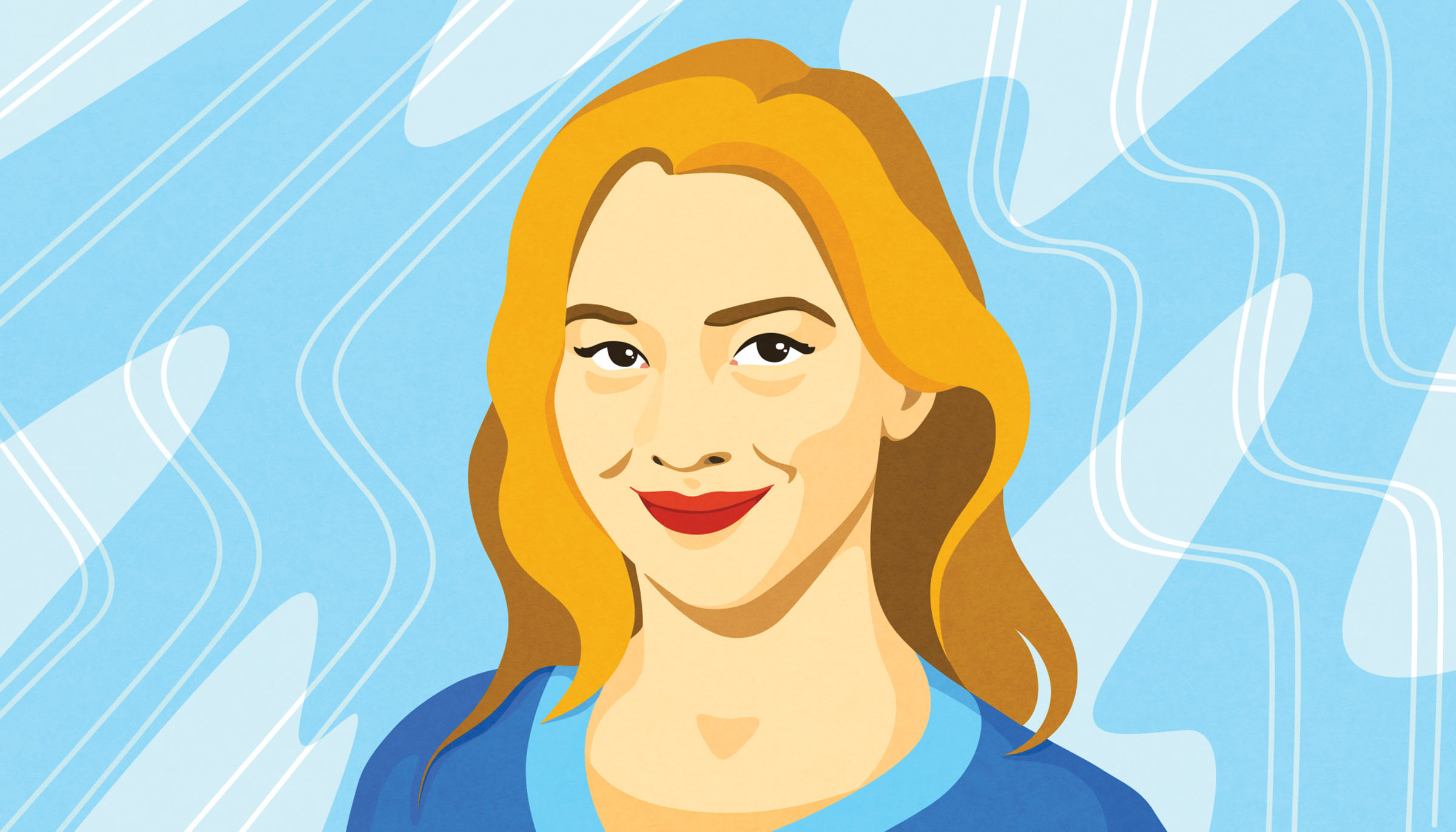 When Amber Glenn performs her figure-skating routines, her face radiates with emotion. Her gestures are delicate and expressive, her movements quick and powerful. Even if you’re not knowledgeable about ice skating, she’s just plain fun to watch.

The Dallas-based skater’s 1.2 million TikTok followers would agree. The cachet she’s built on the video app and her second-place finish at the 2021 U.S. Figure Skating Championships—combined with her announcing she is bisexual in 2019—make Glenn a compelling figure in the world of figure skating.

In January, U.S. Figure Skating named Glenn the second alternate for the team representing the United States at February’s Winter Olympics in Beijing. As such, Glenn is second in line to compete if one of the three skaters on the women’s singles team is forced to withdraw due to injury or other reasons. The 22-year-old who grew up in Plano earned the spot in competition with dozens of competitors, bringing a flash of modernity, charm, and personality to a sport that can be stiff and obsessed with perfection.

During the pandemic, while competitions were on hold, Glenn trained on and off the ice to perfect a triple axel—a jump with 3.5 revolutions. It’s a rare move in women’s figure skating and a bold development for Glenn. “Naturally, I am not the quickest or the fastest person,” she says. “I’m not like the younger girls who are 5-foot-2, 100 pounds. I’m a 22-year-old lady who is 5-foot-6 and not 100 pounds.”

Glenn’s candid approach extends to her sexuality and mental health, topics she’s discussed on social media and in press interviews. In a sport dominated by teens, Glenn’s maturity is an advantage. She skates with the confidence of a woman who’s going to be just fine whether she makes the Olympic team or not.

TH: What made you decide to start a TikTok account?
AG: My younger sister got me started on it. I thought, I’ll just post some training videos on there and have some fun, and maybe post some little dances that I’ve learned, just for kicks. After a couple months of not really getting a lot of traction, one of my videos blew up and got 600,000 views within a couple days. And it just took off from there.

TH: Most people probably think of figure skaters as intense, and they’re not used to seeing someone just having fun with it.
AG: That’s always been me as a skater. Ever since I was a kid, I would just put on a show. I would play music and pretend I was performing in front of thousands of people, even though I was skating at a mall rink in front of 20.

TH: Many of your TikTok videos show you skating at the Galleria Dallas. How do you manage in such a crowded space?
AG: For the first nine or 10 years of my skating career, I skated at a mall rink in Frisco, so I was pretty used to public sessions. Going to the Galleria really brings me back to those times of skating and having fun with my friends and just performing. I’ve been going to the Galleria ever since I was very young because of their annual Christmas show. And luckily, over the years, I’ve gotten to know the employees and the owner. When I skate there, they let me on a bit early to do some tricks and have the audience kind of “ooh” and “ah.”

TH: Do you see North Texas becoming a hub for professional skating?
AG: I believe it’s already pretty much there. We have plenty of national athletes who live and train here. It’s really taken off within the last decade. And that’s all because we have six or seven Star-Centers [ice rinks] in this area. That’s rare to have that many ice rinks in just one place. We have a lot of hockey, we have a lot of figure skating, and we have some really great coaches.

TH: Do you have any good memories of traveling around Texas when you were younger?
AG: A big one is we used to go to Port Aransas. My family has gone there for years—it’s definitely a spot we love. Another one is Galveston. On the Pleasure Pier there’s this roller coaster that goes over the ocean. I’ve always thought it was so cool.

TH: How has the pandemic impacted your career?
AG: Believe it or not, I improved a lot during the pandemic. I did a lot of off-ice training and really got into the best shape I could. And I got a new jump—the triple axel—after not learning a new triple since I was 11 years old. It was very surprising to other people and a bit to myself, but I know I’d been working hard for it.

TH: Can you explain the significance of the triple axel?
AG: It’s a very rare jump. There’s the fact that I accomplished this jump after I’ve already gone through puberty and have grown, rather than what’s more common—for someone to get a triple axel when they’re 12, 13, 14, 15. But to learn something completely new at my age—it’s “old dog, new trick.”

TH: What was it like to win silver at the National Championships last year?
AG: During the pandemic, I reassessed my goals and decided I don’t want to be average, I don’t want to be stagnant anymore with where I am because I had been constantly getting fifth, sixth, seventh place—in that range. Not the worst, not the best. I worked extremely hard during that time and realized if I’m going to do this, I need to work hard, but I also need to not make myself miserable. I need to continue to have meaningful relationships in my life with friends and family, while also focusing on trying to improve myself as a skater. And seeing the results after years of just being in the middle, being kind of average, was incredible.

TH: What would it mean to you to make the Olympic team?
AG: I remember my goal as a kid was, “I want to skate on TV one day.” And when I was about 15, I did it. I skated on live TV. And after that I was kind of like, “Huh, OK, what next?” And of course, a goal was to make the 2018 Olympics, but it was never something I truly felt confident enough to set as a goal because I was scared of the disappointment. Now, I truly believe that I can be on this Olympic team.

TH: What motivated you to publicly announce your bisexuality and how has the response been?
AG: I’m very lucky to have most of the response be very positive and encouraging. The figure-skating community is very accepting. That’s why I felt like I was able to come out. At the time, I had been seeing a girl, and I didn’t want to hide it anymore. I felt if I were to make it public, I could normalize it more, so there wouldn’t be any stigma about it. I proved I can be a good skater, and it doesn’t matter what I identify as, or what my sexuality is. It’s about what I put out on the ice that they should judge me for and not my personal life.

TH: Has that affected your confidence as you pursue your skating career?
AG: One hundred percent. It really helped with the self-reflection aspect I went through the last two years. It definitely gave me a newfound confidence—just a little bit less like I was hiding myself.