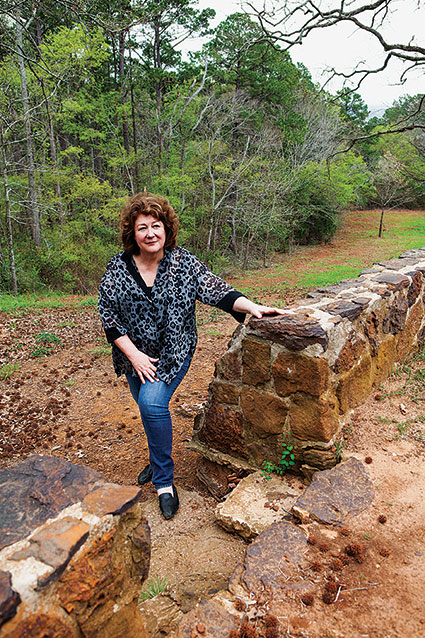 You can take the movie star out of Texas, but you can’t take Texas out of the movie star. Actress Margo Martindale still likes to hang out in her East Texas hometown of Jacksonville. “It is hard to stay away,” she says. “My very favorite place there is Lake Jacksonville. I grew up on that lake.”

She and her husband, musician William Boals, also frequent his hometown of Frisco, and on a recent drive from California to New York, the two made a stop at Cibolo Creek Ranch near Marfa. The actress would love to see a movie or play set in her mother’s hometown, Glen Rose, which she calls a fascinating, beautiful place.

Texas was a great place to grow up, Martindale says. “I absolutely love Texas. It is magnificent for its sunsets. The bigness of the sky says that there are no limits.”

A graduate of the University of Michigan, she has acted in scores of plays, starred in films such as Days of Thunder, The Hours, Dead Man Walking, Million Dollar Baby, and August: Osage County, as well as in several TV shows, including The Millers and Justified, the latter which garnered her an Emmy for her portrayal of crime-family matriarch Mags Bennett. Learning of the nomination just before her 60th birthday, Martindale expressed hope it would open more doors for mature women in Hollywood. Praise for her convincing portrayals of complicated women continues
to come her way: She recently received her second Emmy nomination for her work in the FX series The Americans.

In fact, she tells aspiring actors to use what they grew up with. “I use a lot of Texas in my work,” she says. “Playing in my backyard using my imagination as a kid is where I became an actress. I created everything in that backyard, from a circus to a hair studio.”