As head of the New Braunfels Community Foundation, Brit King fosters the roots of this central Texas community 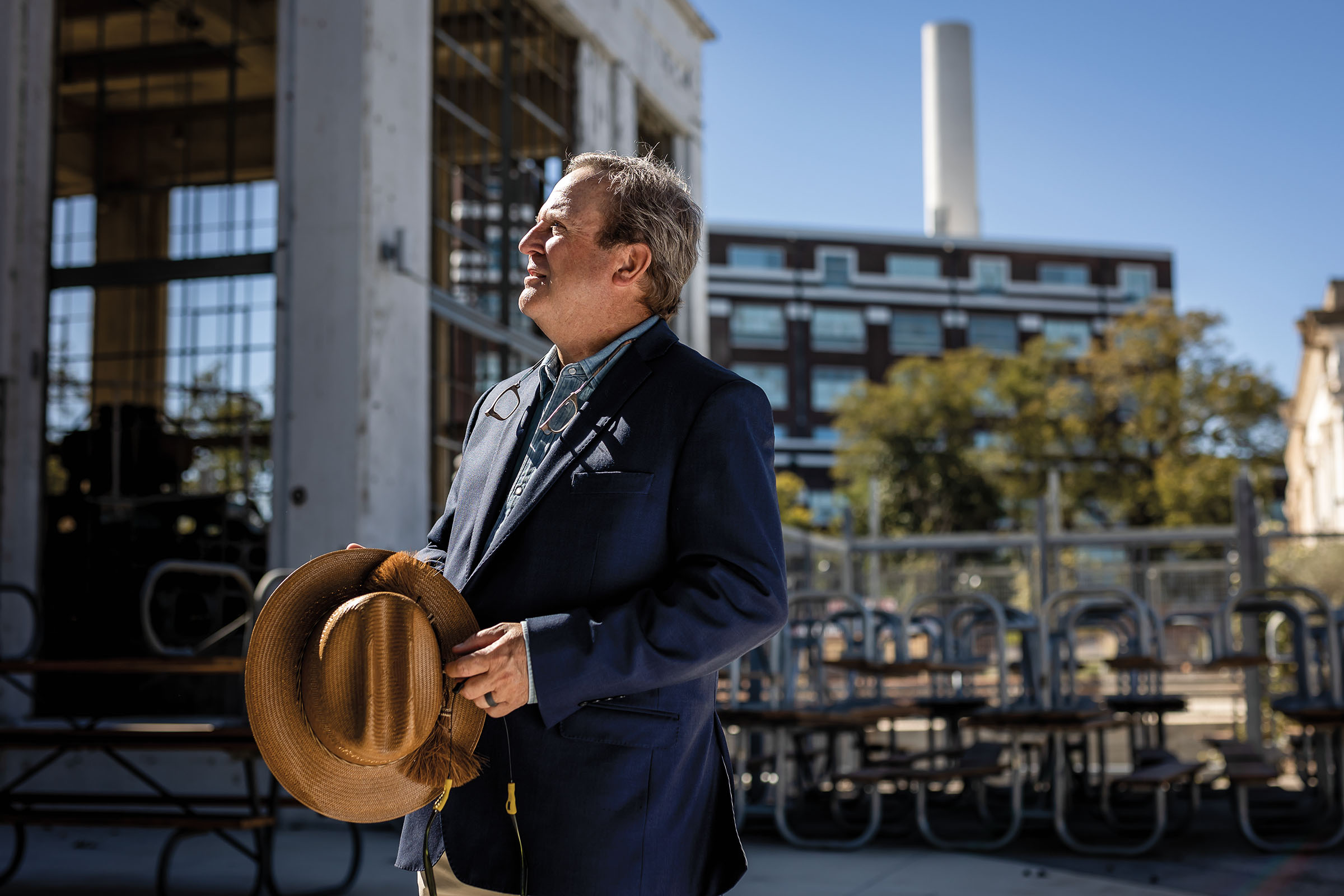 Brit King is president of the New Braunfels Foundation, which has contributed millions to causes including education and the environment. Photo by Melanie Grizzel
If you’re a fan of “The Chicken Dance,” you probably know about New Braunfels. The playful polka is a mainstay at Wurstfest, the “Salute to Sausage” hosted by the town each November. The 10-day event draws more than 200,000 revelers for German food, beer, and polka bands. Settled by German immigrants in 1845, New Braunfels is renowned for its Old World heritage and its summer tourism season. When the temperature warms up, visitors flock to the 70-acre Schlitterbahn water park and head for tubing hotspots on the Comal and Guadalupe rivers. New Braunfels’ historical character and river scenery also make it a popular bedroom community for people who work in San Antonio and Austin. The city has grappled with rapid population growth—71% since 2010—but resident Brit King says New Braunfels retains its small town charm. King moved to New Braunfels in 2000, and since 2013 he has been president and CEO of the New Braunfels Community Foundation, a nonprofit that works with donors to set up endowment funds for a variety of charitable causes. “I enjoy a smaller-town atmosphere,” he says. “I feel like you can effect change a lot better in a small town than a big city. It’s like trying to turn a speedboat versus a battleship.”

“I married a girl from New Braunfels, but we didn’t think we’d ever live here. We were living in Houston, and we realized New Braunfels might be a better place to raise children. I commuted to Houston for another eight years, from 2000 to 2008. It was brutal. You chase the dollar, and you think you’re doing the right thing.”

“We’re one of the fastest-growing cities in the country. People don’t like change, but I think New Braunfels has adopted a theory that you can’t stop change, so let’s try to do the best we can to effect change in a way that honors the culture of the city. There are some growing pains, but the town has done a good job maintaining the German culture and Hispanic culture. The bigger we get, the harder it’s going to be to do that. I hope we never lose that.”

“I’ve been here 23 years, but I’m still an auslander, an outsider. But the truth is the town is very welcoming, especially if you jump in with both feet and try to get involved with the community. We’ve got a strong chamber of commerce. If you show some initiative, you are very welcomed here. That’s hard to duplicate in a large city.”

“I’ve always served on boards of non-profits and volunteered. I heard about the Community Foundation, and it was this a-ha! moment. In nine years, we’ve donated over $12 million back to the community. We give scholarships, and we have 135 funds, including for Communities in Schools. We were also involved with The Headwaters Project [to restore the Comal River headwaters] before it became its own nonprofit.”

“We’ve got a music industry that’s phenomenal with Gruene Hall and The Brauntex theater. They’re known for Americana and Texas music. Randy Rodgers is a big artist who lives here. Cody Canada, Dallas Burrow, and Wade Bowen are also popular.”

“My wife and I both play golf. We moved to The Bandit Golf Club [on the southwest side of town] so we can spend more time there. We enjoy restaurants like McAdoo’s [a seafood restaurant downtown] and La Cosecha Mexican Table. The geography and the amenities here make our lifestyle pretty hard to beat. We’re only two-and-a-half hours from the beach. If we could just do something about that 105-degree heat…”