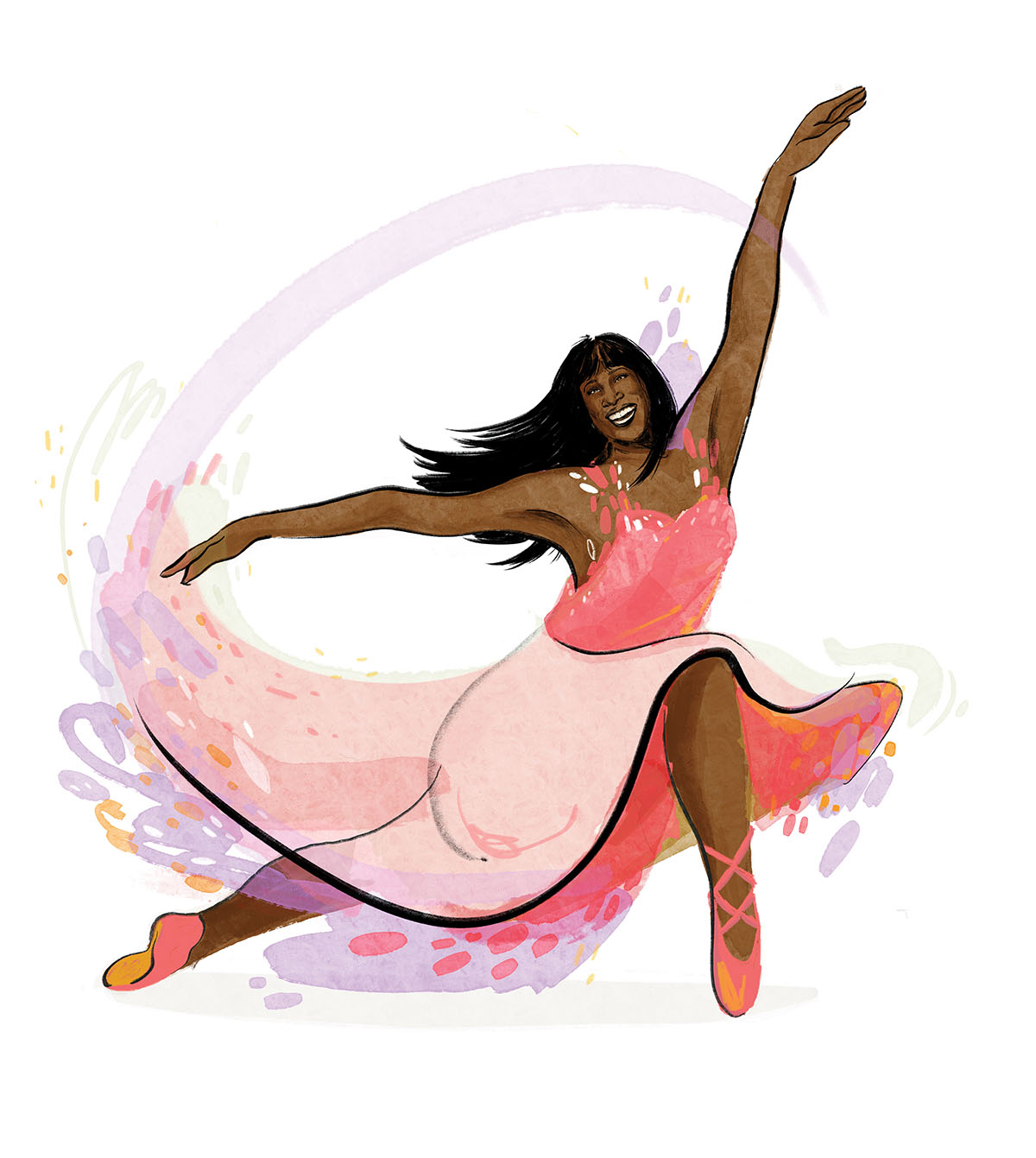 For ballet fans, the arrival of fall means Nutcracker season. It’s a tradition Lauren Anderson holds dear. The retired Houston dancer has performed nearly every role in Tchaikovsky’s enduring work, going back to 1972 when she was one of Mother Ginger’s children in the Houston Ballet’s first-ever production of the holiday classic. Upon joining the company in 1983, she played the lead role of Sugar Plum Fairy. Anderson’s experience paid off when, in 1990, the Houston Ballet promoted her to principal dancer, making her the first African American to hold the position in the company.

Over the next 15 years, working with renowned choreographer Ben Stevenson, Anderson danced her way through The Firebird, Swan Lake, Don Quixote, and countless other works. After retiring in 2006, Anderson stayed with the Houston Ballet as the company’s program manager of education and community engagement, providing dance instruction at disadvantaged schools.

While Anderson now focuses on teaching academic and life skills through the arts—and raising a son of her own—she has been recognized for her accomplishments in the dance world. In 2016, the Smithsonian Institution’s National Museum of African American History and Culture in Washington, D.C., honored Anderson’s career by enshrining her ballet shoes in its permanent exhibit. A year later, she received the Texas Medal of Arts Award in Dance.

Though COVID-19 forced the Houston Ballet to cancel its annual performance of The Nutcracker, the season remains a time of reflection for Anderson.

Q: What are some of your early memories of The Nutcracker?

Q: Why did you choose to join the Houston Ballet versus a company elsewhere?

A: I’m a native Houstonian. I love Houston. People are still trying to get me to go run stuff in different cities. They’re still trying, but there’s just something about Houston. All that said, I didn’t think I was going to get in the Houston Ballet. I thought I was going to have to go to Dance Theatre of Harlem because that’s where the African American people, the people of color, were dancing. I did know that Houston was hiring Black dancers because in 1976, Adrian Vincent James, who was the first African American in the Houston Ballet, was in the company. So it’s not like I didn’t know, but I just thought that I would have to go somewhere else. And then, in ’83 when I auditioned, I got hired, and I just never left.

Q: Growing up, what was it like to dance as a Black ballerina?

Q: How does it feel to be included in the National Museum of African American History and Culture?

A: It’s an honor to be in a national museum. The museum starts with slavery and goes all the way up through successes, all kinds of achievements. Then you get to theater and music and dance. And like I said, I saw the Dance Theatre of Harlem when I was 9, and I’m displayed in the same case as the Dance Theatre of Harlem. I really think if I hadn’t seen that company, I don’t think I’d be dancing. So, I’m really honored to be in that case. My story is there at the bottom with a picture of me as the Sugar Plum Fairy. I’m on the wall. I’m there as the Firebird, and my name is on a little plaque. It’s just a little overwhelming still. My great-great-grandkids can go there and say, ‘That’s my great-great-grandmother.’”

Q: How have you seen opportunities change for Black dancers, especially with ballerinas like Misty Copeland and Michaela DePrince now in the spotlight?

A: I think because of social media and television dance shows, more people are interested in dance. So the more people getting interested in dance, the more kinds of people you’re going to have dancing. All that said, with Misty and Michaela [being dancers at major companies], all of that was already going on. That was going on 25 years ago with me, 10 years before that with Debra Austin, 20 years before that with Raven Wilkinson, 10 years before that with Janet Collins. We could just keep going back. The difference now is we have social media, and we can see it. And laws are different. People are different. Generations are different. People have more education. People aren’t as ignorant on color and racism. Do we have a long way to go? Yes, absolutely. However, it’s definitely better, and it’s definitely different because there are so many dancers of color, not just Black, of all kinds of colors, dancing everywhere.

Q: What’s it like to work with school kids in the company’s education program?

A: Sometimes you have kinesthetic learners and tactile learners, so we get to figure out what they need and make it happen. We teach kids, through movement, about life, learning, themselves, setting goals, accomplishing goals, working their butts off without even knowing it, but realizing that hard work helps them achieve the goals that they want. We’re trying to teach the complete child, so we add social-emotional learning into dance.
It’s arts integration.

Q: How would you assess the health of the ballet scene across Texas? How does it compare to other states?

A: We hold our own. I know we’ve got Ballet Austin, Houston Ballet. There are a few [companies] in San Antonio. So there’s a lot of dance here. I feel the Houston Ballet, specifically, doesn’t get the respect it deserves. We’re one of the best companies in the world. I’m not saying it just because I’m there. I don’t dance there anymore. I just think that the world thinks that Texas is “bang, bang, shoot ’em up,” that we ride horses, and there’s tumbleweed blowing around. Now granted, in parts of Texas there is tumbleweed blowing around—it’s the terrain. But we can definitely hold our own in any industry, especially artistically.

Q: What are some of the biggest changes you’ve seen in Houston over your lifetime?

A: As a child, when I was in Houston Ballet’s first Nutcracker back in 1972, I remember going downtown. I knew we were going to get to have pizza between shows. It was a big deal. There were two restaurants [in the Theater District]: Birraporetti’s and Longhorn Cafe. Now, in that exact city block, there are, I don’t know, six, seven, eight, nine restaurants. Then there’s Midtown, the connection of downtown to the rest of Houston. The growth of the city is amazing.

COVID-19 prompted the Houston Ballet to cancel its production of The Nutcracker this year, but you can connect with the company and support its programs—including the online Nutcracker Market, Nov. 11-Dec. 11—at houstonballet.org.