Why Mattress Mack Means so Much to Houston 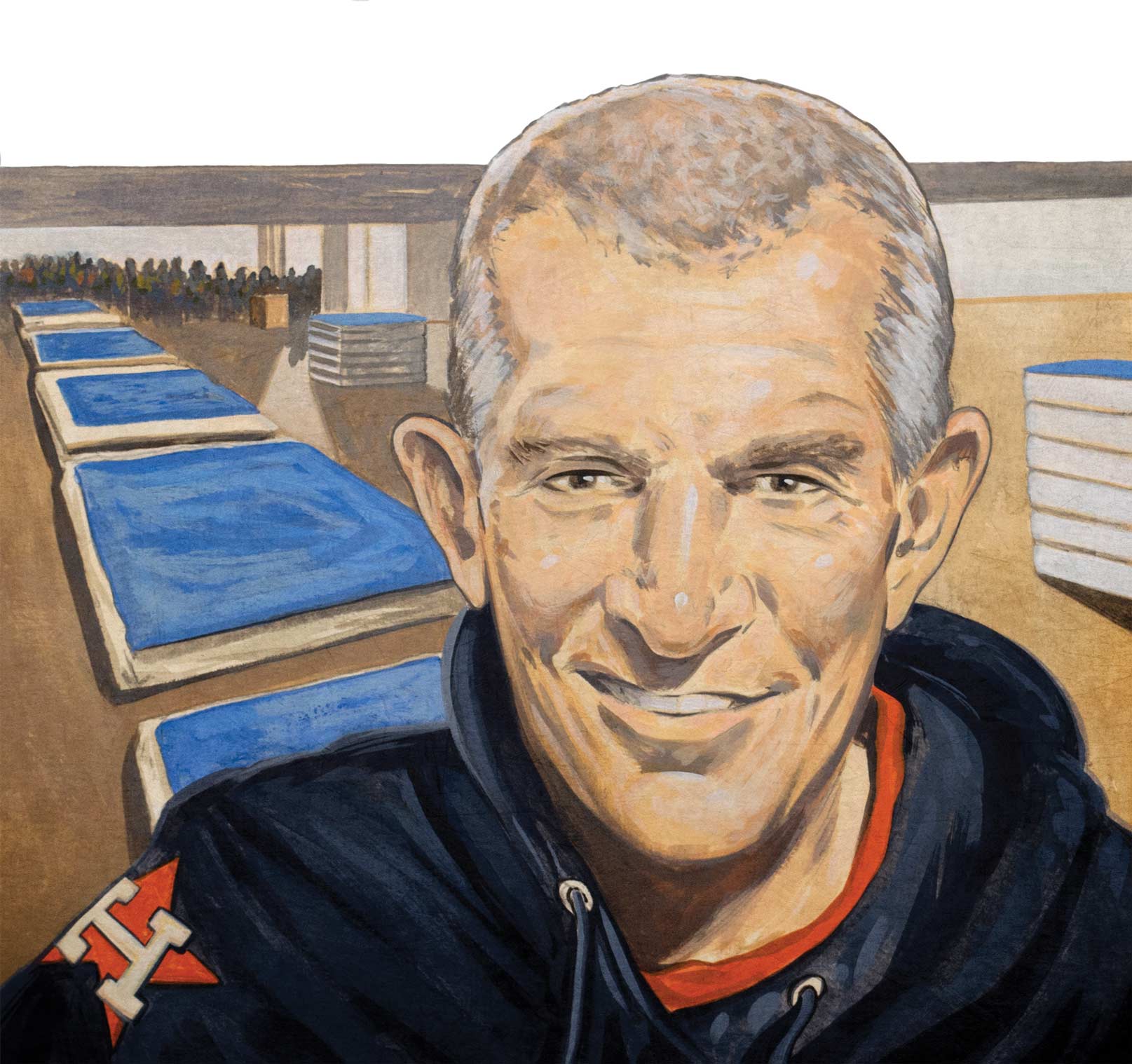 Jim McIngvale moved to Houston in 1981 with $5,000 and a dream to build a furniture empire. Within a few years, the founder of Gallery Furniture had become a local household name as “Mattress Mack,” the pitchman featured in the retailer’s zany low-budget commercials.

Whether his props were mattresses, bunny suits, Corvettes, or livestock, McIngvale always stole the scene with his exuberance and catchphrase, “Gallery Furniture will save you money!”

McIngvale initially plied his wares under a tent along Interstate 45 north of Loop 610 before opening a brick-and-mortar store nearby. Over the years, his business has grown along with the city, expanding to two additional locations on the west side of town. Gallery Furniture is now the largest independent furniture retailer in the state.

While a fixture in Houston for decades—the 67-year-old is also known for his philanthropic support of organizations including the Menninger Clinic, the Texas Heart Institute, University of Texas MD Anderson Cancer Center, and the Houston Livestock Show and Rodeo—McIngvale took a turn in the national spotlight last year during Hurricane Harvey. As floodwaters swallowed up neighborhoods, McIngvale dispatched his fleet of delivery trucks to retrieve the stranded. He also opened two of his Gallery Furniture stores to shelter people displaced by the storm. For weeks, hundreds camping out in the showrooms made themselves at home on the beds, sofas, and recliners. Nearly a year after Harvey, McIngvale looks back on that time and ahead to the coming year.

Q: How long have you been in Texas?
A: I was born in Mississippi, but I love Texas. My father moved us here when I was about 5 years old. I was in Dallas from then until I was 31, when I came down to Houston. I like Dallas. I went to school there, and I have a lot of friends there. Dallas is a great place—it’s in Texas! Not that Mississippi was bad. I’m just a Texas guy.

“We started sending out delivery trucks on Sunday night to pick people up. People called me and said, ‘Come get us, we’re drowning.’”

Q: What do you love about Houston?
A:The spirit of free enterprise. Houstonians and Texans are self-reliant. We have a dynamic, get-it-done culture. I support the Houston Livestock Show and Rodeo, and I like to go to Minute Maid Park to watch the Houston Astros. Houston is a friendly, welcoming place, with great restaurants and hotels.

Q: What places do you recommend to out-of-town visitors?
A: I like all the Pappas restaurants: Pappasito’s Cantina, Pappas Seafood House, Pappas Bar-B-Q. And there’s Del Frisco’s Double Eagle Steakhouse—I like the salmon there. Houston has the Texans, the Rockets, and of course the Astros. And there’s great arts and culture in the Museum District. I welcome people to the city of Houston to help us rebuild.

Q: Where do you travel in Texas when you’re not working?
A: Occasionally I’ll go to Austin to visit my daughter [Laura McIngvale Brown], who lives there. I enjoy eating at her steakhouse, Vince Young Steakhouse on San Jacinto Boulevard at Third Street. My main recreation is work. Work is life’s greatest therapy.

Q: What did you learn from Hurricane Harvey?
A: It was a flood of biblical proportions. The aftermath still goes on. We have to rally to help the community and not forget those who are still hurting. I learned we are much better as a community when we forget about right-wing and left-wing politics and worry about people. And there’s a can-do spirit in Houston that can overcome any problem. There’s a tremendous amount of unity and community here.

Q: Why did you feel compelled to help?
A: It was the way I was brought up. You can’t watch people suffering and not do anything about it. We started sending out delivery trucks on Sunday night to pick people up. People called me, texted me, emailed me, and said, “Come get us, we’re drowning.” So we went and got them.

Q: Why do you think they called a furniture store?
A: They called me because I’m visible. They know I’m here, they know that we like to step up and help the community. We have a slogan around here that we all have a responsibility for the well-being of our community. We take it very seriously. We try to live it.

Q: How did your stores serve as shelters?
A:The showrooms of two of the Gallery Furniture stores served as shelters. Each showroom is about 140,000 square feet, and people stayed for weeks at a time. We had between 200 and 300 people staying at eaclocation. That went on for two or three weeks, and we continued to hand out cleaning and building supplies for months.

Q: The last displaced dog to be adopted from Houston Pets Alive after the hurricane was named in your honor. What do you think of that?
A: I think it’s great. I hope he doesn’t bite too hard.

Q: What can people learn from your example?
A: I want to be part of the community, and I enjoy being out here every day and making Houstonians happy by providing them with solid American-made furniture, and helping my employees achieve the American dream. Hopefully, people can learn to never give up and to put people above profits. There’s hope for a better tomorrow; we just have to keep working at it.

Q: You wagered a bet against customers, promising to refund their money if the Astros won the World Series. How much did you lose?
A: We refunded about $15 million, but it was great for Houston. It was cathartic for the whole city for the Astros to win the World Series. I’m a big Astros fan. [In April, the Astros presented McIngvale with a World Series championship ring.]

Q: What are you looking forward to this year?
A: I’d like for the city to rebuild and for the Houston Astros to win the World Series again.

Q: Are you going to make another bet on the Astros?
A: I already have. The promotion is running now.