Writer Bryan Washington Brings Another Side of Houston to Life 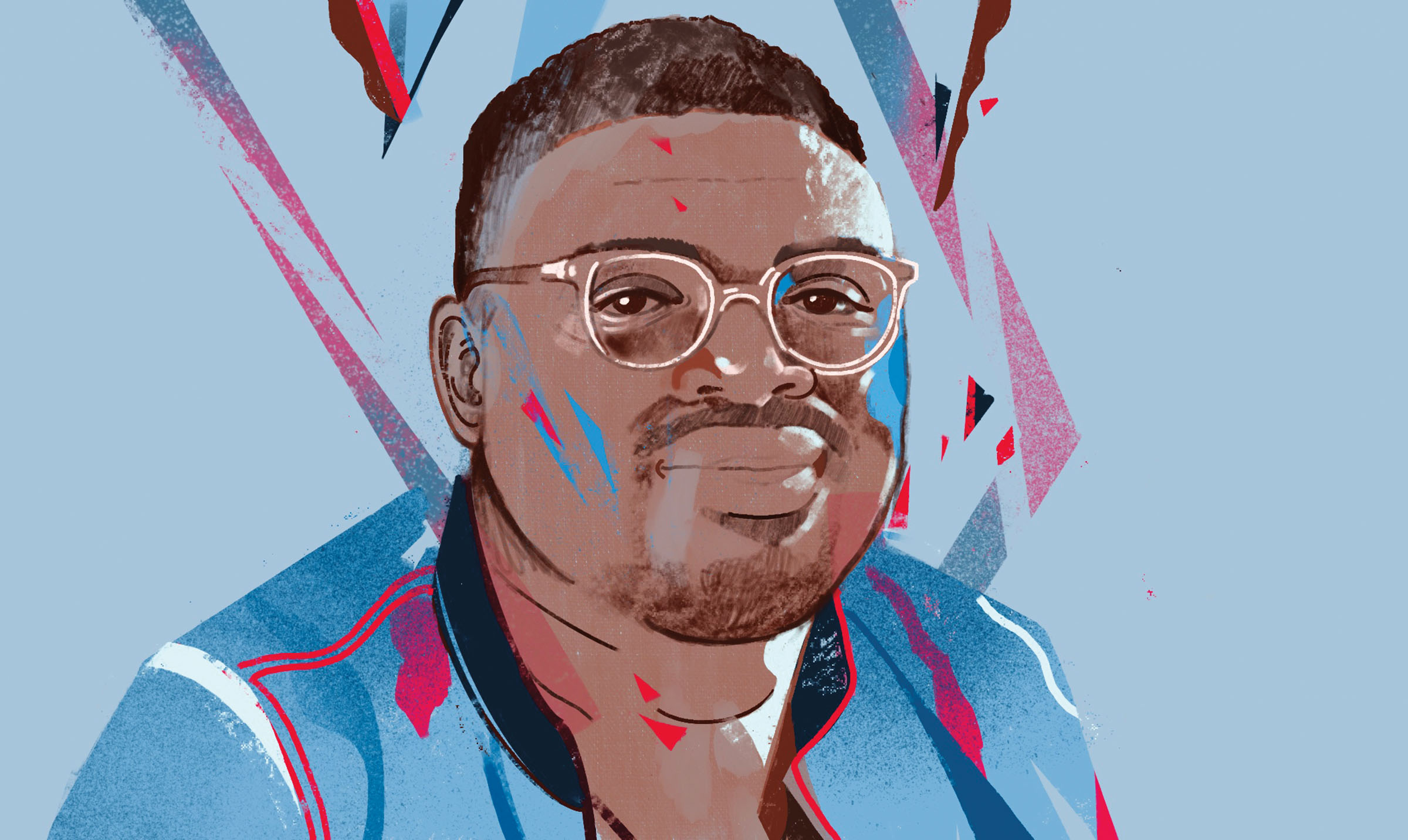 Houston writer Bryan Washington burst onto the national literary scene in the spring of 2019 with the publication of his debut story collection, Lot. The 13 interconnected stories move around the streets and neighborhoods of Houston while giving voice to a constellation of vivid, complex characters who readers don’t commonly hear from, such as a half-Black youth coming of age into his queer identity and a music-loving Jamaican sex worker. Washington’s indelible writing has garnered numerous awards and praise over the past year. Barack Obama selected Lot as one of his favorite books of 2019, and the story collection won the Ernest J. Gaines Award for Literary Excellence, a national honor for rising African American fiction writers.

In October, Washington, 27, returns with his first novel, Memorial. The story introduces Benson and Mike, young men attempting to navigate their long-term relationship while finding their footing within their own broken families. Memorial explores Houston and also travels to the Japanese city of Osaka, where Mike’s estranged father lives. Not surprisingly, food—and the preparation of meals—plays an intrinsic part in the relationships of the book’s characters. Washington writes deftly about food for publications including The New Yorker and The New York Times Magazine. In Memorial, a novel full of heart and heartbreak, Wash­ington turns an intimate lens on what it means to be a family in today’s America.

Washington grew up in Katy and attended the University of Houston and then the University of New Orleans for his MFA. Currently, he is the Scholar in Residence for Racial Justice at Rice University. With the popularity of his work, Washington has joined the ranks of celebrated Houston writers, alongside two of his personal favorites—Attica Locke and Jia Tolentino. His work is becoming essential reading for many Texans and readers around the world.

Q: What was the initial inspiration for Memorial? Did you start with a moment, an image, a character, or a place?
A: I usually start with a conversation, and sometimes that comes from an image. Memorial is a little weird for me because it came from both simultaneously. But I wasn’t good enough at the time to make it work.

Q: One of your characters is HIV positive. Are people more likely to talk about this aspect of the gay experience nowadays? Or is it still remembered as a part of the ’80s, when the epidemic first emerged?
A: Whether it’s talked about depends on the circles you run in, but the American South is very much in the midst of an HIV epidemic. Per the [Centers for Disease Control and Prevention], at the current rates of infection, nearly every other Black man who has sex with men in the U.S. is on track to become HIV positive in their lifetime. The South had over half of this country’s new diagnoses in 2018, and [Southerners] have the highest death rate in this country from complications with the disease. But we receive less than a quarter of national funding for HIV/AIDS philanthropy. Houston’s Montrose [neighborhood] is a major at-risk area.

Benson, the novel’s protagonist, is poz [HIV positive], and it has a major influence on his life and the decisions he makes. But it’s just one fact, among many, about him. And how he navigates his diagnosis is a journey like all of the others he undertakes in the narrative.

Q: With both Lot and Memorial, you animate streets and neighborhoods of Houston that many readers haven’t experienced before. What do you hope the reader walks away with about your city after reading your fiction?
A: That it can be many different things to a lot of different folks simultaneously.

Q: You write about Osaka in Memorial. How are the cities of Houston and Osaka similar?
A: They’re both cities where I’ve felt loads of warmth and generosity and kindness, and they’re both cities that are very much themselves. But all of our respective experiences of any city are deeply specific.

Q: You write about racism in Memorial in a subtle, authentic way through the characters’ daily interactions. What do you hope to illuminate about the nature of racism in your city?
A: Every work of American fiction is about racism in some capacity. I don’t know that I’m focused on—or interested in—illuminating anything about racism or marginalization though, because much of that would largely only be illuminating for white people, and a lot of that would ride on me centering the white gaze, which I’m not interested in doing. I’d like to create people on the page. And while the hardships they undergo by way of racism generally, and white supremacy specifically, are inseparable from their respective narratives, they aren’t the entirety of their narratives.

Q: The relationship of Mike and Benson morphs and changes under the pressure of metaphorical—and literal—distance throughout the course of the novel. Is there anything you hope the reader takes away from this particular portrait of gay love?
A: Thanks for using the word “particular.” I hope that specificity, and the strangeness implicit in any relationship—particularly within the mundanity—is what’s taken away. But if a reader’s giving my work their time, I’m not too hung up on what they take out of it.

Q: In an article in Entertainment Weekly earlier this year, you described Memorial as “a gay slacker dramedy.” I couldn’t help but think of Austin director Richard Linklater’s early film Slacker. What sort of impression did that film leave on you?
A: I watched the film in my late teens, and I loved it then but I couldn’t have told you why. What really sticks with me now is the narrative’s malleability though, and the way it’s so illustrative without being prescriptive.

Q: If a book group was designing a menu inspired by Memorial, what would you recommend they cook?
A: Something low-key and comforting. A good chunk of the novel’s meal sharing is predicated on the intimacy between the cook and the person they’re cooking for, and the transaction of pleasure, or the lack thereof, between them. But it’d still have to be about six courses.

Q: Do you have a favorite restaurant in Houston that you’ve been ordering from during the pandemic?
A: I don’t really play favorites but I’ve been floating from Korean Noodle House to Cafe Piquet, to Nguyen Ngo, to Cool Runnings pretty often.

Q: Out of all of the awards and accolades for Lot, was there a particular moment that was most surprising and rewarding for you?
A: Anytime someone gives you their time, in any capacity, it’s a pretty jarring experience. My mom brought it into her book club, which was pretty rad.