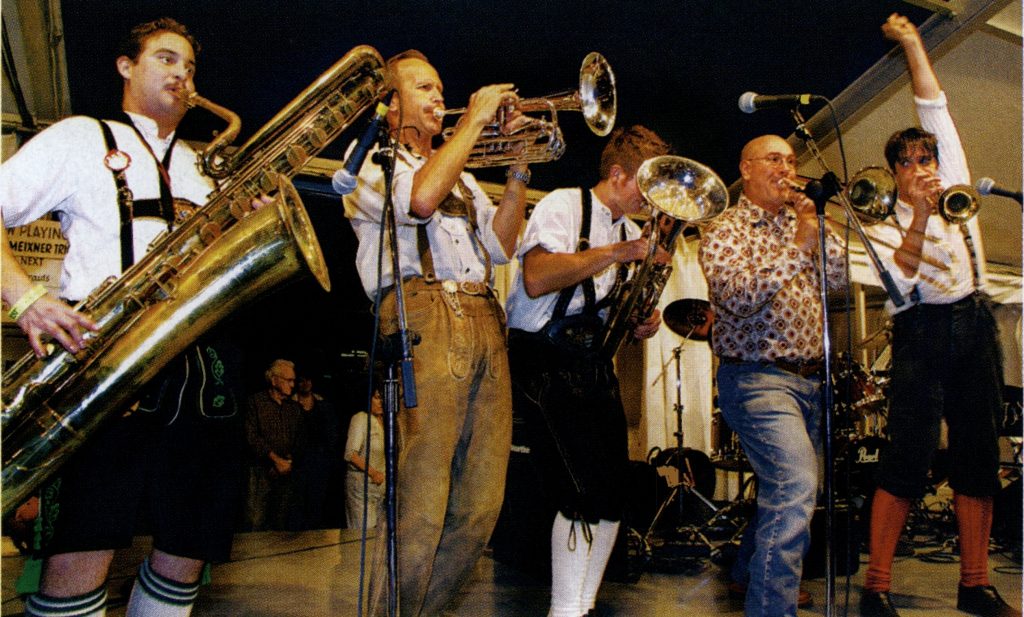 Join New Braunfels in celebrations its German heritage at the 50th Wurstfest. As always, you can expect a hearty taste of German-style food, fun, and entertainment at this boisterous event. This year, however, you might also encounter one of many Braunfels, Germany, residents who plan to travel across the world to commemorate half a century of Wurstfest.

The fun begins Friday, October 29, and continues through Sunday, November 7. Inside the festival grounds along the banks of the Comal River, more than 40 musical groups will entertain spectators with polkas, waltzes, and Alpine music, and a local theater will perform a nightly melodrama. Local craftsmen and artists will also show off their talents in booths scattered throughout the area. And there’s the food-festival-goers can choose among a multitude of German-inspired dishes such as sauerkraut, strudel, and, of course, many varieties of sausage, including bratwurst and knackwurst. Beer is the drink of choice for many, but wine and non-alcoholic beverages are also available.

The festivities don’t end at the park gates. The New Braunfels Running Club sponsors a lOK walk, the Marsch-Und Wandergrupte organization presents a
five-mile run-walk and a kids’ 1 K, and on nearby Canyon Lake, more than 200 sailboats compete in the Wurstfest Regatta. Area newcomers can also take guided tours of New Braunfels, Historic Gruene, and the Hill Country. Work up an appetite for some satisfying food, and come enjoy the rollicking celebration. Call 830/ 625-9167; www.wurstfest.com.