The restaurant is a true hot spot, garnering long lines and celebrity customers 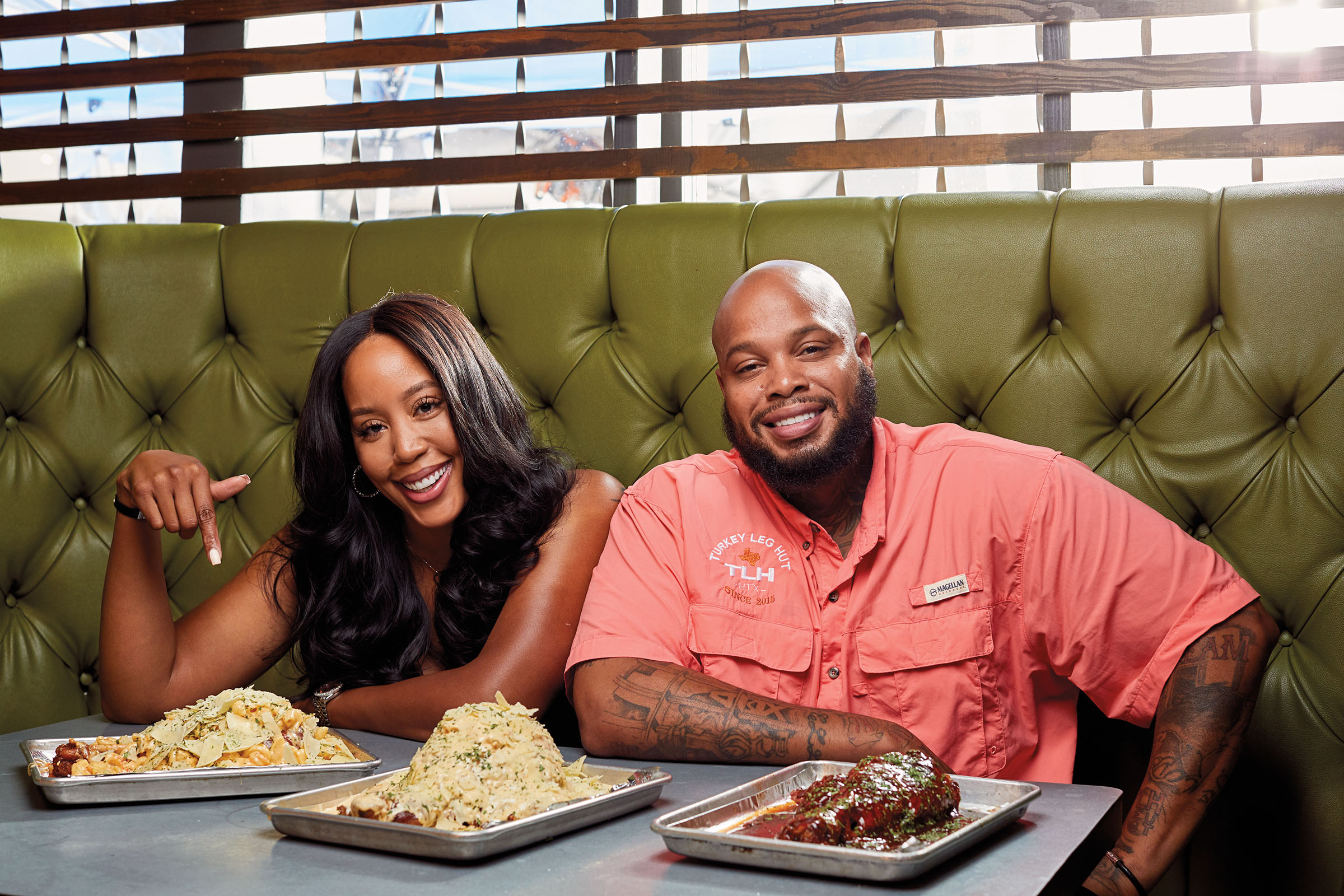 Nakia and Lynn Price own Turkey Leg Hut in Houston.

Turkey can get a bad rap due to our collective memories of bland preparations from Thanksgivings past, but husband-and-wife team Lynn and Nakia Price are changing minds one turkey leg at a time. At Turkey Leg Hut in Houston’s Third Ward, the Prices take turkey to a new level, serving tender, slow-smoked drumsticks stuffed with fillings like dirty rice, shrimp alfredo, and crawfish mac and cheese.

The Prices’ creative combinations, which blend Cajun, Creole, soul, and Southern flavors, have attracted an avid fan base. A line of eager customers often stretches down the block, and the restaurant has its share of celebrity enthusiasts, including actor Kevin Hart and rapper Snoop Dogg. On good days, Turkey Leg Hut serves as many as 2,500 of its namesake dishes.

In spite of their phenomenal success, Nakia and Lynn have no formal culinary training. They never set out to be restaurateurs in the first place. In March 2016, while the couple was assisting Lynn’s cousin’s business—shuttling people to and from the Houston Livestock Show and Rodeo—they realized they could capitalize on the crowds. With their shared love of cooking, they decided to start selling barbecued turkey legs and boudin—foods that were easy to prepare and serve in a parking lot near NRG Stadium. Nakia soon came up with the ambitious idea to stuff the legs with dirty rice. “After eating the same thing day after day, we thought, what if we added dirty rice to this?” she says. “Then we began to add mac and cheese and other foods we loved to take the original turkey leg up a notch.” Soon, customers began posting pictures of their dirty rice-stuffed turkey legs on social media, and the positive response was overwhelming.

In April 2016, to meet the growing demand, they started serving their food from the kitchen of the Caddy Shack, a former neighborhood sports bar on Washington Avenue. They opened Turkey Leg Hut at its current spot on Almeda Road the following year. The location was supposed to open in August 2017, but Hurricane Harvey delayed the launch to December. Nakia was undeterred. “I don’t let adversity get to me,” she says. “I don’t like people to underestimate me and tell me what I can’t do. I think maybe that competitiveness comes from playing sports.”

Nakia first came to the Bayou City on a University of Houston basketball scholarship, having spent her youth in Chicago and Phoenix. She fell in love with the city and decided to stick around. “Houston is a big melting pot,” she says. “I love the fact that you have so many different cultures, people from all walks of life that coexist with each other.”

Lynn, a native of the Third Ward, played baseball for Rice University. He, too, came from a family that valued cooking. Together, Nakia and Lynn developed the menu for Turkey Leg Hut based on their individual strengths. “Most of the recipes come from me,” Nakia boasts. “But the crab boils, crawfish, and fried crabs come from him. Lynn’s the dirty rice person. He made up the Cajun Bowl. I thought, This is nothing but a bowl full of carbs, but people love it. It’s the best salad.” 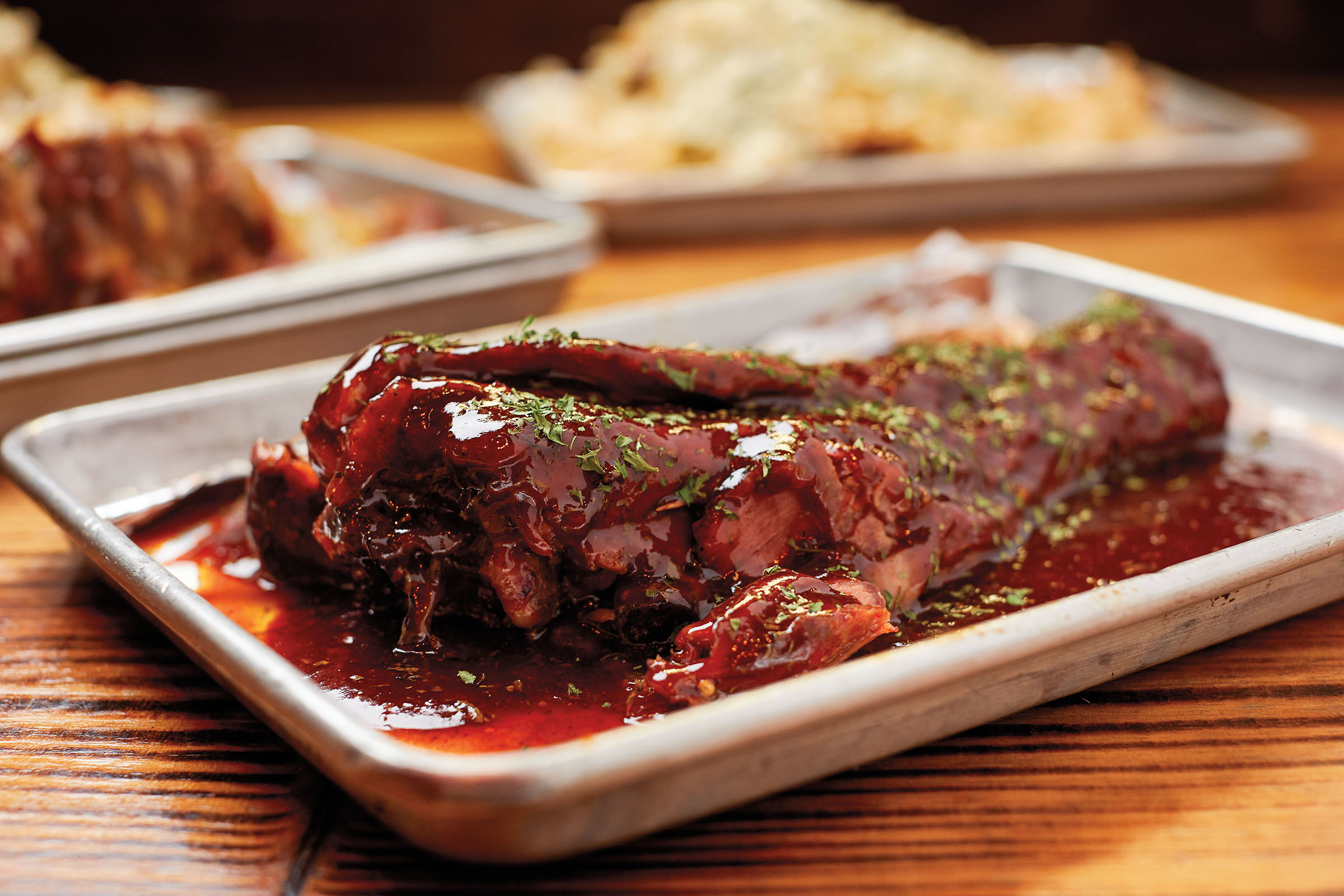 The Hennessy-Glazed turkey leg is one of the most popular menu items.

“Salad” may be a stretch. The hefty Cajun Bowl offers a pile of spicy dirty rice, smothered in Cajun-flavored crawfish mac and cheese, blackened salmon, and grilled shrimp swimming in alfredo sauce. Naturally, shredded barbecued turkey can be added to the mix for an additional charge. Turkey is featured in many of the other menu items as well, whether atop a heap of seasoned waffle fries, tucked into a baked potato, or mixed into a bowl of sweet-and-spicy beans. But drumsticks are the highlight, with meat so tender it falls off the bone. “The whole process of how we do our turkey legs was developed by trial and error,” Nakia explains. “Now we have it down to a science. We use three different woods and cook them for hours at a time. We put a lot of love into it.” The exact recipe is a closely guarded secret. 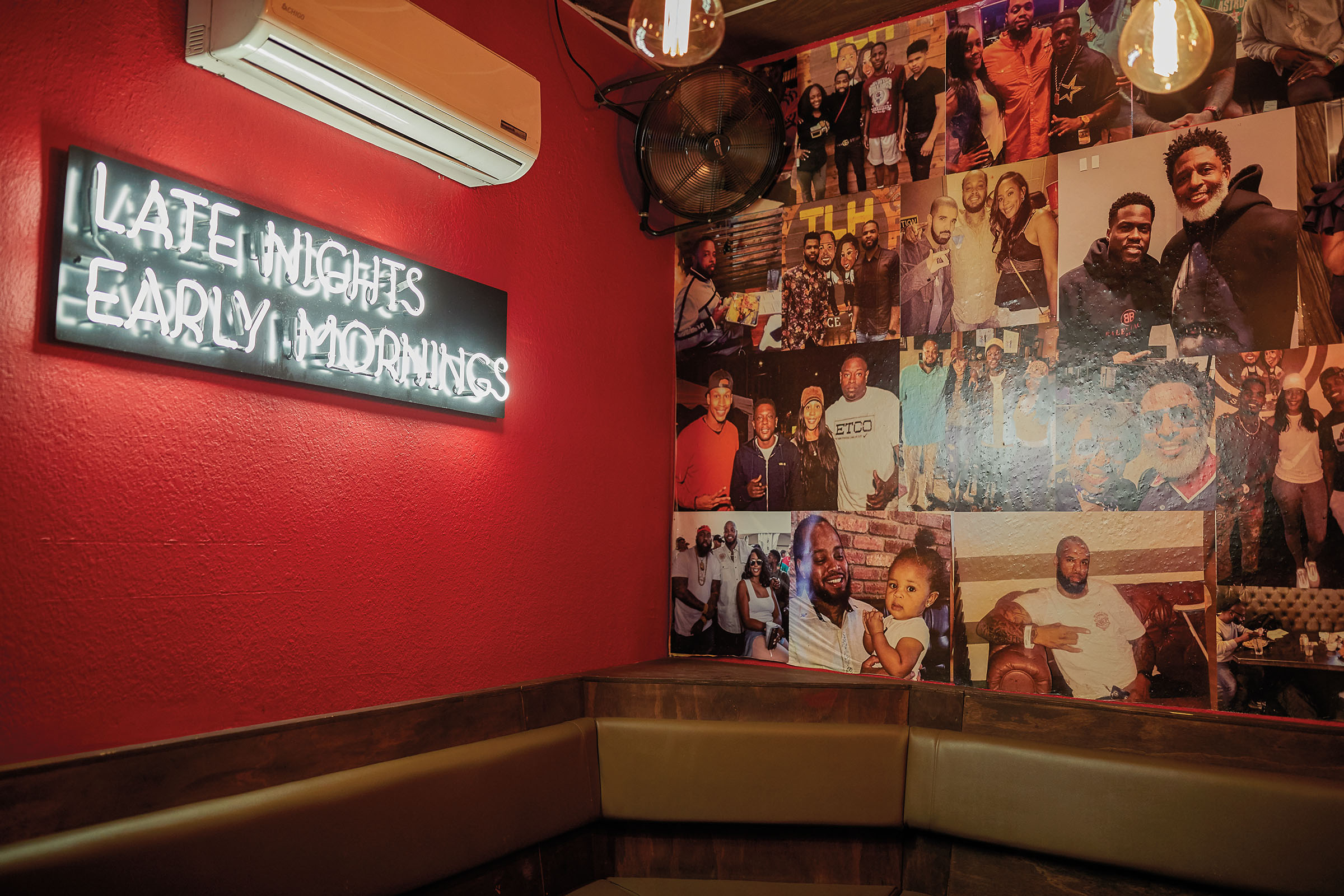 In addition to serving up good food, the Prices have made it their mission to cultivate a fun atmosphere. That means providing a live DJ to spin tunes, plus offering specialty frozen cocktails and hookahs with flavored tobacco. Under normal circumstances, customers can venture inside to perch at the bar or slip into a cozy booth. During the pandemic, however, the patio has been the place to be, since it allows for more social distancing. To adapt to reduced staff, Turkey Leg Hut has shifted to a limited menu of favorite plates. Its fleet of four food trucks circulates throughout the city, picking up the slack and dishing out comfort food at a distance.

The Prices go to extra lengths at Thanksgiving, when turkey is in high demand. Turkey Leg Hut has a full holiday menu for pickup, including a Cajun-spiced bird filled with a stuffing of mushroom caps, spinach, sausage, crab claws, and shrimp—plus accompanying sides like Creole corn and red beans and rice—in portions large enough to feed a crowd. “The large stuffed turkeys are something you cannot get anywhere else,” Lynn says. “We take our turkey legs to another level for Thanksgiving.”