The Story Behind Fort Worth Chef Tim Love’s Restaurant Empire

After 20 years and nearly as many restaurants, the chef-restaurateur and his wife and partner, Emilie Love, reflect on successes and setbacks 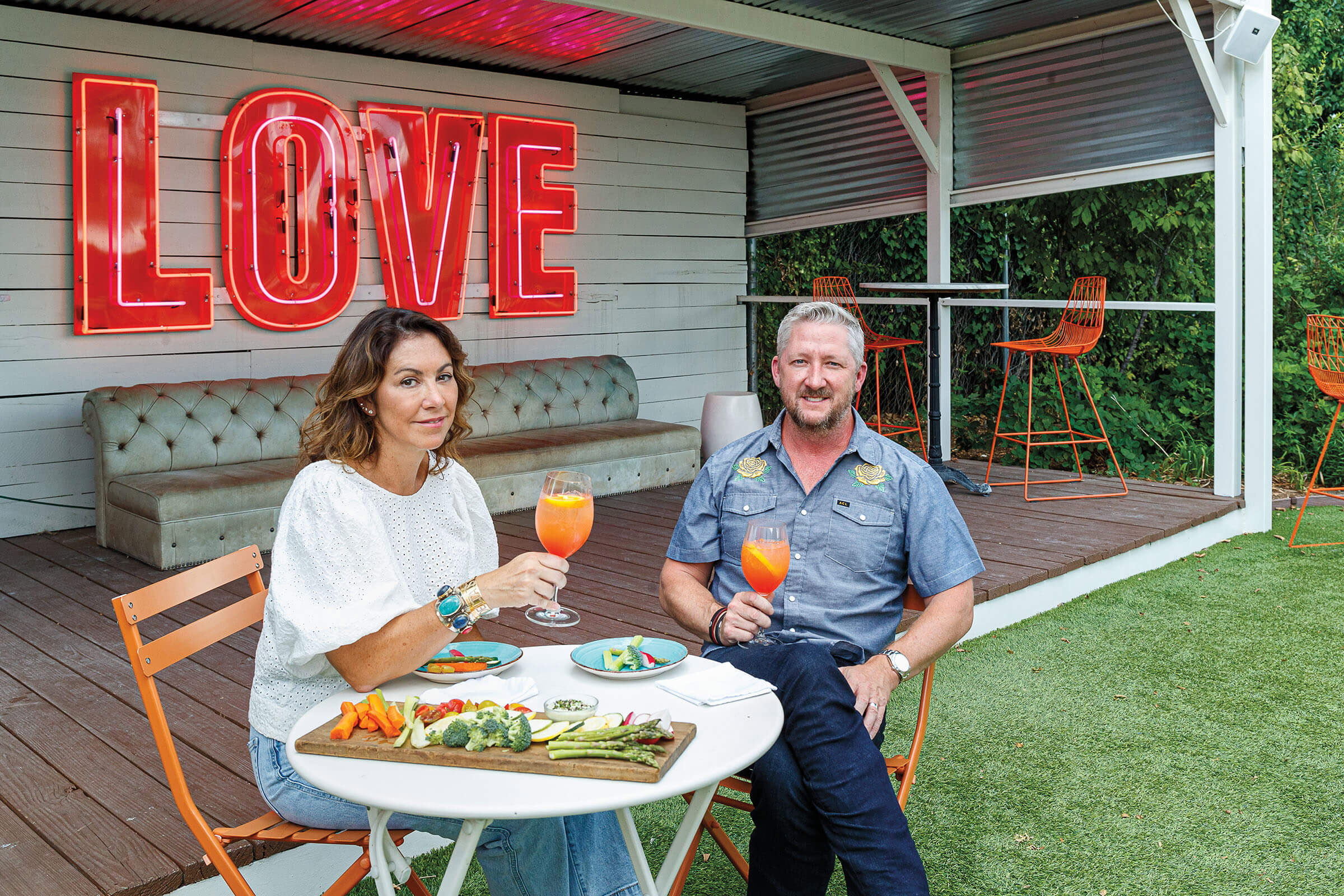 Emilie and Tim Love dine al fresco at their restaurant Gemelle in Fort Worth.

Tim and Emilie Love opened a tiny steakhouse in Fort Worth’s historic Stockyards district in June 2000. Before its official debut, they scraped together enough money to pay for their plumbing by selling beer at a street party. Today, the pair owns 14 restaurants in Texas and Tennessee without the backing of a corporation or investors. Such a feat requires unusual energy and a never-say-die mindset.

Despite opening Ático, a Spanish-style bar atop the Springhill Suites by Marriott in the Fort Worth Stockyards, in January, Tim says this year may have delivered his biggest challenge yet. When COVID-19 ground the restaurant industry to a halt, many of his 400 employees were laid off for six weeks. As soon as restaurants reopened, Tim rehired everyone. He’s launched a wellness program for employees, understanding that anxiety and depression caused by the pandemic are real issues for many.

In May, Tim joined a restaurant task force at the request of the National Restaurant Association and the White House. He and other influential restaurateurs met with the president and other policymakers to discuss Paycheck Protection Program revisions to help independent businesses survive the pandemic. Tim is also a member of the Independent Restaurant Coalition, a nonprofit that supports the RESTAURANTS Act of 2020, a $120 billion federal grant proposal before Congress. 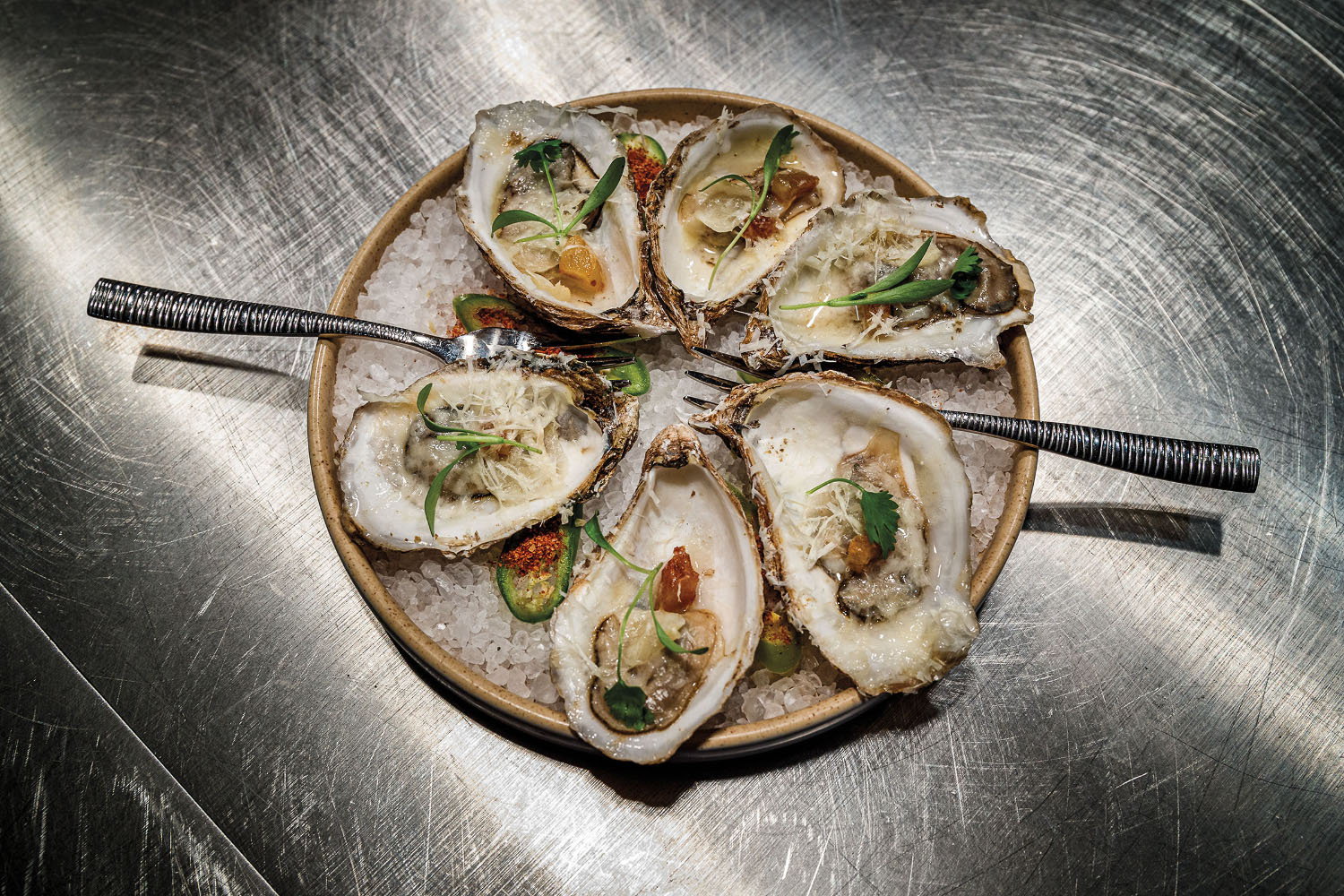 Oysters from Tim Love’s newest restaurant in Fort Worth, Ático

Tim began building his restaurant empire with the 2000 opening of Lonesome Dove Western Bistro. He was working as a chef at Fort Worth’s famous Reata restaurant, which temporarily shuttered when a tornado tore through downtown in March 2000. Tim took advantage of the time off to find a spot to open his own place. With his new bride, then a manager down the street at Del Frisco’s Double Eagle steakhouse, Tim pooled the couple’s savings and remodeled the century-old building that would become the first fine-dining restaurant in the Stockyards. Locals and travelers suddenly had an alternative to the usual fare of chicken-fried steak and enchiladas. Now, there was roasted garlic-stuffed beef tenderloin, rabbit-rattlesnake sausage, and white truffle mac and cheese, along with a wine list offering several Champagne selections and exceptional Old and New World vintages.

“All I ever wanted was to have my own place,” Tim says. Before coming to Fort Worth, he cooked in restaurants in Knoxville, Tennessee, and Breckenridge, Colorado, where he skied days, worked nights, and met Emilie. Coming home to Texas, the Denton native bided his time behind other stoves until he could afford his own. “We did all the work ourselves, sank every dollar we had into the place,” he says. “We had no choice but to succeed.”

Emilie kept her job at Del Frisco’s, which was Lonesome Dove’s competition, to help pay bills. Within a few months, a big story on Lonesome Dove—noted for its elegantly rustic space and small team of chefs wearing cowboy hats in a tiny kitchen—landed in Bon Appétit. Tim’s brand took off from there, and Emilie quit her job to help him. Soon, they were sharing their cuisine at the esteemed Aspen Food & Wine Classic festival, where they became pals with culinary luminaries, including José Andrés, Rachael Ray, and the late Anthony Bourdain.

After opening several other eateries in Texas over 15 years, Tim felt drawn to Knoxville, where he spent summers as a boy with his dad, a doctor and farming hobbyist. He’d learned to cook, garden, and work cattle there. While attending the University of Tennessee, he worked in kitchens as much as 60 hours per week. “The adrenaline got to me, and I knew this was exactly what I had to do,” Tim explains. “I loved learning what a perfect tomato was like, what fresh herbs should smell like.” When he opened Knoxville locations of Lonesome Dove and a burger joint called Love Shack in 2016, he got to reconnect with the people who’d helped him get started some 25 years before.

It wasn’t the first time Tim had left Texas to take a chance on a project. In 2006, Tim and Emilie took their three toddlers with them to live in New York part-time while opening a Lonesome Dove location in Manhattan. It closed within a year. “Business is business,” Tim says with a shrug. The experience, however, led him to his friendship with chef Juan Rodriguez, who worked for Tim in New York and now owns Magdalena’s in Fort Worth.

“It was the best experience I could have had,” Rodriguez says. “We worked really hard, but had a lot of fun, too. Tim taught me so much about the creative side—how to work photo shoots and how to market yourself.” 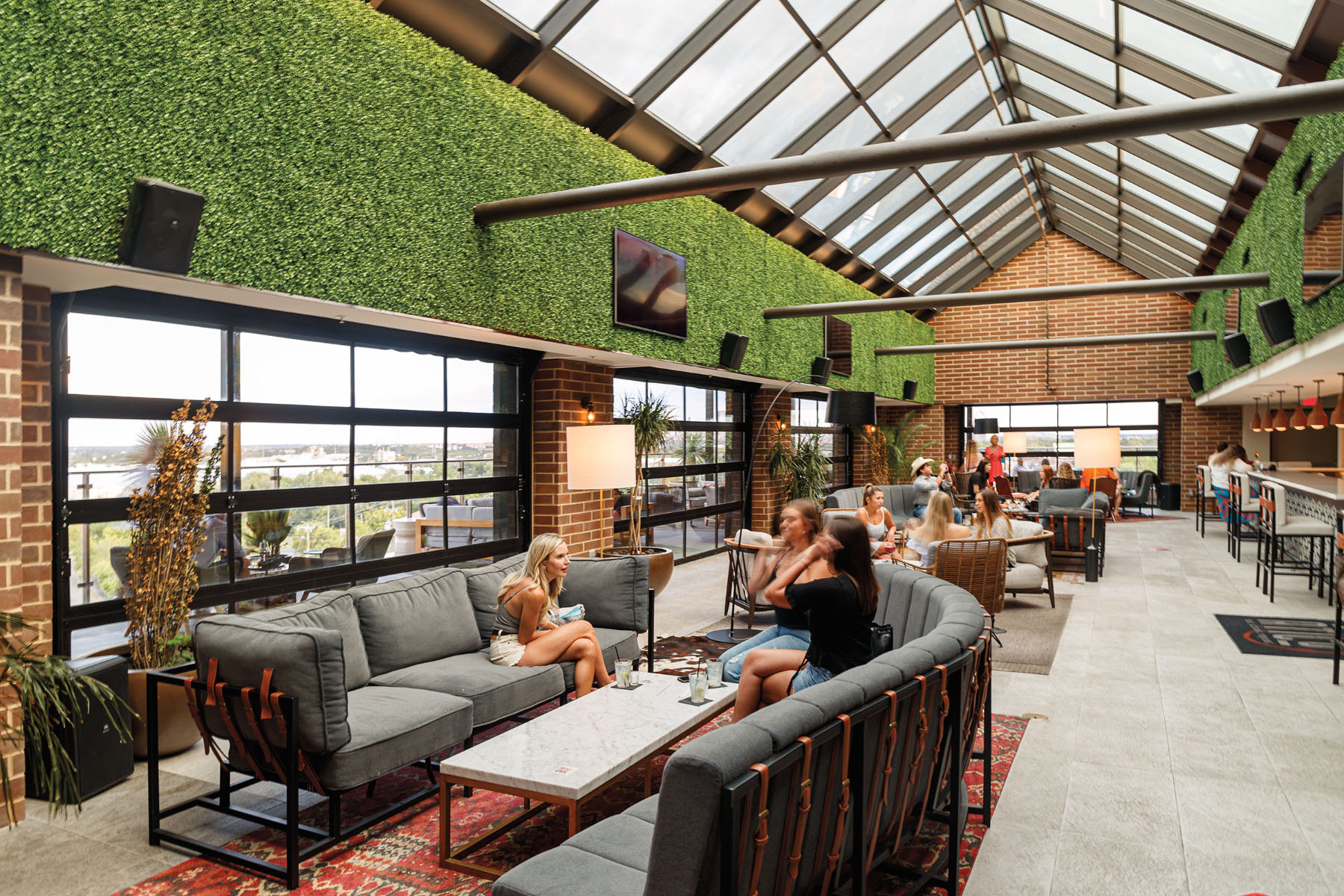 The interior of Ático

The setback in New York proved to be a small blip in the career of a chef who averages one restaurant opening a year. “At first, I just wanted to have three restaurants, which was kind of unthinkable at that time,” Tim says. “But I like to do things just to see if I can, and with passion.”

Some of his restaurants are directly inspired by family members. He opened Queenie’s, a steakhouse in Denton, in 2013 in honor of his mother—nicknamed Queenie—who still lives in the town. In 2019, he opened his first Italian restaurant, a bright and cheerful trattoria in Fort Worth called Gemelle—the word means “twin girls” in Italian—as a nod to his two daughters.

Though travel keeps him on the road much of the time, Tim still hangs his hat in Fort Worth, where Emilie assists with restaurant design and music. “Tim’s the driving force behind all of this, but riding shotgun gives me such a good view,” Emilie says of their 20-year adventure she hopes will continue for at least another two decades. “And though the journey takes us all over the country, the road always leads back home to Fort Worth.”