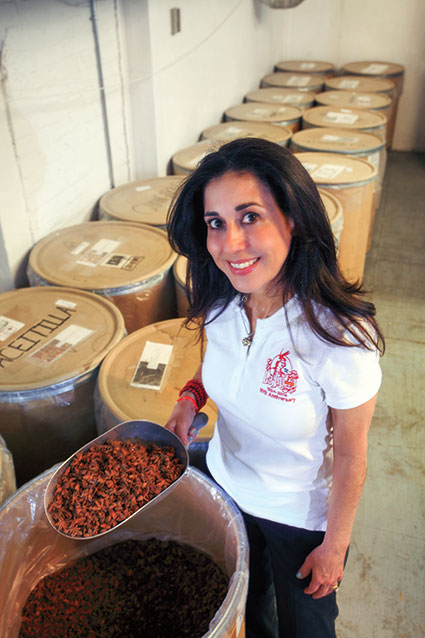 “With the resurgence of cooking shows, people are always looking for secret ingredients,” says Elsa Rodriguez Arguindegui, one of the family owners of Laredo’s La India Packing Company, which recently celebrated its 90th anniversary. 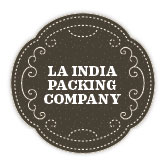 “La India is in the business of secret ingredients.”

The Laredo store sells pineapple pepper, chorizo spice, arbol chile powder, and dozens of other herbs and spices, along with blends developed especially for seasoning fajitas, chile con carne, steak, carne guisada, and many other popular dishes. Introduced in the late 1990s, Tejano Seasoning has become one of La India’s bestsellers. “It’s a perfect balance of cumin, ground pepper, and garlic,” says Elsa. La India’s Tasting Room Café, which does a brisk lunch business, offers diners a chance to try new seasonings before they hit the shelves.

Elsa explains that, being a border town, Laredo enjoys culinary influences of two countries. “We represent the ‘real McCoy’ flavors of South Texas,” she says, adding that interest in traditional flavors is an important reason why La India is still around after 90 years.

Elsa’s grandfather Antonio Rodriguez and his wife, Antonia Villarreal Rodriguez, opened La India in 1924 to sell Mexican chocolate, medicinal herbs, and kitchen staples. Eventually, they focused on packaging spices and herbs, as well as creating blends such as their signature menudo and chorizo mixes.

Elsa and her family were recently presented a Texas Treasure Business Award from the Texas Historical Commission to recognize their 90 years in business.