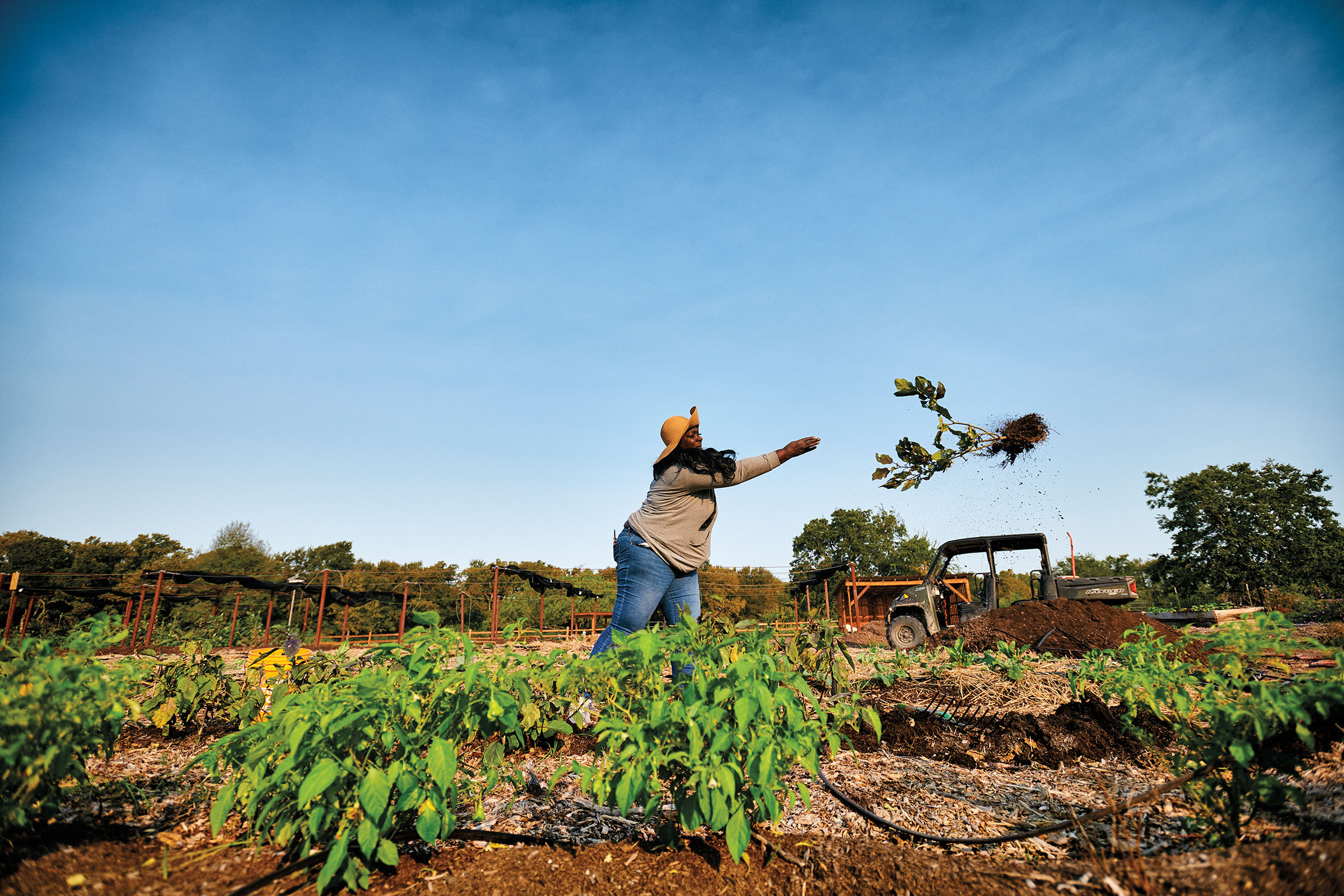 Lanekka Wright remembers the first beet she fell in love with: a mellow golden variety called “badger flame.” It’s one of the veggies she discovered while working at Bonton Farms in South Dallas. “Neka,” as she’s known by her colleagues, became a certified Master Gardener earlier this year.

Three years ago, Neka felt “mentally, emotionally, and physically drained,” she says. Her eldest son was in prison, and her grandchild had narrowly escaped a bullet during a shooting. She had also endured a car wreck that killed two friends. An acquaintance who worked at Bonton Farms part time brought her there. Even on her first visit to the farm she recalls feeling “the dark shadows riding my back were moving behind and away from me.” 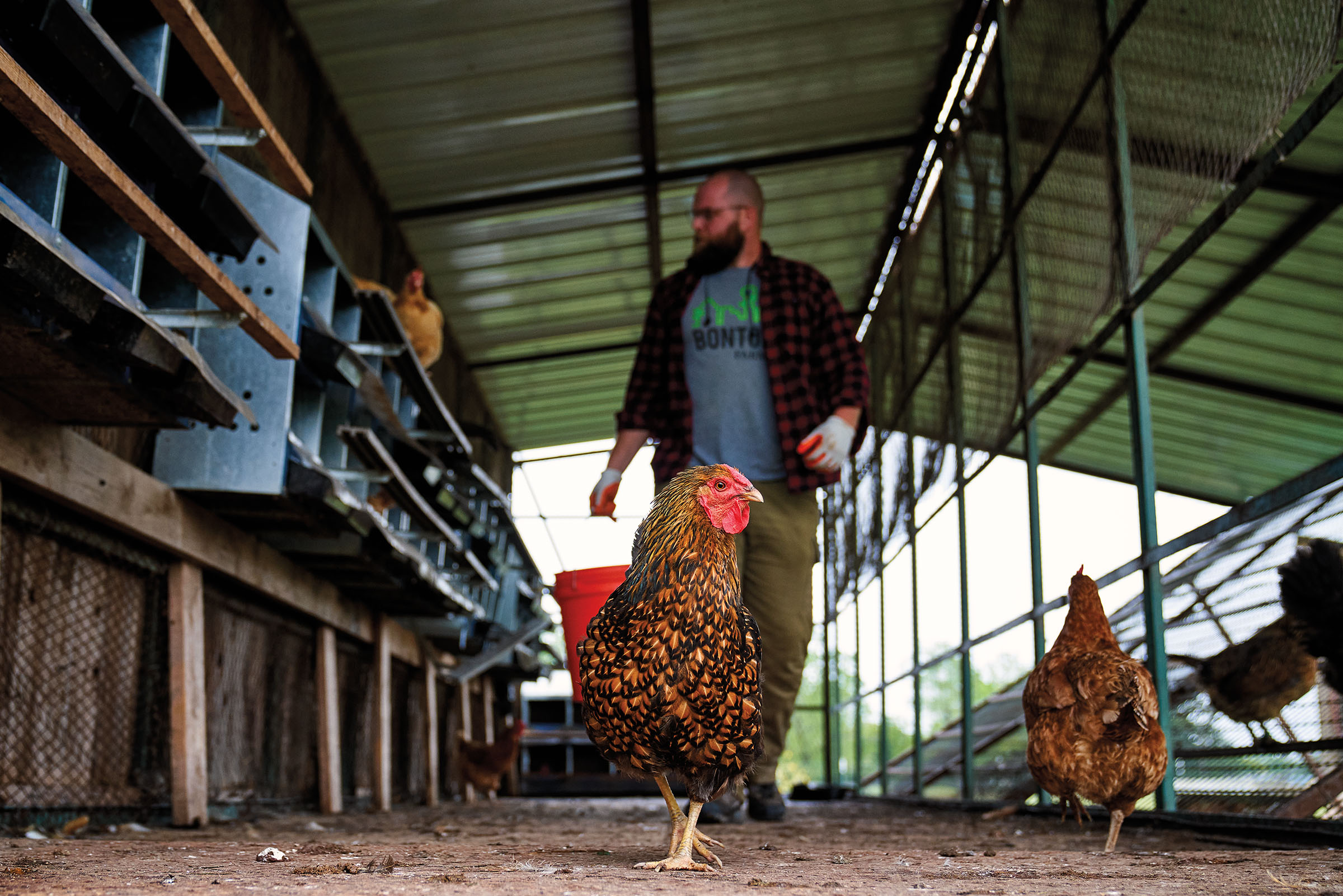 Fresh eggs are a staple at Bonton Farms

Peace and comfort are fringe benefits of being at the farm, whose main goal is to provide fresh, healthful food and job opportunities to the residents of the Bonton neighborhood. Neka applied to be a volunteer intern at the farm. She worked her way up to becoming a paid employee, feeding the animals and prepping eggs laid by the chickens. Now, she oversees her own garden.

When Bonton Farms founder Daron Babcock moved to Bonton in 2012, beets—or any fresh, non-frozen, non-canned vegetables for that matter—were nearly impossible to find nearby. Bonton is a food desert, which the U.S. Department of Agriculture defines as an area without a full-service grocery store within a 1-mile radius. Babcock notes that it is a three-hour round-trip bus ride to the nearest grocery store, so most people in the community shop for food at convenience stores. The lack of fresh food, coupled with other factors, has led to many health problems. The occurrence of diabetes, heart disease, stroke, child obesity, and cancer in Bonton and the surrounding areas are more than 50% higher than the Dallas County average, according to research commissioned by the city of Dallas. Babcock and his wife, Theda Babcock, launched Bonton Farms in 2015 with the mission of providing fresh food and jobs.

“As a Christian and as an addict recovering, it is never too late to be redeemed,” Babcock says of his decision to open Bonton Farms. “I have been a benefactor and been given a second chance to be redeemed. I now understand God creates us with a purpose.”

After losing his first wife to cancer, Babcock went down a dark road that included issues with drug abuse. In an attempt to build a new life for himself, he resigned from his job, sold his home in Frisco, and moved into an abandoned Habitat for Humanity house in Bonton.

The Bonton neighborhood has a painful history that includes segregation, violence, and poverty. Drug dealing, crime, and gun violence occur regularly in the area. Because a majority of Bonton’s male residents have been incarcerated, finding and keeping jobs is a challenge.

As Babcock got to know his new neighbors, he invited them to share his front porch and read the Bible with him. Even though his neighbors were initially wary of a middle-class white man’s presence in Bonton, the delegation eventually outgrew the porch and moved to a community center. To give everyone something to do and some food to take home, Babcock started a garden in the lot next to his house. In 2015, when larger acreage near the neighborhood became available, the mission of his garden took on a grander scale. Five years later, about 30 employees oversee the year-round farm, which now includes bee hives, herds of Nubian goats, Duroc and Mangalitsa hogs, and two Scottish Highland cows. 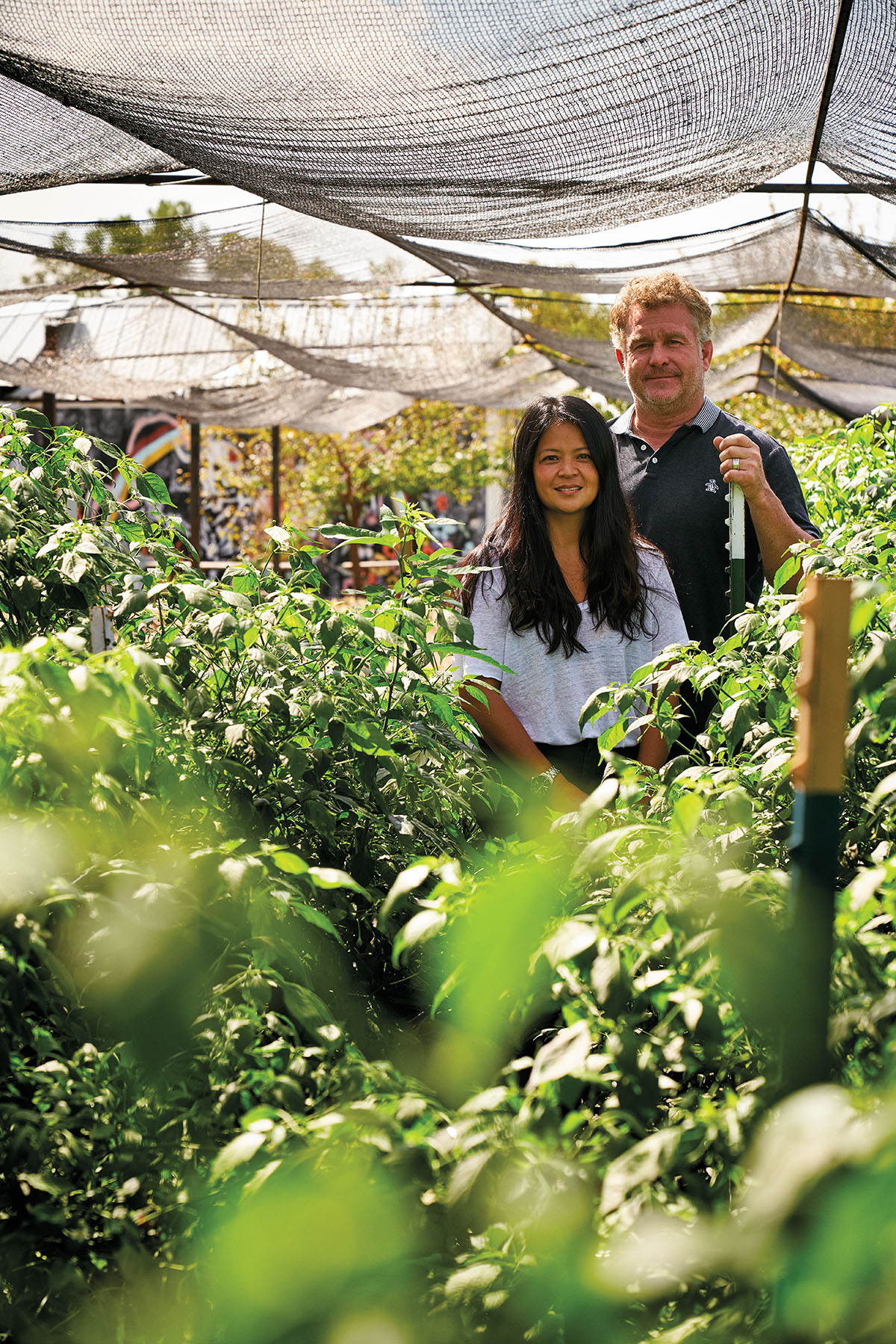 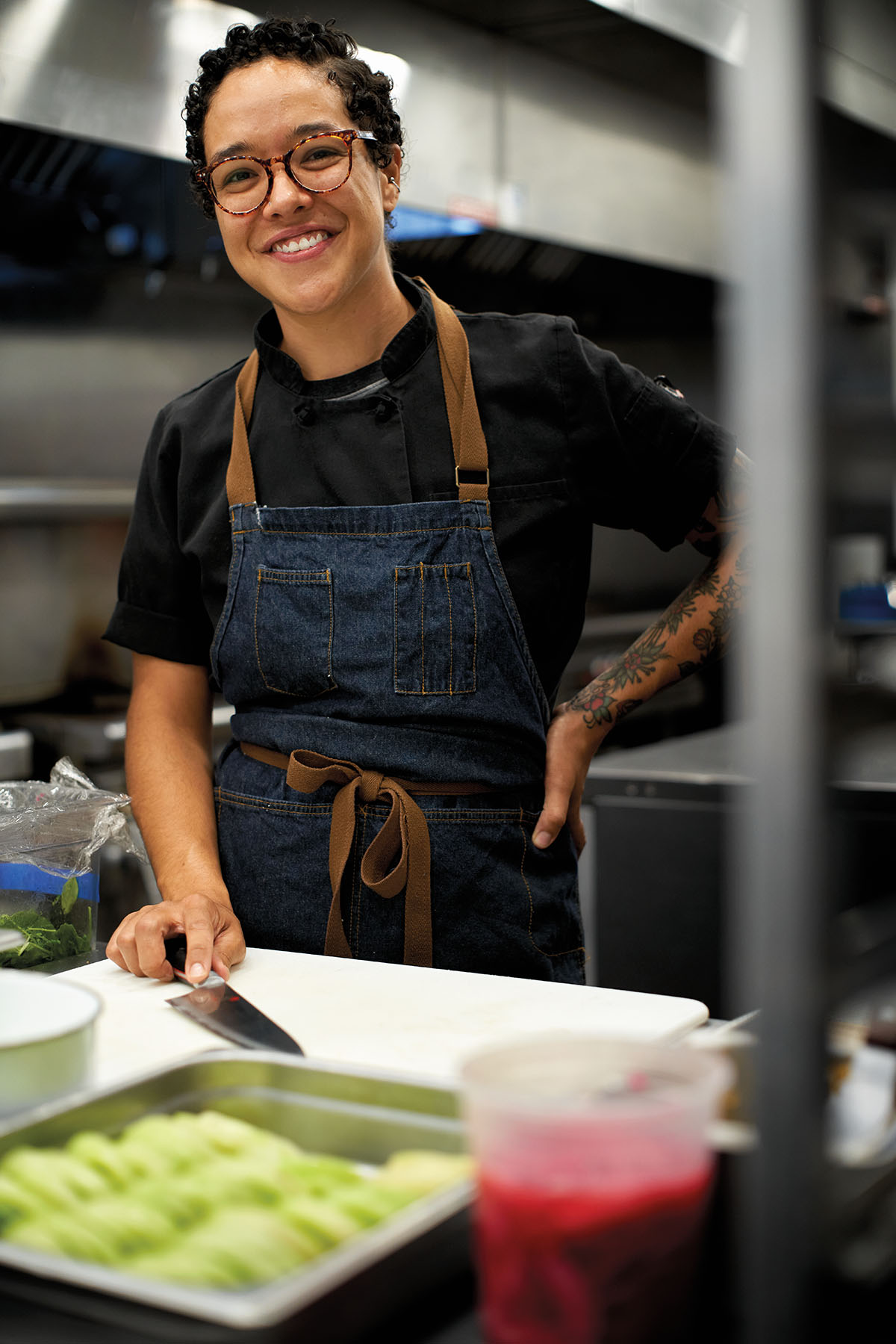 Patrick Wright, a Bonton Farms employee (no relation to Neka Wright), was one of the original Bonton residents who gathered on Babcock’s front porch. “I helped Daron with the farm,” he says. “In 2014, it was just a garden he had outside his house. He invited me to work there as a volunteer.” Patrick’s current situation is a world away from his former life dealing drugs in South Dallas. These days, he tends to the goats whose milk may be used in ice cream, ricotta cheese, or a latte served in Bonton Farms’ adjacent café that opened in 2019. “Daron taught me how to cultivate healthy soil and provide the right nutrients, water, and position for seeds and plants,” Patrick says. “As a result, we provide healthy food for our community.”

Developing a résumé and job skills are major objectives at Bonton Farms. Once employees have experience under their belts, they can look for other job opportunities with confidence. Bonton Farms also has a food pantry, items available to purchase with food stamps, and a barter system: People can receive nutritious food in exchange for volunteer work, which Babcock refers to as “honorable exchanges.”

Frequent café patron David Dean, a former Texas secretary of state, is one of the institution’s strongest advocates. “In an amazingly short time, they have performed a miracle,” he says of the Babcocks. “Where there was no hope, there is now success and achievement.” The Babcocks are currently working with city officials to see if Bonton Farms’ model could positively impact other neighborhoods.

But Babcock has not lost his focus on Bonton’s residents. This past summer, he mentored Quincy Bradley, a former high school basketball star who got in a fistfight and was hospitalized with a gunshot wound inflicted by the disgruntled loser. After months of recovery, Bradley found Bonton Farms. “Farming saved my life and healed me from the inside out,” he says.

A few months ago, Babcock and Bradley were surveying stunted mad hatter, Fresno, and shishito peppers in a plot Bradley was overseeing for the first time. The culprit was an untested load of commercial compost that wasn’t fully cured. As Bradley pointed to the wilted plants, he said almost inconsolably, “I put this down with my hands.”

Starting over with grace and dignity is another lesson learned at Bonton Farms. “We will plant some cover to restore the nitrogen in November for your winter garden,” Babcock reassured him.