This Native Bean Can Be Made Into Gluten-Free Flour, Jelly, Coffee, And More

Mesquite beans, which grow well in South Texas, are being reintroduced into local diets 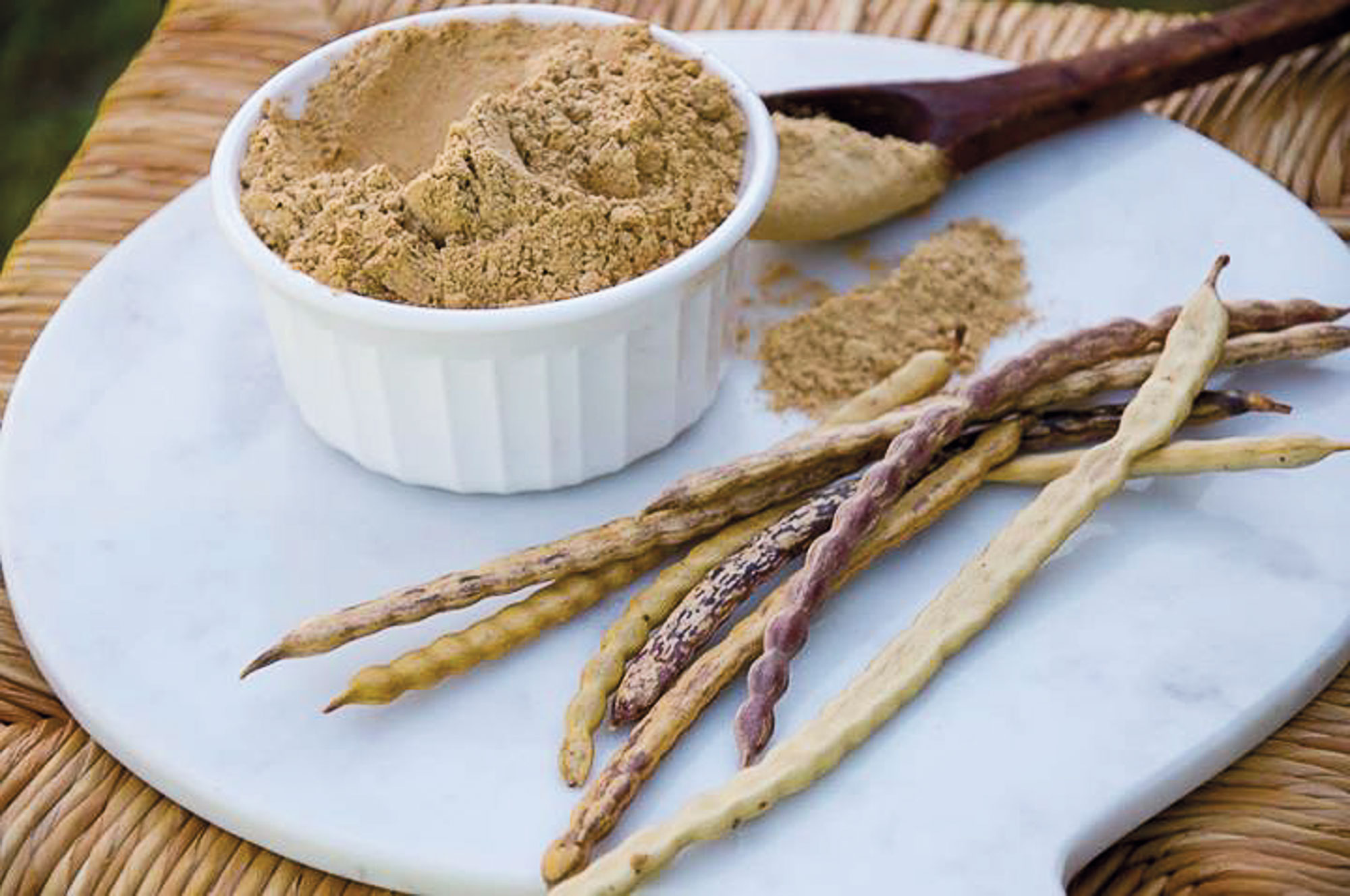 When Victoria Cappadona was growing up in McAllen in the 1970s, she would pluck ripe beans from wild mesquite trees and pop them in her mouth, savoring their sweetness.

Around 6 inches long, the beans looked like strands of brown beads dangling in bunches from the scrubby tree’s characteristic of the South Texas landscape. “That was candy for a lot of kids,” Victoria remembers.

Products are sold at many local retailers, including the Museum of South Texas History

Little did she know that she would later play a role in reviving this obscure ingredient for a new generation with her line of Cappadona Ranch products—including mesquite bean flour. Because mesquite beans are legumes, which have high fiber and are a good source of protein, some dieticians praise their nutritional benefits.

Victoria; her husband, Justin Cappadona, a fellow South Texas native; and their three sons live on a cattle ranch in Linn, 20 miles north of Edinburg. While some ranchers and farmers have a thorny relationship with mesquite trees—they are sometimes called “devil trees” because of their hardiness and resistance to removal methods—Victoria saw something special in them. 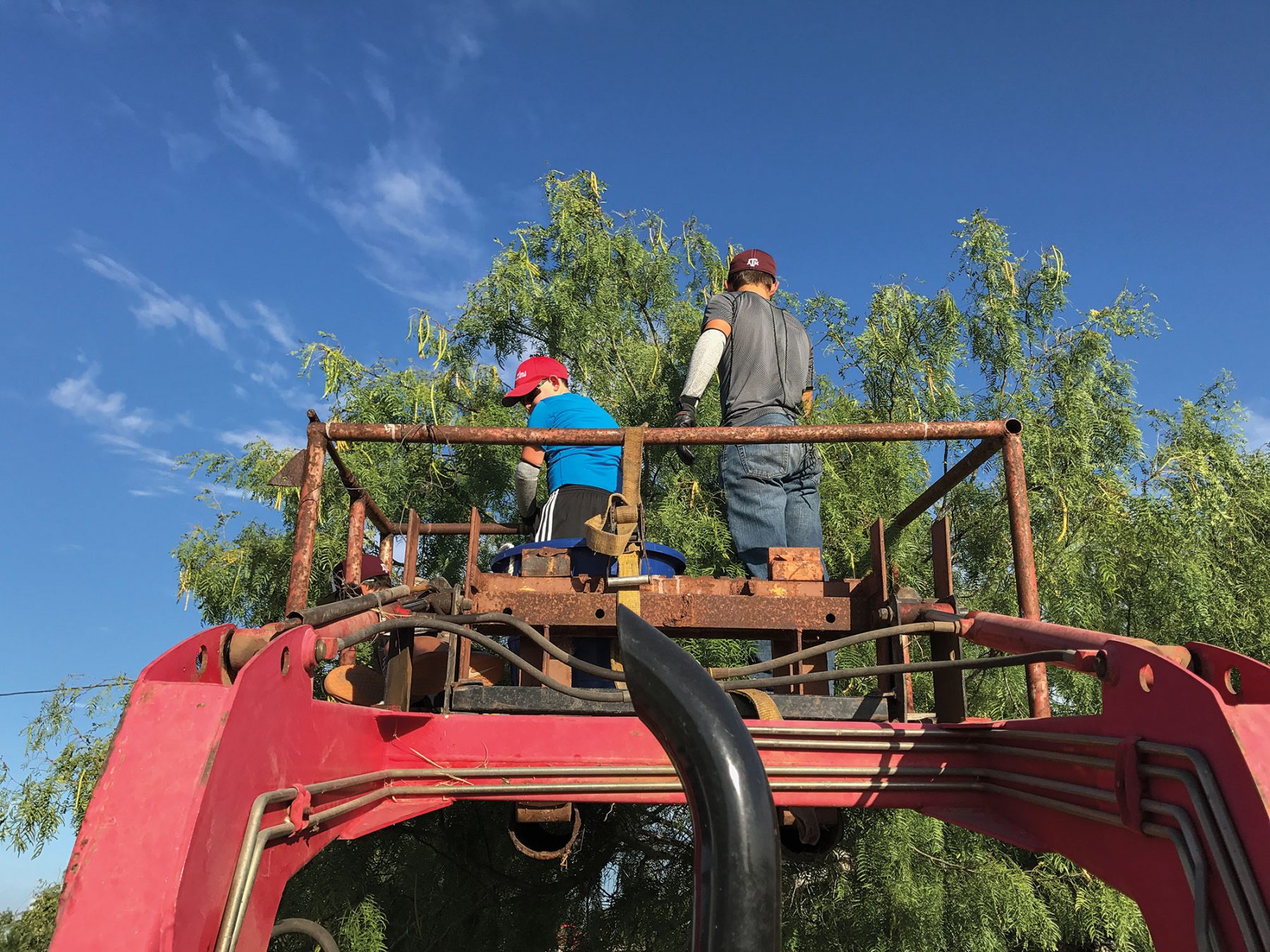 First, she began experimenting with jelly recipes using mesquite beans. Then, in a kitchen mishap, she roasted the beans in the oven when she intended to dry them. “My boys were fighting, the FedEx guy was at the door, and I just got totally sidetracked,” Victoria recalls. She ground the roasted beans into coffee, recalling something she’d read about Texas Civil War soldiers using it as “camp coffee” in times of scarcity.

After peddling her jams and coffees at area farmers markets for a few years, some customers started inquiring about flour, which could also be milled from mesquite beans. She figured she’d give that a shot, too.

The result is a gluten-free, nutrient-rich product that can substitute for regular flour in baking but can also be sprinkled raw on food like a condiment or a natural sweetening agent.

“We’ve brought mainstream awareness of this delicious crop, and we hope to define it as a true flavor of Texas.”

“I have a lot of customers who put it in their salt shaker so that when they’re craving something sweet, they’ll sprinkle it on their oatmeal—some people even sprinkle it over their vegetables,” she says.

The finely milled golden flour smells like nutty cinnamon. Taste it on its own and you’ll get hints of sweet, spicy mocha and dark fruit.

“Some people ask me, ‘Did you add sugar to this? You didn’t add vanilla? You didn’t add flavoring?’ and I’ll tell them, ‘No, it has natural sugar. This is straight-up mesquite bean flour,’” Victoria says.

She praises the product’s versatility— it can be used in baked goods such as banana-nut bread and cookies, as well as to make sweet tea by mixing a few tablespoons into brewed tea and straining with cheesecloth.

Though mesquite beans haven’t become a staple of modern American diets, they were a major food source for indigenous communities in the Southwest and Mexico for thousands of years. The beans are harvested summer through early fall.

Though a lot of mesquite bean products on the market come from South America, Texas is home to 75 percent of mesquite trees in the U.S. and stands poised to emerge as a bigger supplier.

“We’re now at a unique place where we can reclaim mesquite pods as an important culinary ingredient that’s representative of our foodways,” says Sandeep Gyawali, Austin-based founder of Texas Mesquite Movement, whose mission is to revive the use of mesquite in kitchens across the state. “Over the past several years, there has been development of a mesquite pod processing industry in the state, along with food and beverage artisans willing to use it in their craft. We’ve brought mainstream awareness of this delicious crop, and we hope to define it as a true flavor of Texas.”

The ingredient’s low glycemic index is especially important in the Rio Grande Valley, Victoria says, because of the high rate of diabetes in the area. Recent reports from the University of Texas–Rio Grande Valley place the rate of Type II diabetes in the Valley at about 30 percent, nearly 20 percent higher than the statewide rate.

Victoria says she enjoys educating people about Texas’ edible native plants that have largely been ignored in modern times. While Cappadona Ranch currently sells its products in local stores and online, Victoria hopes to expand the business throughout Texas and the rest of the country.

“I’m trying to educate the public as much as I can because this is a rediscovery,” she says. “It’s natural, it’s native, and it’s so nutritious for us.”

It’s an idea worth chewing on.