14 Events to Celebrate the Fourth of July in Texas 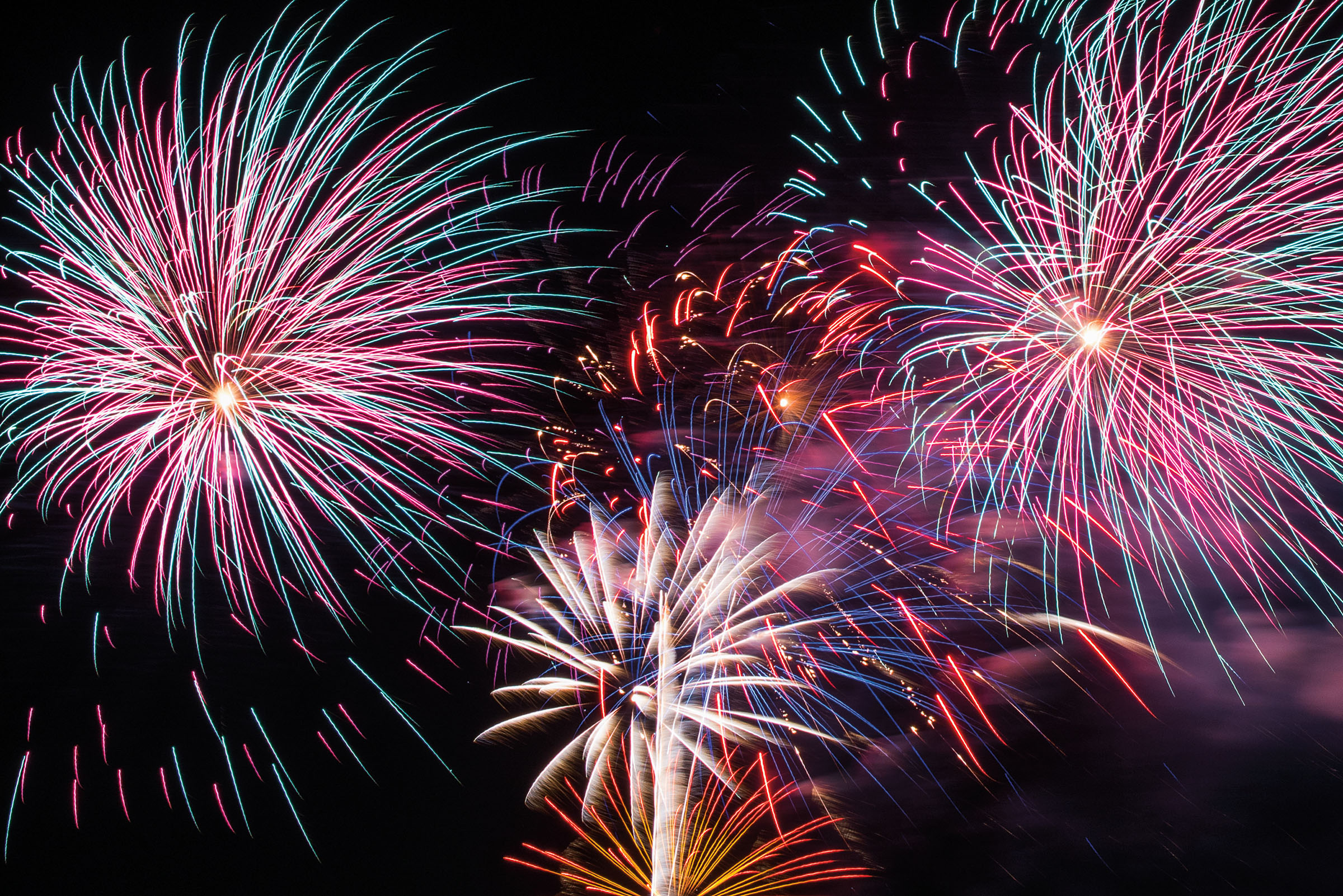 Photo by Kevin B. Stillman.

Last year, numerous Fourth of July events around the state were cancelled or reimagined for smaller or virtual settings due to COVID-19. But now that safety restrictions have been lifted, traditional celebrations can return, just in time for Independence Day on Sunday. Whether you’re looking for old-fashioned, laid-back fun or more atypical displays of patriotism, there are plenty to choose from, including in-person concerts, barbecues, parades, and, of course, firework shows. Here’s a list of various festivities across the Lone Star State, and you can find more at texashighways.com/events.

Sadly, Willie Nelson’s Fourth of July Picnic is not happening this year (he’s opted instead to play shows later in the month), but you can still get your dose of live music and good times at Robert Earl Keen’s Fourth on the River. The Texas Heritage Songwriters Hall of Fame inductee and Houston native will be joined by Jesse Daniel, Kylie Frey, and Cody Canada and the Departed at Kerrville’s Louise Hays Park. Fireworks light up the sky at dusk, and admission is free.

One of the largest parades held on the San Antonio River Walk, the Armed Forces River Parade honors those who serve in the six branches of the United States military. Patriotic music plays as 18 star-spangled floats carrying Armed Forces members make their way along the river. Arrive early to secure an optimal viewing spot—either by making a reservation at a River Walk patio or bringing a folding chair to the parade route.

Founded in 1969 to support Rockport’s art colony and boost the coastal town’s arts economy, this Rockport Art Festival has become an annual summer staple. “Canceling the event last year was a difficult decision to make,” said Luis Purón, Rockport Center for the Arts’ executive director, in a press release. “Every year, the event injects $3 to $4 million into Rockport’s economy. We are extremely excited to bring the art festival back this year.” The two-day festival attracts upwards of 120 artists from all Texas and beyond to sell their work. Find a variety of food vendors, cold beer, and live music under an air-conditioned tent in the center of Festival Grounds at Rockport Harbor. Tickets start at $10, while kids and volunteers are free.

Recognized as the “Largest Free Festival in Texas,” Lubbock’s Fourth on Broadway offers a multitude of family-friendly events. From a catfish and cobbler eating contest to a youth fishing tournament hosted by Cabela’s to live Tejano and mariachi music, there’s something for everyone at the Mackenzie Park extravaganza. All events are free to the public.

The “Cowboy Capital of the World” is hosting its 25th annual Pet Parade at Bandera City Park. Pets of all shapes and sizes are welcome—dogs, fish, llamas, you name it—so bring “anything you can lead, ride, or carry.” Don’t have a pet? No problem. Get creative by making or dressing up as your ideal pet. “Star Spangled Honors” and “Best of the Wild West” are just two of the costume awards you can win. There is no contestant entry fee, and admission to the park is free if you mention you’re there for the event.

What better way to spend Independence Day than watching the national pastime of America and snacking on Cracker Jack in person? Amarillo’s minor league baseball team, the Sod Poodles, nicknamed after the prairie dogs of West Texas, host the Wichita Wind Surge at their home ballpark, Hodgetown, this weekend. Enjoy postgame fireworks shows from Friday to Sunday. Tickets start at $6 and can be purchased on the Sod Poodles’ website.

Get your blood pumping during this 4-mile run through the neighborhoods of Lake Jackson along Oyster Creek. There’s also a 2-mile walk and kids run. Overall winners and top finishers in each age group receive awards. Postrace food and drinks are available. Registration for the 4-mile run and 2-mile walk costs $30, and the kids run is free. Sign up by July 2 at 11:59 p.m. on this website.

For classic barbecue courtesy of Smokey Ray’s BBQ and shaved ice from Kona Ice, visit Dallas Heritage Village at Old City Park. “As we were not able to have our annual event last year, we are so excited to once again be able to share some Fourth of July history and fun with our Dallas community,” says Sydney Abdo, Dallas Heritage Village’s director of sales, via email. Half of the event’s gate proceeds go directly to Vogel Alcove, an early childhood center that serves children and families living with homelessness. At noon, Frederick Douglass’ famous Independence Day speech is read aloud during the festivities. Tickets for adults are $10 and $6 for children 5–12.

Firemen’s July Fourth Celebration and Fury on the Fourth

The Lee County Sheriff’s Posse and Giddings Volunteer Fire Department team up for a Fourth of July bash that starts with a relaxing day in Fireman’s Park, barbecue, and an auction to support the Fire Department. In the evening, grab your cowbells and spurs for championship bull riding and kids mutton bustin’, where you can compete for cash prizes. Fireworks and a dance follow the rodeo.

Support local vendors and small businesses this Independence Day by browsing around El Paso’s Upper Valley Artist and Farmers Market located in Mesa Plaza. With cooler-than-usual temperatures in the forecast, there’s no better way to start your Fourth of July than with a little shopping, live music, and showing support for local food vendors.

Mud bogging is a type of off-roading with vehicles driving through pits of mud to see who can go the farthest. This annual crowd-pleaser attracts owners of modified pickup trucks and four-wheel-drive vehicles to participate in the messy fun. Whether you’re competing or spectating, head to Roscoe Baseball Park for some high-horsepower entertainment. Registration is at 10 a.m., and gates open to the public at 11 a.m. The fee to compete is $30.

Belton’s weeklong Independence Day celebration, the largest annual event in the Central Texas area, kicked off last Saturday with a downtown concert. You can still catch the only PRCA rodeos in Texas this weekend, the 1-mile parade—a 100-plus year tradition that lines the streets with more than 35,000 people—Festival on Nolan Creek, and carnival attractions. General admission costs $17 for adults and $14 for children under 12. Tickets can be purchased online. For a full schedule of events, visit the Belton Chamber of Commerce website.