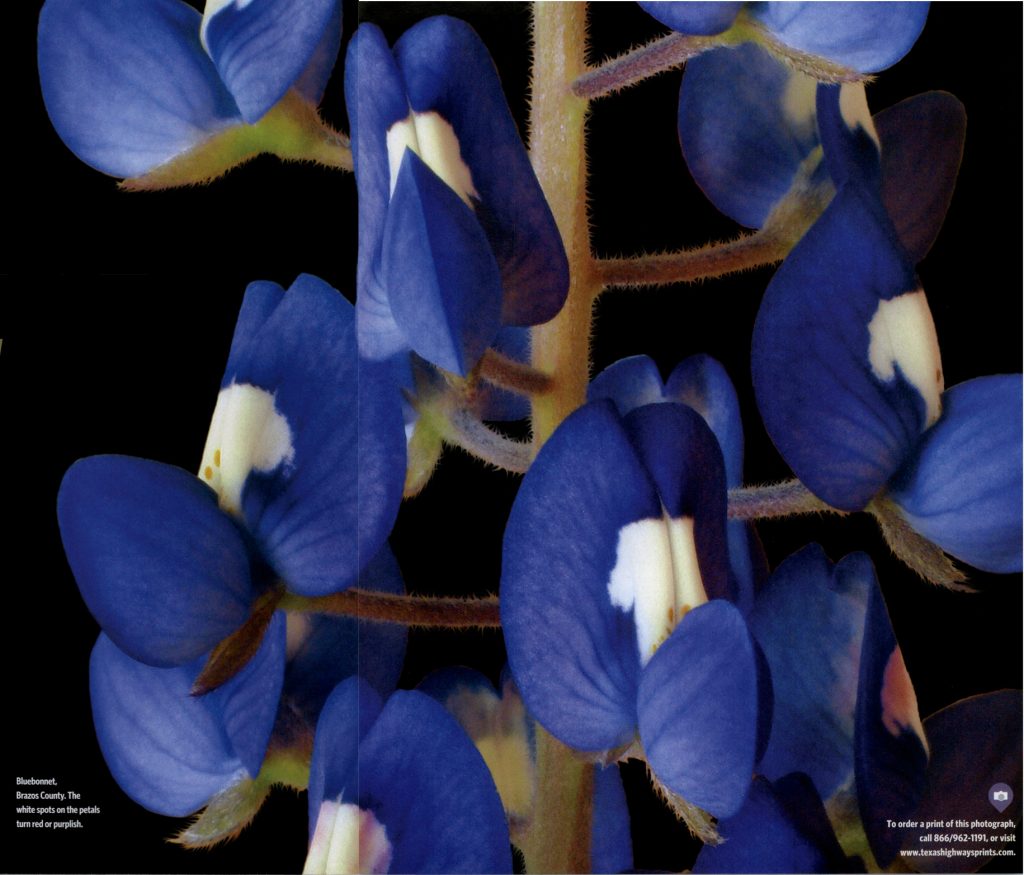 “I have found that the most important thing to do is to research different varieties of wildflowers in an area before actually looking for them. It’s incredible just how many you will spot with your newfound awareness.”

The casual wildflower observer might subscribe to the notion that “if you’ve seen one bluebonnet, you’ve seen them all.”

Not so for Austin-based photographer Rick Tolar, who also makes no such presumption about Indian paintbrush and blankets, passionflowers and poppies, sunflowers and spider lilies, and his many other petaled subjects.

Unlike most Texas wildflower-watchers, who search for blooms in abundance along the state’s roadsides, Tolar seeks to capture the singular glory of that one-in-a-million blossom —spring’s perfect specimen. To him, the season’s beauty is not only field deep. 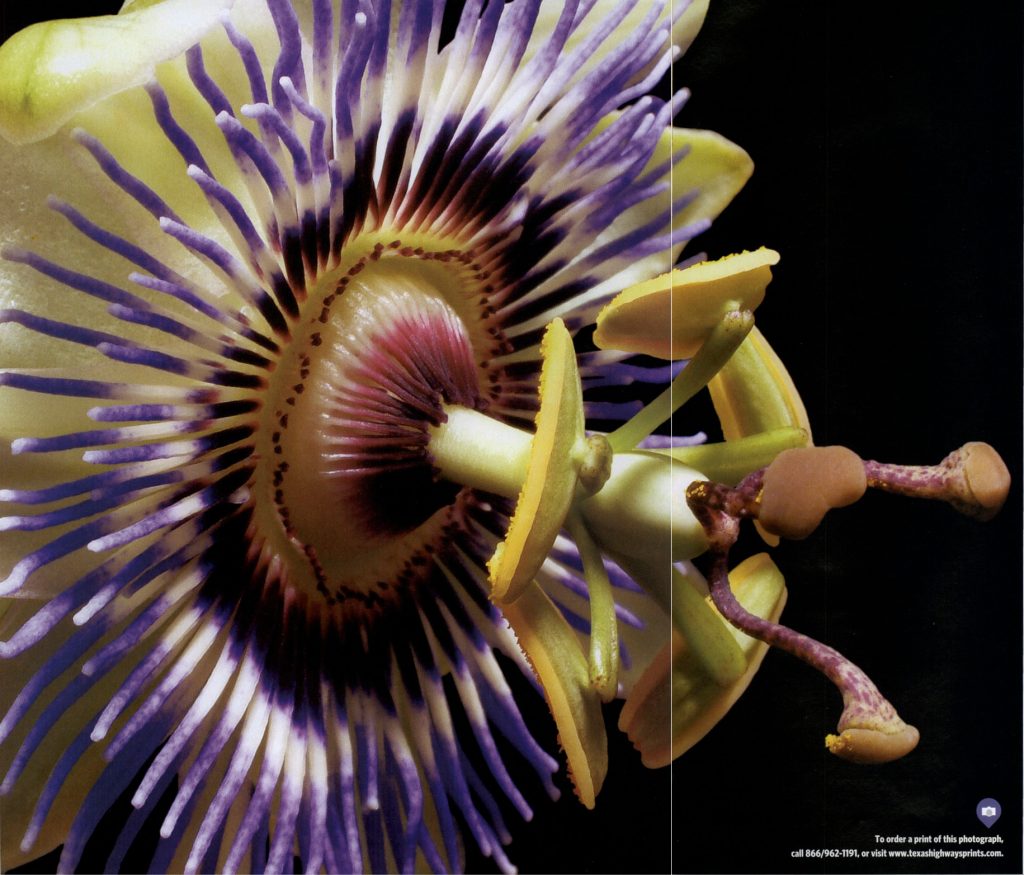 “One way to really study a flower is to take close-up photographs of the blooms,” says Tolar. “I have found that the most important thing to do is to research different varieties of wildflowers in an area before actually looking for them. It’s incredible just how many you will spot with your newfound awareness.”

Tolar’s spring wildflower hunts include his wife, Barbara, and son, Justin, who help him collect and observe. “In the past, we would collect specimens and keep them in a cooler until I could get them to the studio. Now, we sometimes plant native wildflowers in pots early in the winter, so when they bloom I can shoot them in the studio.

“When a flower reaches the perfect stage for photographing, I pull the drapes, turn off all the lights, and use just a trickle of ambient light from a skylight or a single window to illuminate it. Using this kind of light, I can take a long exposure to create an image that will show off the flower’s grandeur against a black background, and create a sense of balance and mystery. This technique allows me to photograph without a flash and exposes the most delicate structures.”

Tolar still gathers wildflowers in the field, but not as often as he once did. “I have built a traveling studio to photograph wildflowers where they grow, especially the quick wilters. I still photograph ornamental and exotic flowers—from African aloe to snap-dragons—in the studio.” 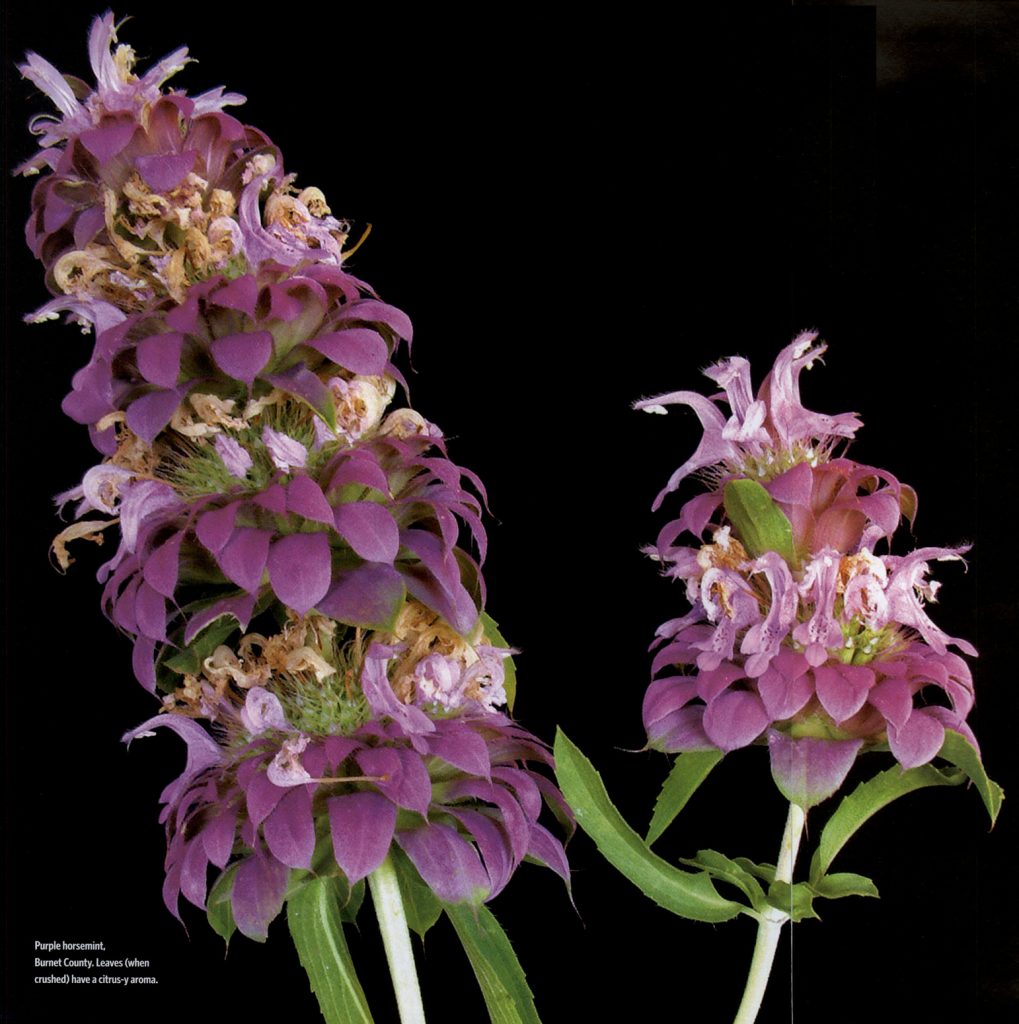 “Patience from season to season is an important part of capturing wildflowers in their prime. Rain and temperatures during their growth will definitely affect how the wildflowers look. I am also intrigued by the variations based n locale [and stage of growth] that I find in a single species.

“Indian paintbrush can be a different shade of red in extreme North Texas than in Central Texas. And I’ve noticed that bluebonnets offer subtle differences from Johnson City to Bryan to spots in Southeast Texas. I always enjoy studying bluebonnets when the whites of the bloom faces have turned reddish to deep red-a field of these will have a purplish look because of it. A close-up of bluebonnet blooms seems to show individual faces, complete with beady little eyes, high brows, large noses, and even goatees.”

Tolar, who spent much of his early career shooting rock-and-roll shows and conventions, didn’t have much interest in flowers until he bought a digital camera in 2001. He says, “I took a few shots of some flowers growing in my yard, and I’ve been hooked ever since.

“These photos reveal the most intricate details that the flowers have to offer, yet we most commonly overlook. The architecture and the intense coloration that I observe are what keep me and my camera coming back year after year.”

Many more amazing photos are featured in the print edition. 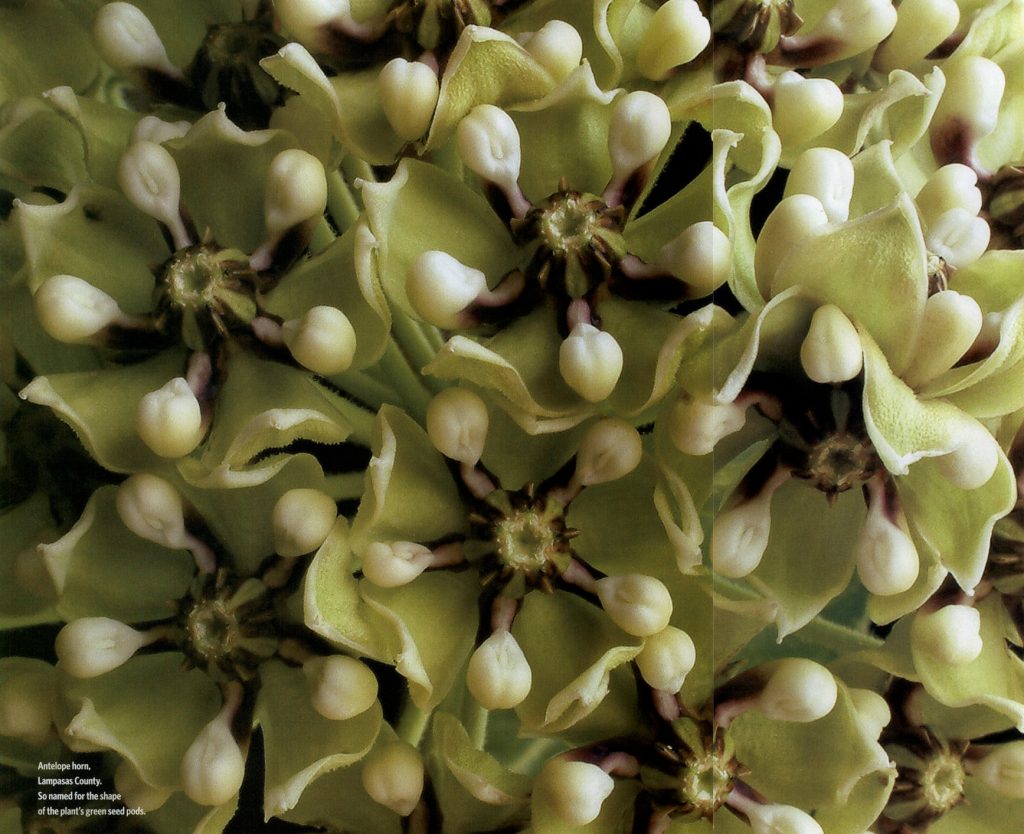