Elusive crustaceans swim in pools atop the famous granite dome 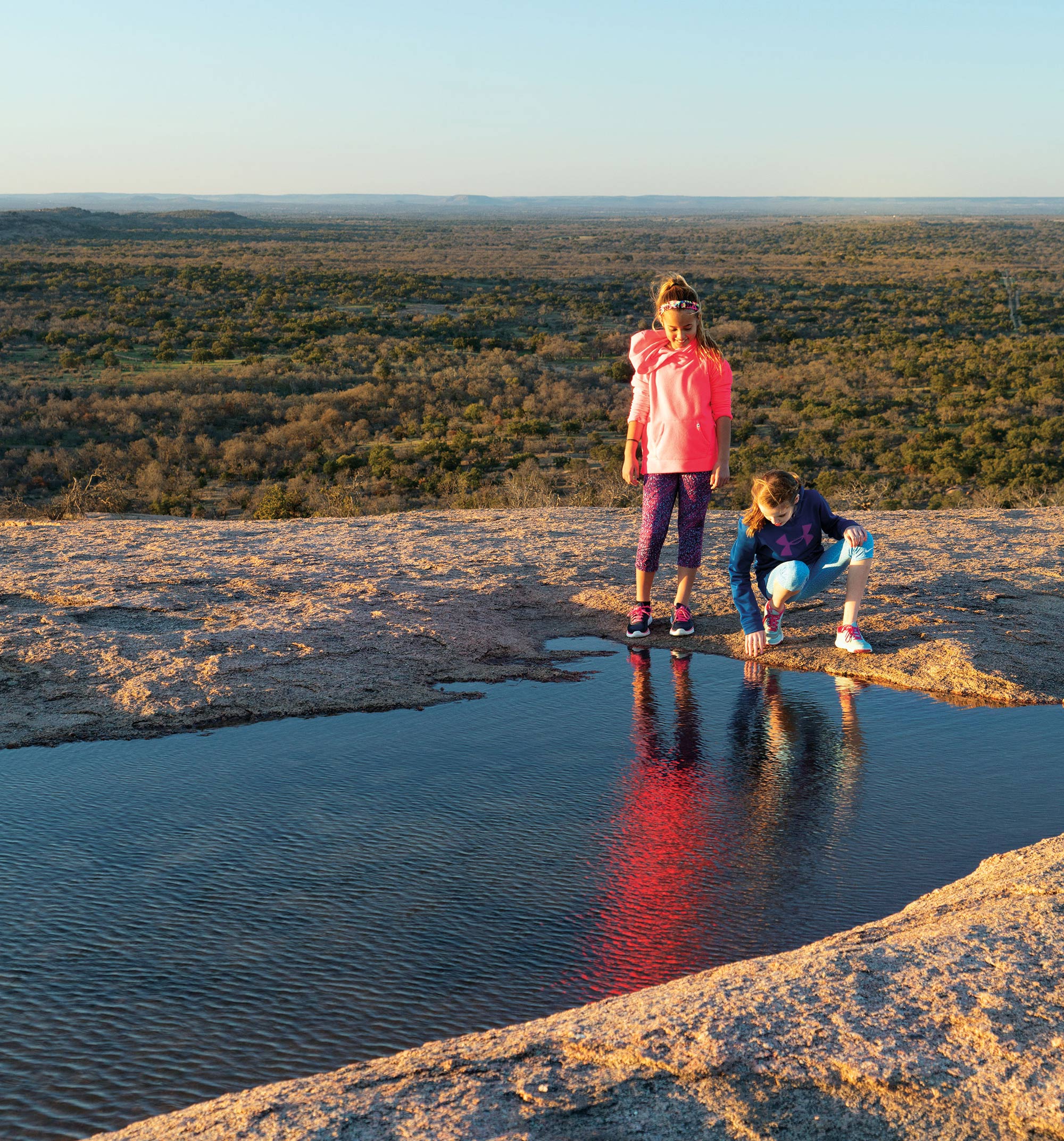 Don’t splash in the puddles that form atop Enchanted Rock: Tiny fairies are dancing there.

Shallow pools that form after rains on the massive granite dome north of Fredericksburg are among the few places where fairy shrimp are found in Texas. Growing about a centimeter long, the translucent freshwater crustaceans exist on the constant edge of survival, laying eggs that endure the dry season only to hatch when the pools refill with rainwater.

Tiny, translucent fairy shrimp swim upside down in rainwater-filled pools on top of Enchanted Rock. They eat algae and plankton and are in turn eaten by birds, a cycle the Texas Parks and Wildlife Department describes as an important link in the area’s food chain.

When the pools are full, fairy hunters crouch down to peer at the tiny swimmers that almost look like mosquito larvae. The shrimp disappear in the shadows, but sunlight unveils their tiny little world. “Some people hear about the fairy shrimp and come to Enchanted Rock just to see them,” says Jessica DeBoer, a ranger and interpreter at Enchanted Rock State Natural Area. “A lot of people don’t know about them until they get here.”

Rising 425 feet above the rest of the park, Enchanted Rock’s pink dome has drawn worshipers and explorers for thousands of years. Many visitors flock to the park for hiking, geocaching, and rock climbing every year. But guided hikes on the weekends are an ideal way to learn about fairy shrimp, which belong to the order of Anostraca, the same family as the ubiquitous Sea-Monkeys marketed since the 1960s as novelty aquarium pets. Texas’ fairy shrimp act the same way: They start as dry eggs until water is added; then poof, Lone Star Sea-Monkeys are born. 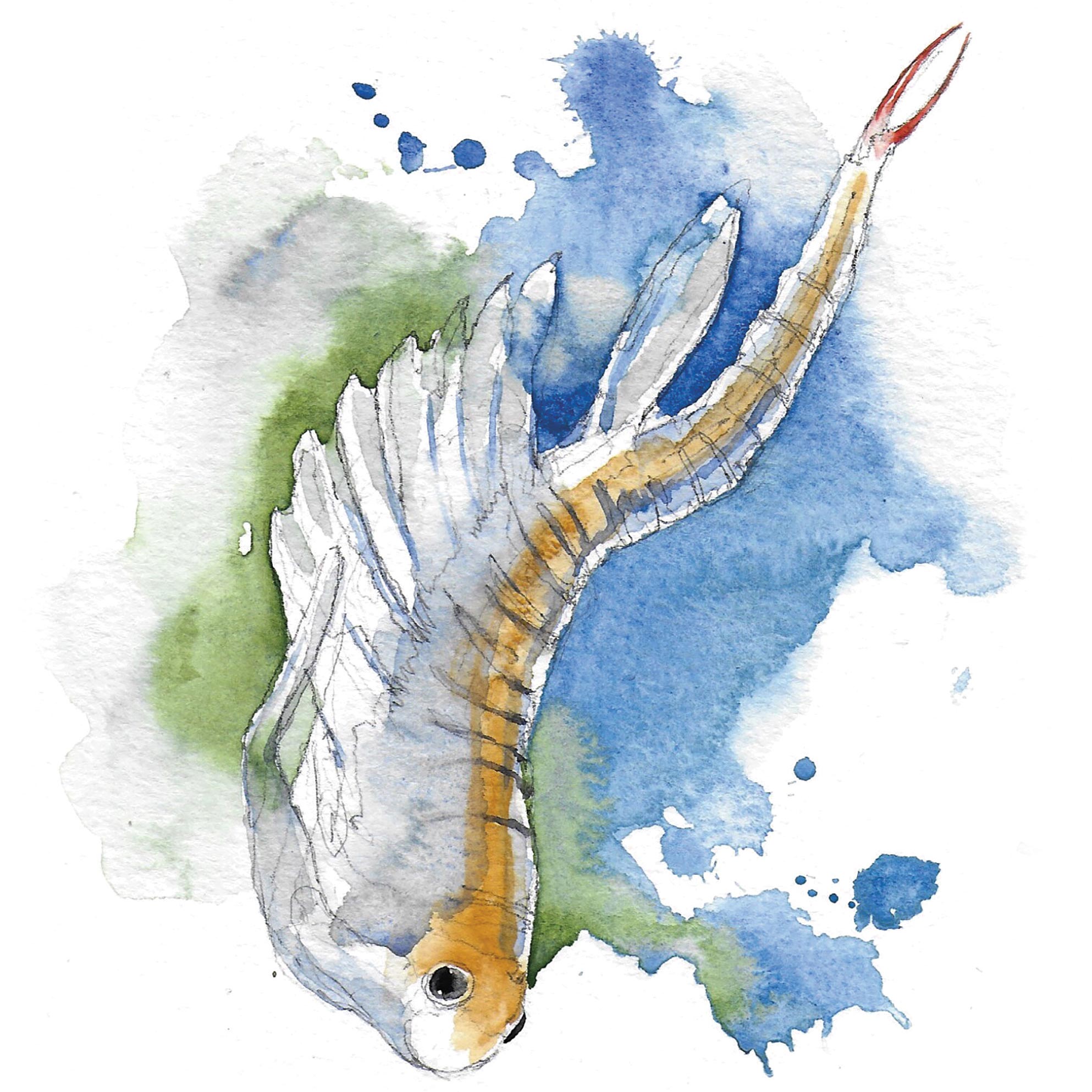 “Most of the time when you hear about fairy shrimp, it’s in California and Oregon and along the coast,” DeBoer says. “That’s why it’s so interesting that they are here. How did they get on top of a big rock in Central Texas?”

Like the settlers of the Old West, the shrimp traveled far to reach Enchanted Rock. But unlike those who rode on horseback or in covered wagons, shrimp eggs came via less comfortable accommodations.

“We think the most likely way the eggs got here was through the feces of birds,” DeBoer says. “We see shorebirds like sandpipers—birds you usually only see by the ocean—on top of Enchanted Rock sometimes. They are eating out of the vernal [seasonal] pools. The shrimp eggs may have also been blown here by the wind, but from where? It’s more likely they were transported here from the oceans in bird poop.”

After a long journey in bird bowels, the shrimp found a perfect home. “Everything they need to survive is in that microhabitat in the vernal pools here at Enchanted Rock,” DeBoer says. “They are pretty tough little suckers, too. Think about our Texas droughts—they still survive those.”