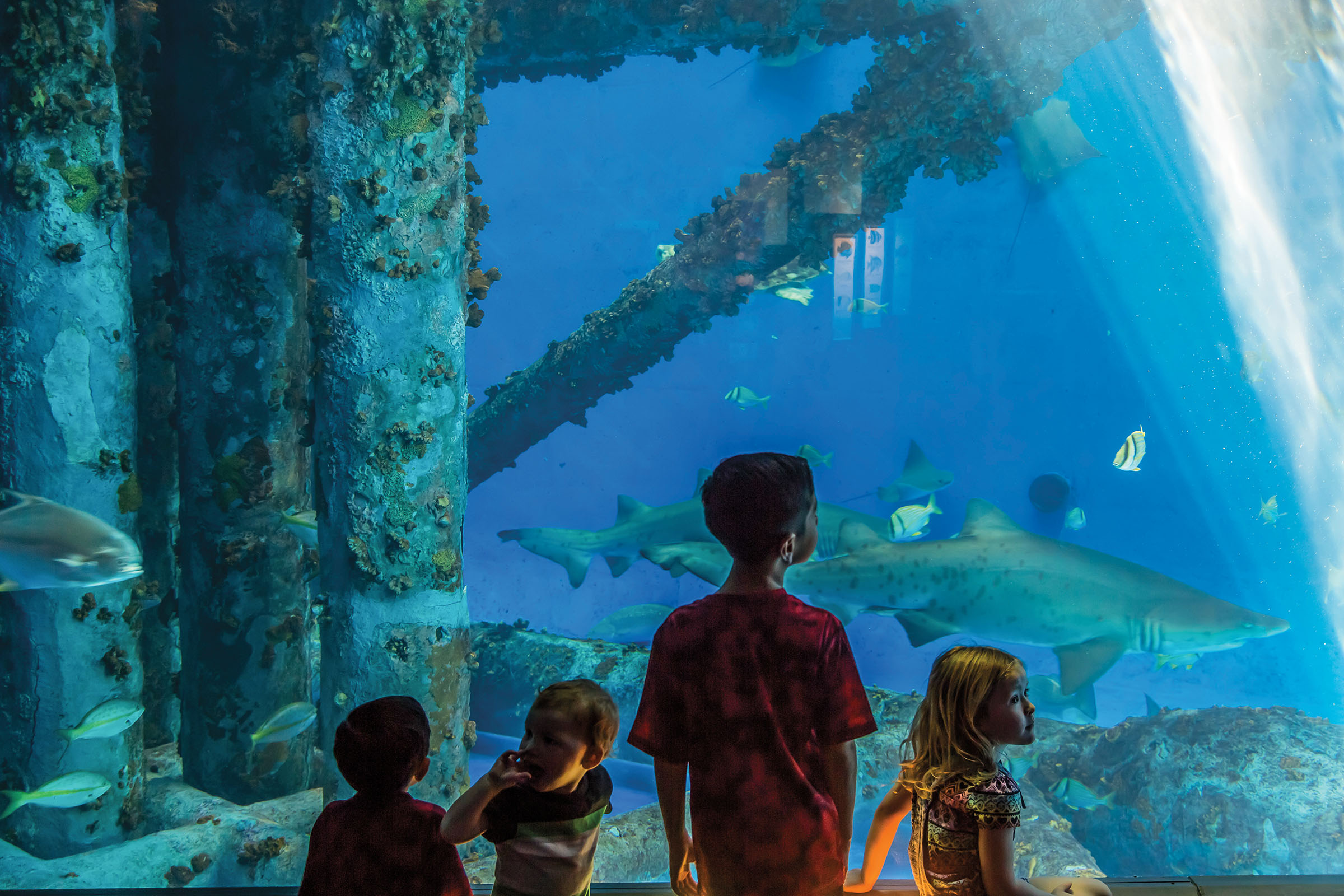 Chances are, if you’ve visited the Texas coast, you have been near sharks. Texas Parks and Wildlife Department scientists catch sharks along the coast as a way to estimate how many live in our waters and where. From 2010 to 2019, they caught around 1,600, including blacktip, spinner, bonnethead, and bull sharks.

That indicates a fairly healthy shark population, which is good news. Without these top-of-the-food-chain predators, says Greg Stunz, a researcher at Texas A&M University-­Corpus Christi, animals on which they prey become over-abundant and upset the balance in marine environments. Without sharks to eat some of the big fish on coral reefs, those fish eat up the little fish that consume algae, allowing the green stuff to take over the reef.

Globally, sharks are disappearing, primarily because of commercial overfishing. A 2021 study published in the scientific journal Nature reported that since 1970 the number of ocean sharks and their close relatives, rays, declined by 71%. Three-quarters of shark species currently face risk of extinction, including several found in Texas waters, such as hammerhead and whale sharks.

Sharks simply are not designed to survive intense fishing. “They are slow to mature, don’t have many young, and don’t reproduce as rapidly as smaller fish,” Stunz says. “We have to be extremely cautious in the way we harvest them.” 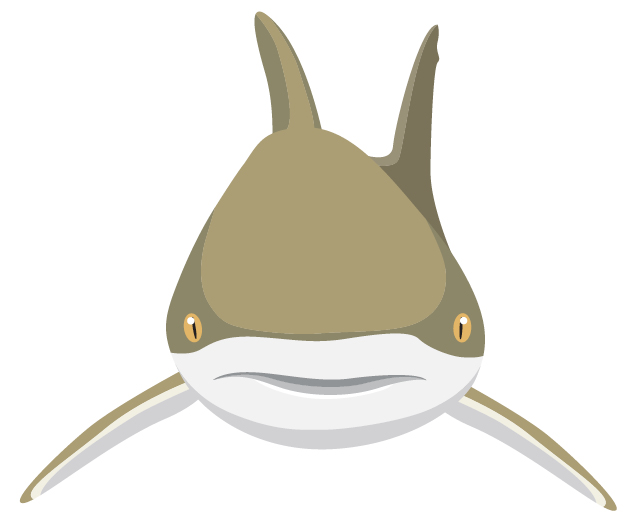 Sharks pose little danger to humans. “We just aren’t on the menu, and shark bites are very rare,” Stunz says, adding that the last fatality by shark in Texas was over 50 years ago. “Most of the time, they really don’t want to interact with us.” Statistics back him up. Your likelihood of being killed by a shark is 1 in 3.7 million; of being hit by an asteroid, 1 in 700,000. Here are some easy ways to lower those odds even more.

Stay away from people fishing or schools of fish in the water.

Avoid being in the water at dawn and dusk, when sharks are most active.

When fishing, don’t put your string of fish in the water.

Length of a whale shark, the largest fish in the sea

Number of common shark species in the Gulf of Mexico

Number of sharks tagged by Texas anglers since 2014 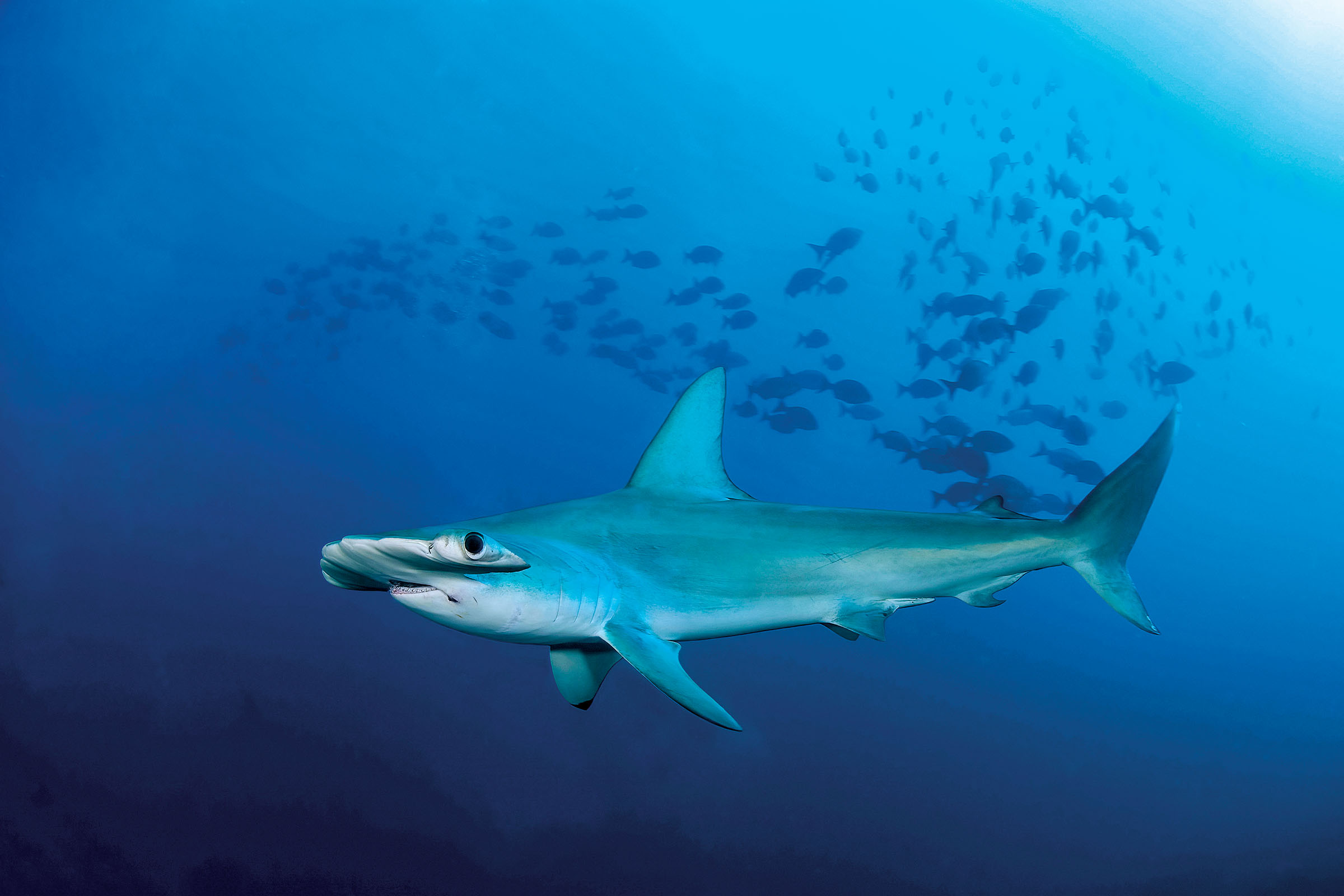 Where to Safely See Sharks

Flower Garden Banks National Marine Sanctuary, Gulf of Mexico
On these reefs 80-125 miles off the Texas coast, scuba divers can get close to a variety of sharks, including reef, bull, silky, sandbar, and nurse sharks. Scalloped hammerheads gather here in large groups from January to early April, and whale sharks pass through July to September. flowergarden.noaa.gov

Shark-a-thon, Padre Island National Seashore
The largest land-based shark-catching tournament in the world is held Oct. 8-10 this year. Hang out on the beach for a chance to watch sharks of all types and sizes get caught, tagged, and released. sharkathon.com

Greg Stunz is the director of the Center for Sportfish Science and Conservation at Texas A&M University-Corpus Christi, which leads a shark-tagging program in the Gulf of Mexico. Center researchers use satellite tags, most of them applied by recreational anglers, to track sharks in real time. An online mapping tool from the nonprofit OCEARCH lets anyone follow along. meetoursharks.org.

Q: How did you start studying sharks?
A: As a researcher, after a lot of discussions on the declines in shark populations, I wondered how populations on the Texas coast were doing. We didn’t have a lot of information, so we designed research to answer that question. It evolved into a tagging program tracking the movement patterns of species such as tiger, scalloped hammerhead, and shortfin mako sharks.

Q: You also study how catch-and-release ­affects sharks. Why?
A: More and more people are enjoying recreational fishing. That’s a good thing, but it puts more pressure on our resources. To protect those resources, more anglers practice catch-and-­release. We wondered, are the fish surviving the process? So, we developed a citizen science
program working with anglers. On average, about 90% of fish survive.

Q: How do sharks differ from the public’s negative perception of them?
A: Sharks are not quite the scary creatures they’ve been portrayed as. Sharks are a little shy and more cautious than you might expect.

Q: What is your favorite Texas shark species?
A: The mako. It’s the fastest fish in the ocean, a very powerful and charismatic species. Individuals tagged off the Texas coast spend summers off New England or in the central Caribbean and come back to almost the exact location where they were tagged.