60 Years of Six Flags Over Texas: How the Amusement Park Transformed Arlington and Its Young Employees 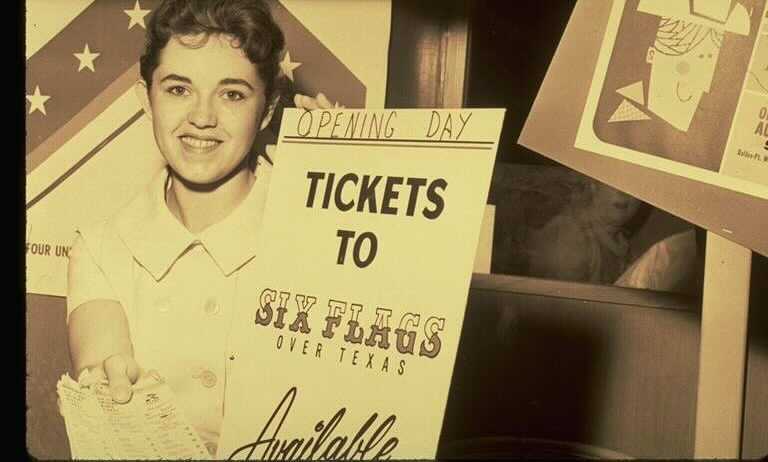 The first job I ever had was at Six Flags Over Texas in Arlington. It was the summer after my sophomore year of high school, and I was assigned to work in one of the park’s many gift shops. Back then, the big rides were the Texas Chute Out and the Big Bend roller coaster, and the Cyrus Cosmo Incredible Electric Light Brigade Parade made an appearance every evening after dark. Although that experience cured me of any desire to ever work retail in my adult life—the reason I’ll get to below—the practice of managing inventory and people proved to be a valuable lesson.

On Aug. 5, the amusement park marks its 60th anniversary. To give you a sense of the era when I worked there, the park’s opening in 1961 took place three days after the Beatles played their first gig as the house band of the Caveman Club in Liverpool. At Six Flags, the equally unassuming city of Arlington played host to a crowd of 8,374 eager fun-seekers who paid $2.75 per person for a day of food, rides, shows, and other attractions.

Though many adult patrons that day were aware they had just gained entrance to the state’s first and only theme park, it would have been almost impossible for anyone to predict the immediate and lengthy impact Six Flags Over Texas would have on its new home, a city that sought to distinguish itself as more than just that place between Dallas and Fort Worth.

Today, as Six Flags celebrates its diamond anniversary, it’s easy enough to trace the ripple effect its overwhelming success set into motion, a phenomenon that provided fertile ground for the eventual acquisition of the Texas Rangers (formerly the Washington Senators), the construction of three baseball stadiums to showcase the team, the colossus known as AT&T Stadium (home of the Dallas Cowboys) and Six Flags Hurricane Harbor, the largest water park in the southwestern United States. 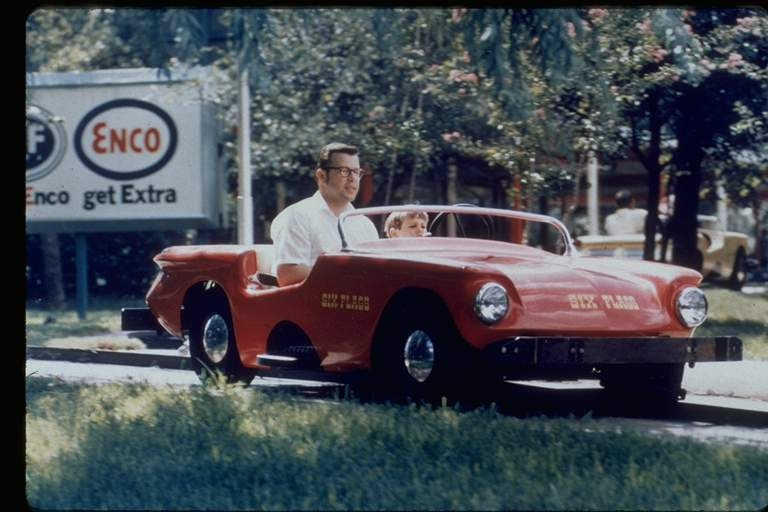 So how did a city whose humble beginnings as a 150-year-old frontier outpost wind up playing host to what would later be hailed “The Entertainment Capital of Texas”? The answer came in the form of Texas oilman and real estate developer Angus Wynne Jr., who passed away in 1979 at the age of 65. Wynne’s older son, Angus Wynne III, worked construction on the park as a teenager before its debut. He remembers his father as someone who was fascinated by the concept of Disneyland.

“My dad wanted to create something in Arlington that would provide a similar kind of entertainment,” he says. “Six Flags was always going to be about family, but he was also a big history buff, and he was able to bring those two concepts together.”

Wynne Jr. was clearly the park’s inspired visionary, but it would be equally fair to say Arlington’s then-mayor, Tom Vandergriff, was its eager facilitator. “As recognized as Dad was when it came to the park, you have to talk about Tommy. He was the number one salesman for any idea my dad had,” Wynne III says. “At one point Tommy flew to New York in order to generate interest from potential investors which would benefit not only the Great Southwest Industrial District (the elder Wynne was CEO) but also the future of Arlington.”

The park’s construction on 105 acres (later expanded to 212 acres) was completed in just one year at a cost of $10 million—a figure that must have seemed unbelievable at a time when guests could buy a burger for 30 cents and a soft drink was only a dime. Wynne’s desire for an historical tie-in was achieved by themed areas dedicated to the six nations that governed Texas, including France and Mexico. By the end of its first decade, 17.5 million visitors had passed through its front gates.

Six Flags continued to expand and evolve with new rides and shows that either improved on or completely replaced some of the original historically themed areas. It also expanded as a company, and today there are now 27 Six Flags locations throughout the U.S., Canada, and Mexico. 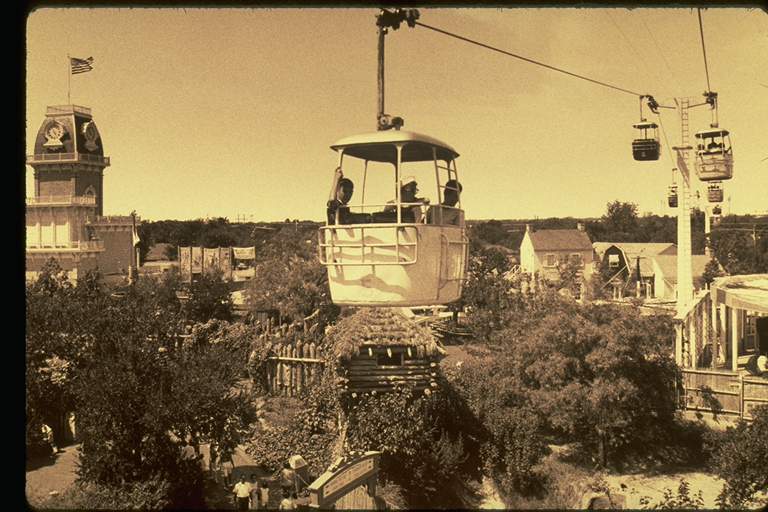 The Astrolift was one of the original rides at the amusement park in 1961. Photo courtesy Six Flags Over Texas.

Happy families and investors aside, what Wynne Jr. might not have anticipated was how the same energy used to create a magical Six Flags experience for visitors would also spill over into the lives of its young employees. When I was hired in 1975, the big decisions for overseeing the park’s various departments naturally fell to adults, but the individuals managing the gift shops and rides as well as keeping walkways pristine and guests fed were mostly high school and college students. This almost guaranteed unparalleled opportunities for social interaction which, besides a paycheck and work experience, was a welcome bonus.

On those hot summer days when I was working at the gift shop, the park was often crowded with impatient guests who lingered in your shop long after closing announcements and then spent even more time choosing between a souvenir salt and pepper shaker set or a poster of Linda Ronstadt on roller skates. A young kid might tear through the neat stack of T-shirts you had just finished carefully folding, but the moment would be forgotten after reuniting that same tearful child with what the park referred to as “a lost parent.” At the time I had no way of knowing I was gaining the patience I would later need as a teacher and a mom.

Steve Pyburn, who spent six seasons in both Ride Operations as well as Food and Beverage agrees: Six Flags provided a unique employment experience for him and others. “I still retain some of the friendships I made from my time in the park, but during the last 40 years I’ve also used a lot of the same principles I learned there and have applied them to my own business.”

A true collector of park ephemera, Pyburn owns two of the animatronic speelunker figures used in the discontinued dark ride called Speelunker’s Cave and is restoring a riverboat from the long-gone French-themed ride La Salle’s River Adventure. (Update: Days after this story was published, Six Flags Over Texas announced a new ride, Pirates of Speelunker Cave, “a re-imagining of one of the park’s first attractions, The Cave, that operated from 1964 until 1991.” The new ride opens in 2022.)

Vintage maps of the park sell on eBay now for as much as $150. Facebook users such as the 3,700 members of the Six Flags Over Texas Employees: Past and Present group and the 11,700 members of The History of Six Flags Over Texas group give evidence to the fact there is still much to talk about. On these pages reunions are planned, photos posted, memories relived, and stories swapped—all because one man had some vacant land in the middle of nowhere and a crazy dream about what to do with it.

To celebrate its 60th anniversary, Six Flags Over Texas introduced the Fire & Ice Festival earlier this year, with one-day tickets for $19.61 (representing the year that the park opened). This month, the park is offering special promotions including a retrospective at the 60th Anniversary Museum until Aug 8. There’s also an encore performance of the Dallas Cowboy Cheerleaders every night between Aug. 5 and 8. More information can be found here.