On June 30, 1922, the musician from Vernon recorded "Arkansaw Traveler" in New York City 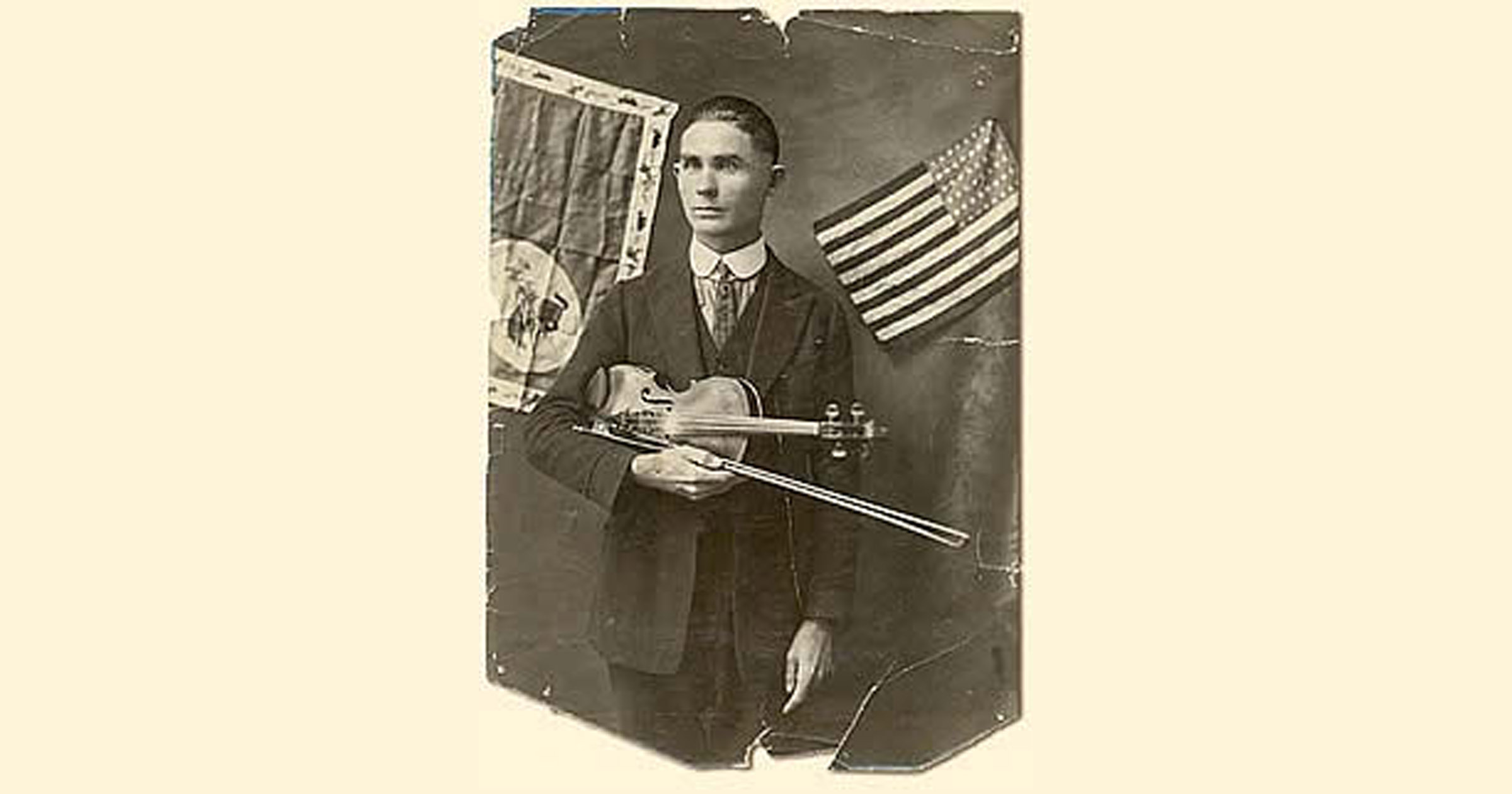 His tombstone is inscribed with “World’s Champion Fiddler,” as his virtuosity dominated contests in North Texas since his teen years in the early 1900s. But Alexander “Eck” Robertson is best known today for a specific achievement. When the musician from Vernon stepped into a New York City studio on June 30, 1922, he became the first to record country music for commercial release.

Today marks a century of rural Southern music being made for the world.

But when the songs “Sallie Gooden” and “Arkansaw Traveler” were pressed onto 78 rpm records under the name Eck Robertson by the Victor Talking Machine Company (later RCA Victor), it didn’t feel like history was being made. Released in September 1922, the record was not promoted by Victor until the next spring when Fiddlin’ John Carson’s first recordings for the OKeh label created a market for old-time music.

Then came Vernon Dalhart of Jefferson, whose “Wreck of the Old 97” was country music’s first record to sell a million copies in 1924.

To country fiddlers like Howard Kalish, who backed Texas country music legend Don Walser for years, Robertson wasn’t just a first, he was the best. “In terms of drive, creativity, and a smooth flow of ideas that make your feet move, Eck’s influence is heard in fiddling to this day,” Kalish says.

It wasn’t Robertson’s talent, but a good connection that got him the audition with Victor. His sometime fiddle partner Henry C. Gilliland, a former justice of the peace in Altus, Oklahoma, was friends with lawyer Marvin Littleton, who represented Victor. Gilliland played with Robertson on the session that produced “Arkansaw Traveler,” but Robertson came back the next day by himself to record “Sallie” and five more fiddle tunes.

Silent cowboy movies were big at the time, so Robertson showed up in full Western wear—a satin fuchsia shirt with pearl studs, wide-brimmed black hat, and pants tucked into high boots. That information comes from the liner notes of the LP Eck Robertson: Famous Cowboy Fiddler, which he recorded at home in Amarillo as a 76-year-old in 1963. The fiddle master had been tracked down during the folk revival and even played the 1965 Newport Folk Festival, where his set was overshadowed by the controversial electric debut of Bob Dylan.

Nobody ever booed Robertson, who Austin musician Erik Hokkanen calls “the patriarch of the Texas fiddle style.” Besides playing to more of a dance tempo, Hokkanen says what distinguishes old-time Texas fiddlers is that they do variations of the standards. Robertson could play “Sallie Gooden,” an old Celtic folk tune, 12 different ways, often from behind the back like a hoedown Hendrix.

Born in Arkansas, but a Texan since age 3, Robertson grew up playing house parties where the fiddle was all you needed to get folks dancing. Though Robertson was classified an “old-time fiddler,” he could also play in the classical style, and sometimes he combined both to expand the boundaries of musical tradition.

After his auspicious debut, it would be seven years before Robertson recorded again, this time with his family band in Dallas (you can hear their recording of “Texas Wagoner” here). Wife Nettie and daughter Daphne played guitars, while son Dueron was on banjo. The Robertsons settled in Amarillo where Eck tuned pianos, built and fixed violins, and occasionally performed at fairs and fiddle festivals. He played masterfully well into his 70s.

“The first time I heard him play ‘Sallie Gooden,’ my thought was this guy is playing that style as well as it can be played,” says Hokkanen, himself a fiddler of note. “A hundred years later and nobody’s topped him.”

Robertson passed away in 1975 at age 88. The first country music recording artist is buried at the Westlawn Memorial Park in the Panhandle town of Borger.