When the pandemic put a damper on Washington-on-the-Brazos' annual Texas Independence Day events, directors opted to make a film instead. 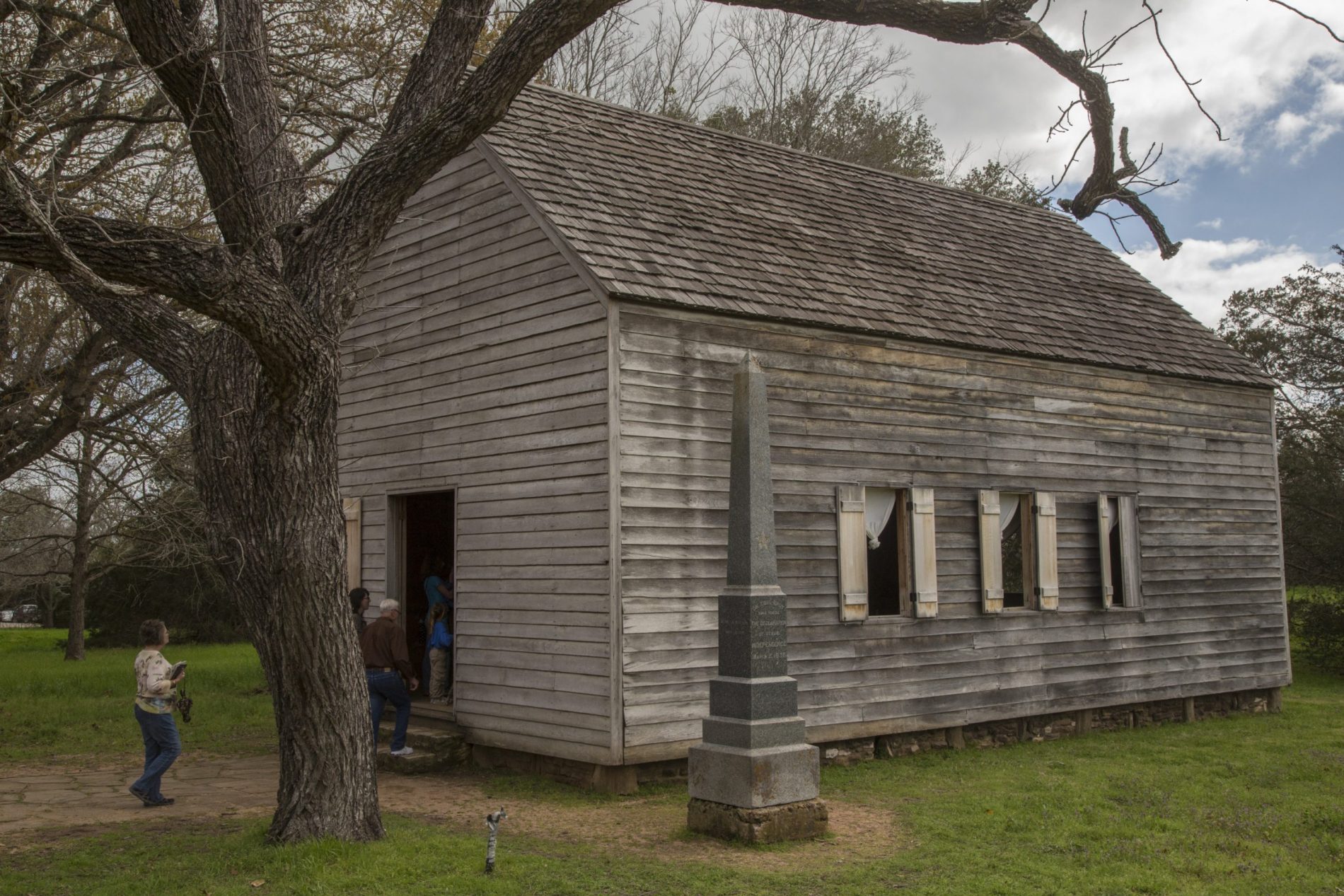 Washington-on-the-Brazos State Historic Site is home to Independence Hall, a recreation of the building where delegates signed the Texas Declaration of Independence. Photo by Will van Overbeek.

We’ll never forget the Alamo, of course, but the same may not be said for Washington-on -the-Brazos, where Texans adopted a Declaration of Independence from Mexico on March 2, 1836. The makers of a new documentary, Independence! A Lone Star Rises, aim to make sure we never forget Washington-on-the Brazos, either.

“When we talk about the Texas Revolution, Washington-on-the-Brazos and its role is oftentimes overlooked,” says Jonathan Failor, superintendent of Washington-on-the-Brazos State Historic Site. “The Alamo and dramatic events like battles naturally draw more attention. But what we’re talking about here is the political end of the story. It’s the story of 59 individuals from different backgrounds who came together in the name of liberty and independence to create a nation that really changed the world.”

The 25-minute documentary will be released online for free viewing on March 31. It presents a dramatic retelling of the Convention of 1836, where the declaration was penned, as seen through the eyes of two present-day youths. The project was the brainchild of Failor and his assistant superintendent, Rachel Flinn.

Every October, Failor and Flinn start planning for the annual Texas Independence Day celebration in March, which draws up to 10,000 people to Washington-on-the-Brazos. This past year, they realized that COVID-19 would require a change of plans, and they came up with the idea of producing a film instead. Within two months, they had partnered with producer and director Gary Foreman of Native Sun Productions and had a script and the promise of funding from the Washington on the Brazos Historical Foundation.

Originally, they had planned to release the film on March 2 in honor of Texas Independence Day, but a COVID outbreak among the crew and winter storm Uri forced a delay. They filmed all of the scenes over the course of just two days in late February at the Washington-on-the-Brazos State Historic Site, using locals and historical reenactors for the cast—including Failor, who portrays David G. Burnet, first president of the Republic of Texas.

5 Little-Known Facts about the Texas Declaration of Independence

Washington-on-the-Brazos, which is located about 20 miles northeast of Brenham, was the site where delegates adopted the Texas Declaration of Independence from Mexico on March 2, 1836. Jonathan Failor, superintendent of Washington-on-the-Brazos State Historic Site, shares some little-known facts about the historic events that unfolded there.