Don't get your hopes up, though, as sightings of killer whales in the Texas Gulf are rare 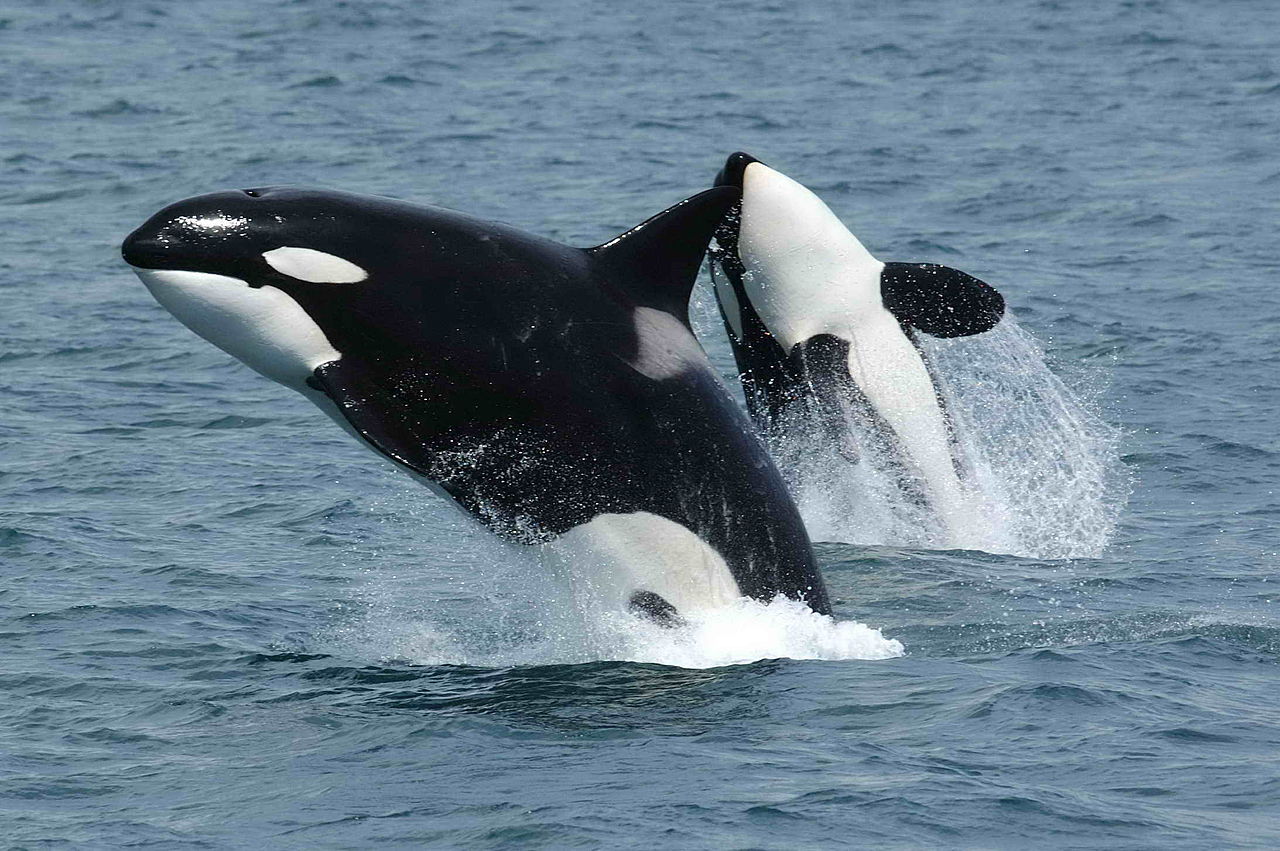 On the morning of March 17, Capt. Sam Hardeman saw something he never expected to see in the Gulf of Mexico: a pod of orcas swarming his fishing vessel.

Hardeman was returning the New Buccaneer from an overnight chartered tuna fishing trip. Around 8:30 a.m., when the 85-foot-long Catamaran was about 130 miles off the coast of Galveston, he noticed splashing.

“It was kind of rough so there were whitecaps, but I saw what I thought might have been tuna feeding or a group of dolphins jumping, so I slowed the boat down,” he says. “Before I knew it, I saw these big objects moving all around the boat. One came up right off the bow and I saw its dorsal fin and knew what it was.”

Hardeman woke the crew, and they alerted all 38 passengers, who were sleeping after a night of fishing. They ran outside to watch the black and white killer whales, many of them longer than Ford F150 pickup trucks.

About 30 whales, including adults and juveniles, approached the boat, while another 60 or 70 swam farther out. When the smaller group got bored with the boat, Hardeman says, they peeled off and rejoined the larger group. In all, the pod was there for about 20 or 30 minutes. (Video of the whales can be seen here.)

“They were extremely curious,” Hardeman says. “They’d come up alongside us and make a pass alongside the bow like they were trying to cut us off. I think they were playing—I’ve seen dolphins do that.”

Hardeman, who has manned fishing expeditions for four years, never thought he’d see an orca—much less nearly 100 of them—off the Texas coast. “I’d heard rumors they’re out there but didn’t believe them,” he says. “Everybody was just kind of in awe.”

Orcas are more closely related to dolphins than whales but got their killer whale moniker centuries ago, when sailors observed them hunting larger whale species. They are found in all oceans and most seas around the world, although they’re scarcer in warmer waters. Scientists have been aware of at least this one pod living in the Gulf of Mexico, and a group was spotted offshore from Port Aransas three or four years ago.

“To be in the right place at the right time to see a group that large is incredibly rare,” says Jesse Gilbert, a marine biologist and senior vice president and chief operating officer of the Texas State Aquarium in Corpus Christi. He’s heard of sightings maybe twice in the last 20 years.

Unlike groups of orcas in the Pacific Northwest, which generally stay near a particular area, this group is constantly on the move. Orca are curious and sometimes move in to check out a boat.

“These whales are transient; they feed offshore and kind of hang out in the Gulf,” Gilbert says. Some orcas eat seals, but this population of transient whales eats pelagic, deep water fish like snapper or tuna. They have no natural enemies, and are not considered a threat to people; no fatal attack on a human in the wild has ever been reported. They live 60 to 80 years in the wild.

As apex predators, orca can indicate the health of an ecosystem. The sighting of such a large pod indicates the animals are probably fairly healthy, well fed, and have good birth and calf survival rates, Gilbert says.

Want to spot them yourself?

They’re easier to find in the Pacific Northwest, where three resident pods live in Washington’s Puget Sound. Here off the Texas coast, your best bet is to find schools of fish the orcas are hunting. Or bring your good luck charm. As Hardeman says, “You’re probably just as lucky to buy a winning lottery ticket.”