At Frio Cave, See Bats, Birds, and Beetles—Oh My!

Tours reveal the spectacle of one of Texas' biggest bat flights 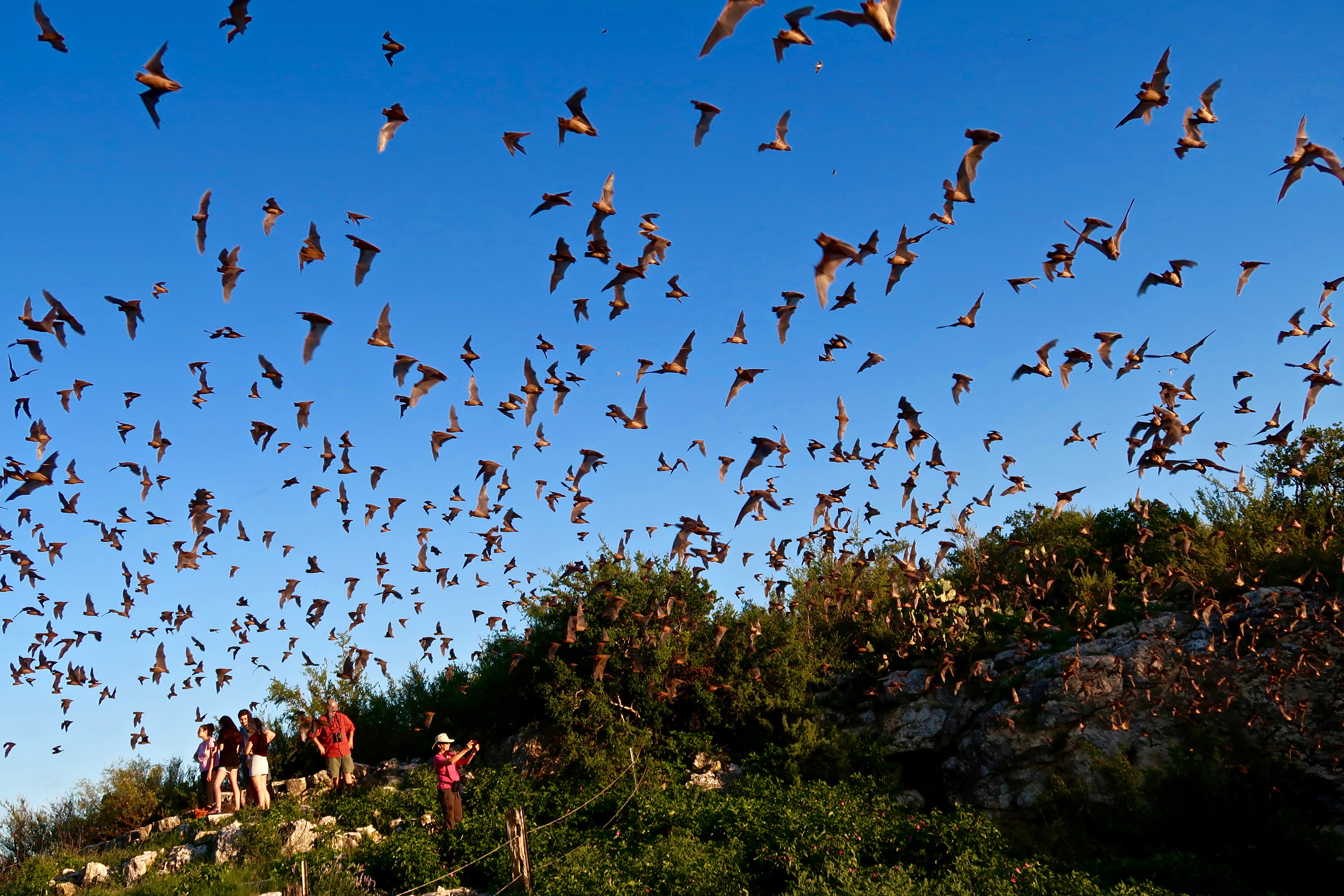 The air vibrates from tiny wings beating overhead as millions of bats emerge from the Frio Bat Cave to fly off in search of food and water, making dark trails in the sky. It’s a recent spring evening near Concan, and I’m attending one of the nightly tours conducted by Bain Walker, owner of Frio Bat Flight tour company. I gaze in awe as the bats swoop over me within inches.

Each summer, 10 to 12 million Mexican free-tailed bats roost in this cave, making it the second-largest single-mammal colony in the world. The bats spend their winters in Mexico, and each spring, they migrate to Texas to establish “maternity” colonies. The females stay from about March through October and give birth to their babies in mid-June.

Around dusk, the bats emerge from this cave on a private parcel surrounded by the Annandale Ranch to feed on bugs like the the corn earworm moth and cotton bollworm moth—both pests to regional farmers—and find water at the nearby Frio River.

Bain, who has been guiding tours for 20 years, and Annandale Ranch landowner Mary Elizabeth Cofer explain that the nearby rotary kiln was used to dry bat guano during the Civil War. The Confederacy harvested the guano and then extracted its nitrogen content for use in gunpowder.

Bain also shares fascinating information about the cave’s ecosystem. He says cave swallows share space with the bats. We watch the birds dart in and out without colliding into the steady stream of emerging bats. We hear canyon wrens singing and spy them flitting around; and I search the sky for raptors that sometimes hover above, hoping to snatch a bat for dinner. My skin crawls when Bain tells me about the carnivorous Dermestid beetles that inhabit the cave floor and prey on bats that die and drop to the ground.

“Any bat that falls in the cave has less than a minute to get off the floor, or it will be completely skeletonized within 30 minutes or less,” Bain explains.

The bat flight, which had begun well before dusk, slows down as the sun sets. Just as the bats are on their way to dinner, I also leave the cave in search of something to eat. A popular eatery is Neals Dining Room in Concan. Nearby Neals Lodges offers a variety of cabins and condos, and access to the Frio River. There’s also Hippie Chick’s River Shack, which keeps earlier hours but offers shady outdoor seating and a cool vibe.