At Texas Stream Team, Citizen Scientists Give Back to Waterways 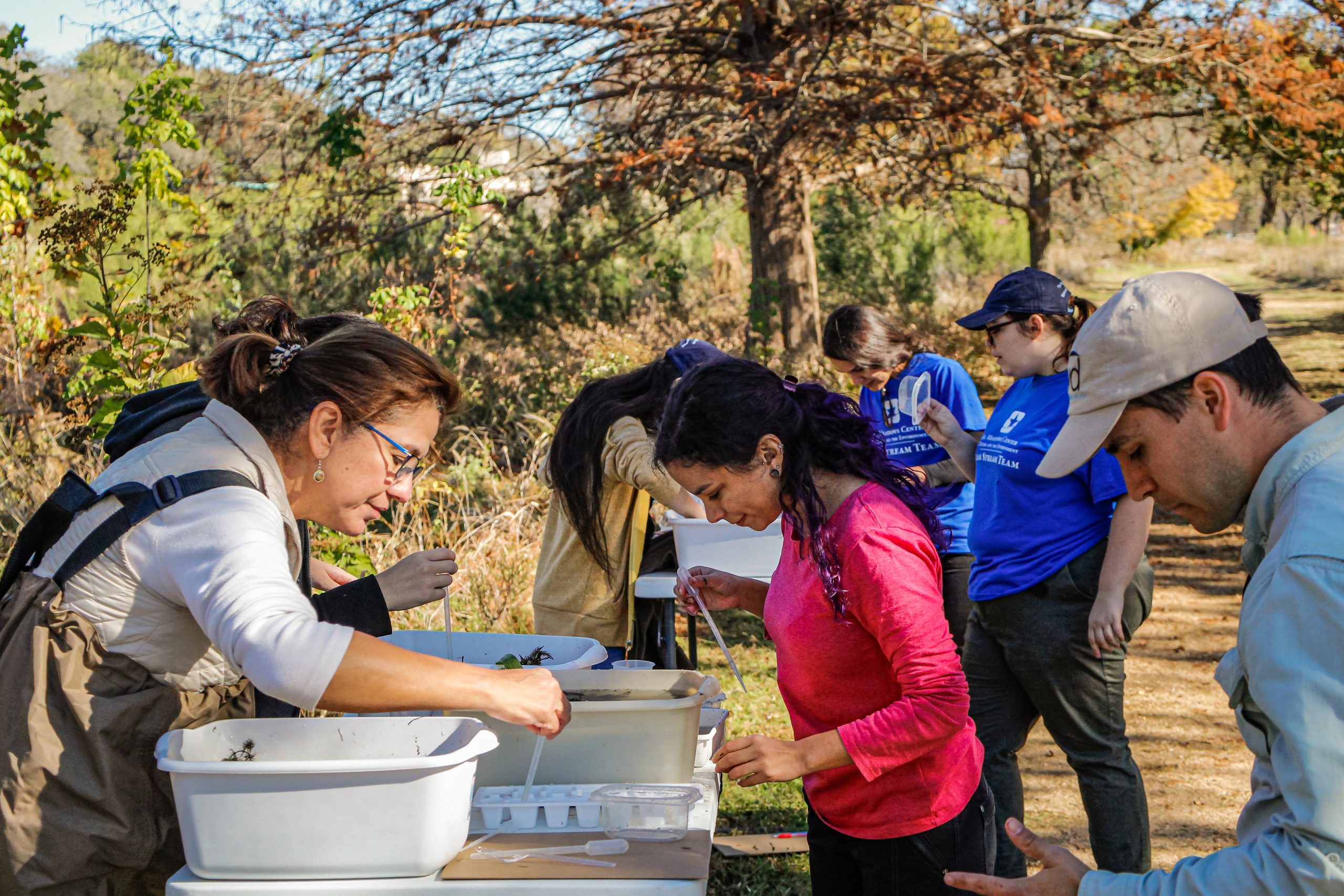 Texans depend on rivers and lakes for relief and recreation during hot summer months, as well as being invaluable water resources year-round. In return, most visitors know to clean up after visiting a waterway—take nothing but pictures, leave nothing but footprints, as the saying goes.

But trash isn’t the only pollutant threatening Texas waterways. Oil spills, bacterial blooms, and chemical leaks also pose dangers to the health of lakes, rivers, and streams. Such threats may seem impossible for average visitors to combat. Or are they?

Texas Stream Team offers those who care about the state’s waterways another option to help look after them. Since 1991, the organization has provided training for citizen scientists that includes coordinated data collection and environmental education. Originally part of the Texas Commission on Environmental Quality, the program was founded to fill gaps in the state’s water-monitoring activities. Today, the Stream Team is part of the Watershed Services division of the Meadows Center for Water and the Environment at Texas State University in San Marcos.

“With Texas being such a large state with over 191,000 miles of waterways, water resource professionals did not have the bandwidth to monitor every waterbody in the state as often as was needed, if at all,” says the division’s deputy director Jenna Walker.

“The more data collected, the more we understand our water bodies—what is considered normal, how it changes seasonally, and what readings are abnormal,” says Aspen Navarro, a program coordinator of Watershed Services.

Citizen scientists serve as the “eyes” of their waterways, says Christina Lopez, the former watershed coordinator for the Plum Creek Watershed Partnership. Stretching for 52 miles from Kyle to Caldwell County, Plum Creek has its own set of eyes in the form of the Plum Creek Stewards, a chapter of Texas Stream Team formed in summer 2021. Lopez says the stewards monitor a specific site once a month, collecting standard measurements of the water and recording field observations such as weather, water clarity, and odor.

Trainings are conducted at locations across the state and available to all, including children sixth grade and up.

Seventeen-year-old Evan Schuelke of Lockhart has been volunteering as a citizen scientist with the Plum Creek Stewards for the past nine months. He measures a site on the creek near his home. “I’ve always been very interested in conservation, specifically aquatic and marine, anything that has to do with the water,” Schuelke says. “So it was a really good opportunity to get involved in that whole world of conservation and citizen science.”

Schuelke’s monthly monitoring goes beyond tracking the water itself. “As important as measuring is, just being there in person and being able to observe the ecosystem as a whole is important as well,” he says. Fertilizer runoff or spilled oil from an accident on a nearby roadway could result in dramatic changes in algae populations, dissolved oxygen, and aquatic life in general.

“Citizen scientists have sounded the alarms for professionals to investigate fish kills, illegal dumping, toxic wastewater spills, and more that may have otherwise gone undetected for months if not years,” Walker says.

For conservation-minded citizens like Schuelke, the Stream Team allows them to have a direct hand in the health and safety of their local waterways. Schuelke hopes to bring the experience he’s gained to a future career in conservation, and he’s already managed to get a head start. He’s the founder and secretary of Lessening the Impact of Nylon on the Environment (LINE) Foundation, a non-profit whose mission is to recycle monofilament fishing line found in Texas waterways. The foundation incorporated last winter, and Schuelke’s been working on getting it up and running when he’s not busy with school. “It’s been really gratifying, even just starting small,” he says. “It’s something that’s a big part of my life.”

Anyone can join the Stream Team. Trainings are free of charge and available to all, including children sixth grade and up. After completion, new citizen scientists can get to work monitoring and submitting their data.

Beyond the Stream Team, Lopez notes, Texans can contribute to protecting their local watersheds by studying up on how their local water systems are connected—rivers, lakes, wastewater, and drinking water.

“The health of our waterways is largely dependent on our actions,” Navarro says. “Help is always needed to look out.”