The seventh annual event, along with Southfork Ranch and Futuro House, is one of many home tours in Texas you can take this fall 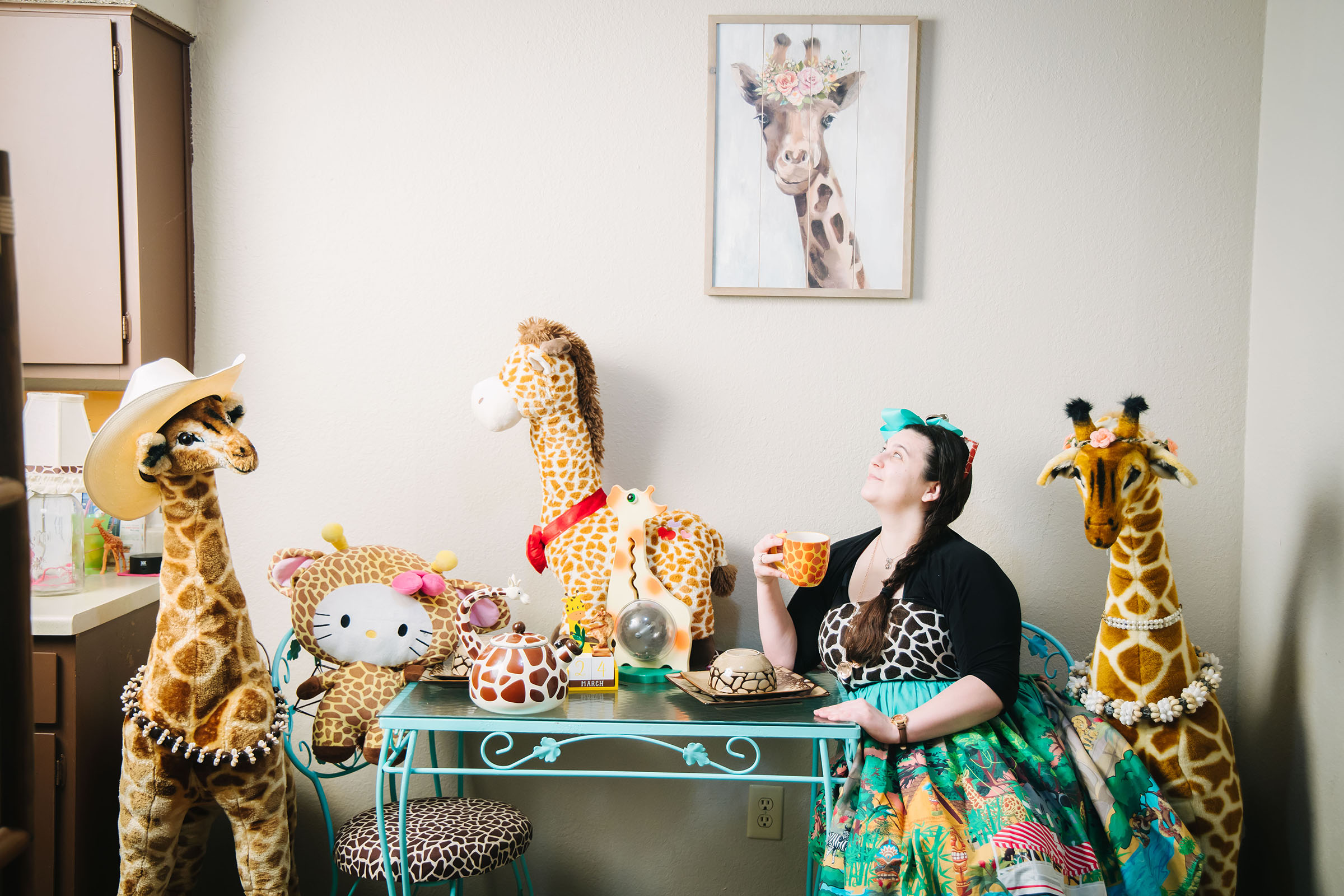 Autumn Circé’s giraffe-themed apartment is one of the homes featured on this year’s Weird Homes Tour. Photo by Thanin Viriyaki Photography

Growing up in Brownsville, Autumn Circé loved animals. She loved animals so much, she was invited to shadow zookeepers at Gladys Porter Zoo when she was in middle school.

“I’m not going to lie, I was totally thinking I would be with the tigers or the lions, and I could go back to school and say that,” she says. “But I got put into the giraffe enclosure.”

Despite her initial disappointment, Circé grew fond of the tall, graceful creatures. And when a cousin gave her a bunch of giraffe knickknacks for Christmas that year, her interest intensified. Or as she puts it, “It spiraled out of control.” Now a bank teller in Austin, Circé’s giraffe collection numbers more than 400 items, filling her 600-square-foot apartment with giraffe-themed stuffed animals, books, artwork, clothes, pillow cases, blankets, salt and pepper shakers, trash cans, dishes, vases, sunglasses, and a shower curtain.

This Saturday, Circé’s home is one of eight being featured on the Weird Homes Tour, an annual event that invites the public inside some of the oddest, most imaginative habitats in Austin. Whether it’s unusual architecture or out-of-this-world décor, these homes leave visitors in awe of a homeowner’s creativity and, in some cases, questionable taste.

“We’re the opposite of Chip and Joanna Gaines and shiplap and HGTV,” says David Neff, who founded the tour with his wife, Chelle.

Over the years, the Weird Homes Tour has included homes like artist James Talbot’s whimsical fairyland house, Casa Neverlandia, and the fictional house Tim Riggins lived in on Friday Night Lights, whose real-life homeowners decorated with a macabre collection of surgical instruments, police paraphernalia, and fake blood on the walls. 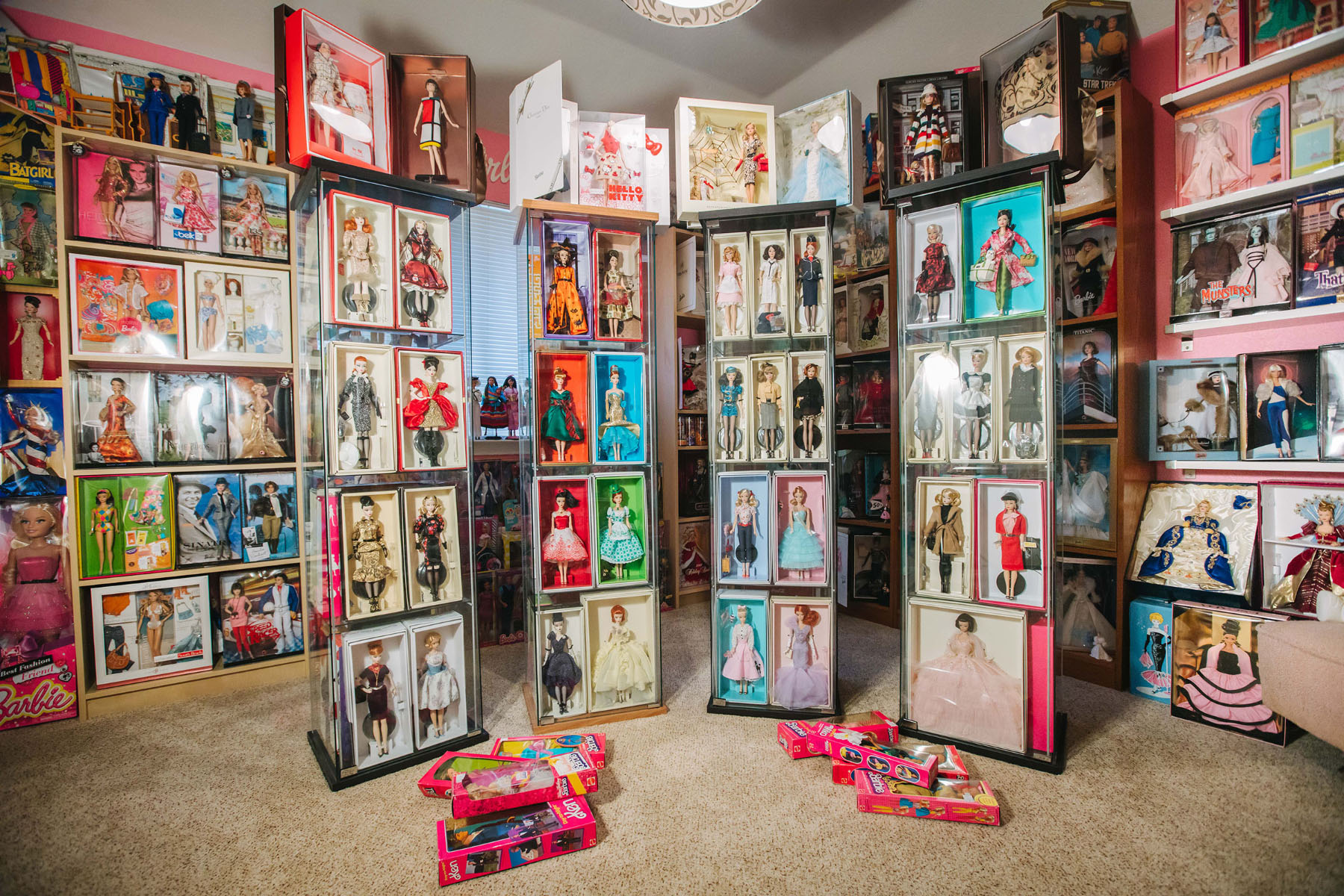 Usually self-guided and self-paced, this year’s Weird Homes Tour is being conducted virtually due to COVID-19. Starting at 1 p.m., a different home will be featured every 30 minutes. Local personalities will serve as hosts while the homeowners share their abode’s story and answer questions submitted by viewers through live chat. Tickets for the tours, which will remain available for viewing for two weeks after the event, can be purchased at weirdhomestour.com.

Since its founding seven years ago, the Weird Homes Tour has expanded to places like Houston and New Orleans (tours in those cities had to be canceled due to the coronavirus). This fall, they’re hoping to add a new city, San Antonio, and are actively seeking homes to showcase.

“We feel San Antonio is going to have some super interesting stuff going on,” Neff says. “There is a lot of folk art, outsider art, street art. It’s more colloquial. We’re excited to explore that.” (If you’d like to submit a home for consideration, go here.)

As usual, the Austin tour has an eclectic mix. Along with Circé’s giraffe house, the homes include the Tiny Treehouse Oasis, a small hand-built house situated in a tree canopy with a giant slide in front of it, and local shop owner Brandon Hodge’s Mysterious Planchette, which Neff describes as a “museum house with spirituality.”

“Every single thing in his house has a story, a history, a date, and a time behind where it came from,” Neff says. 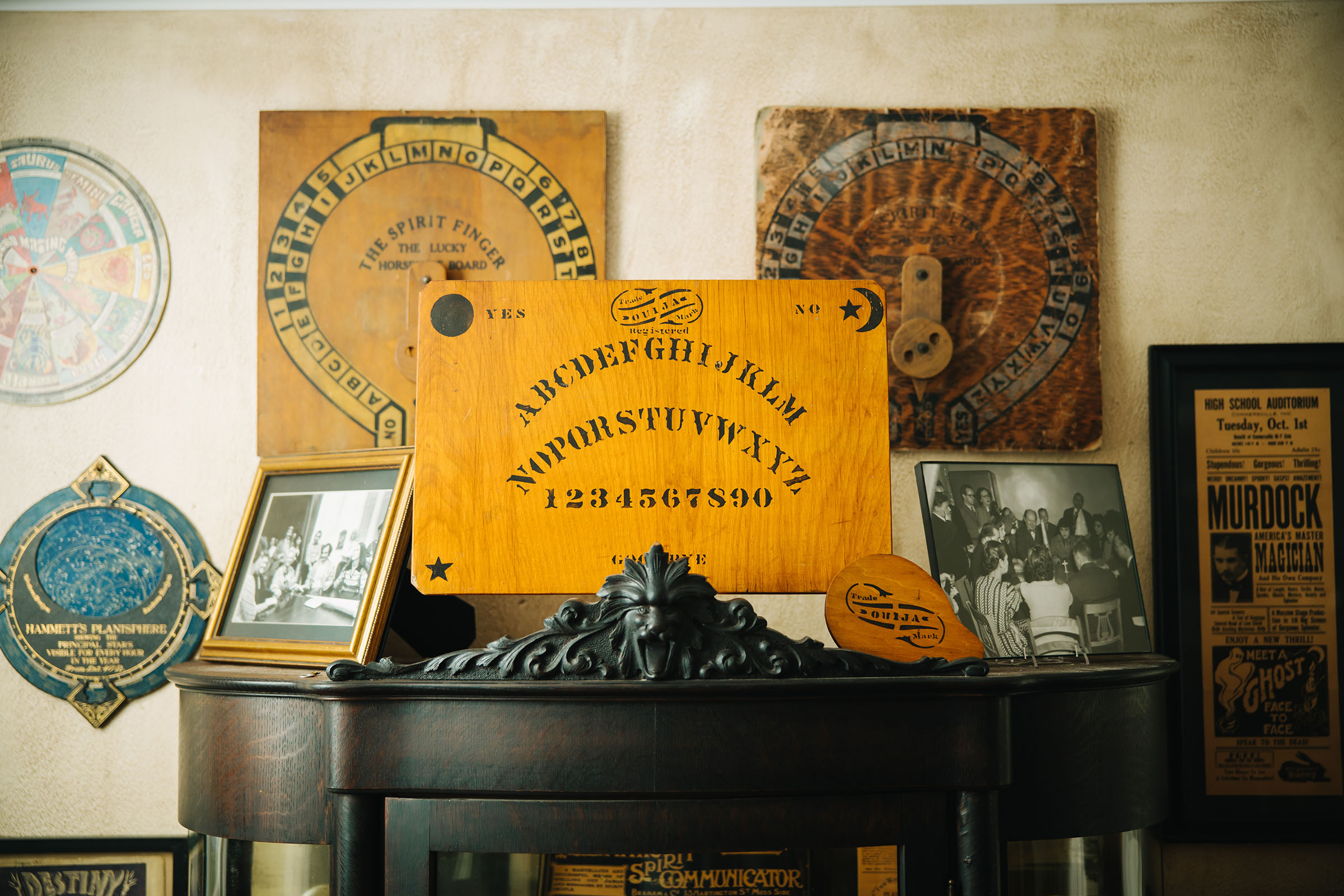 Ouija boards are one of the many items of spirituality displayed in the Mysterious Planchette House. Photo by Thanin Viriyaki Photography

Then there’s the Pop Culture House, owned by a married couple that collects KISS rock band memorabilia (him) and vintage Barbie dolls (her); and the Sand Dollar House, built in 1979 by John Covert Watson, an apprentice of Frank Lloyd Wright’s.

“People have been floating by it on Lake Austin since the late ’70s and ’80s,” Neff says.

As fascinating as the homes are, what really makes the Weird Homes Tour special is the homeowners, who not only share their personal spaces but willingly answer all kinds of questions about them. For Circé, whose friends urged her to submit her home to the tour, it’s an honor she never expected.

“I didn’t think my collection was unique or that impressive,” she says. “I’m so thankful for the opportunity, and I’m hoping I can do it again. Who knows, maybe I’ll have a bigger space then.”

Whether you’re a TV fan and a history buff, Texas has a home tour for everyone.

1892 Bishop’s Palace
Railroad magnate Walter Gresham built this Victorian-era home in Galveston in 1882. It is a National Historic Landmark and considered one of the finest examples of the period. Tours are limited to eight people and offer peeks inside the basement all the way up to the attic.

Munster Mansion
If ghoulish décor and spine-tingling stories are more your taste, visit the Munster Mansion in Waxahachie. Decorated to look just like the house from 1960s TV show The Munsters, this house includes actual items from the series’ set and hosts murder mystery events for 12 participants.

Futuro House
Located on State Highway 276 in Royse City, this futuristic structure looks like a UFO and was designed by Finnish architect Matti Suuronen in 1968 as a “moveable ski chalet,” according to Atlas Obscura. The interior has seen better days, but it’s still a popular North Texas roadside attraction.

Southfork Ranch
That’s right, the Ewing Mansion is open for one-hour tours. You can see where the long-running nighttime soap Dallas was shot, along with the gun that shot J.R. The tour includes behind-the-scenes tidbits about the making of the hit 1970s series. Don’t forget to grab a bite at Miss Ellie’s Deli.