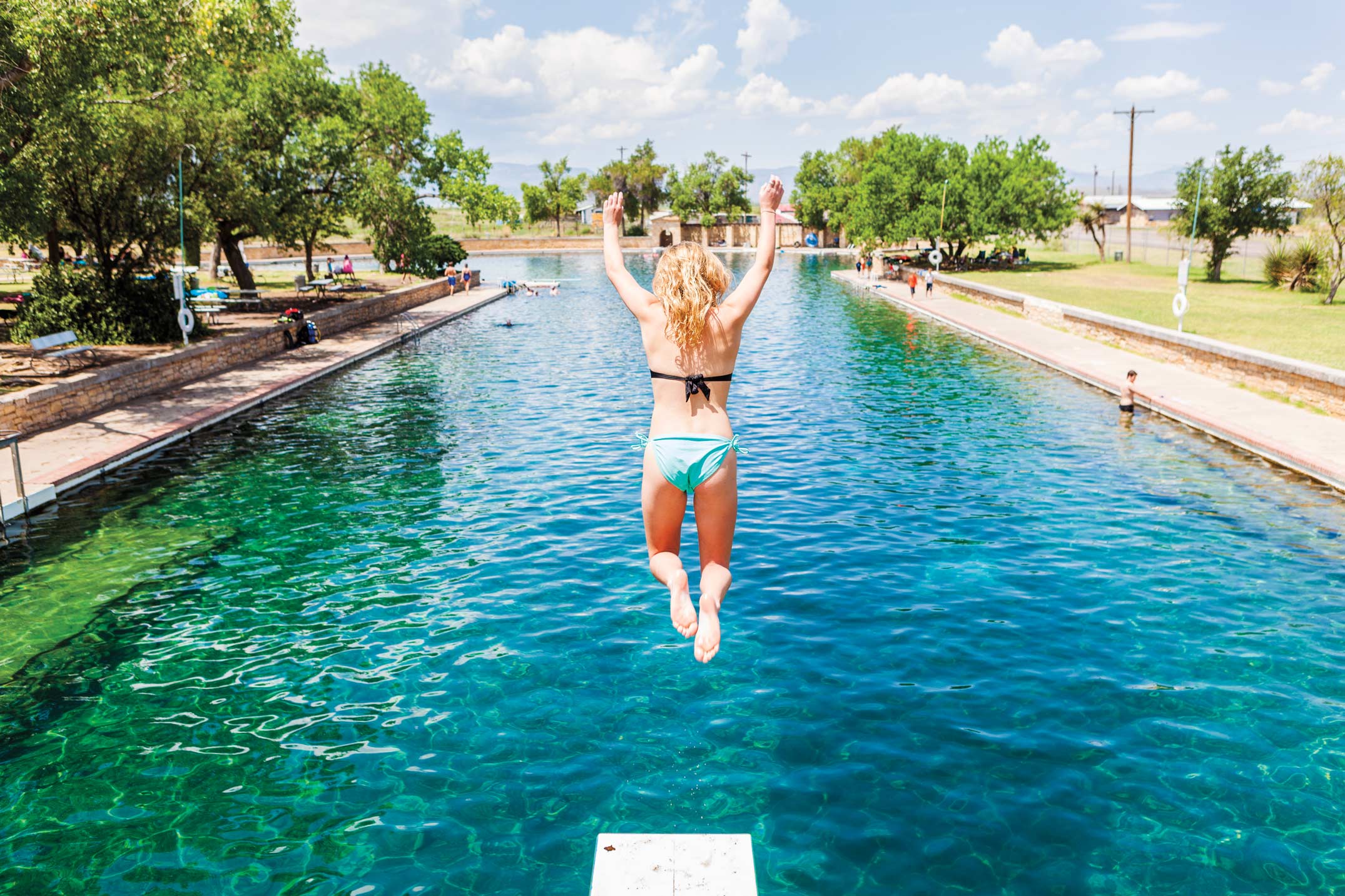 A diver jumps into the spring-fed pool at Balmorhea State Park. Photo by Kenny Braun

West Texas’ favorite swimming hole has been going through a lot over the past few years—and who wouldn’t be, at nearly 90 years old? Much-needed repairs have kept the San Solomon Springs pool at Balmorhea State Park from operating at full capacity for years. Now the park is postponing its planned reopening this spring over safety concerns related to ongoing construction.

Last fall, the park announced it would close for repairs to the septic system and reopen this March. Those repairs—along with ongoing repairs to the CCC-built pergola near the diving board, the on-site resort San Solomon Courts, and other structures around the pool—will delay the reopening of the park, including the spring-fed pool, until sometime this summer.

“We’re saying ‘summer’ because it could be at any time in the summer,” says Stephanie Salinas Garcia, a press officer for the Texas Parks and Wildlife Department. “We didn’t put an actual deadline on it since several major construction projects are going on at once.”

Factors contributing to the delay have included unanticipated snowfall in the area this winter, as well as the need to completely replace the entire septic system, instead of limited repairs as the department had anticipated.

The pool reopened in March 2019 after 10 months of repairs to a crumbling pool wall, which inspired some private businesses to get creative to help fund repairs. The pool was open for just six months when the septic system caused it to close again. This time around, though, the department is hoping the repairs will be the last for a long while.

“I can’t speculate as to what the future holds,” Garcia says. “We’re working diligently to get it done, and we’re doing the best we can to make sure that once it reopens, the visitors have the best time possible.”

If you’re looking for somewhere else to cool off in the meantime, check out our list of some of Texas’ best swimming holes.