Dave’s: A Pawn Shop Is Filled to the Brim With Historical, Eclectic, and Cryptic Artifacts 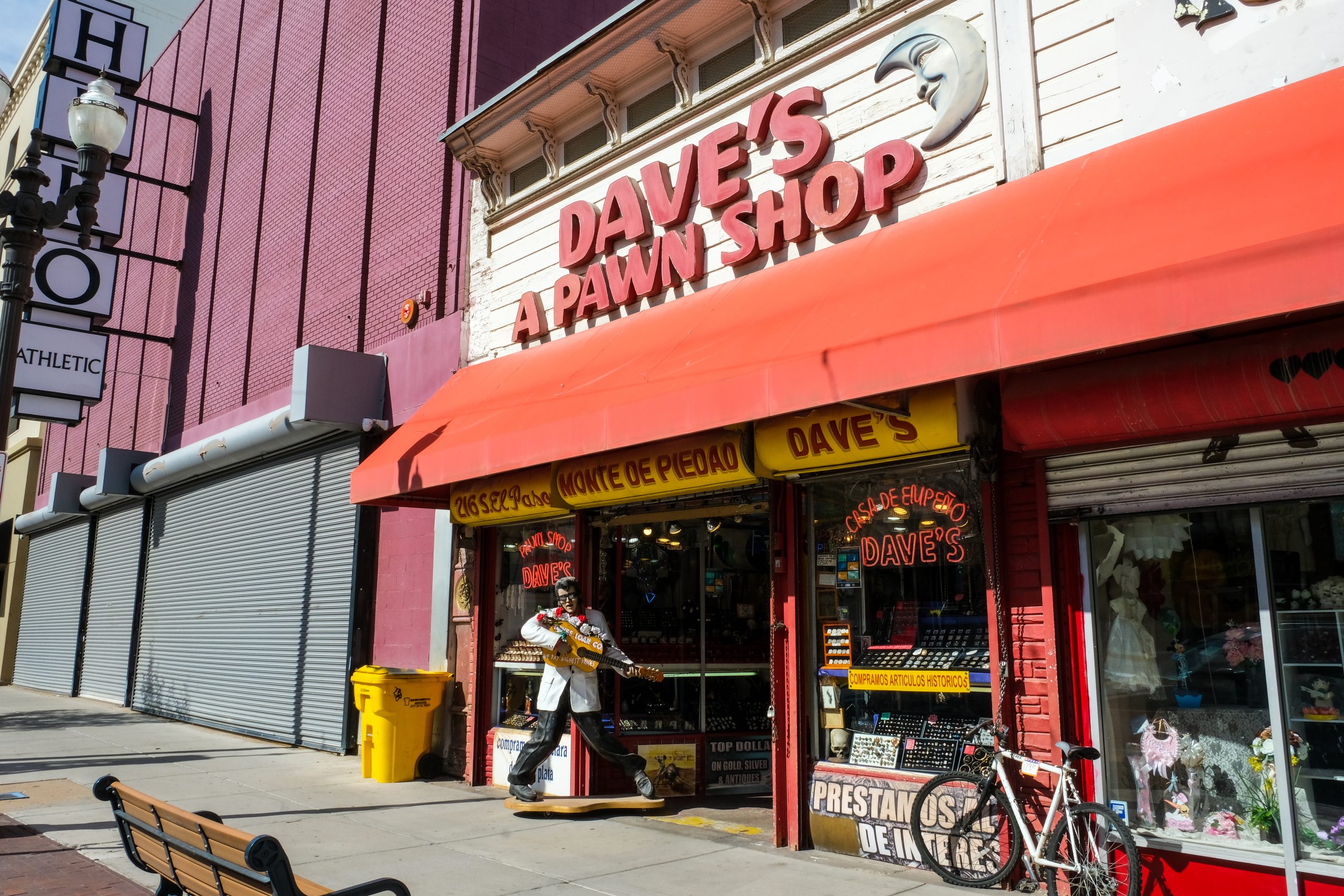 Dave’s is situated inside the oldest and last surviving false-front structure in the city.

South El Paso Street in downtown El Paso is the stuff of legends, revolutionaries, rock stars, and one-of-a-kind oddities. The oldest and first street in the city, the just under one-mile stretch directly leads into Ciudad Juárez, Mexico, with everyone from infamous outlaws such as Billy the Kid and John Wesley Hardin to President Howard Taft and Mexican guerrilla Pancho Villa having roamed the famed thoroughfare.

Despite the iconic street no longer being the hub it once was for outlaws or dignitaries, its status as one among legends has been kept alive thanks to Dave’s: A Pawn Shop. Inside, overflowing showcases, boxes, and various relics carve out a cramped, meticulous path to the back counter. But visitors from across the globe rarely notice the store’s tight quarters, often too captivated by the strange and notable items for sale.

“What interests you or offends you might not interest me or offend me,” says fourth-generation owner Clay Baron. “We have a stuffed ‘Chupacabra,’ wax heads, actual human bones, a real skeleton, and everything between. So we joke that we have everything except space.”

Baron’s great grandparents first opened the shop as a military surplus store in the 1940s on a different side of South El Paso street. When they had the opportunity to buy the current location, they moved along with their inventory and soon started a small loan desk to serve GIs in need of cash. Eventually, the new venture became more successful than the surplus side of the business, and Dave’s officially opened in 1953. Family-owned and operated since the shop opened, it’s the last surviving false-front structure in El Paso and located inside the oldest existing building in the city dating back to 1882. 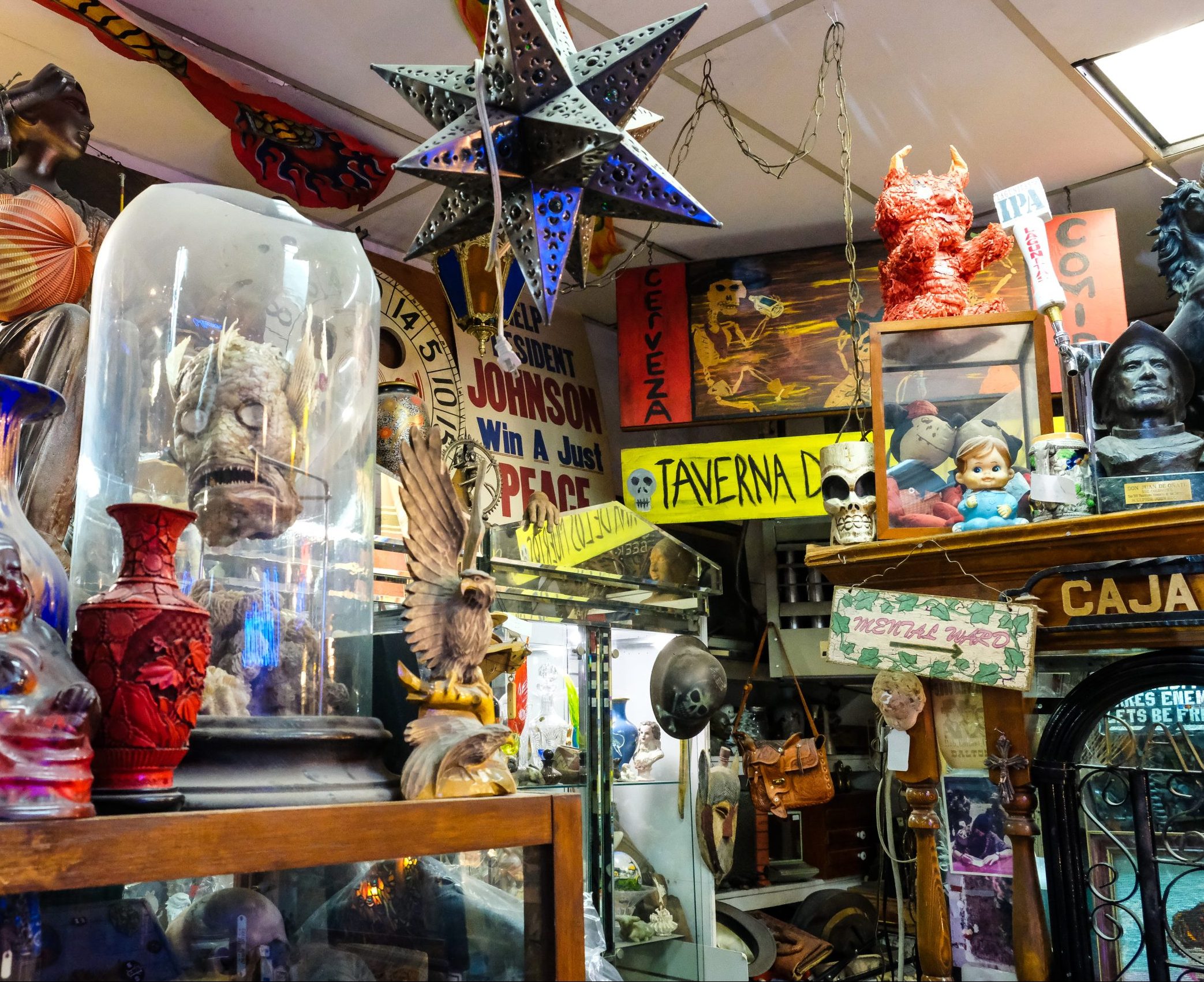 Every nook and cranny of the shop is stuffed with items you probably wouldn’t find anywhere else.

The shop is not an easy place to overlook. A life-size statue of Elvis Presley playing the guitar greets shoppers outside the entrance with his music usually blaring out onto the sidewalk. But, if you look closely into the front window, there’s a small rusted metal box that has long sparked curiosity. Enclosed is Pancho Villa’s purported mummified trigger finger. Long, lanky, slightly pointed, and now coal-black from its age, Baron says the bizarre item was brought into the shop in 2004 with not too many questions asked about its origins.

The only additional information known about the finger comes in a small wooden frame attached with a typewritten paragraph that underlines Villa’s controversial legacy as a ruthless killer but also a beloved hero. However, the document does allege that three years after Villa’s death, an “ex-Villista” officer opened his tomb and sold his head to an “eccentric Chicago millionaire” with his finger also missing at the time of the exhuming. It notes that the severed finger was preserved to “serve as a glimmer of hope to all those that faithfully served and admired Villa.”

Speaking of mummies, for the cool price of $14,995, visitors have the chance to purchase what is said to be the only mummy of a human being available in El Paso and Texas. Like Villa’s trigger finger, the small figure is shriveled up, cryptic, and has served as one of the shop’s main attractions. But the latest item, supposedly already claimed, is an expired Pfizer Covid-19 vaccine bottle floating in epoxy. Other artifacts that have drawn interest in recent years have been a Fender Squier ’51 autographed by both Eric Clapton and Bob Dylan, a handwritten letter by serial killer and El Paso native Richard Ramirez (aka the “Night Stalker”), and a glass dome holding a 150 million-year-old coprolite, or simply put, dinosaur poop. 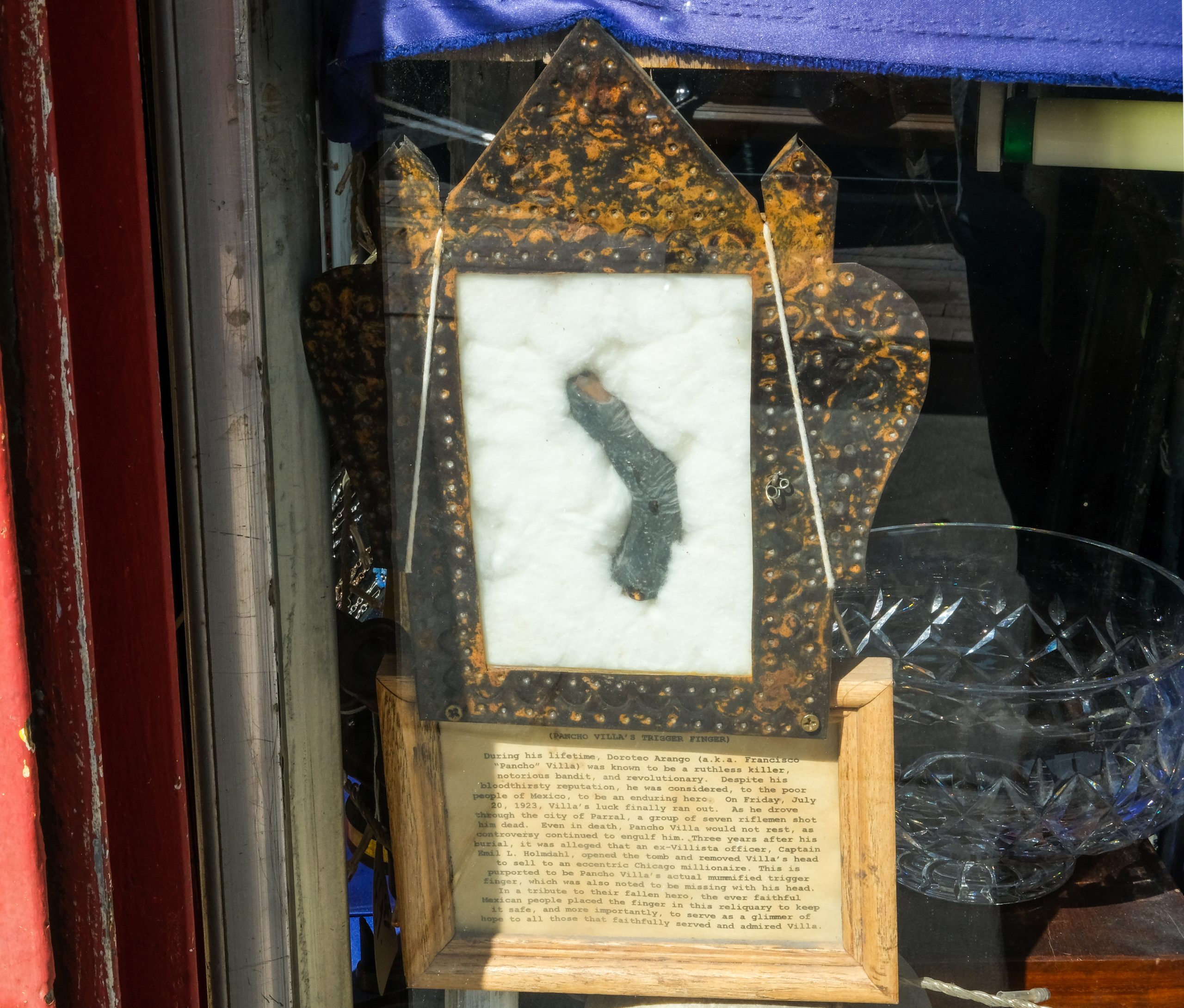 Mexican revolutionary Pancho Villa’s severed trigger finger is one of the many mysterious items that can be found at the shop.

While the shop is popular, Baron will be the first to admit it’s “not as popular as Chico’s Tacos.” Yet, it has still welcomed the likes of ZZ Top’s Billy F. Gibbons, Eddie Van Halen, Marilyn Manson, and, just a couple of weeks ago, Jack White. Sitting across the 1914 Alhambra Theater, most recently known as Tricky Falls, Baron recalls musicians and bands frequenting the shop when booked to play across the street. “We’ve had a ton,” Baron says. “Before it was Tricky Falls, it was Club Xcape, and for years we had all sorts of people from the music scene come through.”

Throughout the decades, the shop’s clientele has evolved from GIs to a diverse range of locals and travelers. It’s one of the oldest operating businesses in the city, but more impressively, it continues turning the page on South El Paso Street’s fabled reputation with all the mysteries the shop has to offer. “It’s a labor of love,” Baron says. “Being in the family business, it’s like I’ve always done it. I was down here doing something even way before I could work. The shop is just a big part of this city and part of me.”