DJ Chris Varelas spins records from a personal collection featuring about 120,000 songs, most of which you’ve probably never heard 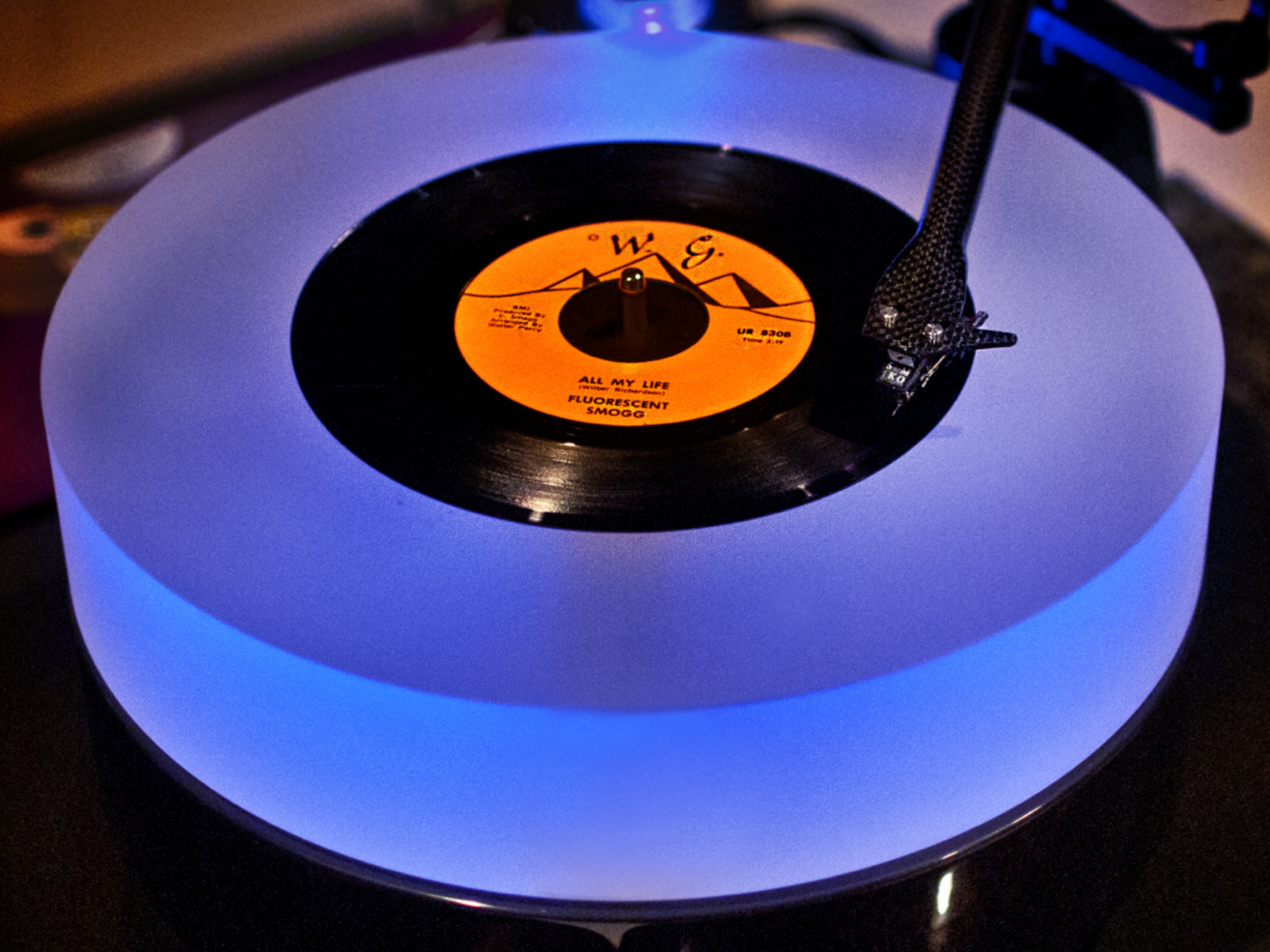 If you’re driving north on State Highway 16, and the sky is clear and you’re lucky, the radio signal for 97.9 KCJV might very well kick in a little north of Poteet. The station might sound fuzzy at first, with the buzz and howl of a 1960s garage-rock band under a layer of static.

If you’re driving west toward the Alamo on Interstate 10, you’re likely not going to be able to hear it until close to Interstate 410. Then you might encounter a doo-wop act you’ve never heard before, or a girl group, or a surf instrumental.

But once you hear it, you never forget it. 97.9 KCJV, located 20 miles northwest of San Antonio in Leon Springs, is a nonprofit, 15-watt, 24-hour radio station specializing in music from the past you didn’t know you needed to hear. Powered by owner and operator Chris Varelas’ massive, private record collection, KCJV plays, as Varelas puts it, “rare instrumentals, surf, hot rod, doo-wop, rockabilly, garage, teen, soul, and funk.”

“The tower we are on is at a high elevation and FM signal is contingent on line of sight, especially for a low-wattage station,” Varelas says. He means that if you can see the tower, you can probably hear the station. “Going south from Leon Springs, you can hear about 40 miles out. North, east, and west, it’s more like 12 or 15.” (Then again, you can avoid all of this by listening on the station’s website.) 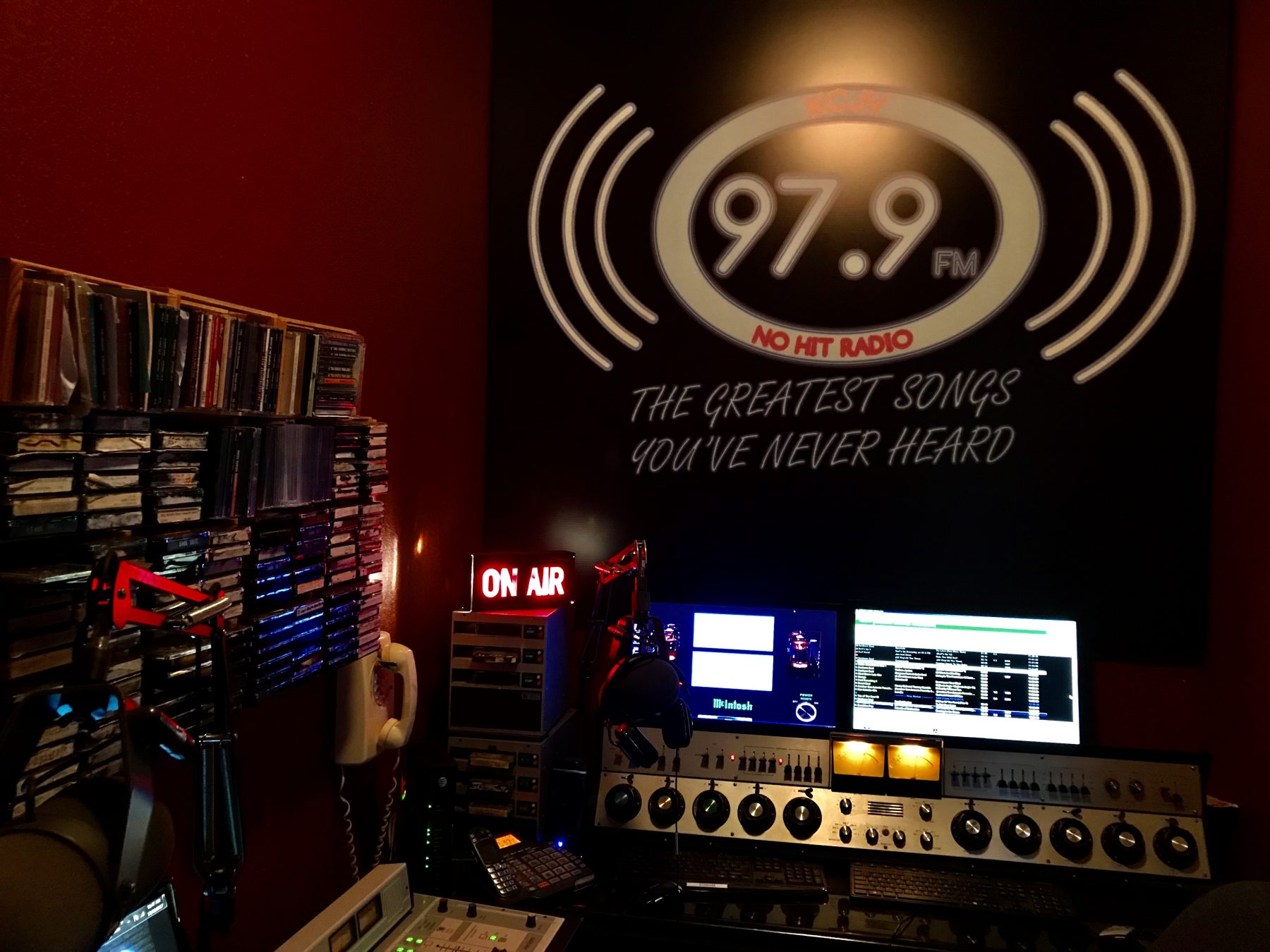 Varelas has been a record collector since the age of 10 and in and out of radio since he was 15. He acquired the license for KCJV in 2016, a few months before retiring as a San Antonio fire battalion commander. He saw it as his chance to make the radio station of his dreams.

“I wanted a station that plays and showcases these artists that never got a chance to go national,” he says. “They might have been hits in a specific geographic region, but for one reason or another, they didn’t have the infrastructure songs. We play what we call ‘The broken dreams of the rock ‘n’ roll era.’”

The first time you hear KCJV, it feels less like going back in time and more like tuning into a station from an alternate reality. The programming isn’t genre-bound and commodified. There are no ads and no breaks, just often-breathtaking music from another era, most of which is new to you.

KCJV isn’t like most oldies stations, which have a pretty tight rotation of a few hundred well-worn songs (“I Can’t Help Myself” by The Four Tops, I’m looking at you). It’s also not like a college free-form station, where you never quite know what’s happening next. With KCVJ, Varelas draws upon about 120,000 songs from the 1950s to the late ’70s. Many of these come from San Antonio acts such as The Commands, a doo-wop and soul outfit out of the Randolph Air Force Base known for their single “No Time for You,” or The Royal Jesters and their horn-heavy “My Angel of Love.” 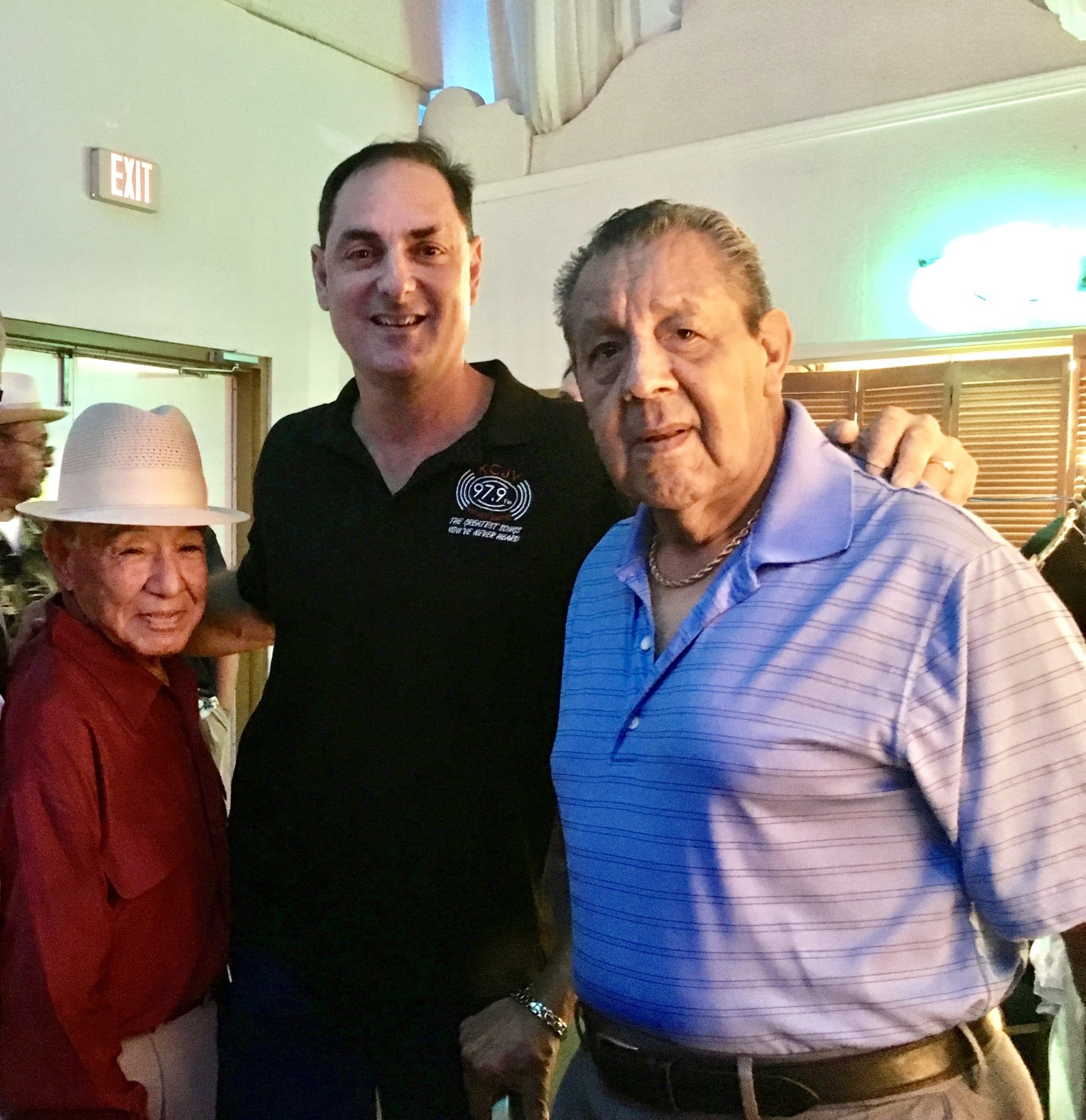 There was a time when popular music was regional stuff, like 1960s garage rock from San Antonio or Austin or Dallas, for example. This music was typically released on small, local labels and might become a regional hit, but it usually never found purchase outside of the city or state.

“The whole idea was to play things that I knew were local and just as good as anything that went to the top of the charts,” Varelas says. “I wanted to play records by San Antonio artists that had no distribution, no marketing, no promotion.”

Varelas calls this community content. He has about 2,000 acts in his collection from San Antonio, some of whom might be hearing their songs on the radio for the first time ever. He says he heard from one San Antonio garage rocker a few years ago, whose rare single he had just played.

“This guy calls and says, ‘How do you even have my record? I was a senior in high school when we cut it and put it out on the Alamo Audio label. We only made about 100 copies. It bombed so we got as many as we could find and shot the records as skeet.’”