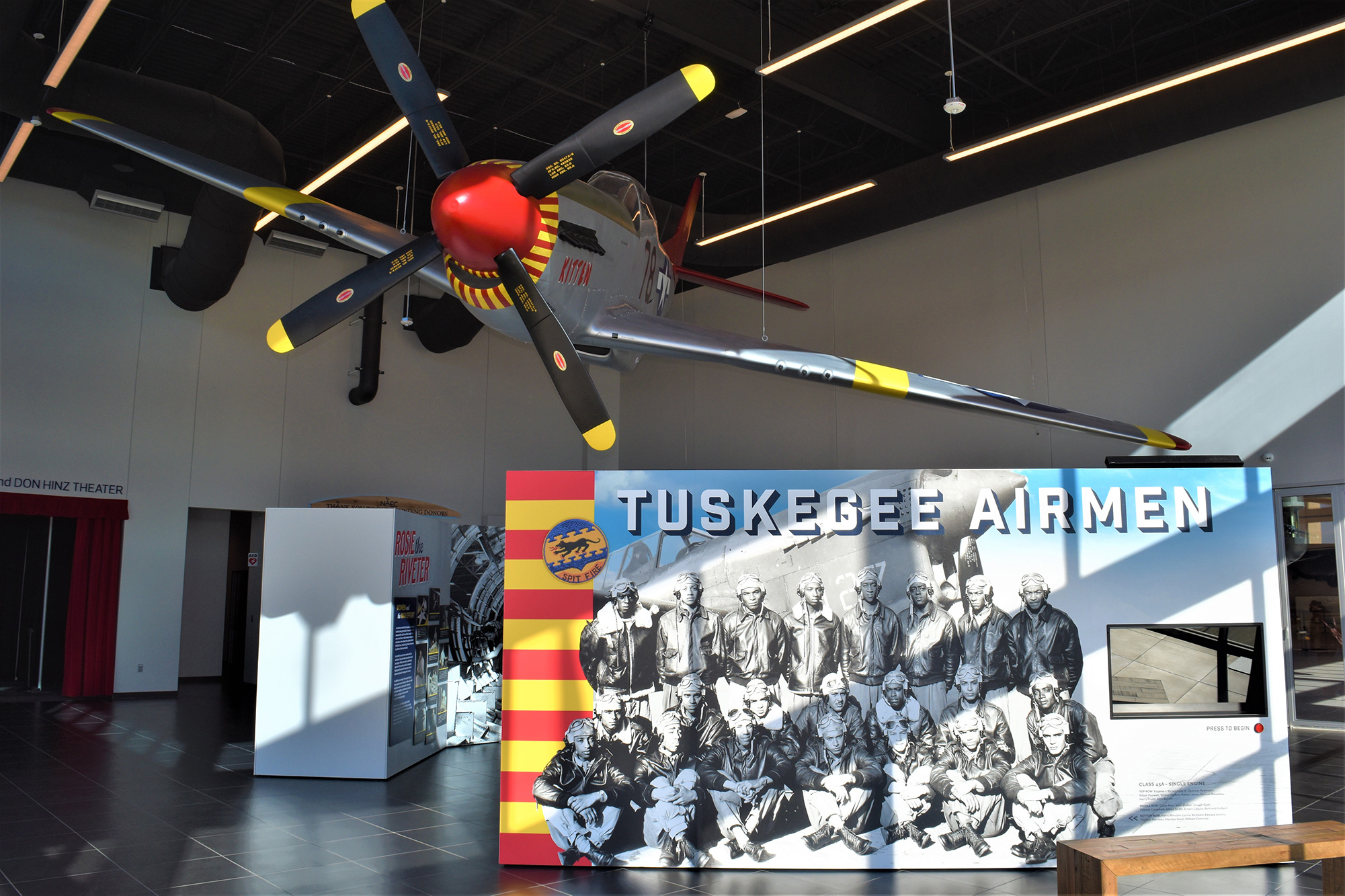 The museum features a display about the Tuskegee Airmen, an African American squadron that served in Europe

Each spring, for several years, I would hear a low rumble beginning in the west. The vibrations would get louder, causing some of our home’s loose-fitting windows to rattle. Startled at first, I’d smile and look up. The warbirds had returned.

In 1957, crop-duster pilot Lloyd Nolen and a few Rio Grande Valley friends purchased a World War II-era airplane, kickstarting the CAF’s mission to preserve these planes and share their history and importance. In 1961, the group of enthusiasts joined other vintage aircraft fans to form the nonprofit organization. Today, it includes 13,000 members and 175 planes, all flight-ready, thanks to dedicated maintenance. 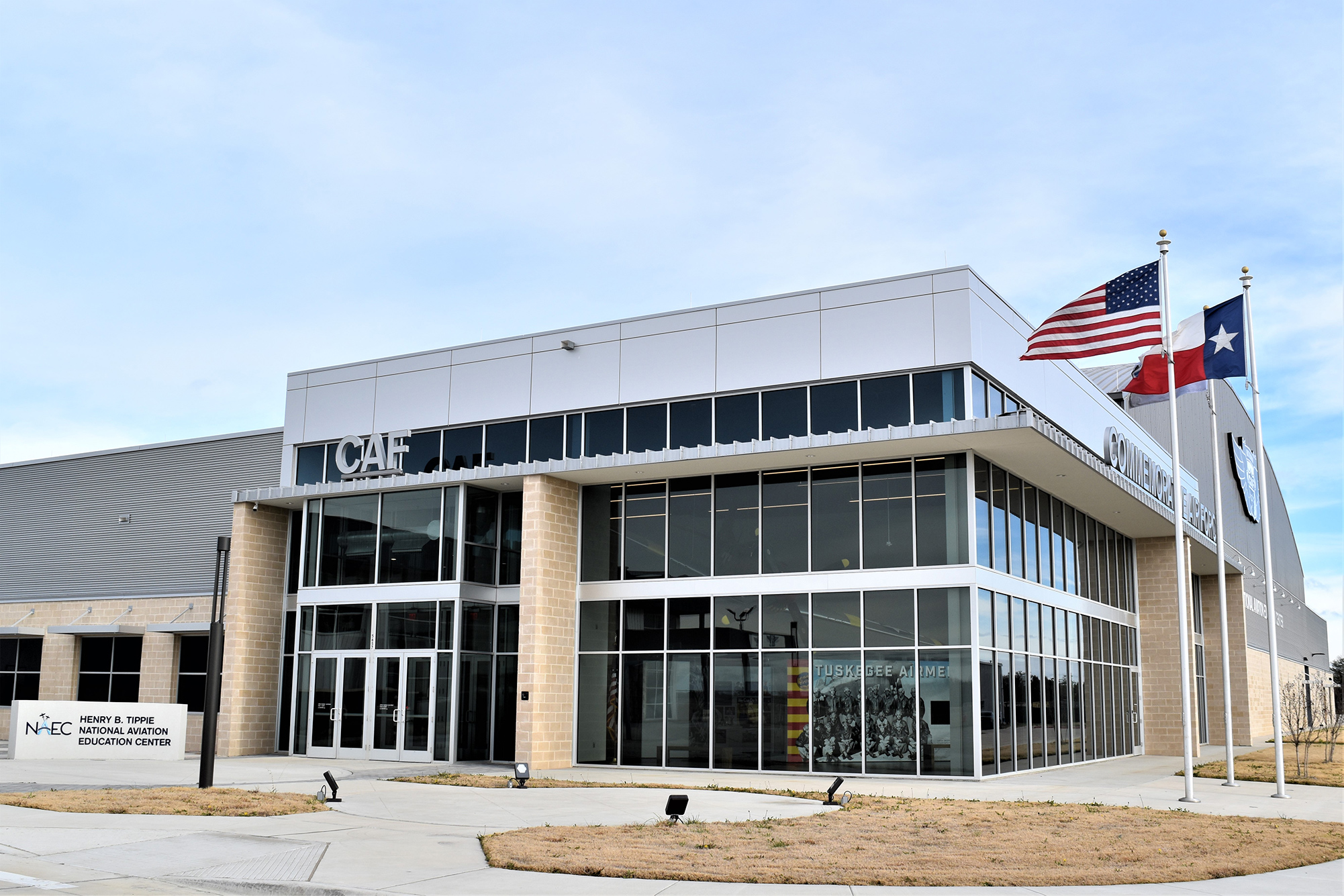 The Henry B. Tippie National Aviation Education Center opened in Dallas in 2021

But preservation is only part of their mission to “Honor the Past, Empower the Future.” In addition to welcoming the public, the NAEC encourages area students not only to appreciate what previous generations sacrificed for freedom, but also introduce them to aviation-related fields. According to Nancy McGee, Vice President of the NAEC, one out of every six jobs in North Texas relates to aerospace.

Each display and learning opportunity offers the vision, “This could be you.” The full-size model of a P-51 Mustang suspends above panels honoring World War II heroes on the battlefield and home front. The Tuskegee Airmen, an African American squadron who valiantly served in Europe, are featured prominently, followed by stories of “Rosie the Riveter,” women who assembled aircraft and armaments. Less known are the Aztec Eagles, a Mexican squadron of volunteers who, after completing flight training in Greenville, flew combat missions in the 1945 Battle of Luzon in the Philippines.

Another panel documents Texas’ role in the war, supplying millions of barrels of oil for the effort. My wife, Marilyn Spaulding, was delighted to see the tribute to the Women Air Force Service Pilots (WASP), since her mother trained with the WASP in 1943. These pilots served with distinction, ferrying planes and towing targets for live-fire exercises.

A few steps away, the Brigadier General Charles McGee and Don Hinz Theater’s video presentations document the challenges and contributions of the Tuskegee Airmen and WASP. 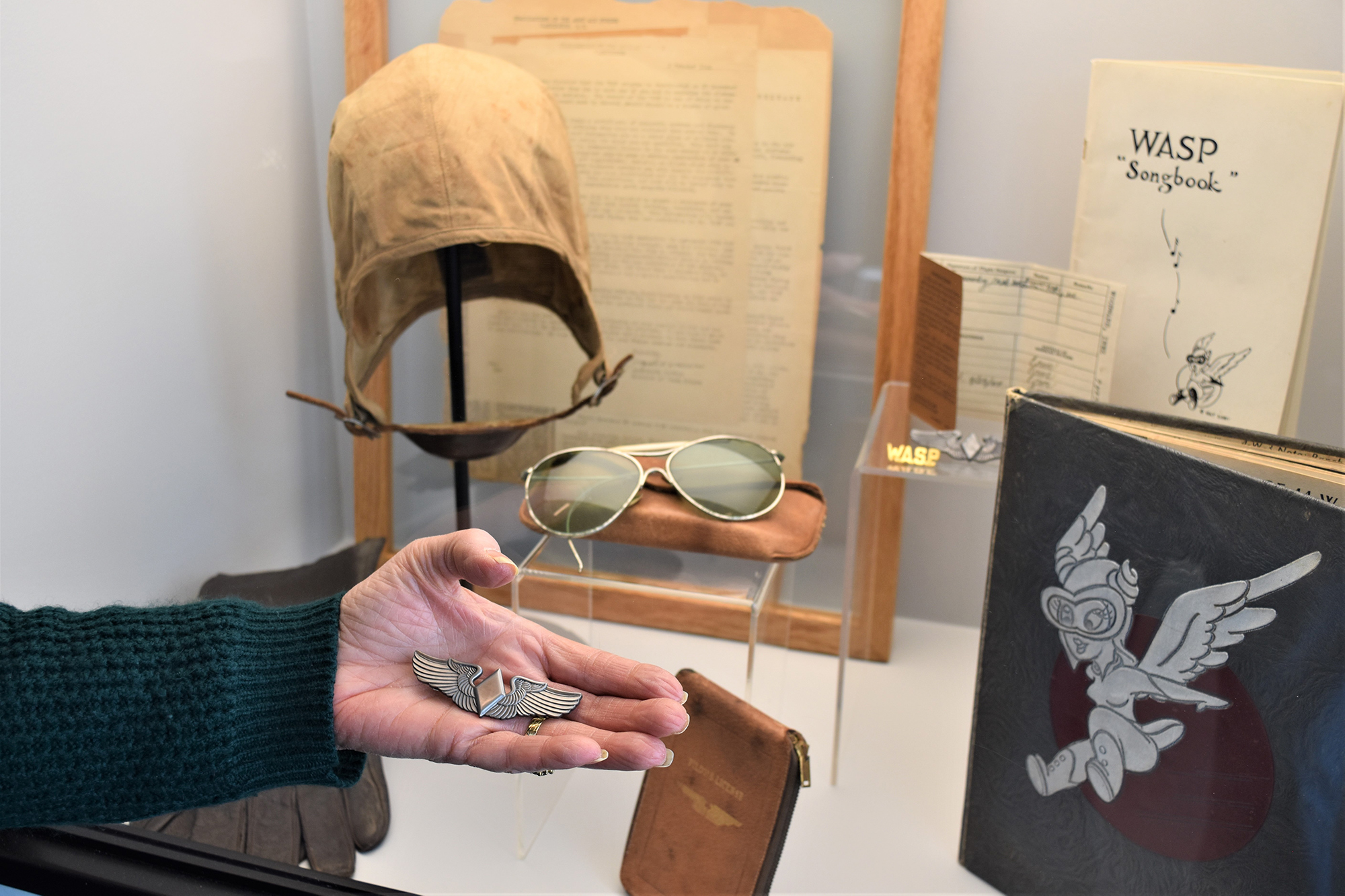 “Representation really does matter, especially in the (diverse) neighborhood we’re in,” says Virgil Hatfield, marketing specialist for the Center. “We want to let the community know that we’re here, so people can see themselves in history.”

Also in the museum is the Gallery, a collection of “nose art,” metal sheeting from reclaimed World War II aircraft. Visitors can access an app showing each of the original aircraft flying through clouds, documenting each of their missions. The art dates from a different time, representing what pilots missed and looked forward to when they returned.

And on my tour early this year, the main hangar featured period aircraft, all poised toward the hangar door, as if eager to begin another mission. Two of the marquee planes, bombers “Diamond Lil,” a B-24 Liberator and “Fifi,” a B-29 Superfortress, are in fact preparing for more than 20 air shows scheduled throughout the country, beginning in April. Vintage aircraft from other locales will join them so visitors can view them on the ground and even experience flights. While the featured warbirds begin traveling, up to six other vintage planes will be on hand throughout the spring and summer to view in the hangar. They will all return home for the 2022 CAF Wings Over Dallas World War II Airshow, November 11-13. 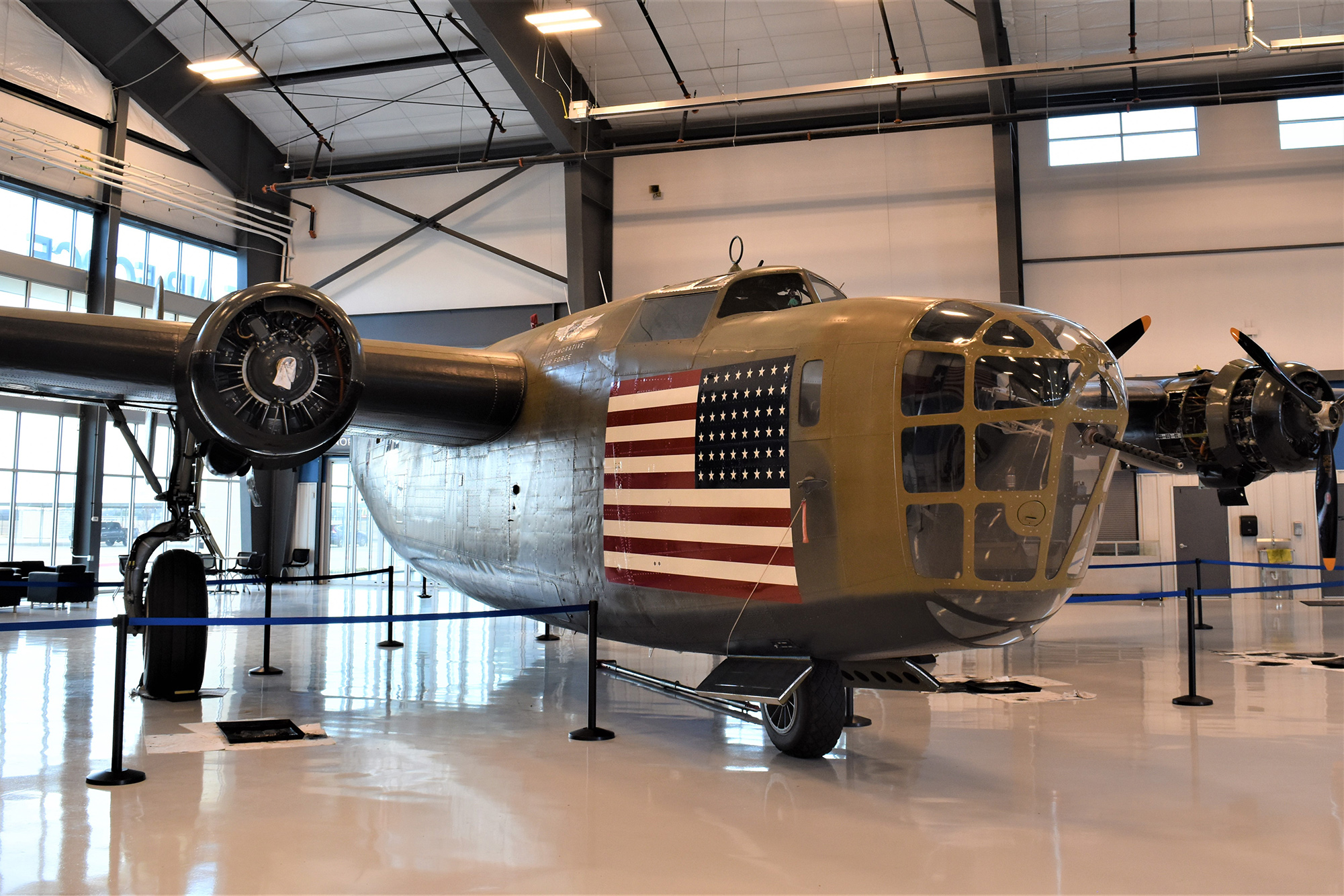 The Diamond Lil, a B-24 bomber, is on display at the Henry B. Tippie National Aviation Education Center

The Center also offers programs designed for both corporate team-building and education-related experiences. The “Home Front” portrays everyday life of Americans during wartime. Painstakingly built, using artifacts from the 1940s, it provides a window into rationed food, gas shortages and other challenges to the typical American family. The “Build Guild” offers students a chance to learn metal and wood airplane fabrication. High school students are currently restoring a Piper J-3 Cub aircraft. The Center makes more training available through STEM camps each summer. Nancy McGee said that they want the kids to come away with five “C’s”: “critical thinking, communication, collaboration, creativity and citizenship.”

The NAEC was dedicated on Veteran’s Day, Nov. 11. Present for that event was 102-year-old Tuskegee Airman Brigadier General Charles McGee, who passed away Jan. 16. The Center’s ambitious goal: To honor the heroes of General McGee’s generation, while empowering future generations of aviation enthusiasts.

And if you hear a rumbling sound later this year, just look up. You may hear the warbirds migrating back home from another successful mission.