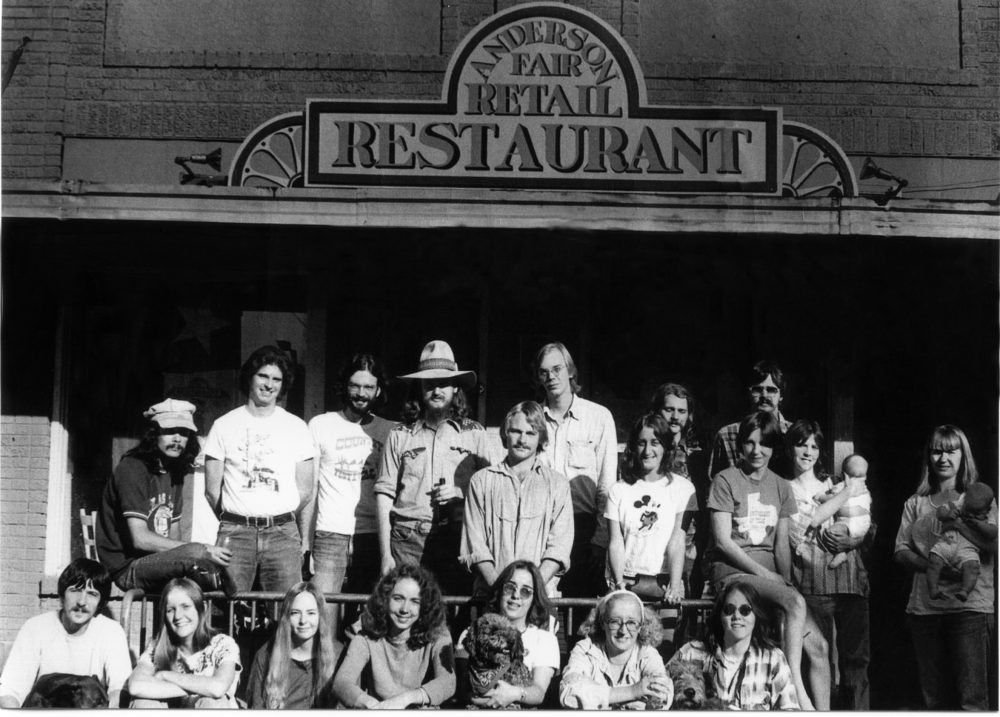 Located on a small side street off Montrose Boulevard, the barn-shaped space opened in 1970 as a spaghetti restaurant but quickly morphed into a hippie enclave for folk music. Since then, Anderson Fair has built a reputation for bringing great talent to light, and singer-songwriters of all stripes have graced its stage. The venue’s influence runs so deep that a 2000 documentary, For the Sake of the Song, produced on the occasion of the club’s 40th anniversary, traces its legacy. The interior décor testifies to the building’s storied past. Vintage posters adorn the walls, along with signed photos of the many musicians who have performed there.

The current owner, Tim Leatherwood, first became involved in 1973. “I started out as a customer, and somewhere along the way I started doing things. Pretty soon I was paying the bills,” he chuckles. Aside from overseeing general operations, he also serves as sound engineer and books performers for Thursday, Friday, and Saturday nights throughout the fall, winter, and spring seasons. Upcoming shows include Drew Kennedy on March 6, Curtis McMurtry on March 7, Butch Hancock on March 13, and Matt the Electrician and Southpaw Jones on March 21. 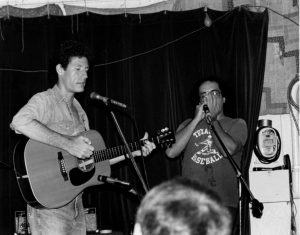 In recent years, Anderson Fair has hosted acclaimed established musicians like Butch Hancock, Terri Hendrix, Lloyd Maines, and Shake Russell as well as emerging troubadours. Michael Fracasso, an Austin-based musician who has been a regular performer there for about two decades, praises the listening room’s warm acoustics and its equally warm and welcoming community: “It’s one of those hidden gems. It’s like a part of old Houston that doesn’t exist anymore.”

Leatherwood concurs. “It’s kind of a throwback, but in reality it’s never changed,” he says. “We seem to strike a chord with a particular slice of humanity.” He attributes the venue’s longevity to the fact that it has always been a volunteer organization, and that the people involved were never in it to make money. A corps of about 10 volunteers runs the show, selling tickets at the door, pouring drinks, busing tables, and serving up simple fare like quesadillas, nachos, baked potatoes, and popcorn. Some have been helping out for more than a decade.

The devotion of the volunteers is matched by that of the audience members, many of whom are regular visitors. This shared sense of community is ultimately what sets Anderson Fair apart: seated just a few feet from the performer, and inches from other music lovers who cram into the cozy space, you can’t help feeling that you’re among old friends.