On view until early December, The Bryan Museum's 'Saddle, Up Cowboy!' exhibit celebrates an essential tool in the history of the West 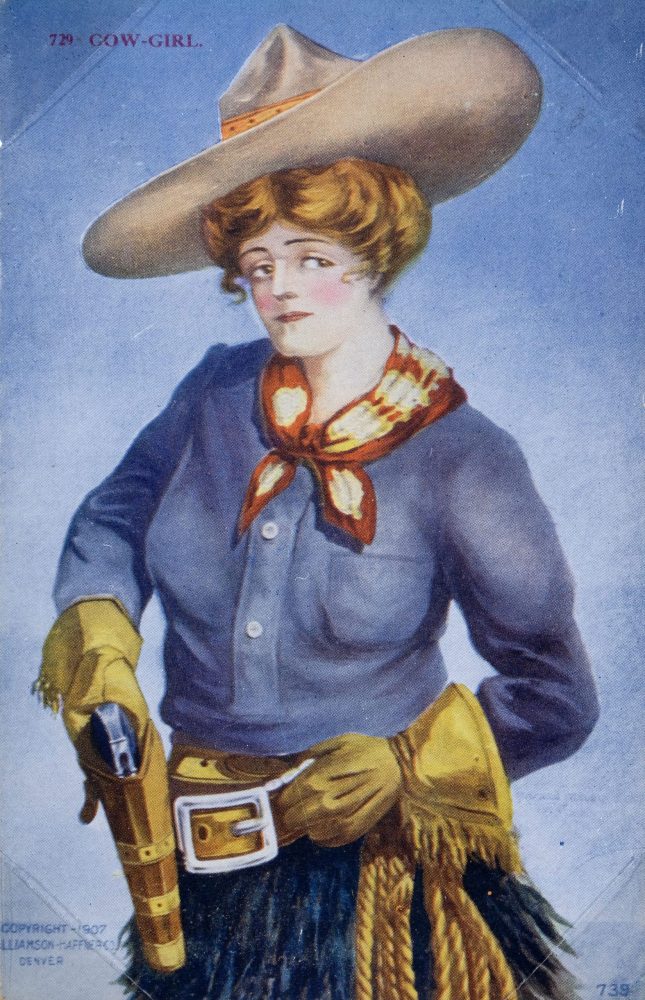 The exhibit includes this 1907 postcard by the Williamson-Haffner Co. Courtesy The Bryan Museum

Cowboys never would have gained mythical status in dime store novels and Hollywood films if not for one tool of their trade—the saddle. Shoot, the West might never have been won without this essential piece of leather engineering.

That’s the inspiration behind Saddle Up, Cowboy!, an exhibit at The Bryan Museum in Galveston. The display provides fascinating insight into the history of the saddle and its crucial function, as well a closer look at the profound craftsmanship that goes into even the most basic working saddle and the extraordinary and elegant parade saddles. The assorted saddles on view—some dating back nearly 200 years—come from a larger collection amassed by museum founder, J.P. Bryan, a collector, historian, and businessman.

Bryan grew up helping his grandfather and uncle, who were Texas cattlemen. He kept the saddles he cowboyed with and continued to collect them as his intrigue grew: “I had a cowboy’s interest and was a student of a good saddle,” Bryan says. As his collection of artifacts relevant to the settlement of the West grew, his quest for saddles expanded as well. 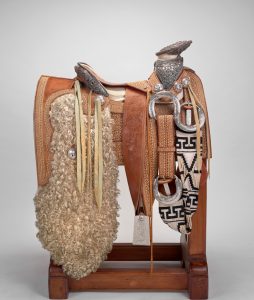 For the exhibit spotlight, the museum is spotlighting a handful of saddles from among the nearly 40 at the museum. It’s hard not to be entranced by the handsome Mexican charro saddle made in 1982 for Mexico’s then-president Jose Lopez Portillo. Crafted from caramel colored leather, it’s elaborately adorned silver horn and profusion of other silver detail, along with long flowing Angora goat hair and minute stitching technique called piteado—done with century cactus threads—is nothing short of fantastic.

Another striking saddle is a black-and-silver work made in the 1930s by the celebrated Edward Bohlin. A native of Sweden who fantasized about joining Buffalo Bill Cody’s Wild West Show, Bohlin created stunning saddles for Roy Rogers and Tom Mix. The artful floral tooling on the leather and the intricate designs on the profusion of sterling silver explains why he became the most famous of all such craftsmen.

A film at the exhibit’s entry includes interviews with members of the Stelzig family, whose saddle business in Houston and Galveston dates to 1870. Several Stelzig creations, all beautiful and ornate, are found in the Bryan collection.

Also within the exhibit, find vintage post cards depicting cowboys and cowgirls of Wild West shows, as well as portraits and other artwork pertinent to early working cowboys. A section dedicated to the Black cowboy and an adjacent display focusing on cowgirls give greater dimension to the diversity of people who worked in the saddle.

More impressive saddles— including one dating from 1810 and another from an 1874 cavalry unit—are found in one of the museum’s first floor galleries. Saddle Up Cowboy! remains on view until early December.