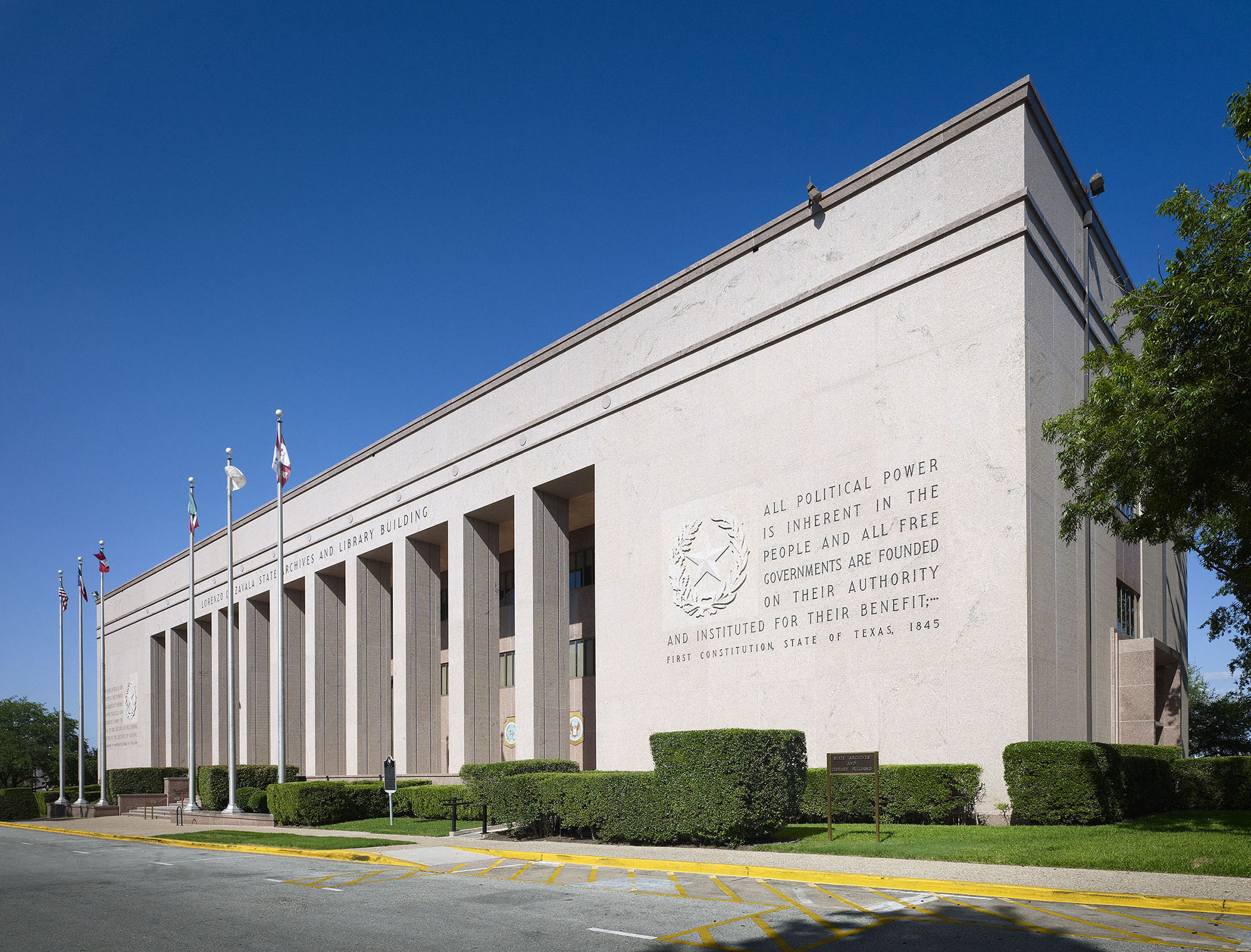 The State Library and Archives are located in a building just a stone’s throw from the Texas State Capitol. Photo courtesy Lorenzo de Zavala State Archives and Library.

A Texas trivia question: Where would you go to find reports from state hospital inspections in the 1950s and ’60s? What about before-and-after photos showing how the construction of the Central Expressway transformed Dallas’ landscape? How about original maps plotting the design of Texas’ state parks? Stephen F. Austin’s hatchet?

The answer: All are stored in the Lorenzo de Zavala State Archives and Library Building, a stone’s throw from the Texas State Capitol. Since the building opened to the public in 1962, it has served as the state’s filing cabinet and treasure chest, housing archival records of state government as well as notable historical documents such as the Texas Declaration of Independence. Its name honors the first vice president of the Republic of Texas.

The research library offers a few services to the general public, including housing an extensive collection of books on Texas history, culture, and ecology, some of which can be loaned to other libraries, and providing free resources on-site for people researching their family history. Primarily, though, it serves patrons who want to investigate a specific historical topic. By painstakingly poring over the letters, memos, newspaper clippings, and budget documents, researchers can figure out the major issues and key players in any division of state government in almost any era of the past.

Address: 1201 Brazos St.
Phone: 512-463-5455
Hours: For researchers, 9 a.m. to 4 p.m. Monday through Friday and the second Saturday of each month. The building’s lobby and exhibits are open from 8 a.m. to 5 p.m. Monday through Friday.
Website: tsl.texas.gov/visit
Tip: Before you go, talk with a staff member about your subject to find out what resources are available.

Still, Texans can enjoy the archive even if they’re not on a historical quest. The State Library and Archives staff design exhibits that highlight some of the more accessible and intriguing documents. On a recent visit to the building’s lofty lobby, I gazed up at Texas Moves Toward Statehood, a monumental historical mural by artists Peter Rogers and Peter Hurd that spans the room’s back wall. Then I perused the items showcased in Texas Governors and Their Times, 1846-1946, which interprets Texas history through the official records of the governor’s office. The exhibit is on view in the lobby until May.
Subscribe to Texas Highways 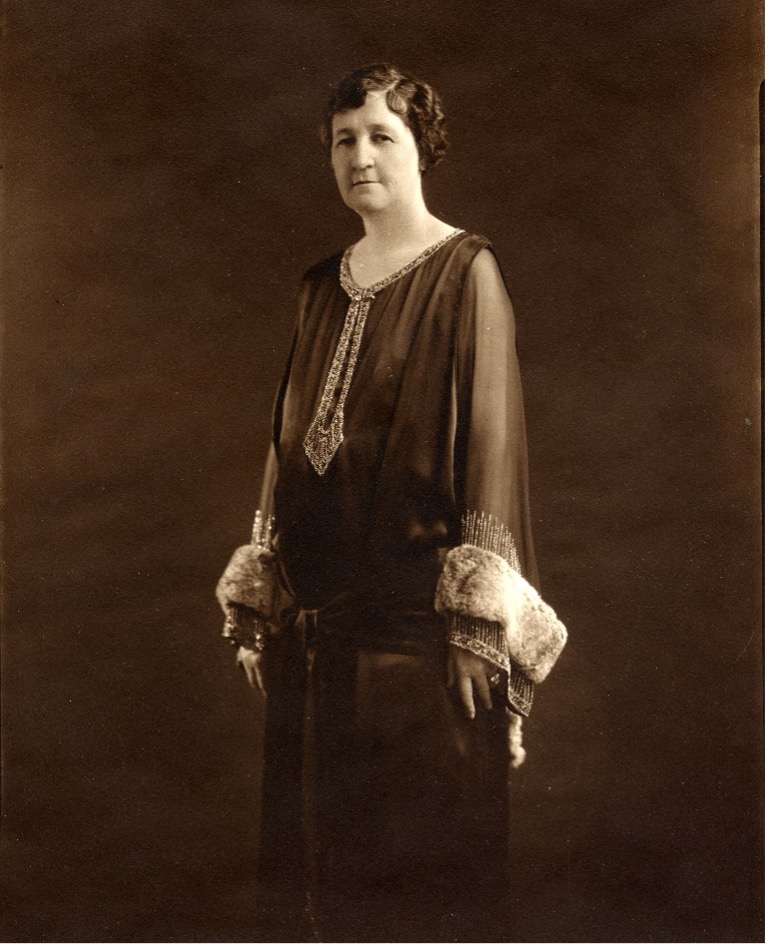 One display case is dedicated to some of the bigger personalities who have held the office. (“There is a lot of competition,” says Peggy Price, the education and outreach coordinator for the Archives and Information Services Division.) One controversial pair were James “Pa” Ferguson, who held the office from 1915 to 1917, in the days when governors were elected to two-year terms, and his wife, Miriam “Ma” Ferguson, who served from 1925 to 1927 and from 1933 to 1935.

James holds the distinction of being Texas’ only governor to be impeached, and Ma was the state’s first female governor. After James’ impeachment, some months into his second term, he was barred from holding public office. But he continued running—for governor, for president, and for U.S. senator. Finally, he ran a successful gubernatorial campaign for his wife, who promised “two governors for the price of one.”

The Fergusons pardoned what many Texans considered an excessive number of people who had been convicted of crimes—Ma Ferguson averaged 100 pardons per month—and many people thought the couple were accepting kickbacks, although the allegations were never definitively proved. The lobby display includes letters to the governor from citizens concerned about the criminal element returning to the streets.

The exhibit also presents materials about the governorship of W. Lee “Pappy” O’Daniel (1939-1941), who rose to fame for his radio promotions of a flour company and his musical radio show. O’Daniel, who inspired the character of the Mississippi governor played by Charles Durning in the 2000 film O Brother, Where Art Thou?, was an ineffective governor but a master showman. The exhibit features a cartoon of him with his band, the Hillbilly Boys, which was wildly popular with rural audiences even though O’Daniel himself didn’t particularly like that style of music.

The lobby exhibit also is available online, so Texans who can’t visit in person can still peruse the archival documents. In fact, the State Library and Archives website is a fascinating place to while away a lunch hour or two. You can delve into the contents of past lobby exhibits about subjects including women’s suffrage, Texas food and cooking, and the early days of the state park system. Other online-only exhibits—more like short courses in Texas history—explore the development of Texas highways and the history of the state’s prison system.

The Texas Treasures online exhibit gives context to the 19th century documents Price says dominate the public imagination: a copy of the Texas Declaration of Independence, for example, and William B. Travis’ “Victory or death” letter calling for reinforcements at the Alamo. (For more, see Texas Highways writer-at-large John Nova Lomax’s story about the letter’s lasting impact here.) 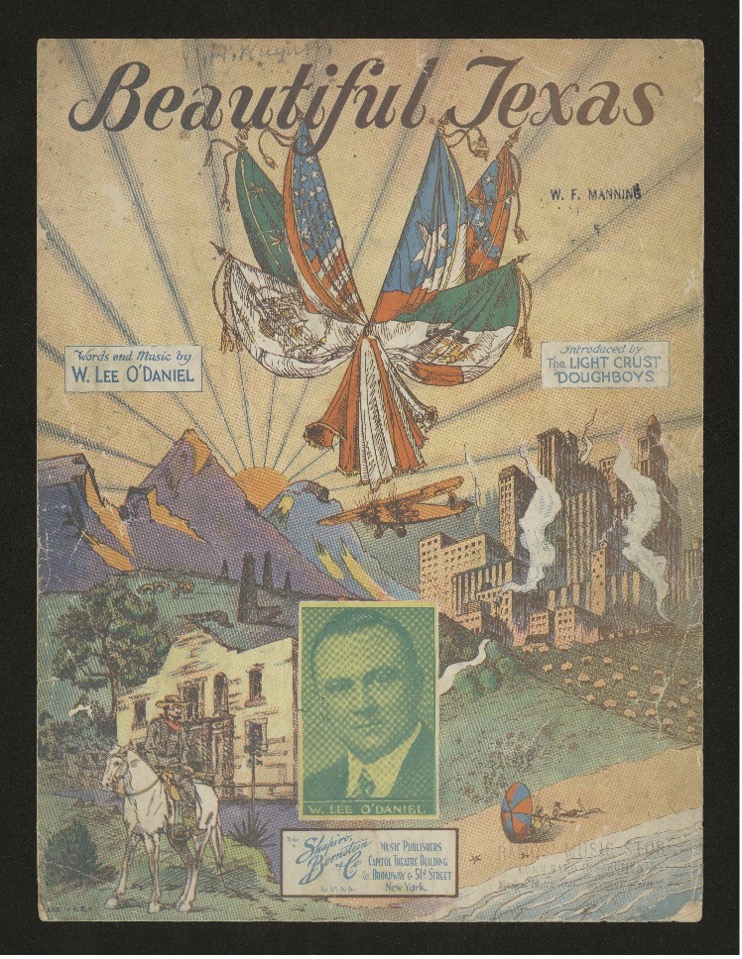 The Texas Digital Archive, which offers access to the electronic collections of the State Library and Archives, is an equally rewarding internet rabbit hole full of court case files, photograph collections, and state agency records. The photos taken by the Texas Tourist Development Agency, a mid-20th-century initiative to encourage travel in Texas, are an entertaining time capsule. Armchair travelers can view images of underwater performers at Aquarena Springs in San Marcos, the 1971 Ennis Polka Festival, and Grand Prairie’s Southwestern Historical Wax Museum, which—until it burned in 1988—staged notable scenes from Texas history. Other photos depict vintage fashion alongside vintage foods meant to convey the elegance of Texas dining.

The Tourist Development Agency photos are a favorite diversion for Caroline Jones, a reference archivist at the State Library and Archives. Another is a page of notes someone—historians don’t know who—took during the Texas Constitutional Convention of 1845. Above the lines written in elegant script, the page is decorated in doodles: drawings of a tree; a man lying in bed; and a man in a top hat throwing up, captioned with the words, “Drunk again.” It cracks Jones up. “It just shows that people haven’t changed,” she says. “You doodle in school, and you doodle during your convention, I guess.”

Jones says working with the documents brings history to life in a way that reading books about the past does not. “I’m getting to touch letters that were written back and forth from members of Congress when Texas was a republic, or handle drafts that the governor wrote of a specific document,” she says. “I get to physically hold and touch and read the original item, rather than just a copy of it.”

She also gets to witness other people’s excitement when they have such a direct encounter with history. A person might come in to do genealogy research and end up holding the actual military roll an ancestor signed when he reported for duty.

“You’re getting to touch it and witness it for yourself,” Jones says, “even though it happened so long ago.”