Since opening in downtown Fort Worth in 1925, the shop has been a place to browse for books and meet other bibliophiles 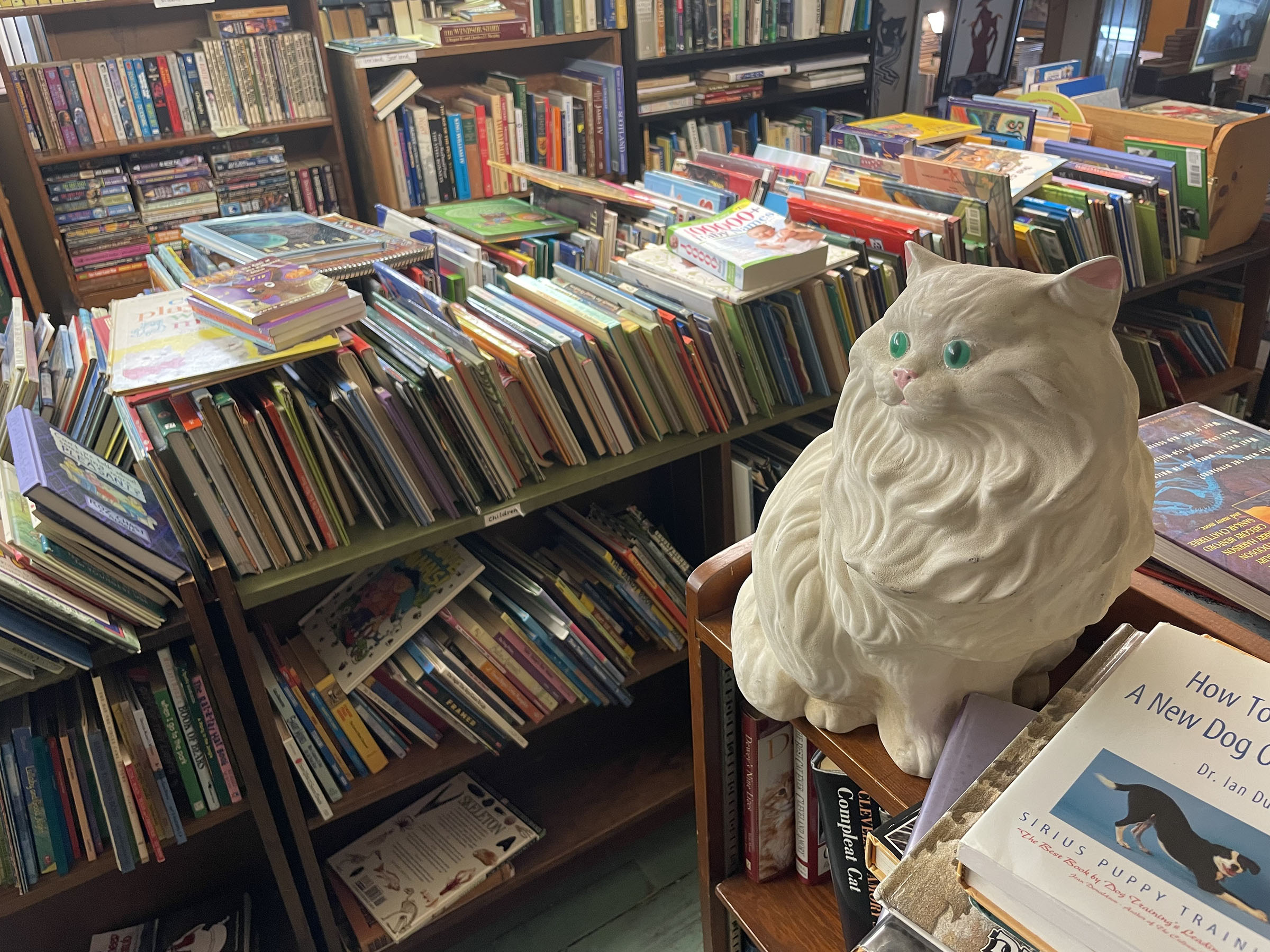 When Bert and Alice Barber opened their downtown Fort Worth bookstore in 1925, they were just two high school sweethearts from Nebraska with a dream to own their own business. By 1931, however, the marriage had ended, and Alice was left alone to raise their three young children and run the shop as the Depression raged on.

Had Alice been able to see into a future where books could be delivered by drone or read using a cellphone, it would have been impossible for her to predict how long her store would survive. Yet, 97 years after it first opened, Barber’s Bookstore is not only one of Fort Worth’s most beloved icons but also the oldest independent bookstore in Texas.

Barber’s moved locations a couple of times before settling in its current home, a three-story structure wrapped in a worn Art Deco facade located at the corner of Throckmorton and Eighth streets. Built around 1908, the building has played host to several incarnations of hotels, cafes, and possibly one bordello.

Adding to the mystique is the store’s ghost who has made its presence known with flickering lights, books thrown to the floor, and the sound of booted feet stomping on the stairs to and from the third floor—the former site of the Adams Hotel. The upper spaces have been repurposed as storage for some 60,000 extra books, but the old hotel room numbers are still visible on each door frame.

The Barbers sold the bookstore to Brian Perkins around 1960 or ’61. The new owner’s son, Brian Perkins Jr., a computer programmer for 40 years, took over the store after his father died in 2019. While unsure how much of a bibliophile his father was before buying the shop, Perkins says he “definitely acquired a keen appreciation of books” when he did. “[My father] said one time he got into books because if no one will buy your books you can always take them home and read them,” he adds.

Perkins recalls a childhood spent working and learning his father’s technique for categorizing. He believes the shop’s perfectly imperfect organizational system only enhances the shopping experience. “I know where everything is, but it’s all arranged in such a way that you might find a book you didn’t even know you wanted—sort of like a treasure hunt,” he says. 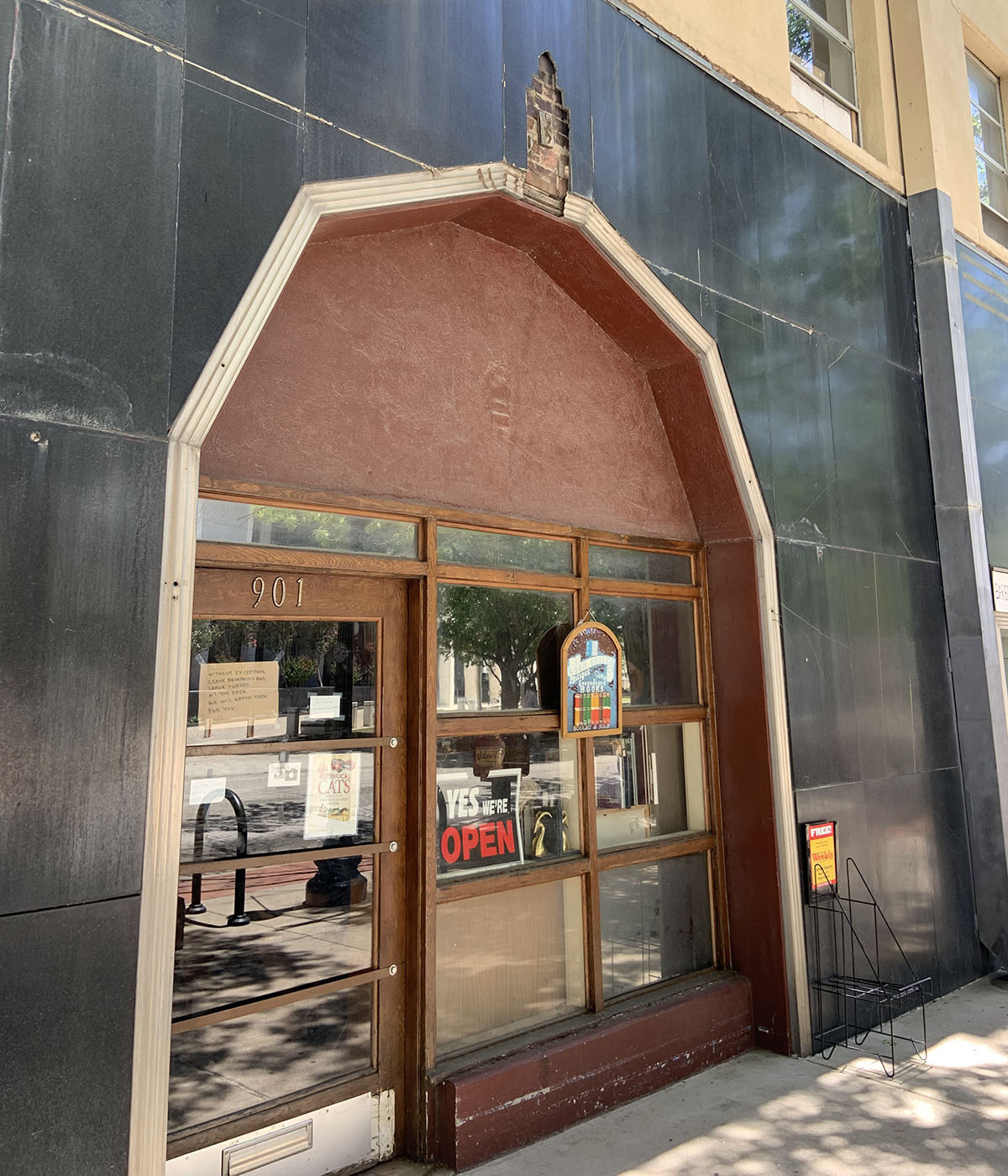 The term “organized chaos” applies here as bookshelves of every make and height create narrow aisles that twist and turn along the concrete floor—sort of like a corn maze except with thousands of old books. The first floor’s 15-foot-high ceilings and big windows hearken back to a time before central air, which adds to the quirky charm Barber’s is known for.

“The best way to escape everything else is to come into a place like this,” Perkins says. “You get to travel back 20 or 30 years and forget about what’s outside.”

Belinda Willis, a long-time patron, agrees. “I used to work downtown and I would walk over on my lunch hour,” she says. “I loved that nothing was brand new and shiny. I felt very comfortable because I knew I could find just about anything I wanted.”

That said, charm and nostalgia can’t keep the doors open, as Perkins and many other small business owners would attest. “There are definite advantages to holding a shop open, but you still need a revenue stream,” he says.

As a result, three-quarters of the bookstore’s sales come from online orders, which kept things going as the pandemic spelled the end for other businesses. “Online shoppers have helped us a lot, but now I’m competing with every guy with a garage of books to sell,” Perkins says.

A cafe now leases a portion of the old store, and so the Eighth Street entrance belongs to them. Barber’s patrons enter from a side door on Throckmorton. This has frequently offered the mistaken impression that the store is closed, an idea that took root in 1997 when word got out that author Larry McMurtry purchased the entire inventory from Perkins’ father, with the intention of selling the merchandise at his Archer City shop Booked Up.

“He got all the books inside the walls—10 truck’s worth,” Perkins says, laughing. “Once emptied, dad just brought more books from home and then continued buying more.”

Independent businesses are a special breed, and bookstores are no exception. “One of the things I collect are promotional bookmarks from extinct bookstores,” Perkins says. “Guess what? They’re all extinct now. Connections, Evergreen, Book Oasis—they’re all gone. The lesson is, don’t get bookmarks for your store. It’ll curse it.”

He intends on avoiding that fate as best he can for as long as he can by maintaining the store the way his dad did, promoting it with “Tales from the Book Trade” on the shop’s Facebook page and, of course, no bookmarks. Alice Barber no doubt would approve.