How 3 Companies Are Putting Ranch Water in a Can

Can the trendy drink compete with extremely popular spiked seltzers? 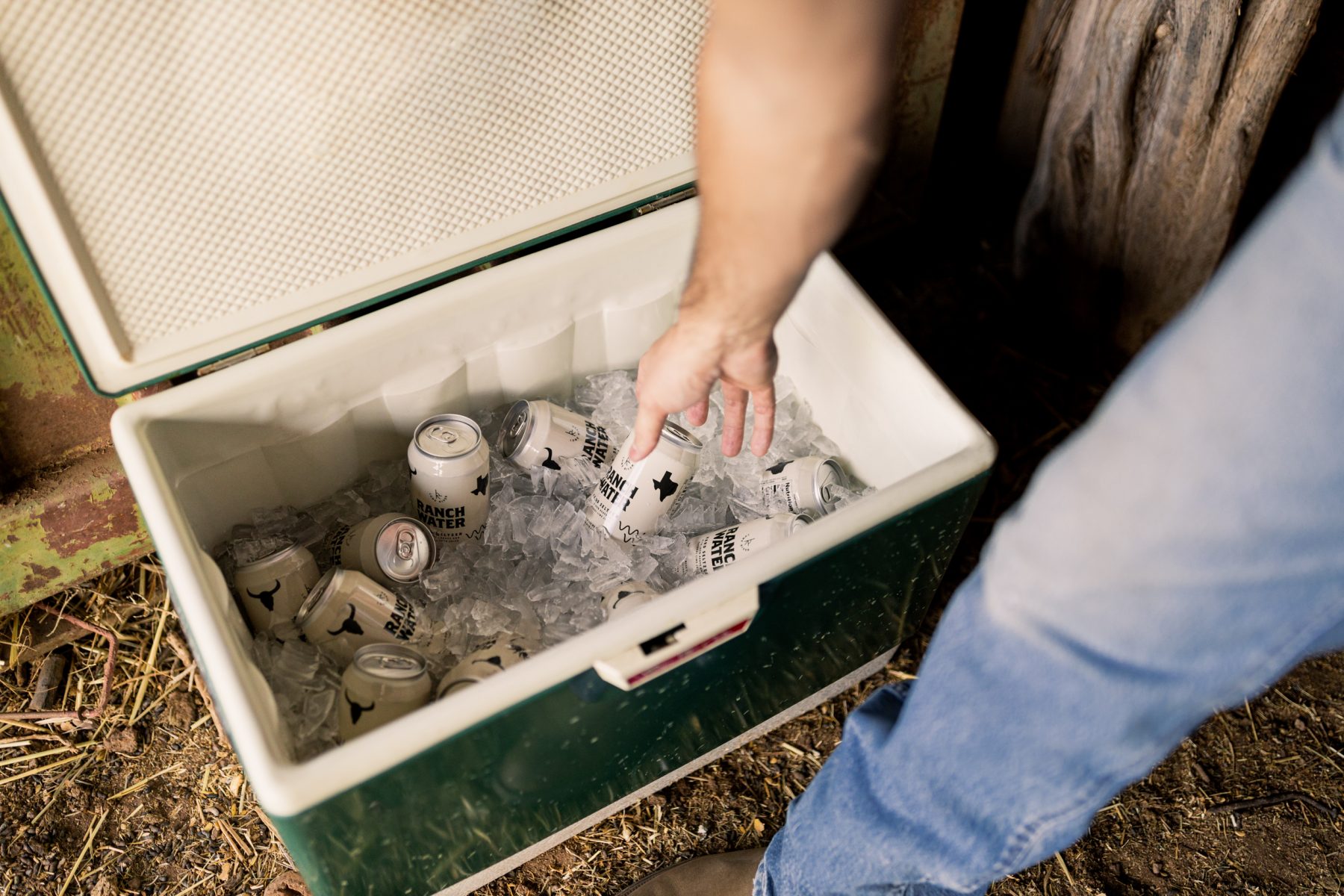 Lone River Beverage’s canned Ranch Water is one of three brands to hit the market in the past year. Photo by Travis Hallmark.

It’s nearly impossible to escape spiked seltzers. Everyone from frat boys to their moms are devoted to brands like White Claw, Truly, and Bon & Viv, which offer low-calorie, fruity, and bubbly malt beverages in a can. It’s caused such a stir, that big beer companies like Natural Light, Corona, and Bud Light have released their own lines of spiked seltzer.

Now three companies have given the trend a Texas twist with canned ranch water. Ranch water has its own murky rise to popularity. The simple mixed drink of tequila, lime, and sparkling mineral water started as the preferred beverage of West Texas ranch workers and Marfa dive bars (although Austin’s Ranch 616 claims the original), and then it sprung up in every major city in Texas and now appears on grocery store shelves. Canned ranch water, unlike mass market spiked seltzer, avoids the cloying, too-sweet taste while still packing a refreshing punch.

Austin-based Shotgun Spiked Seltzer made its debut in November 2019. Founders Lori and Brad Foster, who each spent 25 years in the beer business with companies like Miller and Coors, first fell for ranch water when it was introduced them by their Midland friends. “Brad and I decided to make a seltzer version,” Lori says. “The trend toward better-for-you option of hard seltzers made this a winning combination.” Their Ranch Water joins a selection of their other spiked seltzers, which include flavors like Bramble (blackberry and lemon) and Sunset 77 (mango and passionfruit), that can all be found at Whole Foods Market, H-E-B, and Spec’s. “Earlier this year, Brad predicted there would be at least seven new ranch water seltzers in the market by the end of 2020,” Lori says. “Competition is a good thing in that it educates consumers to options available.” 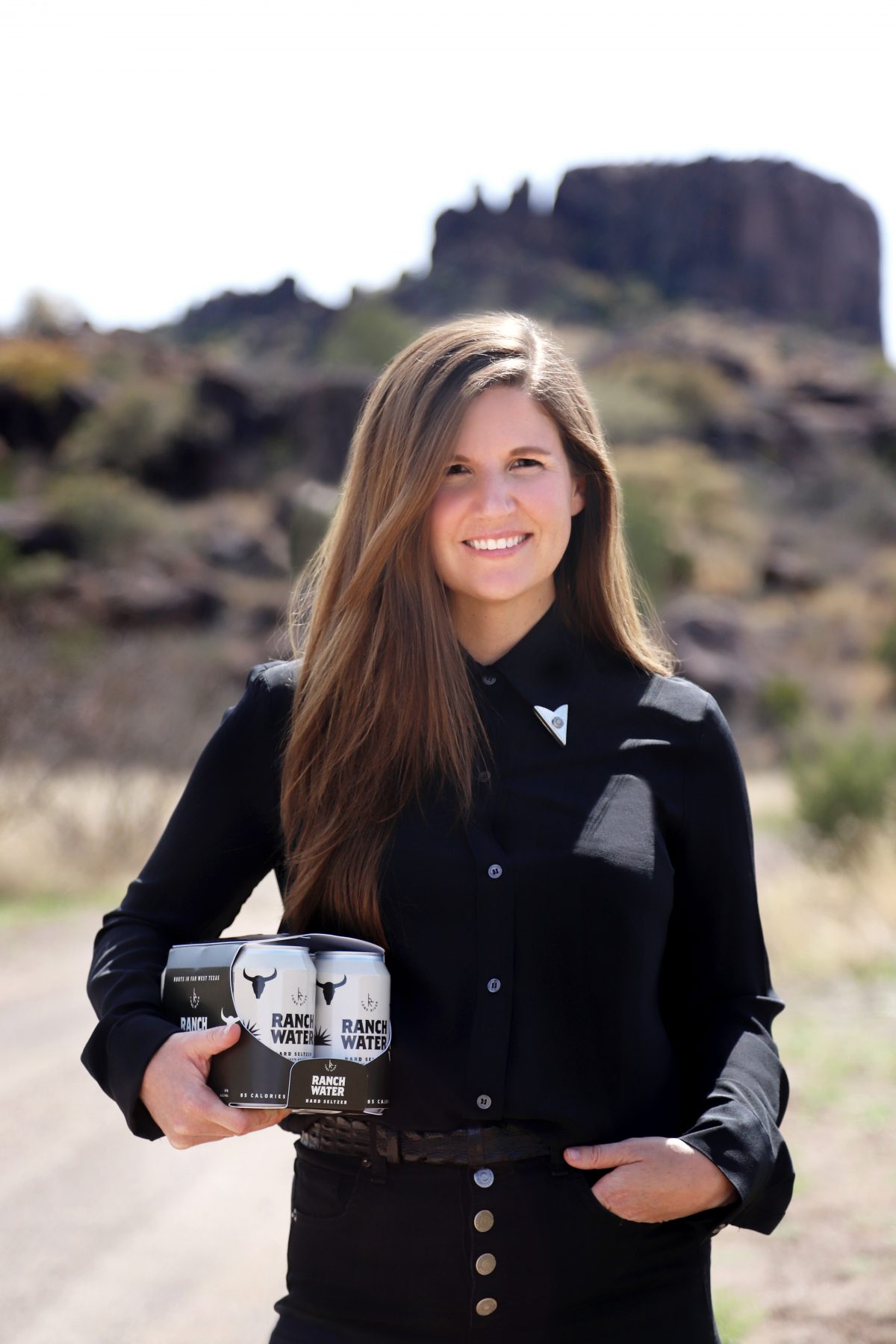 And there is plenty of competition indeed. Houston-based Lone River Beverage’s Ranch Water debuted in early 2020. Owner Katie Beal Brown, a West Texas native, remembers folks in her ranching family drinking ranch water all her life. After graduating from SMU and moving to New York to work at an ad agency, she eased her homesickness by making ranch waters. “It was a taste of home and almost a badge of my Texan-ness,” she explains. “I loved introducing it to people in New York because I could share more of where I came from.” She eventually moved back to Texas and turned her heritage into a business. You can find the brand—with a label design inspired by ranch brands—at Central Market, H-E-B, and Total Wine & More. This fall, new flavors like Spicy Ranch Water, made with jalapeño, and Rio Red Grapefruit Ranch Water, will join the line. 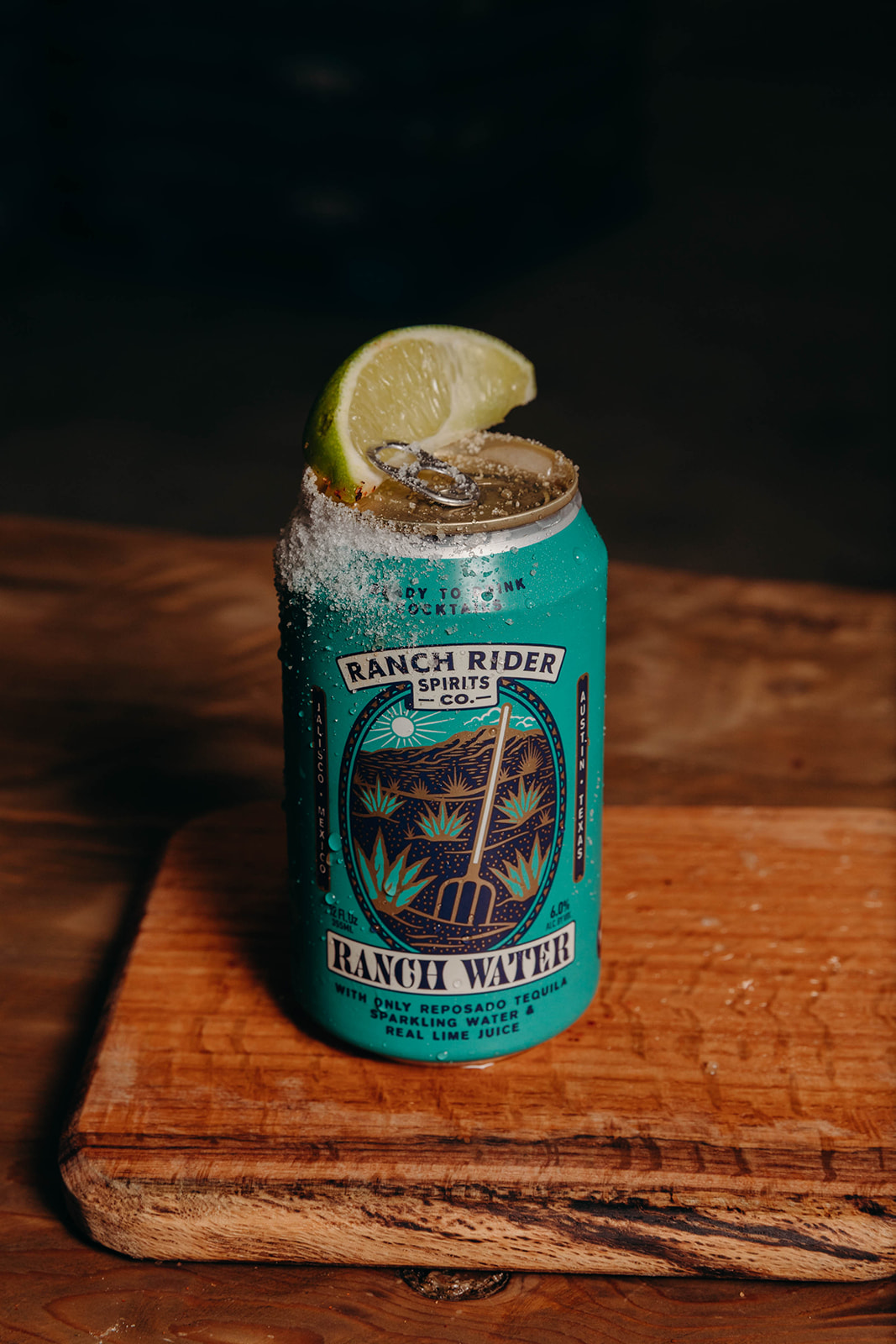 While the previous two canned ranch waters are made with sugar-based alcohol, Austin’s Ranch Rider Spirits Co. is made with real tequila. Co-creators Quentin Cantu and Brian Murphy were fellow MBA students at the University of Texas when they decided to create their own healthy food business. That led to Ranch Hand, their food truck with a nutrition-focused menu—and a thirst for end-of-shift libations not loaded with sugar and carbs. “We loved the ranch water flavor profile and experimented with recipes that varied the amount of lime juice and kinds of tequila,” Murphy says. “Wanting to exclude sugar but incorporate a little sweetness, we like reposado tequila, which ages in oak and provides a sweet element.” In 2019, they served their ranch water at a SXSW catering gig, and received positive feedback. “We spent most of last year working on just that,” Murphy explains. After launching in January, the owners found that demand skyrocketed during the onset of the COVID-19 pandemic. Because Ranch Rider is a true cocktail-in-a-can, it’s only available in liquor stores and restaurants, but not grocery stores. Other drinks Ranch Riders produces are the Tequila Paloma, made with reposado, sparkling water, and a blend of citrus juices; and The Chilton, made with vodka, seltzer, lemon, and salt.

Whether ranch water will become a national phenomenon like spiked seltzer remains to be seen. But there’s no doubt that it’s a Texas delicacy. “Ranch water is such a part of our culture in West Texas—a real representation of the people there,” Brown of Lone River Beverage says. “When I thought about the hard-working ranch people, I wanted a drink that celebrates the roots of that legend and our family heritage.”