The garden in Hempstead features an incredible varitey of plant species, including many rare plants 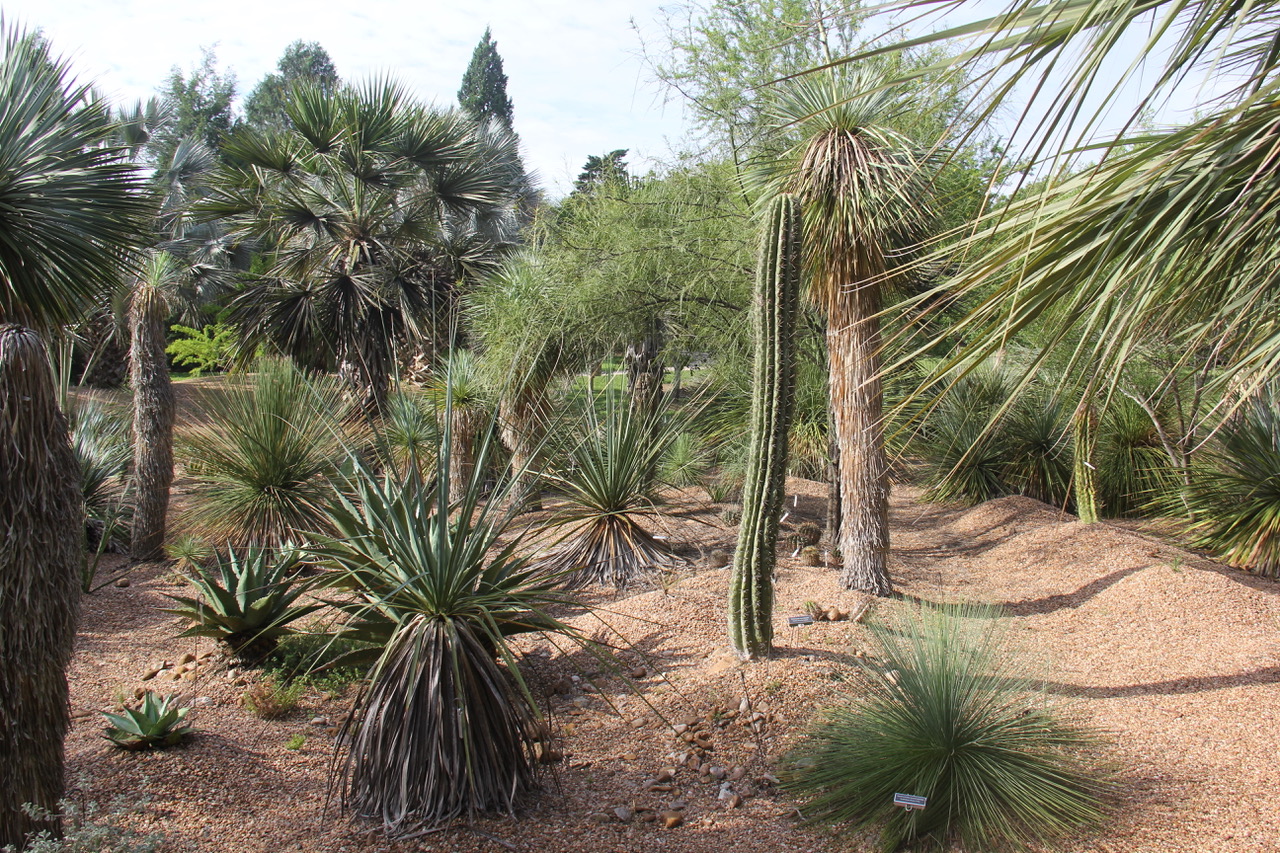 The south dry garden, featuring a Nolina nelsonii in the front. Photo by Jenny Staff Johnson.

Randy Twaddle says the light at the John Fairey Garden is best in the morning. “The light filters downwards,” he said. “It starts in the tops of the pines, then the yucca blooms become illuminated, and then the understory. There are constant moments where the light has found its way.”

Twaddle is the new executive director of the John Fairey Garden, a 40 acre property of 3,000 trees and plants, many rare—including 1,000 individual species. The garden has been closed due to COVID-19 concerns, but will reopen from 9 a.m.-1 p.m. on June 20 and by appointment with 24 hours notice. They will also have open hours July 11 and 25—check their website for further details. The garden’s name was recently changed from Peckerwood, a reference to the novel Auntie Mame, to honor the legacy of its founder. Texas A & M professor Fairey bought the property, about an hour northwest of Houston, in 1971. He nurtured and developed the garden across the decades until his death in March of this year. 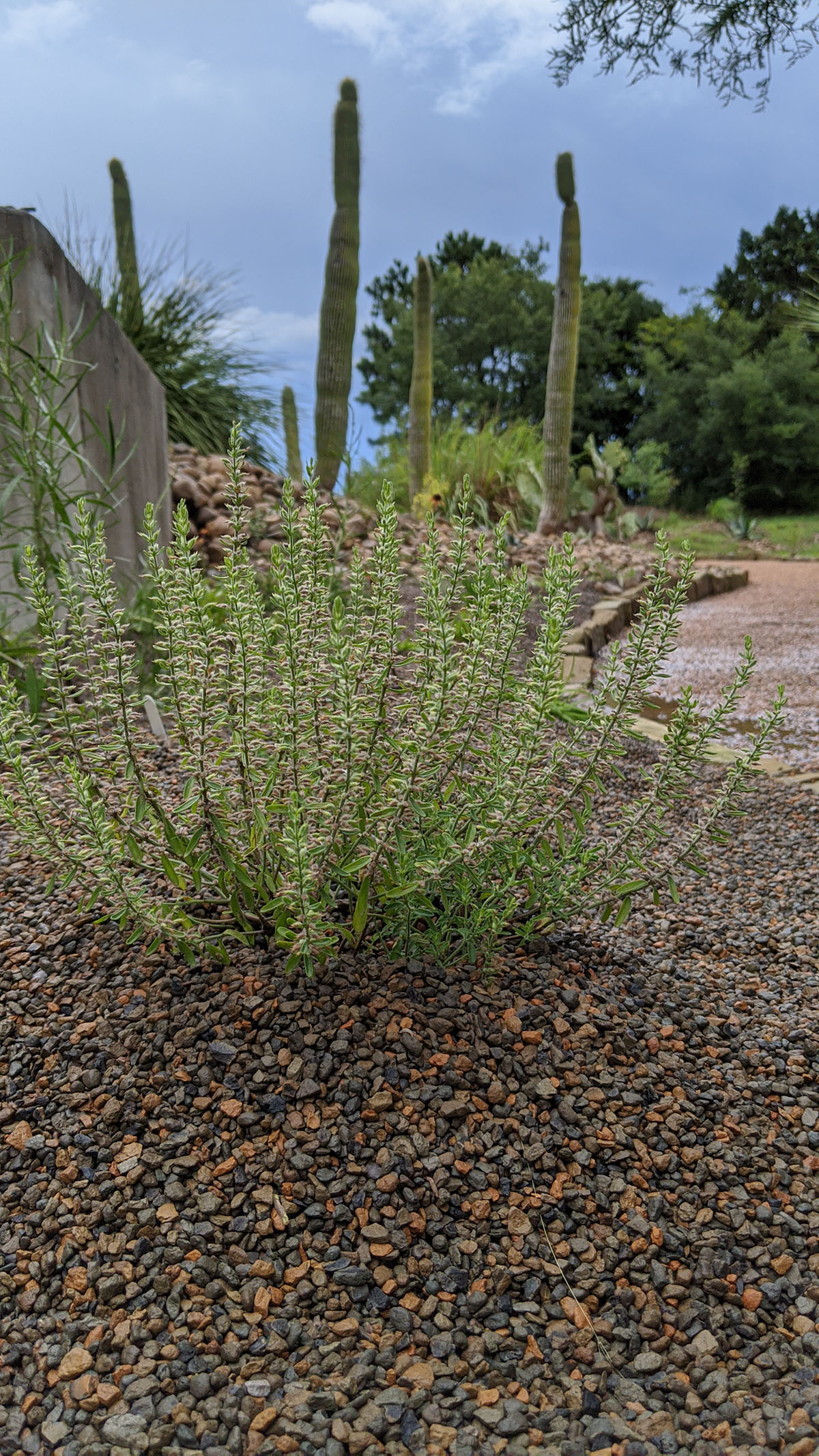 A dry garden, a stand of giant palms, rare Mexican magnolia trees, a berm of oaks—including some not yet described by horticulturists—the garden is a landscape of intriguingly arranged shapes, combinations of plants sited with loving precision by Fairey himself. It’s a landscape whose power takes time to absorb. The garden is internationally known, a part of the nonprofit Garden Conservancy, and listed at No. 3 on online gardening mecca Gardenista’s 100 Gardens to Visit Before You Die, a global listing of the world’s most breathtaking plant pilgrimages. The result of one man’s sustained pursuit of an idiosyncratic vision, the garden falls somewhere on the spectrum between Houston’s Beer Can House and James Turrell’s Roden Crater. At first glance, it might not seem as spectacularly eccentric as those pilgrimage sites. But look closer; watch the play of light on the leaves. The spectacle is there.

Fairey, raised in the American south, originally established Peckerwood as a southern-style garden. His life changed in 1988 on a trip to the Sierra Madre Oriental range in northern Mexico, where several climate conditions and ecosystems converge—as they do in the Hempstead area. Fairey went on to make over a hundred trips south of the border, studying plants and bringing back seeds. Today, the garden contains many species that are critically endangered in Mexico.

In addition to being a plantsman and professor, Fairey was a painter—and he created his leafy sanctuary with an artist’s attention to materials and form. He lived in Houston for years, until the commute to A & M became too onerous and he bought the Hempstead property. The garden has long maintained ties to Houston’s creative community. Before he died, Fairey commissioned a new bridge for the garden by Houston’s Metalab, winners of the recent competition to redesign the barges for the San Antonio Riverwalk. A mural by artist Dixie Friend Gay is also in the works. Like Fairey, executive director Twaddle maintains a practice as a visual artist and appreciates Fairey’s vision: “the garden is an endless source of elegant and surprising shapes,” he said. Twaddle also cofounded communications firm ttweak, known for the Houston It’s Worth It marketing campaign, focused on reasons to love Texas’ largest and most diverse city.

Though the garden has long been a “mecca for plant nerds,” Twaddle is planning new programming for the garden with the goal of expanding its audience, He hopes to entice city dwellers, who perhaps for the first time in the era of COVID-19  are seeking a stronger connection with nature. Plans include additional walking paths and an expanded repertoire of tours and talks. “I would like for people to be able to have some contemplative experiences out here,” he said. And he’s excited about unlocking the garden’s significant unused potential: “It’s like a Ferrari that’s been driven in first gear.”