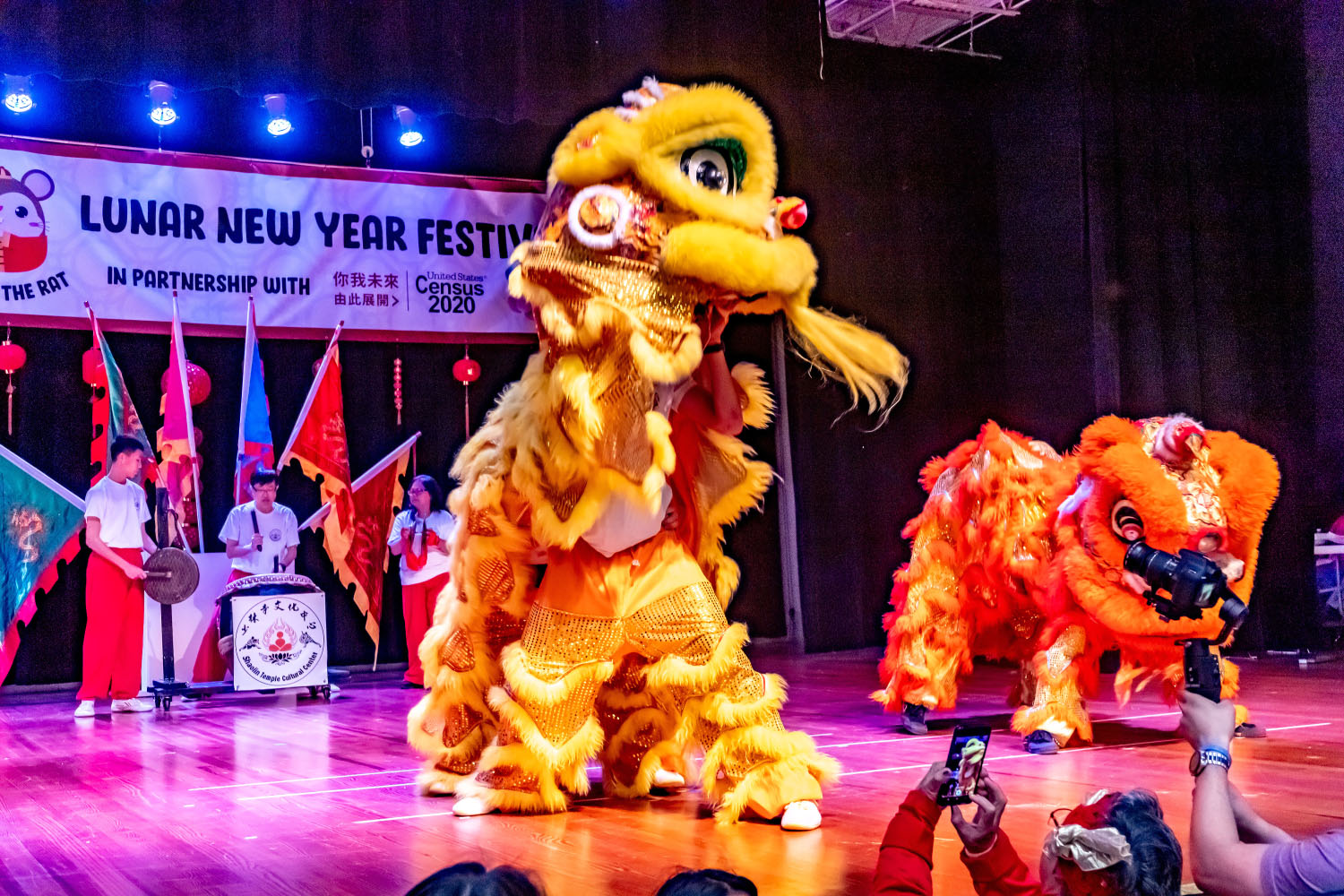 Friday marks the start of Lunar New Year, the annual two-week celebration of the new Chinese lunisolar calendar. Occurring around the same time as Chinese New Year, the holiday is commemorated in several countries throughout Asia, including China, Vietnam, Thailand, and Korea.

Here in the United States, Asian American communities welcome everyone to celebrate the holiday through traditions that include dragon dances and fireworks. For many, though, Lunar New Year is more about spending time with family and enjoying customs like the giving of red envelopes while feasting on fish dishes and dumplings.

The Lone Star State is home to about 1.5 million Asian Americans—the third largest Asian American population in the country—so there are usually many opportunities to enjoy Lunar New Year. This year, many organizations, like the Asia Society of Texas and the Chinese Community Center in Houston, have had to adjust with virtual formats for their events.

In honor of the season, we asked three Asian Texans to share their memories of the holiday and offer some of their favorite ways and places to discover Asian culture and food across the state. 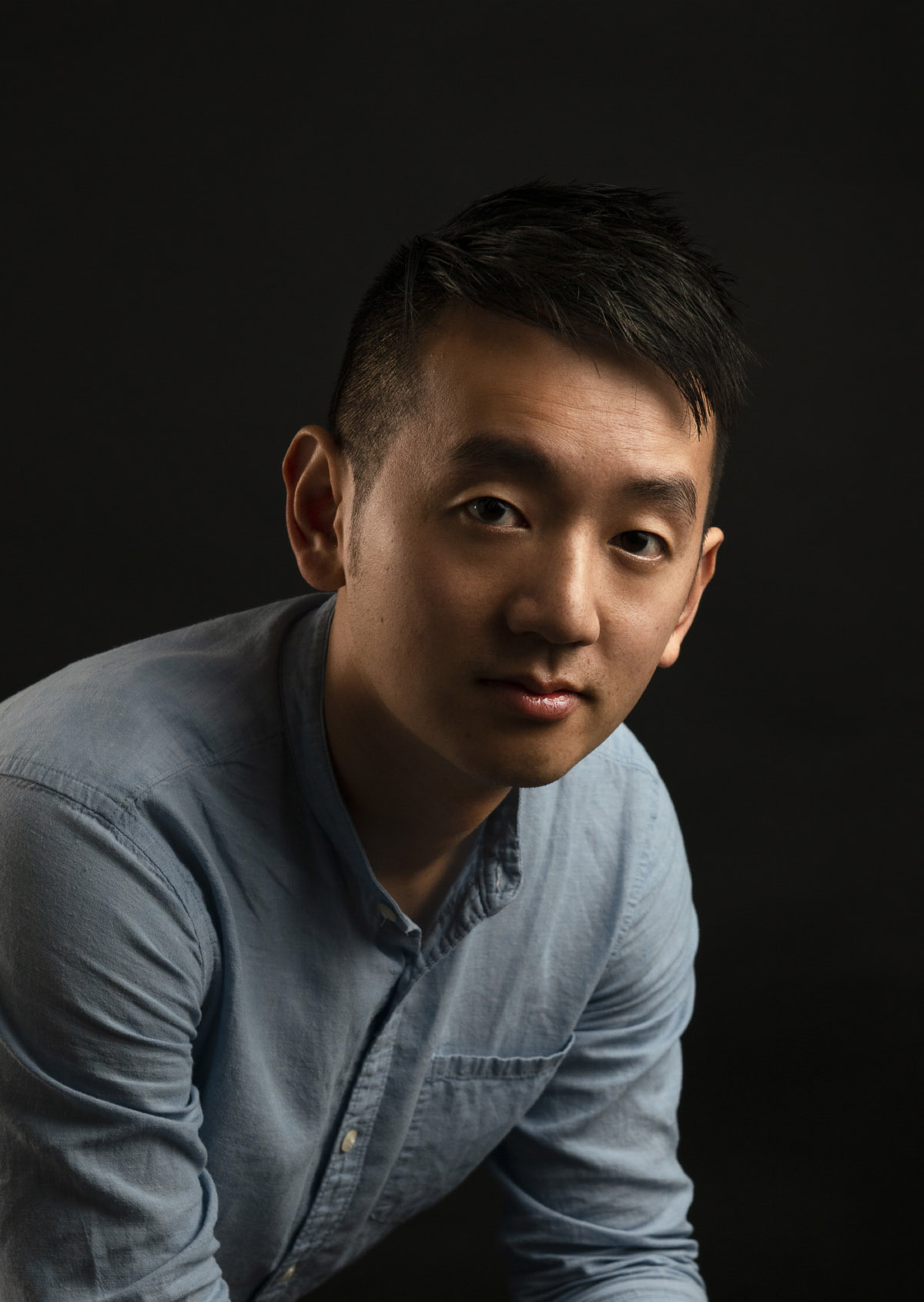 A resident of Carrollton, Han is the author of Nights When Nothing Happened, named one of the best books of 2020 by Time, The Washington Post, and Texas Highways. Han was born in Tianjin, China, but grew up in Texas.

What’s your favorite Lunar New Year memory? I grew up in the Dallas suburbs. My memories of Lunar New Year tend to blur together. My family would usually do something low-key at home, like eat dumplings and noodles. All my memories involve food.

What’s your favorite way to celebrate the Lunar New Year today? I think a great way to celebrate would be to support Asian-owned restaurants struggling through the pandemic. If you live in the area, there’s a Facebook group called “Asian Grub in DFDUB” that’s always spreading the word. I live in Carrollton (north of Dallas), and I’m surrounded by different shopping plazas packed with Asian restaurants. But I always find myself returning to the original Chinatown in Richardson.

What’s your favorite dish at an Asian restaurant in your hometown or other Texas city? My go-to spot in Richardson’s Chinatown is First Emperor, where my family and I order the same three dishes: Sichuan dry fried string beans (干煸四季豆), fish with pickled cucumber (酱瓜鱼片), and a double portion of shredded pork with bean sauce (京酱肉丝). Then there’s the dim sum at Kirin Court, famous for Lunar New Year, Moon Festival, and wedding receptions. Attending these as a kid, I’d pass out over two chairs as the adults went on talking and singing. As a teenager, I once met China’s national basketball team at Kirin Court. I got Yao Ming’s autograph, but he hadn’t started on the Rockets yet. I was way more pumped to meet Wang Zhizhi of the Mavericks. The six points he scored in his first game against the Hawks remains one of my clearest basketball memories. 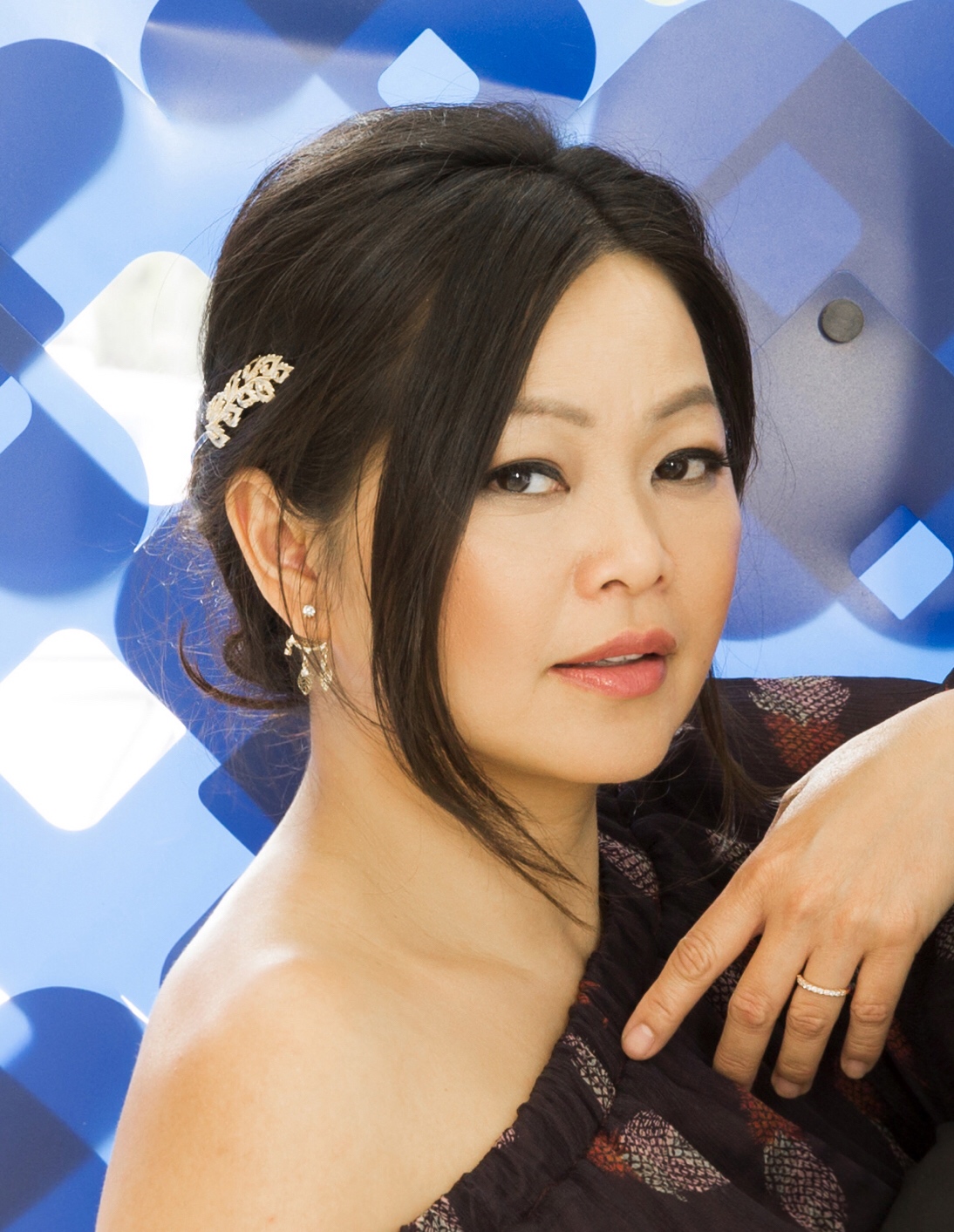 Dao, a fashion designer, is the owner of Dao Chloe Dao Boutique in Houston, and winner of the second season of 2006 season of Project Runway. Born in Laos to Vietnamese parents, Dao and her family moved to Texas when she was around 10.

What places in your hometown would you recommend for someone wanting to learn more about Asian culture in Texas? In Houston, go down Bellaire [Boulevard]. It’s an endless row of Asian culture. It’s not just Vietnamese culture. It’s Chinese, Filipino, Malaysian, you get the whole continent. Bellaire is a long street and it’s so expansive right now. I’ve been back for 15 years after living in New York, and Bellaire is huge and changing and growing. I don’t even know where it ends now.

Do you have a favorite Asian cultural hidden gem in Texas? There’s a bahn mi sandwich place, Thim Hing, that has the most delicious bahn mi. The other bahn mi places don’t have anything on them. They’ve been around since I was in college. It’s dirt cheap, and they only take cash. I introduced it to one of my interns and she said, “I dream about it.”

Anything else people ought to know about Lunar New Year? It’s a celebration that I think all cultures would love because it’s all about receiving money, food, and starting fresh again. In America, you have Jan. 1, and then you get a second chance on Feb. 12. Embrace any culture that gives you a new beginning, so why not do it twice? 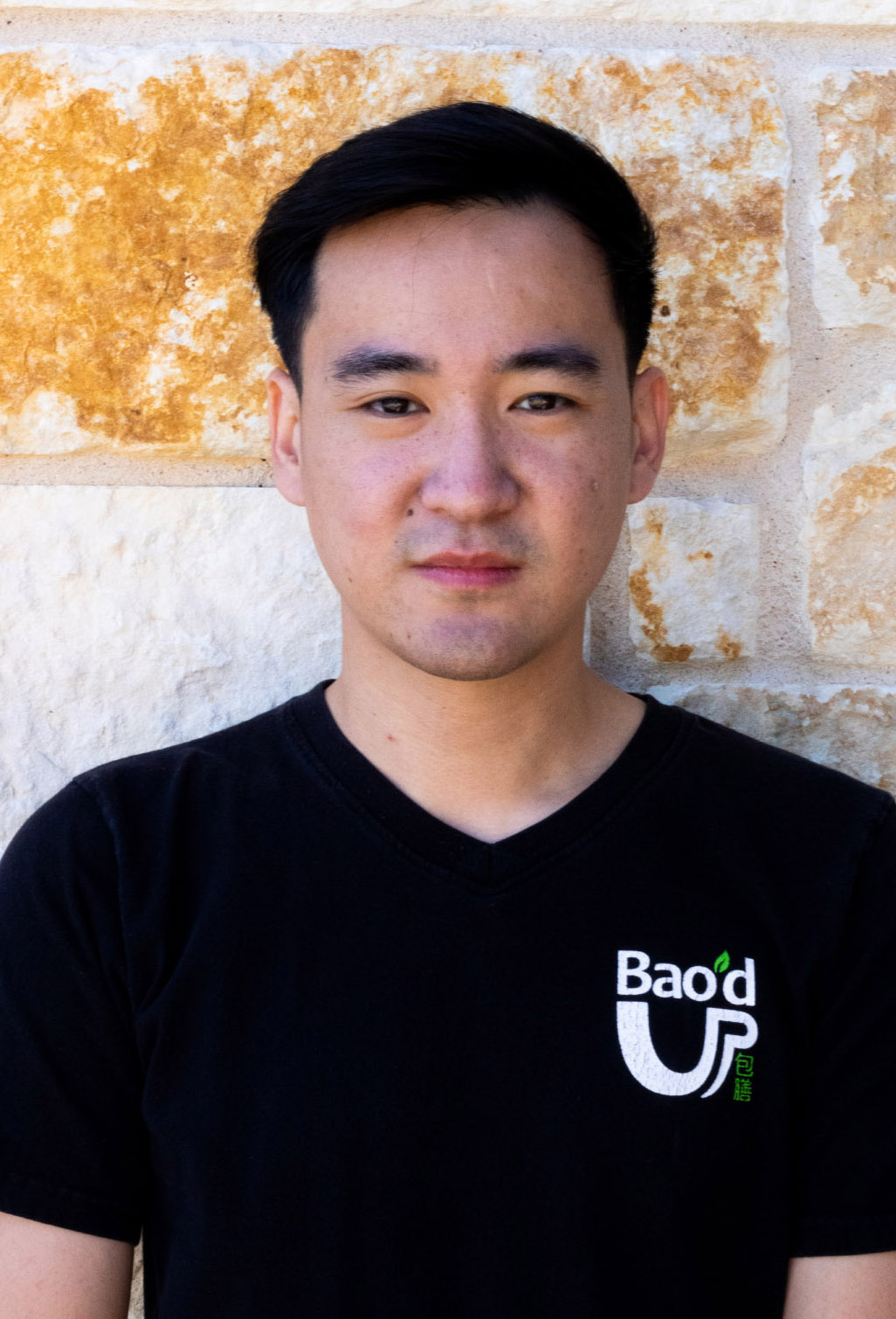 Tran is director of operations for Austin-based Bao’d Up, a chain of restaurants that serve traditional Chinese steamed buns. Tran’s family comes from the Teochew community of China.

What’s your favorite memory celebrating Lunar New Year? When I was growing up in Austin, my family would have large gatherings to watch lion dances near the Hong Kong Supermarket near Research Boulevard while loud firecrackers and drums were bustling in the distance. We would get dim sum or go to Din Ho Chinese BBQ and eat huge eight course meals on Lazy Susan tables while greeting many relatives and receiving red envelopes. Red envelopes, which are called hóngbāo, contain money that is given by our elders and represents good luck and prosperity in your life. It’s most common in East Asian cultures.

What places do you recommend to learn more about Chinese culture/heritage in Texas? I would suggest checking your local associations that correlate to Asian heritage or take some time to visit temples and learn about their practices and teachings. From time to time, I usually visit Fo Guang Shan Xiang Yun Temple (Chinese Temple) or Thien Hau Temple, which hosts the Teochew community. The Teochew community is a different group of Chinese people who speak different dialects of Chinese and migrated from north of China to many different parts of Asia, and this is where my origin is from.

What advice do you have if someone wants to visit a temple? If you are new to visiting a temple, I would check around if someone can direct you on a tour around the facility. If you do enter the main building where others pray, be mindful and respect the people who are around you who usually visit the temple daily. Fo Guang Shan Xiang Yun Temple has some sessions for meditation, someone who works with medicine and practices of acupuncture, and a vegetarian food fundraiser for the temple.

Learn more about Asian culture and history at these events and places.

After a 13-city tour, this Smithsonian traveling exhibition comes to the Heard-Craig Center for the Arts. It features historic moments of the early Asian immigrant experience—from panning for gold during the Gold Rush to fighting in the Civil War. The show runs Feb. 8 through April 23.

Replenish your soul and your energy at this Alamo City gem. Take in the lush vegetation of the tea garden, then grab a bite to eat at Jingu House, the on-site restaurant that offers bento boxes, noodle bowls, sushi, and New Year’s specials on pot stickers and a lobster sushi roll.

Named a Time magazine Person of the Year in 2018, Bangladeshi photographer Shahidul Alam has documented the “majority world” for more than 40 years. This exhibition at the Asia Society of Texas displays 60 of his photos featuring life in his home country.

From folklore readings to origami lessons to exhibitions, including one featuring 517 Hakata dolls in the newly opened Hakata Hall, this center offers all kinds of interesting activities and artwork to celebrate the many different cultures of Asia.