Rio Hondo, Taylor, Fort Worth and 27 other cities split $15 million through the annual recreation grant program 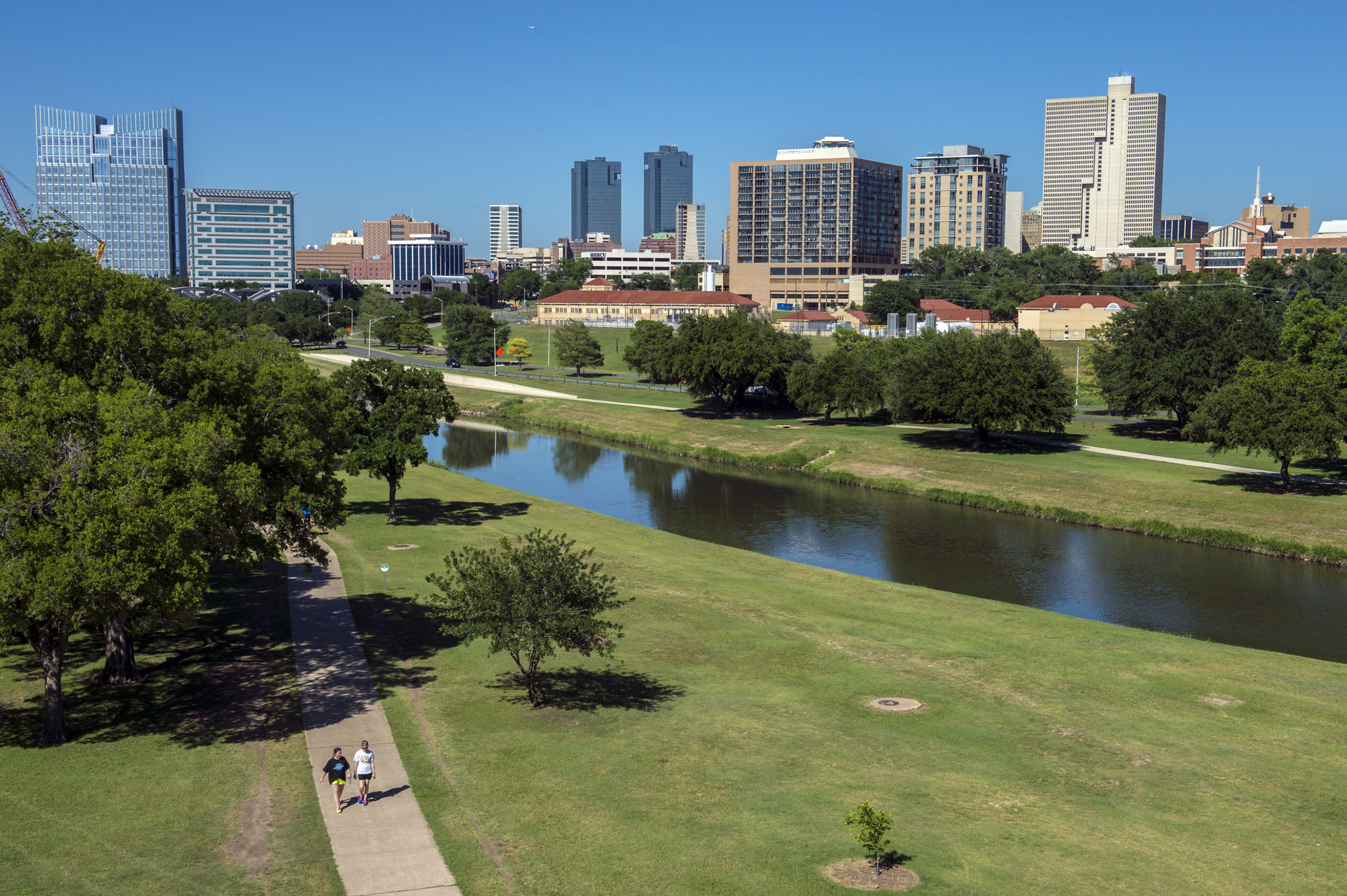 Trinity Park in Fort Worth. Photo by Kevin B. Stillman.

When city officials in Rio Hondo wanted to connect their town’s park system with the neighboring city of Harlingen and birding trails along Arroyo Colorado, they envisioned a plan that includes a new pier and dock and nature trails. But coming up with all of the money for the project would be a challenge. So, they did what a lot of small communities do: they applied for a grant through a program that helps fund new recreation opportunities across the state.

Since 1996, the Texas Parks and Wildlife Commission has awarded both small and urban communities with matching grants that provide money to build trails, gardens, playgrounds, sports fields, and other parks projects. Last week, the commission announced more than $15 million would be awarded in grants to 30 cities.

Among the projects? A splashpad in San Saba, hiking trails in Edinburg and along the Leon River in Belton, sports fields in New Braunfels, a basketball court in Center, and bike trails in Clear Lake City. In tiny Cactus, just south of the Oklahoma border, officials won a grant that will fund, among other things, a court to play sepak takraw, an Asian form of kick volleyball played with a rattan ball.

In South Texas, Rio Hondo’s $650,000 grant will allow the city to build its pier and dock along with a kayak launch. “That way people can canoe back and forth, about 5 or 6 miles over water,” says city administrator Ben Medina. The grant will also go toward nature trails, a pavilion, bird blinds, and restrooms at the Rio Hondo Boat Ramp Park. The project should be finished by late 2022.

In North Texas, a $1.5 million grant will pay to rebuild two dilapidated sections of the marsh boardwalk and construct a concrete loop trail at the Fort Worth Nature Center and Refuge, along the West Fork of the Trinity River, where visitors can glimpse white-tailed deer, pileated woodpeckers, a bald eagle, and even a resident alligator.

“It’s the largest capital investment in the Fort Worth Nature Center in the last 50 years,” says Joel McElhan, capital program manager for the Fort Worth Parks and Recreation Department. “The boardwalk is a focal point of the extensive trail system around the nature center. As far as being at the waterfront and seeing wildlife, this is a great opportunity for the public to experience that.” That project should be completed in 2021.

Some communities got more creative for their grant.

Taylor, about 30 miles northeast of Austin, is using its $107,351 grant to purchase durable, built-to-withstand-the-elements, outdoor instruments that will convert a corner of Murphy Park to a music-themed play area. The quartet of instruments and a separate solo instrument will be arranged on a treble clef-shaped pad between the lake and swimming pool. Each instrument will come with a QR code that, when scanned, explains how to use it.

According to Julie Rydell, founder of Good Life Taylor, the nonprofit organization that is spearheading the Percussion Park project, the city wanted a park where both grandparents and grandkids could play.

“Music is universal. You don’t have to know a language to appreciate it or participate in it,” she says. “The idea is for [the project] to be an all-abilities, all-ages playground. No matter if you’re 3 or 93 years old, or if you’re in a wheelchair, you can enjoy it.”

You can read more about the program and see the full list of cities receiving grants here.