My Favorite Texas Trip: From Rome to Cedar Creek

When COVID-19 thwarted a group's plans to travel to Europe, they pivoted to a small town east of Dallas 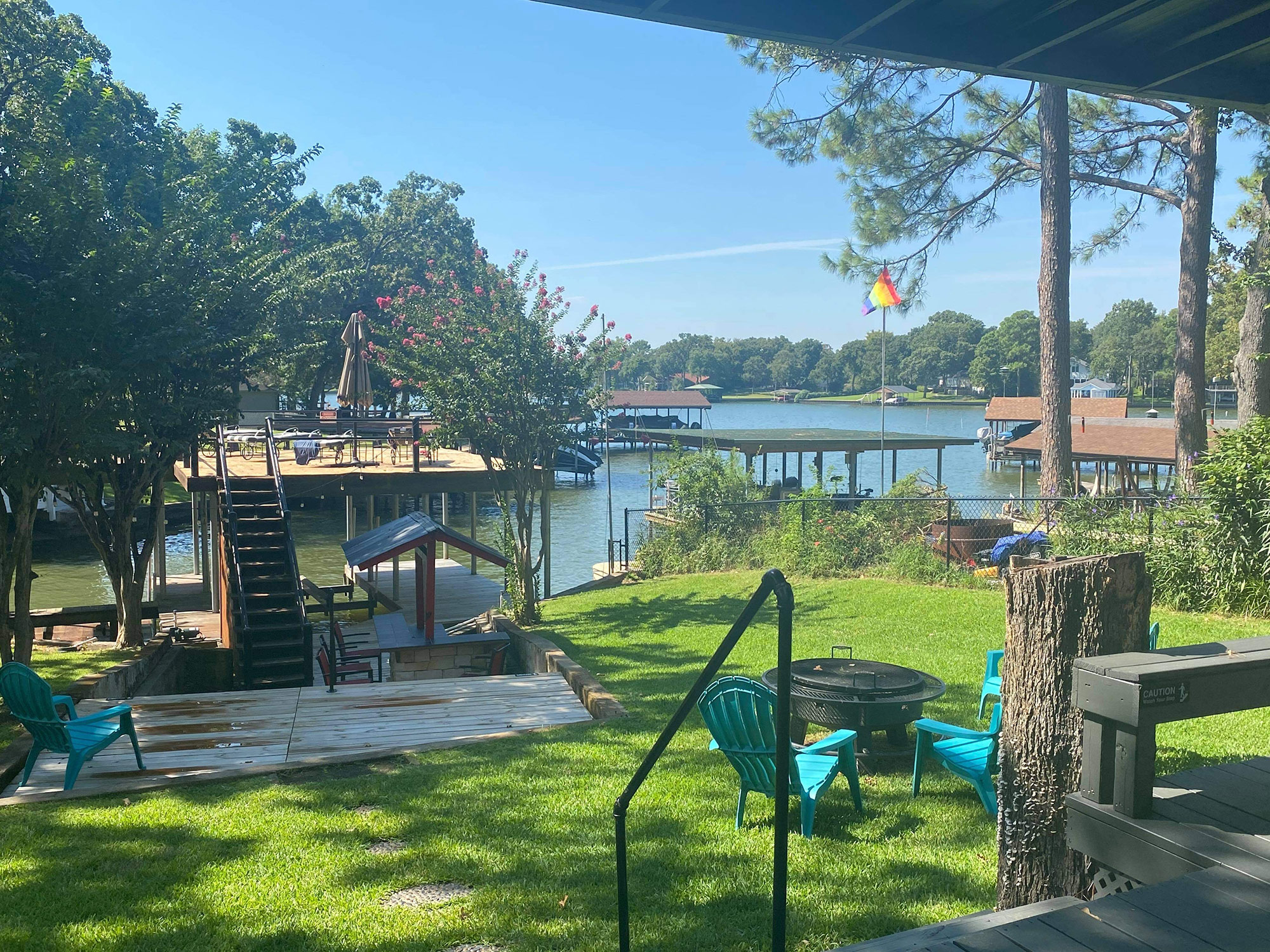 After plans for a trip to Rome were thwarted, the writer and her friends rented a vacation home on quiet Cedar Creek Reservoir. Photo by Travis Rhoads

It was painful to give up Italy. When COVID-19 locked world travelers inside their own countries, my friends rushed to get reimbursed for our round-trip flights to Rome. At $500, our tickets had been a steal that came from months of stalking discount sites. It wasn’t until the refund hit my bank account that I accepted I would not walk the cobblestone streets of the Eternal City. But my travel companions—my sister, Grace, and our friends Travis and Spencer—and I still wanted an escape from the Dallas-Fort Worth Metroplex. So Grace booked us a vacation rental in the East Texas town of Cedar Creek for a long summer weekend. 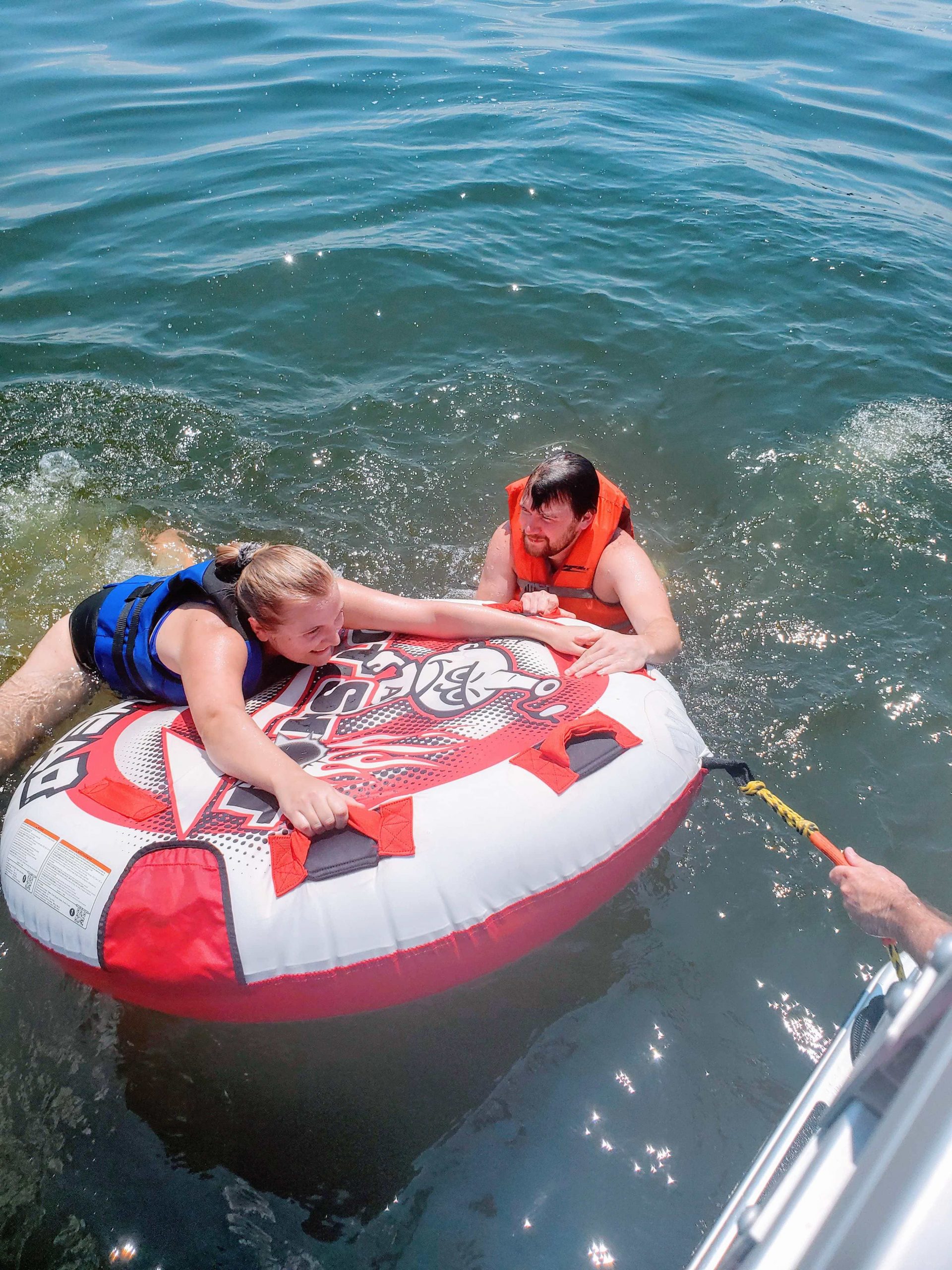 The writer struggles to get back on her tube after a wipeout. Photo by Grace Mueller

Rolling up to the triangle-shaped lake house nestled in a cove on Cedar Creek Reservoir, I was unconvinced that our little lakeside vacation could compete with an international adventure. We were only an hour outside of Dallas, and the number of antiques shops with rusting wares out front was a clear sign that we’d left civilization behind. Even this lakeside house with a huge backyard, an outdoor bar, and a two-story deck with a sunbathing platform couldn’t stop me from dreaming of biscotti and espresso. I went straight for the wine to remedy this feeling. I was three glasses in when we went to stargaze on the top deck, where I lay on a chaise and stared up at a star-strewn sky impossible to see in the Metroplex’s light pollution.

“Look!” gasped Travis, too in awe to shout. “A shooting star!”

We squealed like children, pointing in every direction as stars tumbled down. I made a wish and started to believe that this vacation could be something great.

While the majority of our trips are meticulously organized, this one we played by ear. On Saturday we spent five hours in blow-up inner tubes at Tom Finley Park, an unexpected beach-like paradise on the east side of the reservoir. I spent the day riding the soft wake of passing wave runners, wondering if I’d ever actually been this relaxed on a vacation before. Relaxed, that is, until a group began blasting music and disrupting the calm atmosphere. When Travis began throwing mud at them, we decided it was time to leave. 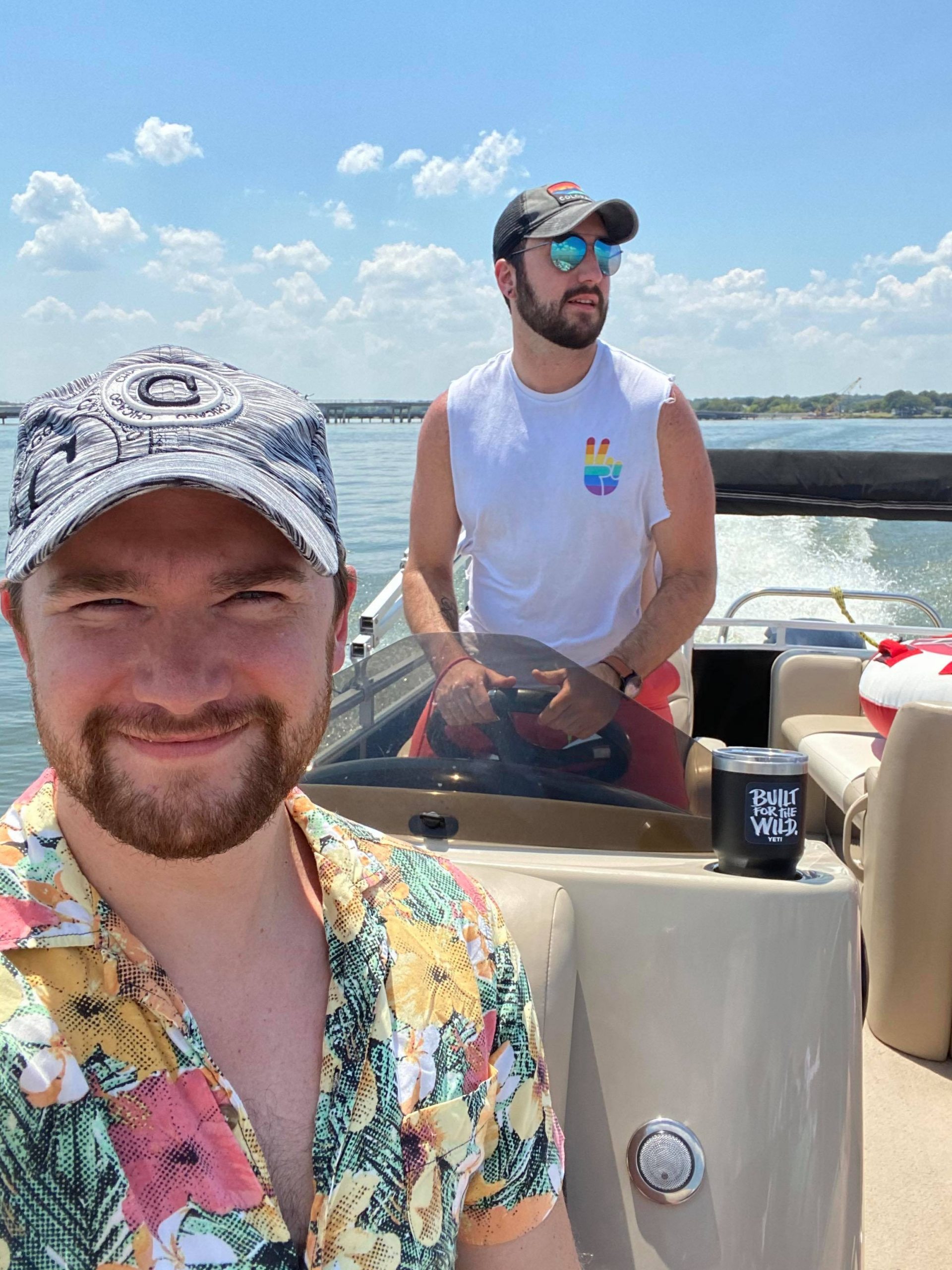 We were too late to book wave runners during a busy summer weekend, but Spencer found a deal on a boat at a rental facility nearby. A local guided us out of the dock, warning us that our boat was brand new and the fastest pontoon he’d ever seen. When I nearly gave Spencer a concussion while tubing together at full speed, we realized he hadn’t been joking.

I was thrown off my tube plenty of times, and there was a moment each time when I was alone in the middle of the reservoir with just the dark, deep water below. It was quiet, but not eerie—a silence rarely found in the Metroplex. I leaned back in my life jacket to look up at a blue sky with wisps of water-color clouds and waited for my friends to turn the boat around and pick me up. Rome, I figured, was probably a loud city. Nothing like this.

We spent the evenings watching outdoorsy reality shows and wondering who would survive. We ate junk food and and talked about the trips we’d gone on before and the ones we still hoped to take. At breakfast we drank mimosas on the porch and pretended the four of us owned a lake house together and we lived this life every weekend. Italy was still in our dreams, but it was far away now, and we were too busy that weekend making memories just an hour from home to worry about it.