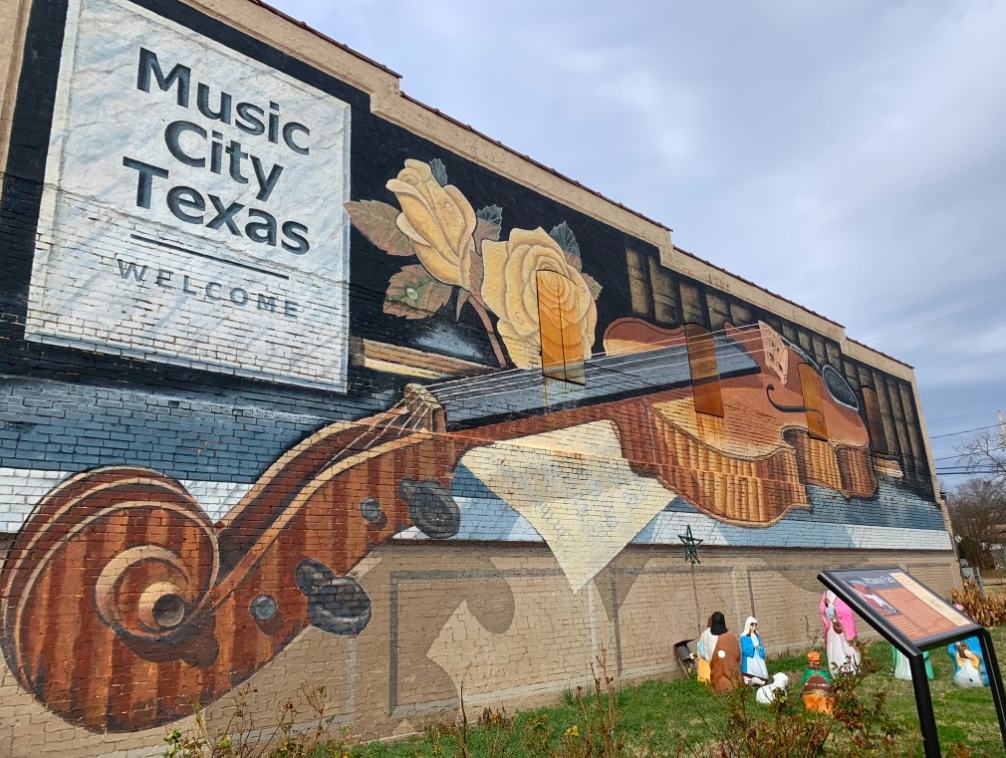 Last December, I set off on a road trip; the solo kind, where the scenes outside the window and music are the driver’s only companions.

I grew up road-tripping through our great state, but wanted a new destination. When my next day off came, I set off East from Dallas while the moon was still glowing. My direction was chosen mostly because my sister lives in East Texas so if my day trip needed to be longer, I had a place to crash.

I drove down Interstate 30 while soft classic rock jammed on my radio. It was only my car, plus trucks and a few other traveling souls, on that dark highway. About two hours into my trip, the sun started to rise over the fields. At first it was just gold light that broke through the mist, but as the road continued, pure orange and lavender light of the eastern sunrise showed in all its glory. I pulled over to the side of the road to take in the pure beauty and peacefulness it offered.

I love driving on Southern interstates. It doesn’t matter what direction or goal is in front, just as long as I have a clear path to drive while my favorite music plays. I love taking in the nature around me and seeing cars going West and others heading East, split by tall trees and flanked by gas station signs. I made it to Texarkana by mid-morning. Thirty minutes later, I was on the back roads. The ones that shuffle your wheels over the dirt and pass semi-deserted towns and fenced-in fields. My map showed me my desired destination, and I was on my way to a town.

As I passed into Cass County, the perfect song came on as I drove down those empty streets. I parked my car in front of the Linden barbershop. No one was around. A water tower with the town’s name rose above the classic courthouse square layout. A mural on the side of one building celebrated the town’s musical history. Most of the businesses were closed, some seemingly permanent while others just had odd hours. I entered into the only boutique that had its doors open and was greeted warmly by the women who helped run it. When I saw Linden on the map, I knew I had to pass through, due to my love of 1970s rock ‘n’ roll, but I didn’t realize that my trip would make me remember small and simple joys that make travel so worthwhile.

Over the hour that I was in the store, I was brought into the lives of these townspeople. Yes, I heard stories about Don Henley as a long-haired teen and the background history of Felicity/Shiloh, his first band. However, I also heard about the town’s volunteers who help when people are in need, the plans to open up more places and let the history of the town shine, and all the native creations the shop sold. I was given suggestions on what to visit as I continued on my journey.

As a city person, I often forget how personal and sincere people can be to strangers. I forget that Texas is, at its heart, founded and continued through people like these locals. They care about everyone who they meet or maybe never meet. They work hard and face struggles different from my own, but they continue their fight for a life that is simple and beautiful. I also remembered why I love to travel. It’s not just the road I love, but the things I unexpectedly gain too.

My time in Linden was short but I knew, as my car made its way towards Caddo Lake State Park, it was exactly what I had needed in my life. My conversations gave me a small but vital reminder of personal passions and loves I shouldn’t be forgetting. It gave me a chance to connect with strangers who became friends and to learn from their kindness. My East Texas road trip was short but wonderful. I can learn a lot on road trips–some from the deep thinking I do while passing trucks and signs—from the people I meet along the way. My small world got bigger when I left the big city and drove into a small town.