When developers forced out an African American cemetery, the family of former slave Hollie Tatnell fought to keep her grave 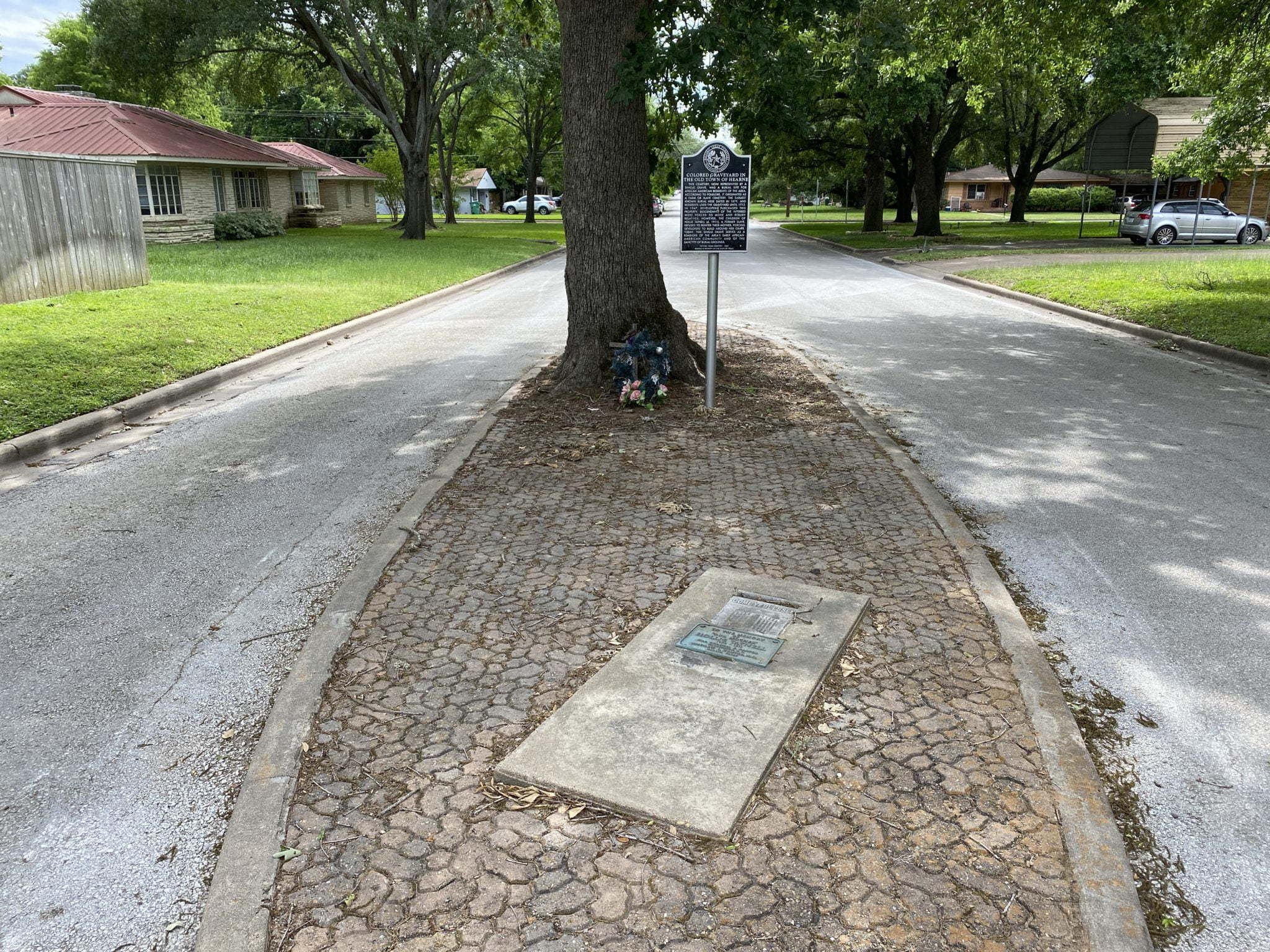 If you’ve ever traveled through East Central Texas—say, from Austin or Dallas to College Station—you’ve probably passed through Hearne. The small town of a few thousand proclaims itself “the crossroads of Texas.” It sits at the junction of three major highways and two Union Pacific Railroad lines.

But drive down Wheelock Street on the south part of town, and you’ll find a less obvious piece of Hearne history: the grave of Hollie Tatnell. It’s on a median right in the middle of the road. According to the Texas Historical Commission, the grave is the last remnant of an African American cemetery that dates back to at least 1879. The graveyard closed in 1912, and in 1947 developers bought the land to redevelop it into a residential area.

The story goes that descendants of those buried at the cemetery were forced to move their relatives’ graves elsewhere. But one family held out. The children of Hollie Tatnell, a formerly enslaved person, refused to move their mother’s grave. So, the developers built around it.

“Today, this single grave serves as a reminder of the area’s early African American community and of the sanctity of burial grounds,” the state historical marker reads at the site.

There’s not a lot known about Hollie Tatnell, says Margaret Salvaggio, a Hearne City Council member and executive director of the Hearne Chamber of Commerce. Salvaggio was born and raised in Hearne and has known about the grave for as long as she can remember. When she worked at the local newspaper, the Robertson County News, years ago, someone asked her about the grave, so she decided to start looking into it some more. She learned Tatnell was born into slavery and died a free woman. Her research prompted her to place flowers at the grave. Others followed.

“My brother and I went and bought flowers, a little wreath, and put it on the grave,” she says. “Everybody kind of fell in place after that. It’s been years and years. I really need to do it again. She deserves to have recognition.”

Tatnell was born in 1859 and died in 1911, according to her gravestone. When she died, she was buried at the cemetery, which is believed to have started as a burial ground for slaves. After emancipation, it was used as a cemetery for African Americans.

Today, her grave is the only known remnant left of the cemetery. In 2007, the Texas Historical Commission placed a marker next to it, deeming it a Historic Texas Cemetery.

Salvaggio wishes more was known about Tatnell herself. Just the other day, Salvaggio was with her granddaughter who spotted the marker in the middle of the road and started asking questions.

“Who is that? Why is she so special?” her granddaughter asked.

“She just got really curious about it,” Salvaggio says. “She just had a thousand questions, and I couldn’t answer them.”

But there is one thing Salvaggio does know about Tatnell. “She’s a part of us,” she says. “I mean, this is a part of Hearne.”